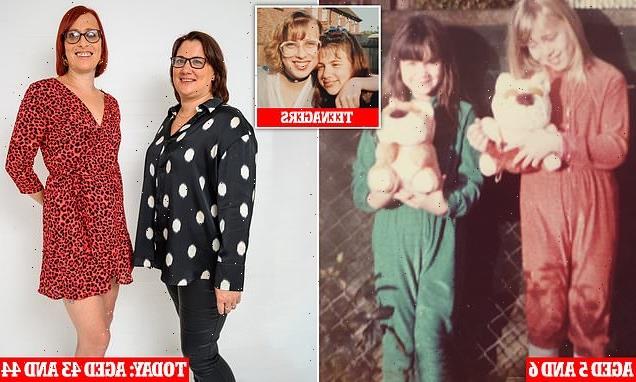 The real winners! Sisters who went 15 years without speaking after ‘drifting apart’ in their 20s reunite after meeting by chance in bingo chatroom where screen names masked their true identities

Two sisters who had completely lost contact for 15 years and last saw each other in person as teenagers celebrated a full house when they were reunited by chance over their love of bingo.

Amanda, 44, who lives in Ipswich, Suffolk, and Melissa Paterson, 43, from Colchester, Essex, were reacquainted when they started talking in a bingo chatroom in February 2020 – their true identities masked by usernames – only for their many common links to soon expose their true personas.

Carer Amanda, a mum-of-four, who is single, said: ‘Melissa and I were very close growing up, we were inseparable.

‘Our mum loved bingo and used to take us with her. I’ve always had fond memories of us playing bingo together. 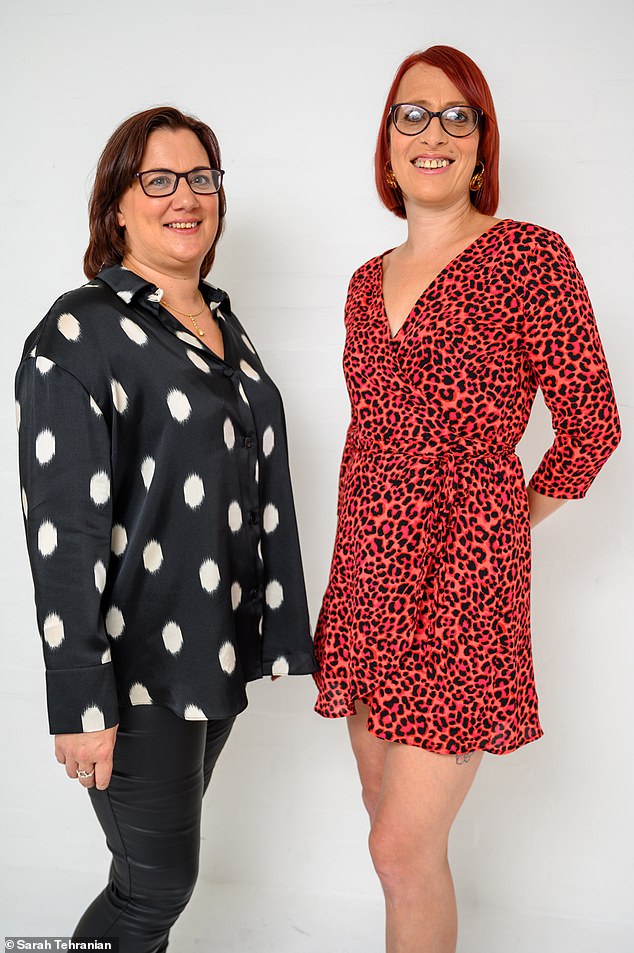 Sisters Melissa, 43 and Amanda Paterson, 44, pictured, grew up together in Colchester, Essex, before drifting apart. They were reacquainted when they started talking in a bingo chatroom in February 2020, 15 years after growing apart following their parents’ divorce

‘But our parents got divorced and I think we both took it pretty hard. I left home quite early on and I just took my own path. Melissa took her own path too.’

While Melissa, who is currently not working because of the pandemic, stayed in their hometown of Colchester with her partner Carl, 48, a painter and decorator, and their two children, Amanda moved away.

They drifted apart and, for 15 years, had no contact at all.

‘I would think about Melissa all the time,’ explained Amanda. ‘But the more time that went by, the less I felt like I could reach out to her. 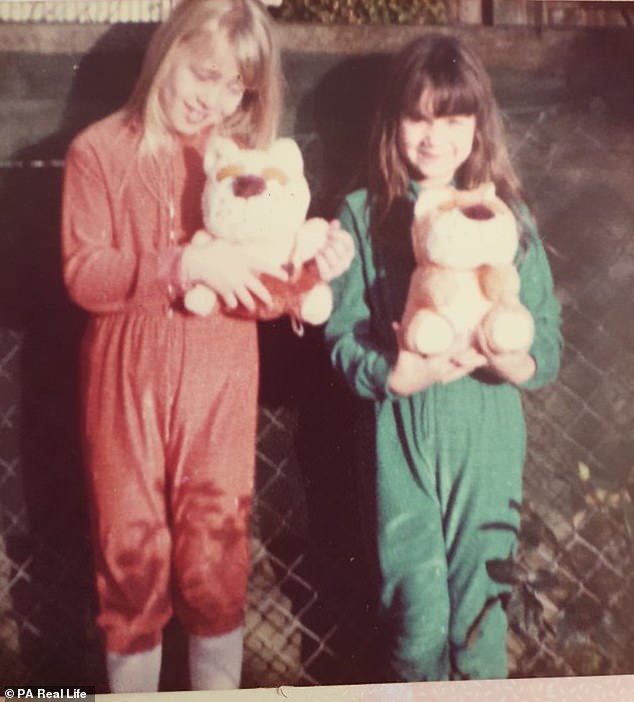 The sisters were close growing up, pictured when Amanda was six and Melissa five, but when Amanda moved away from Colchester in the early 2000s, they grew apart

‘She had her own life, I had kids and I had heard through the family grapevine that I knew she’d had children.

‘I didn’t want to interrupt her life and I was also scared of the possibility of rejection. We’re both quite stubborn, so we both just kind of dug our heels in.

‘It became longer and longer since we’d spoken and reached a point where I wasn’t sure if she would even want me in her life.’

Eventually accepting that she may never see her sister again, Amanda was astonished when, in February 2020, she realised the true identity of a woman she was talking to in a bingo chatroom. 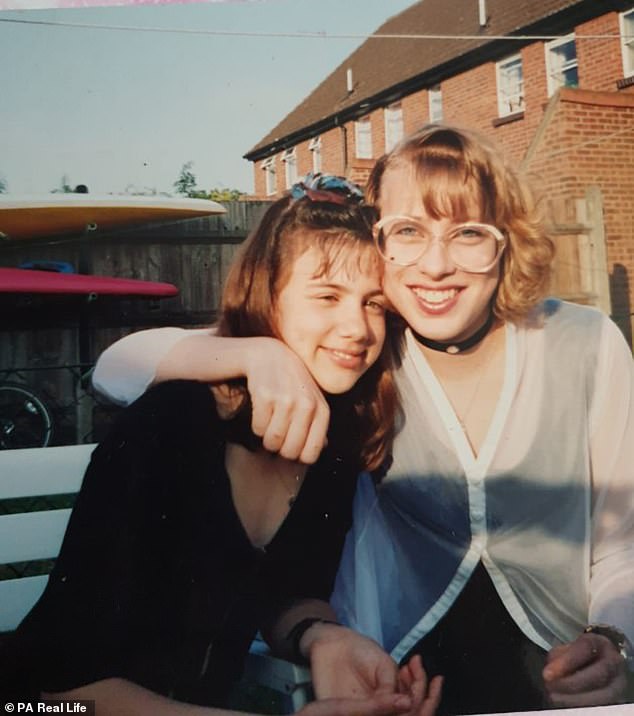 Amanda, 16, and Melissa, 15. They both joined the same bingo chatroom and got to talking under pseudonyms before realising they were each other’s estranged sisters

‘We both happened to be in a Mecca Bingo chatroom,’ explained Amanda. ‘There’s quite a nice community and I like chatting to other people I’m playing with online.

‘I was quite isolated just before lockdown, because my daughter had chickenpox, so I was just reaching out for a bit of adult conversation.

‘I noticed someone in the chatroom say they were from Colchester, my hometown, so I struck up a conversation with her.

‘We were chatting about the area and whether we knew any of the same people. When she mentioned the school she went to, I was stunned, as it was my old school.

‘I started to get a hunch, I can’t explain it, it was just a feeling. I asked what her age was and realised she was the same age as Melissa.’ 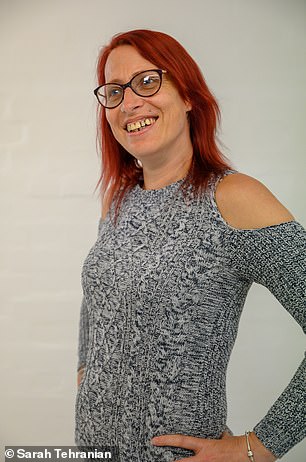 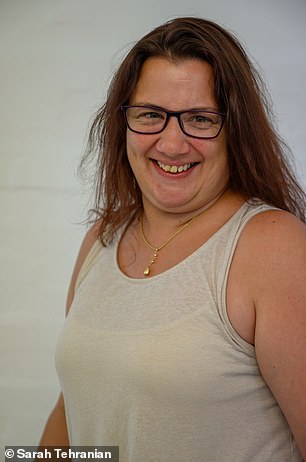 Amanda, left, said she thought about contacting Melissa several times throughout the years but was afraid her sister would reject her. Melissa, left, said the pair often reminisced about their childhood now that they have reunited

When Amanda revealed it was the same year as her sister was in, intuition told her this so-called stranger was in fact her sister.

‘I just knew it was her,’ she said. ‘She was telling me that she had children and they were all the same age that I knew Melissa’s children would be. There were too many coincidences.’

Convinced she was right, Amanda typed out, ‘Hi sis.’.

“She said: ‘Melissa typed back, “Amanda?’ and I burst into tears.

‘Neither of us had social media, so the site manager arranged for us to swap numbers – something we couldn’t do in the chatroom due to their rules – and we rang each other immediately. 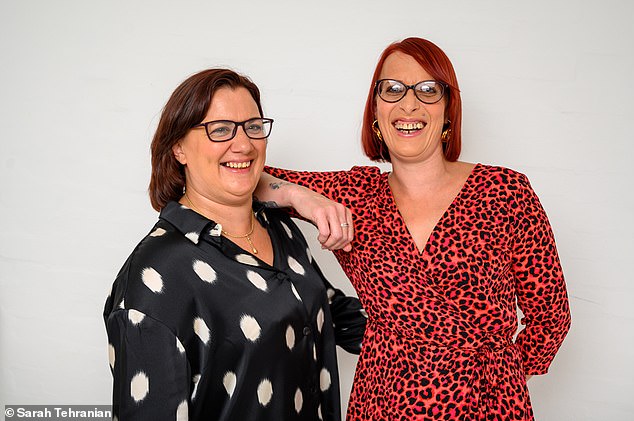 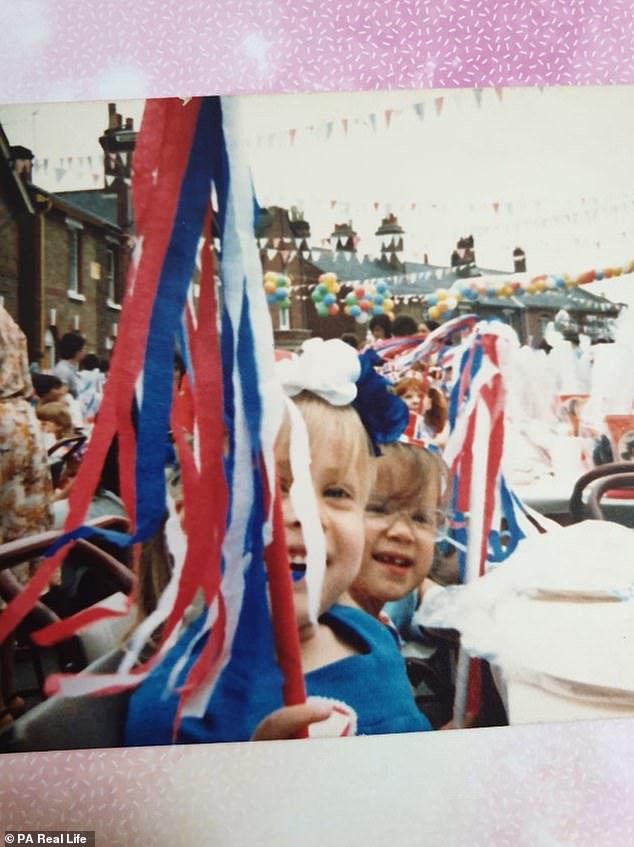 The two sisters were like two peas in a pod growing up, pictured when Amanda was four and Melissa three. They loved to accompany their mother at bingo, which is what drew them to the same online bingo hall

‘That first phone call lasted hours and we haven’t stopped talking since.’

The pair were due to meet face to face for the first time in 15 years in March 2020 but, due to the pandemic, the reunion was postponed.

Instead, over the May Bank Holiday weekend this year, the long-lost sisters joined each other with their children on holiday in Great Yarmouth, Norfolk.

Amanda said: ‘Seeing each other in the flesh for the first time in so long was surreal, but now it’s as if no time has passed at all.

‘It was really special that we had a holiday together and got to know each other’s families. Our extended family has grown so much for the kids now that we’re back in touch.

‘We made an agreement when we first started talking that we would just let go of the past, not dwell on any hurt feelings, because it’s time to look to the future now.”

Since celebrating their reunion, the sisters have become so close that they now plan to spend Christmas together.

‘We plan to spend all of the big holidays and birthdays throughout the year together,’ explained Amanda. 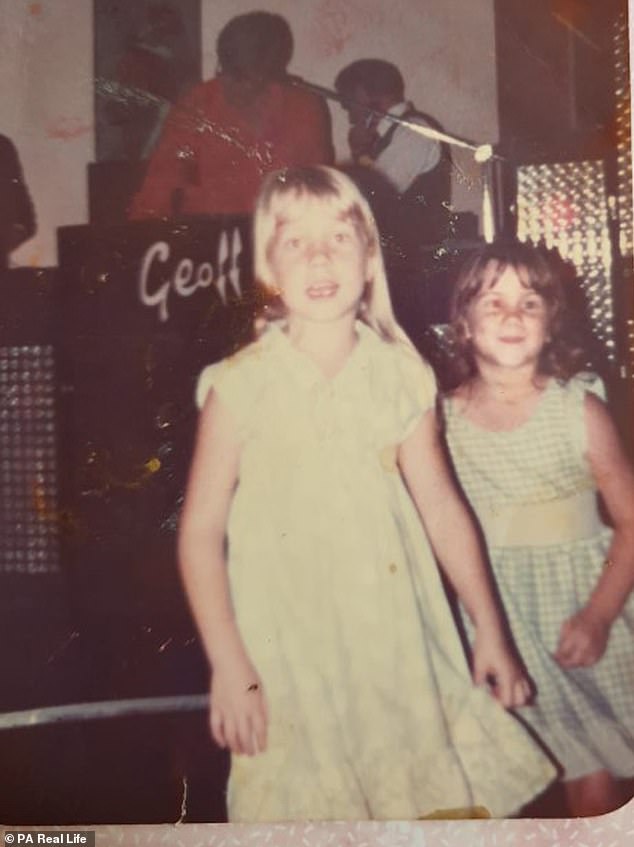 Amanda, seven and Melissa, aged six. They used to make up songs and sing them to each other. Now they plan playdates for their kids to go to the amusement arcades

She said: ‘We talk a lot about the fond memories we have from our childhood, all of the silly things we used to say and do.

‘We used to make up little songs and sing them to each other. We’d play together in our grandparents’ garden and we have fond memories of going to the seaside and enjoying the fairground rides.

‘Now we take our kids to the amusement arcades together and have a go on the penny slots, just like we used to when we were children. 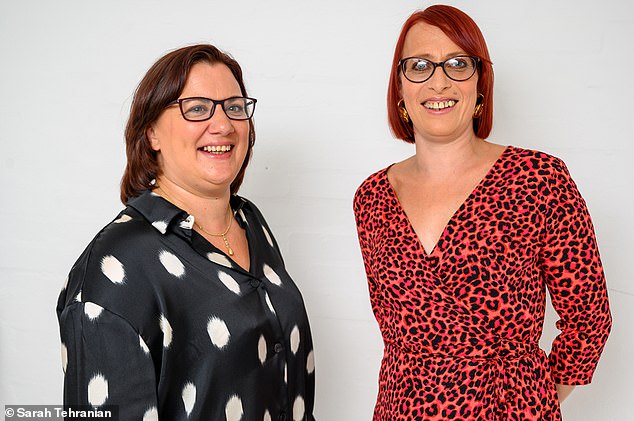 With Covid-19 restrictions easing, the sisters, pictured, are hoping to bring their families together at Christmas

‘It’s nice to be able to bring a part of our childhood to our children’s lives, too, and to show them what we experienced.’

Since being reunited, the sisters have also indulged their love of bingo.

‘As restrictions are easing, we were able to go to bingo in person together, which just brings everything full circle for us,’ Melissa said.

‘We both remember going when we were younger and it’s what brought us back together again now.

‘We’re so grateful to the Mecca Bingo manager who helped us to swap numbers.

‘Just like when we were kids, we’re inseparable again now, and we’re making up for all the lost time.’