Home » Lifestyle » So Cute! Why Alanis Morissette's Daughter Only Calls Her By Her Full Name 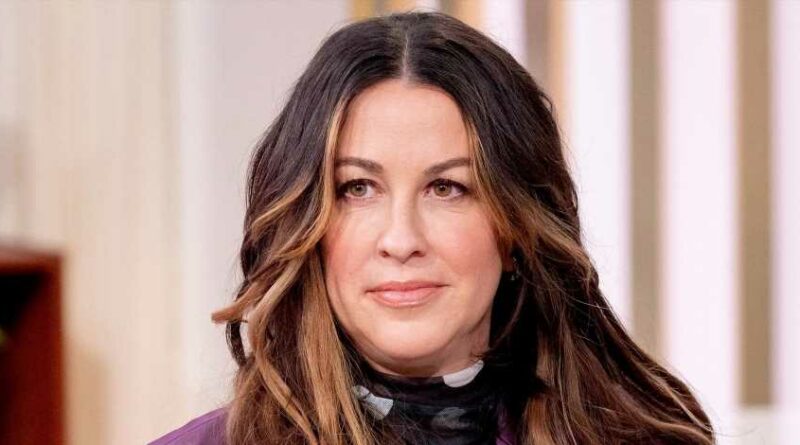 She oughta know! Alanis Morissette’s daughter, Onyx, may be only 6 years old, but she’s mature beyond her years – even choosing to address the singer by her full name.

“My daughter has taken to calling me by my full name because she notices that no one uses my full name when we’re in personal environments,” Morissette, 48, said during the Thursday, October 20, episode of Audacy’s “Gary Bryan Morning Show.” “So instead of saying ‘mom,’ she’ll say, ‘Alanis Morissette.’”

The “Ironic” singer, who shares three children — sons Ever Imre, 11, and Winter Mercy, 3, and daughter Onyx — with husband Mario “Souleye” Treadway, didn’t share whether her other little ones have also adopted the hilarious trait, but she did reveal that all three kids are big fans of her music.

“They do [listen], even when I’m like ‘shut that off!’” Morissette quipped. “They’re so sweet.”

The Canada native is known for her unique parenting methods. In May 2020, the American Music Award winner opened up about choosing to homeschool her children through “unschooling,” which she described as “child-led education.”

“So if there’s some agenda like, ‘Let’s play with these magnet tiles,’ and my daughter is like, ‘F–k those tiles. I want to put glitter on that thing and cut the tree,’ boom — we do that,” she told Health magazine at the time. “I basically get inside their eyeballs. I’m constantly watching their eyes and what they’re pulled toward, and then we do the deep dive.”

Admitting that “unschooling” requires “24/7” learning, Morissette and Treadway, 42, even set up their home to help with their kids’ studies. “My husband and I create pods all over the house — here’s where the spelling area is, and here’s where the fake animals are. There’s probably a better definition of un-schooling, but there’s no rigidity to it,” she shared at the time.

The songwriter, who has been vocal about her struggles with postpartum depression over the years, also said that she doesn’t shy away from talking about mental health with her kids. “We talk about therapy all the time,” she explained. “And then with feelings, it’s a big deal for me to let them feel all the way through. I want to give them the feeling that they’re not alone, that I’m right here and they can feel it all the way through.”

In August 2021, the “Jagged Little Pill’ artist told Today that her PPD got “progressively worse” after each time she gave birth, noting that she only came out on the “other side of it” because of things like therapy and medication.

“I had a lot of shame around being medicated,” said said. “But it kept me alive and I have zero regrets. If it’s needed, just do it.”