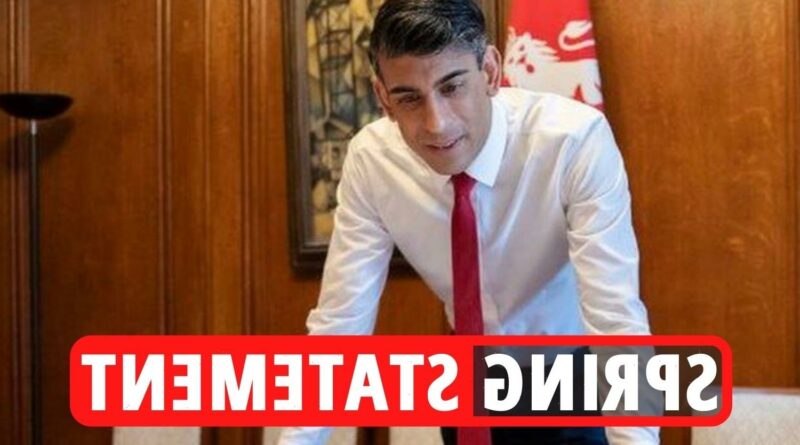 RISHI Sunak will lay out plans to help families through the cost of living crisis in his Spring Statement in around 15 minutes time.

Brits will be hoping the Chancellor unveils a host of measures that will ease worries about household bills when he speaks in the House of Commons.

The Spring Statement will immediately follow Boris Johnson's latest appearance at Prime Minister's Questions, which is currently underway, so it's likely the Chancellor will begin his statement around 12:30pm.

The Chancellor is under pressure to tackle issues like the energy price cap increase and soaring petrol prices following Russia’s invasion of Ukraine.

Measures such as a £150 council tax rebate are already in place, but a previously announced increase in National Insurance contributions also looks likely to get the green light today.

Drivers could also be in line for a cut to fuel duty of at least 5p with the Chancellor expected to slash the hated 57.95p levy — the first cut since 2010 and a 11-year freeze.

And hopes are rising that he may also slash the Universal Credit taper rate even further to help the lowest paid get another tax cut.

You can follow minute-by-minute updates on the latest Spring Statement announcements, developments and reaction over the course of the day on our live blog below.