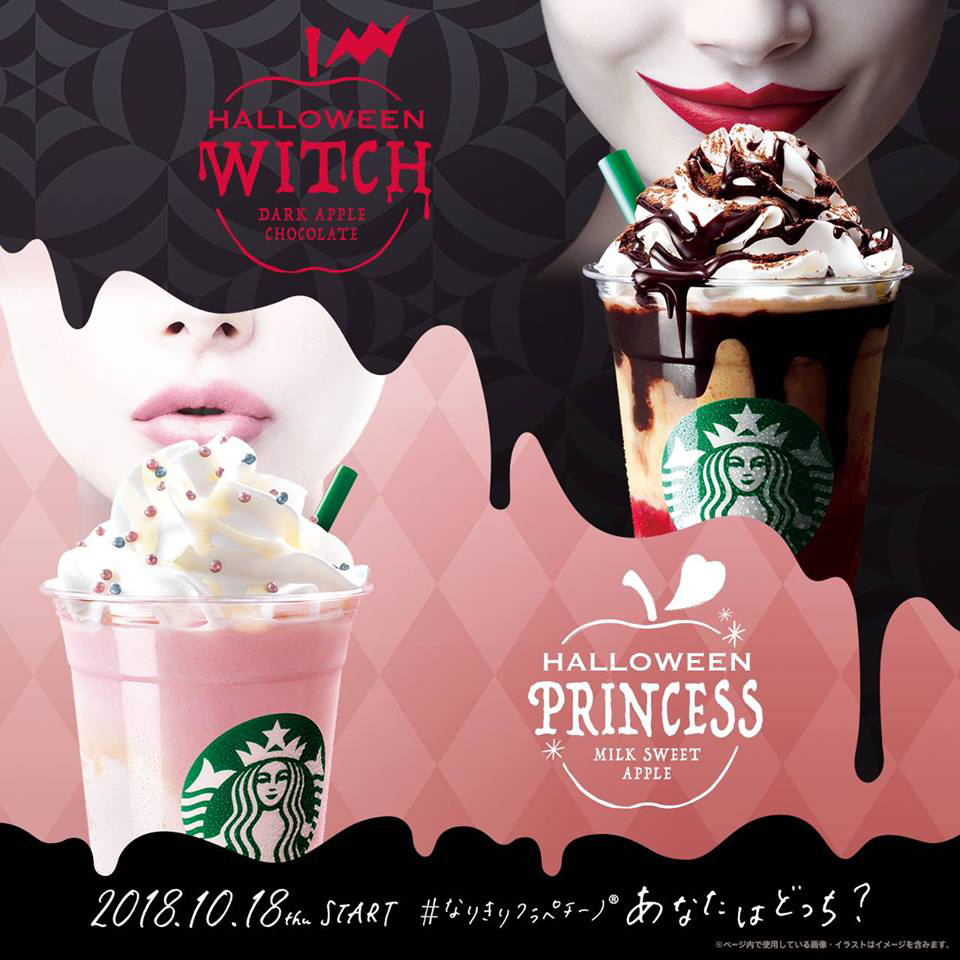 Starbucks Japan is getting in the Halloween spirit with not one, but two festive Frappuccinos. The blended drinks, which are being offered for a limited time starting on Thursday, October 18, go beyond the chain’s normal flavor distinctions and are instead named after popular costumes, making them tailor-made for the upcoming holiday.

The Halloween Witch Frappuccino features an apple base meant to be reminiscent of candy apples, and also boasts a “bold red apple compote” layered with a crumbled caramel cookie that’s blended with milk, according to Hypebae. Chocolate sauce is then swirled in the drink, which is ultimately topped off with whipped cream and an additional helping of chocolate sauce. Aesthetically speaking, the beverage is a mix of deep red and dark brown hues, which gives it a spooky feel.

While the Halloween Princess Frappuccino also boasts an a foundation of apple flavors, the light pink drink is vastly different from its witchier counterpart. For starters, the apple compote foundation in this drink is fused with milk and white mocha sauce, giving it both that pretty pastel color and refreshingly sweet flavor. Since the caffeinated beverage is named after royalty, it’s finished off with a tuft of whipped cream and delicate, pearl-like sprinkles that sparkle.

And since a Frappuccino on its own is never enough, Starbucks Japan is also selling witch and princess-inspired doughnuts to go along with the drinks, which are available at select locations in Japan through Wednesday, October 31.

So is a flight to Japan the only way to taste drinks? Thus far it’s unclear if Starbucks fans in America will also get to enjoy these Frappuccinos, but there’s certainly an interest in them. “Just shut up and take my money!” one fan wrote. Another asked: “Why does Japan have such amazing variations?”

Tell Us: Would you drink a Halloween Frappuccino?

How can I help Black Lives Matter and where can I donate and sign petitions to support the movement? – The Sun

Canada's Trudeau, backed by rivals for now, has little chance to cash in on popularity boost
Travel