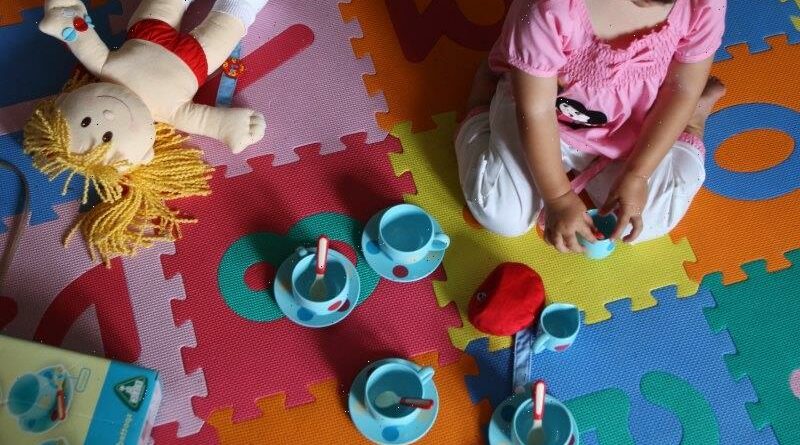 A debate over the federal government’s support for childcare spilled over into a heated argument during a meeting of Coalition MPs where some were accused of mansplaining and trying to pit working parents against stay-at-home mothers.

Nationals George Christensen and Matt Canavan and Liberal senator Gerard Rennick spoke out against legislation to increase childcare subsidies for families with more than one young child in care, instead wanting the government to provide more support for stay-at-home parents, multiple Coalition sources who were at the meeting said. 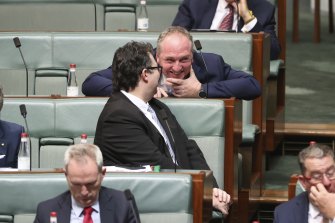 Education Minister Alan Tudge is proposing to increase the childcare subsidy for second and subsequent children when a family has two or more children aged under five in care. The changes would also lift the annual cap on how much high-income families could receive.

The $1.7 billion measure, set to start in July 2022, was the centrepiece of the women’s economic security package in the May budget.

Mr Christensen’s contribution to Tuesday’s debate was described by a colleague as particularly provocative, suggesting parents were outsourcing the care of their children to big corporations.

This prompted Nationals senator Perin Davey to caution her colleagues to be careful with their language and make sure they respected the choices of all parents, whether that was to stay at home or return to work.

Liberal MP Katie Allen, a paediatrician before entering Parliament, backed her up, telling the meeting they shouldn’t judge parents but rather encourage families to make the choices that were right for them.

Liberal senator Hollie Hughes made a “dramatic entrance” into the debate, in what was described by some as telling off the men in the room for “mansplaining” how mothers should raise their children.

“Not all of us are capable of or want to sit at home with our three-month-old watching Bluey,” she told the meeting.

She also pointed out not all childcare was run by large providers, many women ran family daycare operations, women in regional areas had particular difficulty accessing childcare and the government didn’t subsidise in-home care.

However, a senior government source said he didn’t view Tuesday’s debate through a gender lens.

Another MP, who didn’t contribute to the debate, said Senator Canavan and Mr Christensen were “completely out of touch” and should be brought into line.

In 2015, Barnaby Joyce and Senator Canavan were behind a push for then-Nationals leader Warren Truss to include more support for families where one parent was at home with children in the Coalition agreement. Mr Joyce is now in the midst of negotiating a new Coalition deal after he was elevated to leader of the Nationals on Monday.

The government expects the proposed changes to childcare subsidies will encourage 40,000 parents to work an extra day, however, Education Department officials were unable to tell a recent Senate estimates hearing whether that would be people taking on more hours or new workers entering the workforce.

Liberal MP Jason Falinski asked Mr Tudge during the party room meeting on Tuesday morning how many more spaces in childcare centres the package would create and what the government was doing in a structural sense to reduce the cost of providing care.

“How do we provide more opportunity for working parents to make their lives better? It’s about availability and prices. These measures go some way to doing that,” he later told The Sydney Morning Herald and The Age.