Steph & Dom solve your sex, love & life troubles: I haven’t had sex with my husband for seven years

TV’s Steph and Dom Parker, 51 and 53, draw on their 20 years of marriage to solve your relationship problems . . .

My husband and I are in our early 60s. We are happily married — except that we haven’t had sex for seven years. I don’t know how we got here. It started when I was going through the menopause: I really struggled with hot flushes, lack of sleep and loss of libido, and I went off the whole idea entirely. My husband was really patient with me. I never intended that it would last so long. I guess we just got out of the habit. Now, I’m feeling a lot happier in myself and miss that side to our relationship.

However, it’s become such a big deal that I have no idea how to bring it up with him. I’ve already tried a couple of times and bottled out. A part of me fears that maybe he just doesn’t find me attractive anymore. How can I make things right? 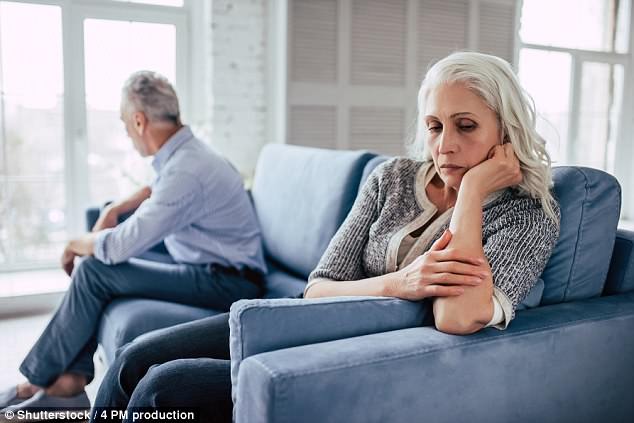 The other thing that worries me here is that this seems rather one-sided. You had a difficult menopause — and I sympathise with you on that — but now you’re through the other side, you’re worried he doesn’t fancy you any more!

What about your poor husband? Where is your concern for his feelings in all of this? This is all a bit too ‘me, me, me’ for my liking.

You’re feeling rejected now when you didn’t before. I wonder, why now? Has your husband’s behaviour changed towards you in any way? Is there something else going on here? Have you started to worry, rather belatedly, it has to be said, that he may be going elsewhere for sex?

I think you do need to bring it up with him, but be prepared to hear something you might not like.

You say you’re happily married, aside from the lack of sex, but I’m sorry to say I don’t find that reassuring. If anything is likely to start rows, it’s a problem in the bedroom. Many people are happy in companion marriages, but it generally does signify a cooling of the warmth of love.

And if your husband is happy with the status quo, and has been for seven years, then that might indicate a lack of libido.

People don’t talk about it, but a man’s sex drive can decrease with age, too. So, be prepared to accept it if your husband says he’d rather go to bed for a cup of tea and a good book than a good bonk!

You need to give him the opportunity to talk about his feelings and ask him how all of this is making him feel. He hasn’t had a voice in this for a very long time now. It wouldn’t be unreasonable of him to be angry and resentful.

And it’s not beyond the bounds of possibility that he has found his own solution to the problem. If that’s the case, you don’t have to shake stuff up just for the sake of it! You can repair most things, but you might need some help. Relate, or another counselling service, could well be helpful. 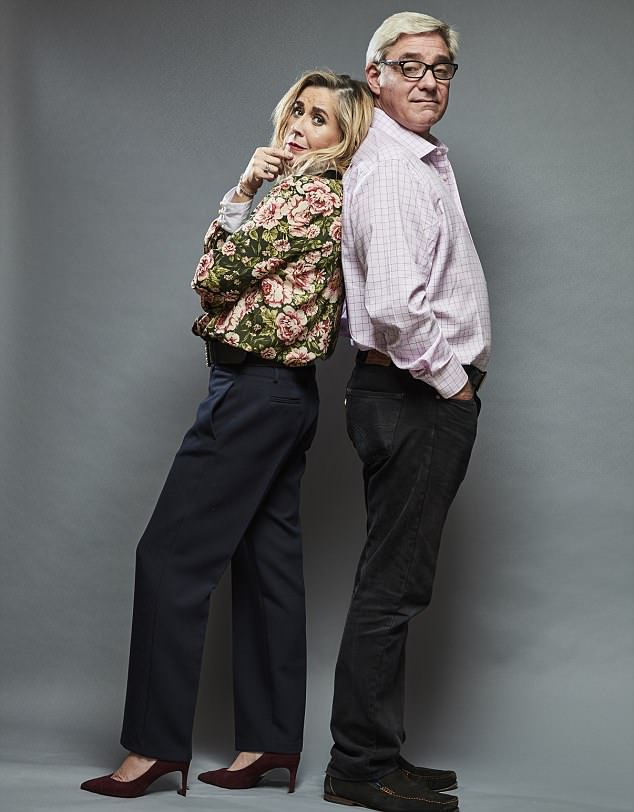 Steph and Dom (pictured) respond to the question with Steph saying: ‘It’s quite a breathtaking lack of communication’

Remember, you can’t go back and you can’t stay put, you can only move forward. I hope you do so hand-in-hand.

DOM SAYS: Well, I’m delighted to say I think your dilemma is eminently solveable. Seven years is a long time to go without sex but it’s also an interesting amount of time. Many people believe life moves in seven year cycles — the seven year itch and so on.

So, it’s intriguing you’ve chosen to write in now. Well done for summoning up the courage. You clearly feel ready for change.

The thing is there are two of you in this marriage. It’s not like your husband doesn’t know there’s nothing going on in the bedroom! I’m sure he’s very, very aware of the situation! It must have become a massive elephant in the room between you.

But the good news is, is can still be addressed — ideally with a simple, jovial conversation. If I were you, I’d pour you both a large glass of wine and just come out with it. Say: ‘Do you remember why we stopped having sex?’ or something like that. It’s important you phrase it as a question — you want to talk to him about it, not start a row.

It’s very possible that he’ll be a bit taken aback. After all, he’s spent seven years carefully ignoring the topic.

He’s probably been treading on eggshells for a long time. The last thing he’s going to want to do is to upset you, so you may find he’s reluctant to talk. Press on, but gently.

You may have hurt him deeply and rejection is a very difficult thing for a man to handle. You need to tell him, clearly, that were he to make an advance towards you now, it would be welcomed.

Then leave it alone. Tell him, but don’t show him. Who knows, you may provoke an immediate response, but if you don’t, don’t push it. He might need a bit of time to get his courage back up. And you owe him that!

Whatever you do, tread gently with this one. Make the first move by opening the conversation, then let him respond when he’s good and ready.

And be subtle. This requires a gentle chat, not a frilly nightie!