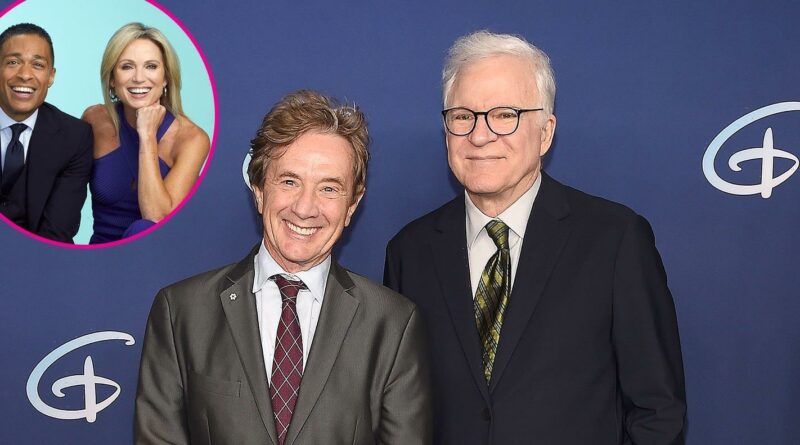 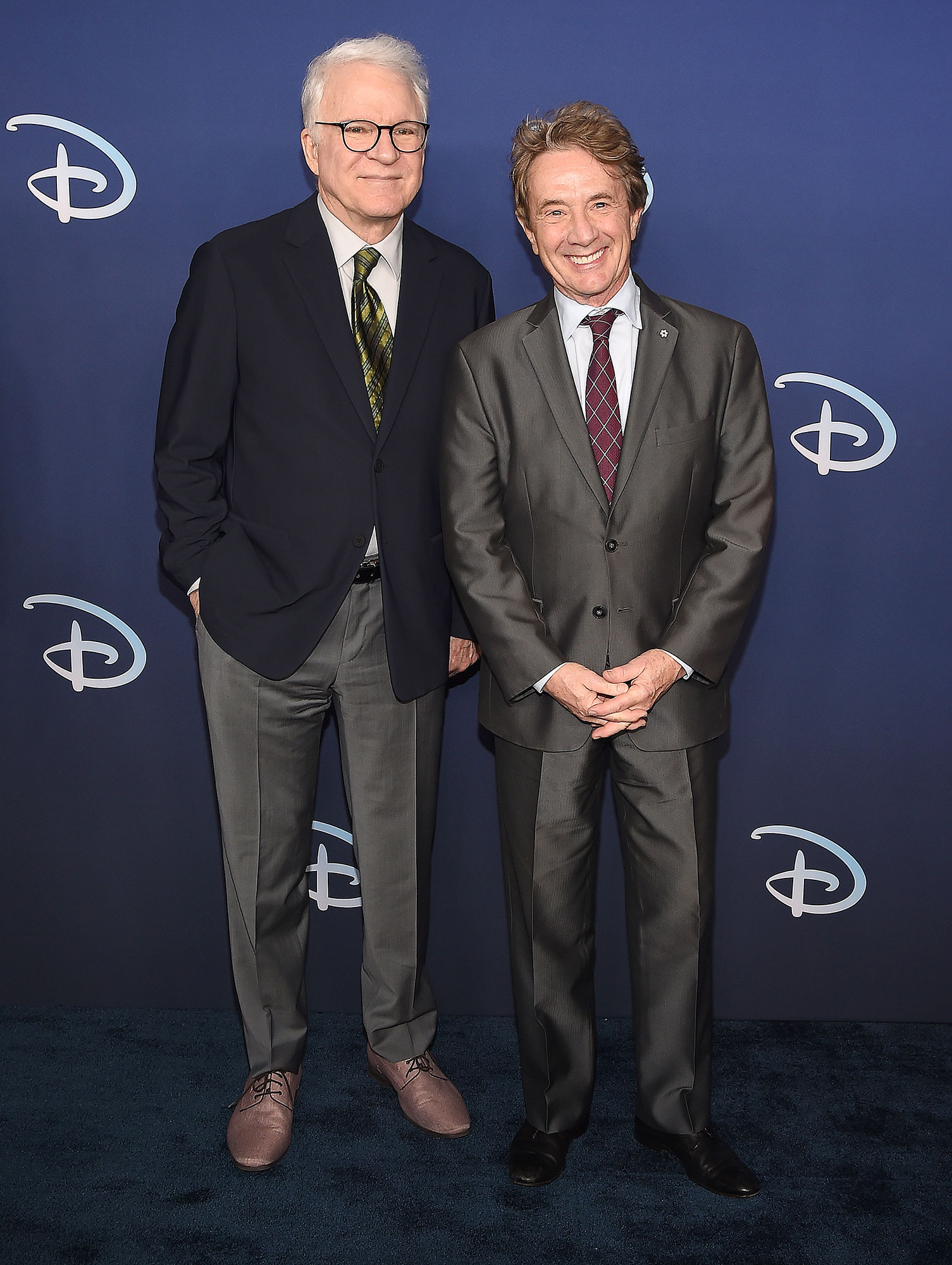 Friends forever. Steve Martin and Martin Short have been pals and frequent collaborators for several decades — and they can see similarities in T.J. Holmes and Amy Robach’s own connection.

“We’re like the coanchors on Good Morning America without the office sex,” Short, 72, quipped during a Thursday, December 8, appearance on The Tonight Show Starring Jimmy Fallon, seemingly referring to Robach, 49, and Holmes, 45, who were spotted getting cozy last month despite their respective marriages.

Short’s Only Murders in the Building costar, 77, couldn’t help but join the crowd and host Jimmy Fallon in laughing over the remark. “Thank you, thank you,” Short gushed before taking a bow on stage. 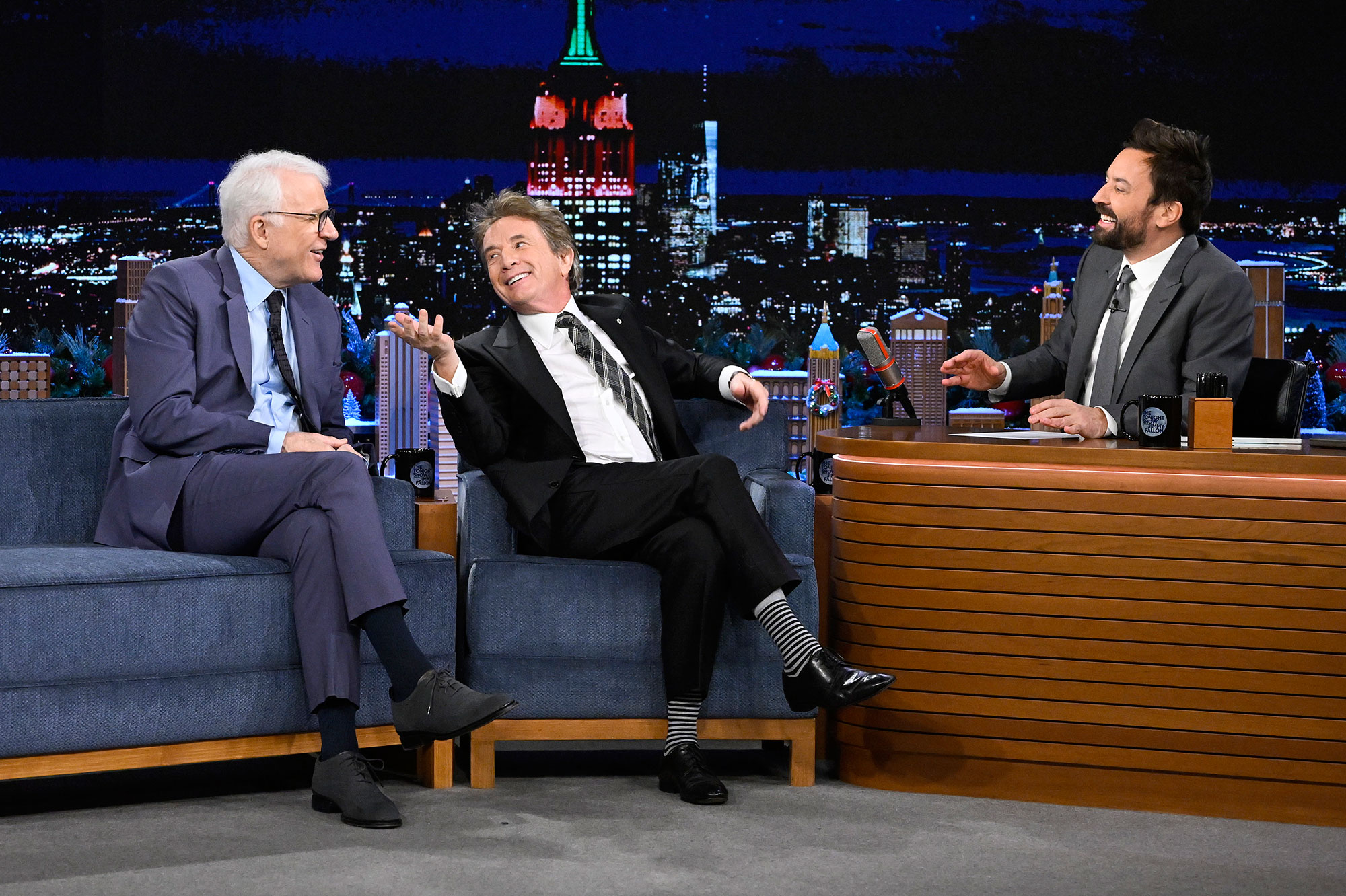 The two GMA3: What You Need to Know anchors first made headlines in late November after the Daily Mail published a series of photos of the pair looking cozy. The two broadcasters — who are married to Marilee Fiebig and Andrew Shue, respectively — have not publicly addressed the photos or the status of their preexisting relationships.

‘GMA3′ Anchors Amy Robach and T.J. Holmes’ Candid Quotes About Each Other

Immediately after news of the scandal broke, Holmes and Robach returned to GMA3 alongside cohost Dr. Jennifer Ashton.

“Amy and T.J. have been arriving to work pretending like everything is normal, they have been carrying on like they would any other day,” a source exclusively told Us Weekly earlier this month. “The GMA staff, for the most part, all knew that something was happening between Amy and T.J., they were always playful with each other, like two people who were dating. Amy and T.J. didn’t seem like they were trying to keep their relationship secret anymore, everyone around the office could tell there was a spark between them for many months.”

After Holmes and Robach finished out last week’s broadcasts, ABC ultimately pulled the pair off the air beginning on Monday, December 5. Stephanie Ramos and Gio Benitez have since stepped in to lead the daily program.

“Amy Robach and T.J. Holmes have the day off,” Ramos, 39, revealed during the show’s intro on Monday, shortly before a prerecorded voiceover noted that GMA3 was hosted by Robach and Holmes.

ABC has not addressed if or when Robach and Holmes will return to the third hour of Good Morning America. 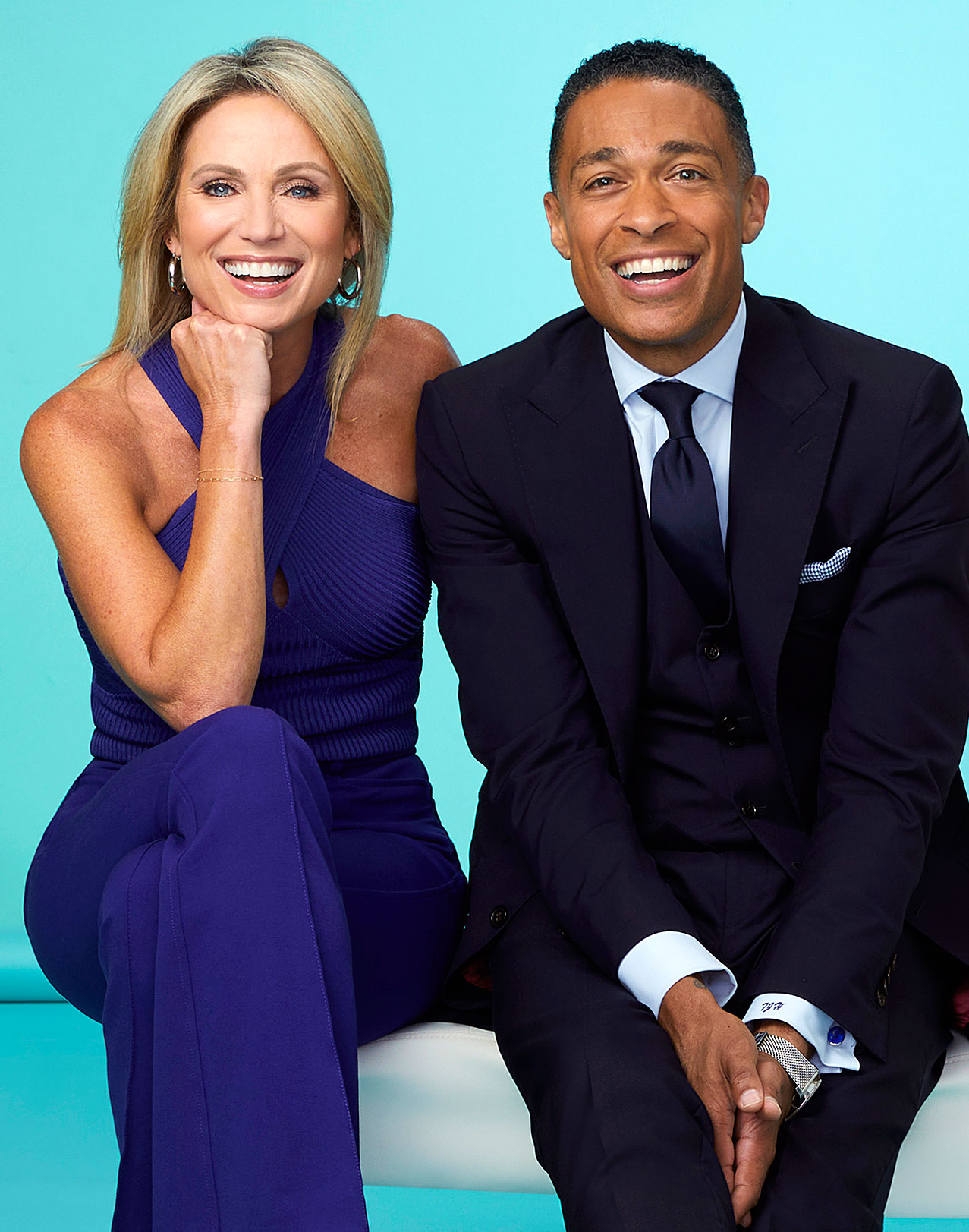 Martin and Short, for their parts, are gearing up for their own reunion as they are set to return to their Saturday Night Live roots as cohosts of the Saturday, December 11, episode. (Brandi Carlile will serve as the musical guest.)

“Steve and I think of ourselves as the [John] Lennon and [Paul] McCartney of comedy,” the Canada native joked on Thursday, referring to the former Beatles bandmates. “No one else does, but we do!”

The Cheaper By the Dozen star added: “We’ve been together for so long, we can actually finish each other’s careers.”