An art student who uses her own body to create provocative prints has set up breast painting workshops to help women ‘honour’ their bodies.

Sarah Macias, 22, who is originally from Switzerland, runs the women-only events, in which participants smear paint onto their breasts and press them against paper to create abstract pieces.

She has also previously painted with her own menstrual blood and made prints of her own vagina.

Sarah says she has launched her classes in response to the way that breasts have become sexualised, and that the workshops are a chance for women to feel ’empowered’. 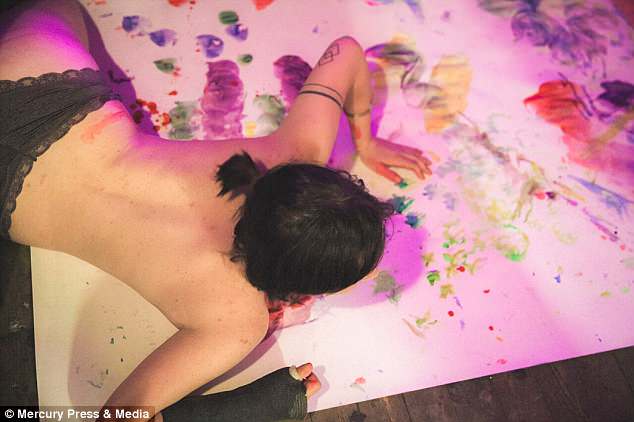 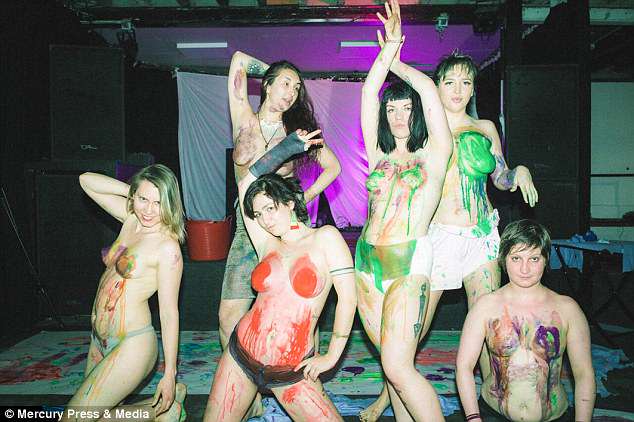 Despite Sarah using the classes to highlight a woman’s body shouldn’t always be sexualised, she says her artwork is still bombarded by misogynistic comments

Since launching her art classes in Manchester this month, more than 400 women have expressed an interest in taking part, she said.

Despite Sarah using the classes to highlight her belief that a woman’s body shouldn’t always be sexualised, she says her her artwork still attracts misogynistic comments.

‘These classes are about honouring the female sexual body. Women are taught they can’t use their sexuality because it’s dirty. 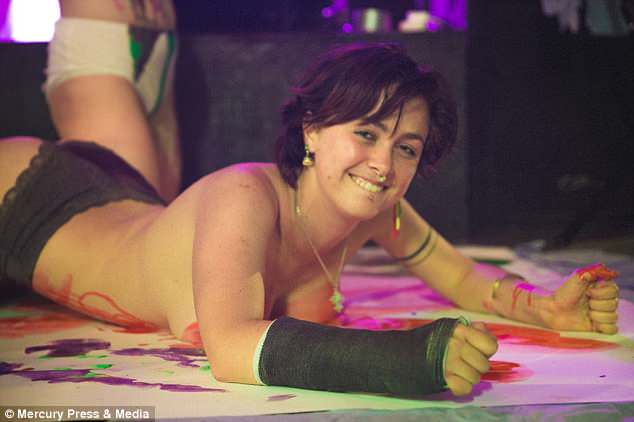 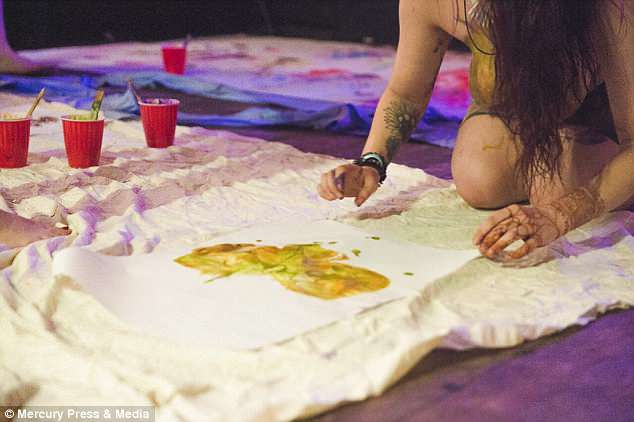 ‘Doing art with the breasts or with menstrual blood is a way of making art and showing there is nothing wrong with it.’

The three-hour workshops combine dancing and painting to create ‘interactive’ artwork, and were launched after Sarah created a series of vagina prints and menstrual blood paintings.

She continued: ‘I’m an artist and my practice includes a lot of body art. The classes are a mixture of dancing and painting. I find them very therapeutic, we paint with our bodies while dancing.

‘The women who enjoy breast painting feel really empowered by it but we get so many misogynistic comments.’ 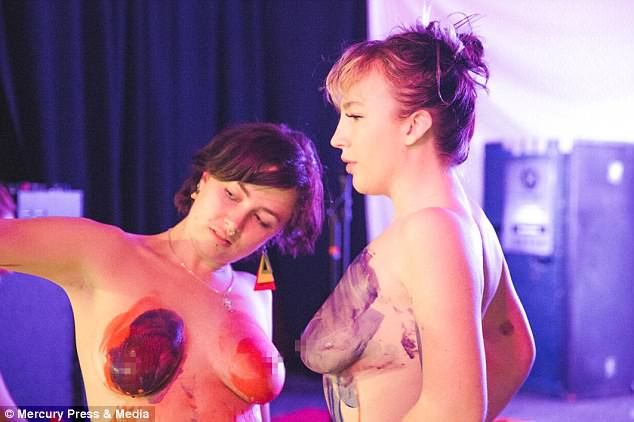 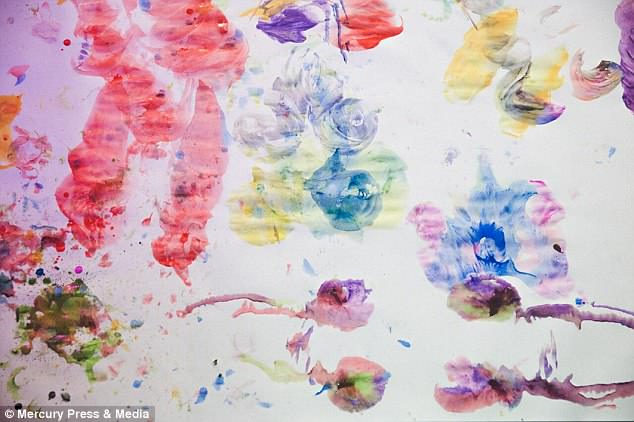 Sarah started the classes as part of her art degree and claims she was encouraged by ‘slut-shaming’ by people who felt her art was ‘too much’.

Breast painting is her latest venture, but in the past Sarah has also used her vagina as a tool in her creative process.

Sarah said: ‘I have been experimenting by painting with different parts of my body for a number of years.

‘I also do menstrual blood painting because there’s a lot of stigma around periods.

‘A couple of years ago, I put some paints on my vagina and did some prints. 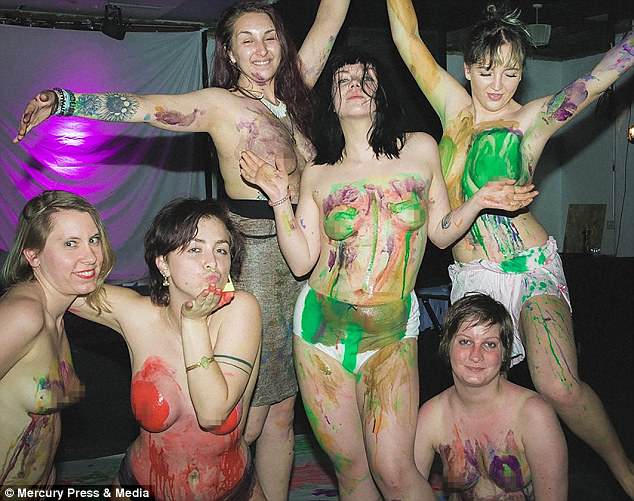 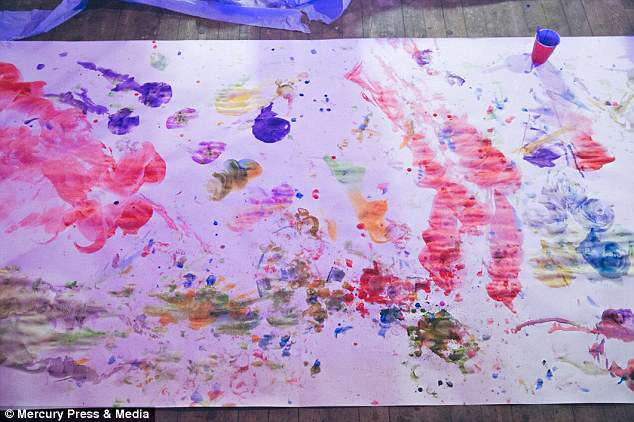 ‘Or I will insert a yoni egg [egg-shaped carved stone which can be inserted into the vagina] and attached it to some string. I then attached a brush to the string and start painting.

Sarah, who has been living in Manchester for two years, believes women shouldn’t feel ‘dirty’ about their bodies.

‘The female body can be sexual or not sexual but it’s not something dirty,’ she explained.

‘It’s about taking away all the shame women feel about their bodies. People consider breasts to be quite intimate.

‘I have also been slut shamed in the past. Each time I publish something at the beginning I would get nervous because I reveal a lot but to my surprise the reception has been positive. 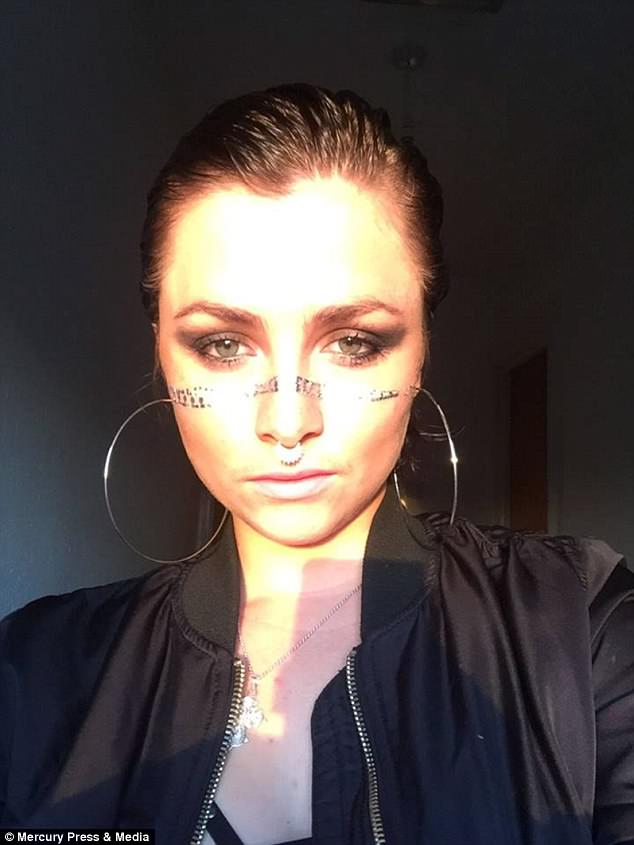 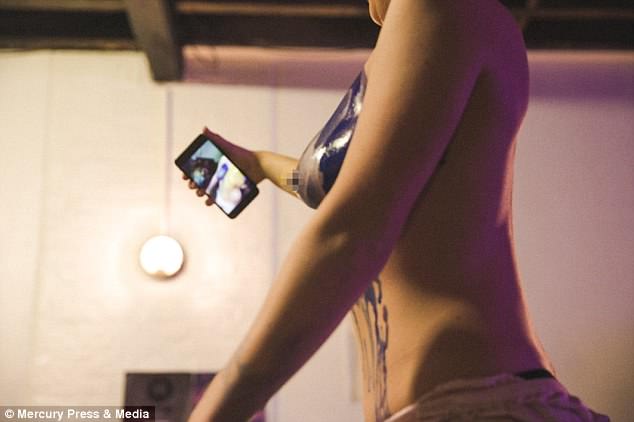 A lot of men have tried to come to the class, but Sarah has made them women-only

‘I think it’s a bit too much for some but most people love it.’

Sarah said her workshop has attracted lots of attention – including from men.

Sarah said: ‘We had a lot of men saying they were going to come. They were taking the p***.

‘We had so many men saying ‘we’re going to come and get our t**s out’.

‘A lot of people are interested in my art. Within one day of posting about the breast painting classes I had more than 400 people saying they were interested. 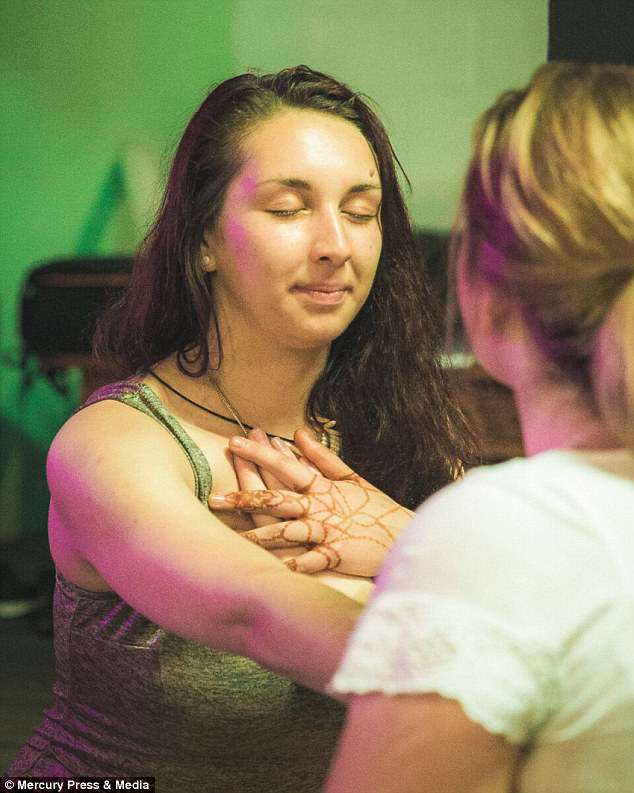 ‘I really would like to work with men into the future and do an all-inclusive workshop.

‘I’ve had a lot of girls sign up for the workshop then not turn up because they’re too embarrassed and uncomfortable so that’s why it’s important for us to keep it female-only at the moment.’

Delphine Rosse, who attended the class, said: ‘I thought the sessions were very insightful and positive and a positive encouragement to better appreciate yourself and your place in life.

‘It was a safe and playful environment, combining actual self-awareness issues with fun and laughter.’