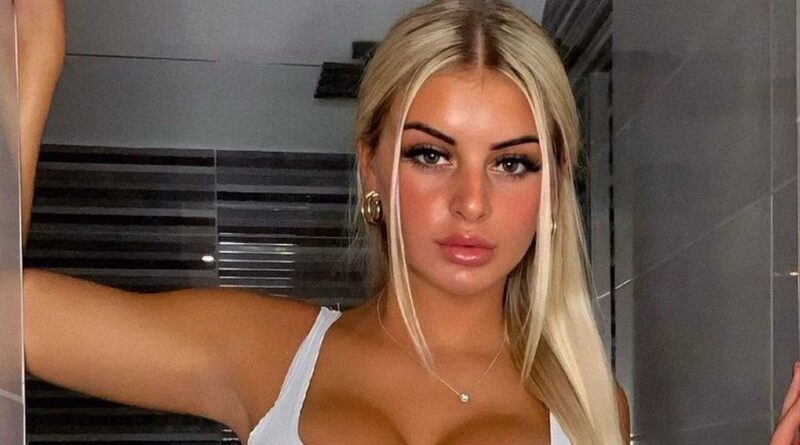 Gorgeous model Daisy Cartwright has celebrated her 21st birthday with some new ink.

The blonde bombshell took to her Instagram story to show off the new tattoo with her 52,800 followers.

Daisy was seen pulling back her top as she flaunted the underboob ink.

She showed fans that she had got a delicate flower design on her chest.

However, it wasn't all fun and games on her birthday.

Daisy showed fans that she was at a coronavirus testing site on her big day.

First, she posted a photo of a mobile testing van as she wrote: "Not where I want to be spending my birthday."

She then shared a photo of herself in a face mask as she added: "Not how I imagined my 21st, but guess we will celebrate in a few weeks."

She often wows her army on fans with her sizzling displays as she poses in skimpy outfits, lingerie and swimwear.

One recent snap which really caused a meltdown saw her pose in a tiny cherry emblazoned crop top, teamed with a Calvin Klein thong.

This allowed her to flaunt her cleavage, washboard stomach and shapely legs as she posed seductively in a shower.

Despite being in the bathroom, Daisy still looked glam as she rocked immaculate makeup, including fake, fluttery eyelashes.

Meanwhile, her long, golden locks were styled into a chic half-up, half-down style.

One fan exclaimed: "You are too damn fine babe."

While another gushed: "Look gorgeous."