THE Sun Raffle just got bigger and better than ever. Now, 250 readers every month will pocket £100 just for getting the paper.

Whether you are saving for your next summer holiday, a new car or doing up your home, we know just how expensive life can be.

That is why we are going to help cover your costs by giving away £25,000 EVERY month.

Then opt in to each month’s Sun Raffle by clicking “Yes!” when prompted and start collecting the codes printed daily inside the paper – scanning in the app or entering online.

With every code you enter, you will earn a ticket into that month’s Raffle.

There is no limit to how many tickets you can collect per month, so enter as many codes as you can to give yourself the best chance of winning.

You have until midnight on Thursday, December 31 to enter this month’s Raffle – so make sure you enter today’s Sun Savers code to be in with a chance of claiming a prize.

Remember, you’ve got to be in it to win it!

Not yet a Sun Savers member? Join today. It takes just a minute to sign up.

Simply search for “Sun Savers” in the app store, or head to sunsavers.co.uk. To get started, you only need to enter a few details.

Sarah’s Sky package has ‘made Christmas’

IT was certainly coming up roses for florist Sarah Purkiss when The Sun called to announce she had won a Sky VIP package worth more than £2,000.

Sarah, and her husband, Glynn, both 49, are big TV fans so the incredible prize was the perfect Christmas treat, and a great end to a tough year. 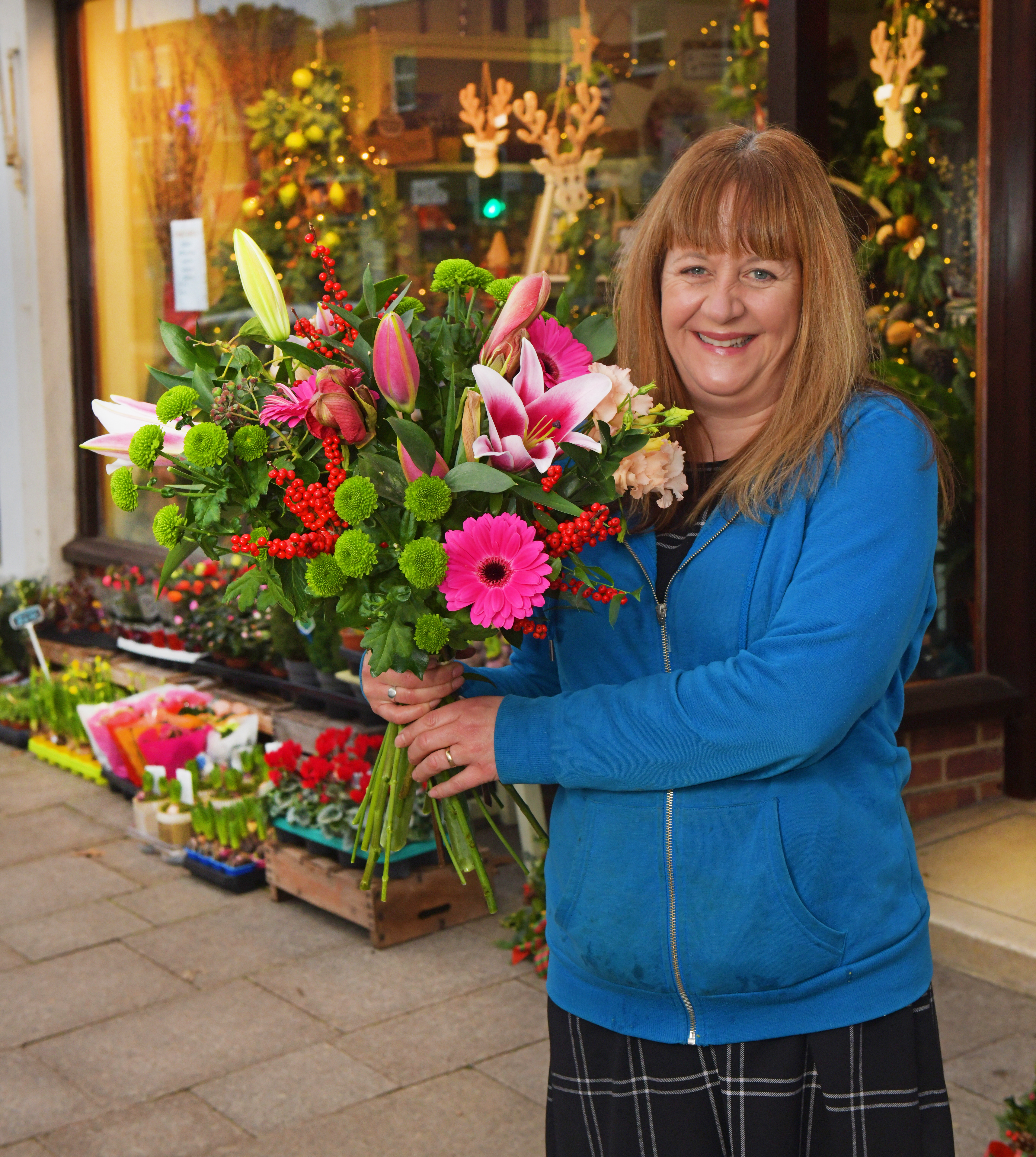 After years of entering The Sun competitions, Sarah couldn’t believe her luck when she learned she had won Sky’s top-end package.

The mum-of-two from New Milton, Hampshire says: “I’ve been doing Sun Savers since it first started and I scan the code every day once I’ve bought my copy of The Sun.

“When I got the call to say I’d won, to say I was shocked would be an understatement. I’ve never won anything in my life.”

Sarah’s prize bundle includes a state-of-the-art flatscreen TV, as well as a one-year subscription to Sky Q and Sky Sports and Sky Movies.

She says: “Glynn and I love to watch TV and with Christmas just weeks away, it couldn’t have come at a better time.

‘SUCH A GENEROUS PRIZE’

“I love Christmas films and Glynn loves his sport, especially motor racing, so the Sky package will be perfect for us both.”

Sarah and Glynn, a plant machinery driver, have two grown-up children, self-employed hairdresser Beverley, 23, and apprentice mechanic Michael, 18. And they are also thrilled.

“Beverley has a second Sky Q box in her room, courtesy of The Sun, and she’s currently playing reruns of Friends,” says Sarah.

“I dread to think how many times she has watched it.”

As well as the TV and Sky package, Sarah also won a smartwatch and £200 cash, which she put towards Christmas presents.

Sarah says: “It was such a generous prize and it completely made our Christmas.

“We can’t thank The Sun enough.”

Good news for Ronald and Gillian

WHEN retired taxi driver Ronald Milligan, 75, learned he had won a SsangYong pick-up truck thanks to The Sun, it was an anniversary present to remember.

Ronald and his wife Gillian, 72, were celebrating 53 years of marriage when they discovered they had won the luxury vehicle in September. 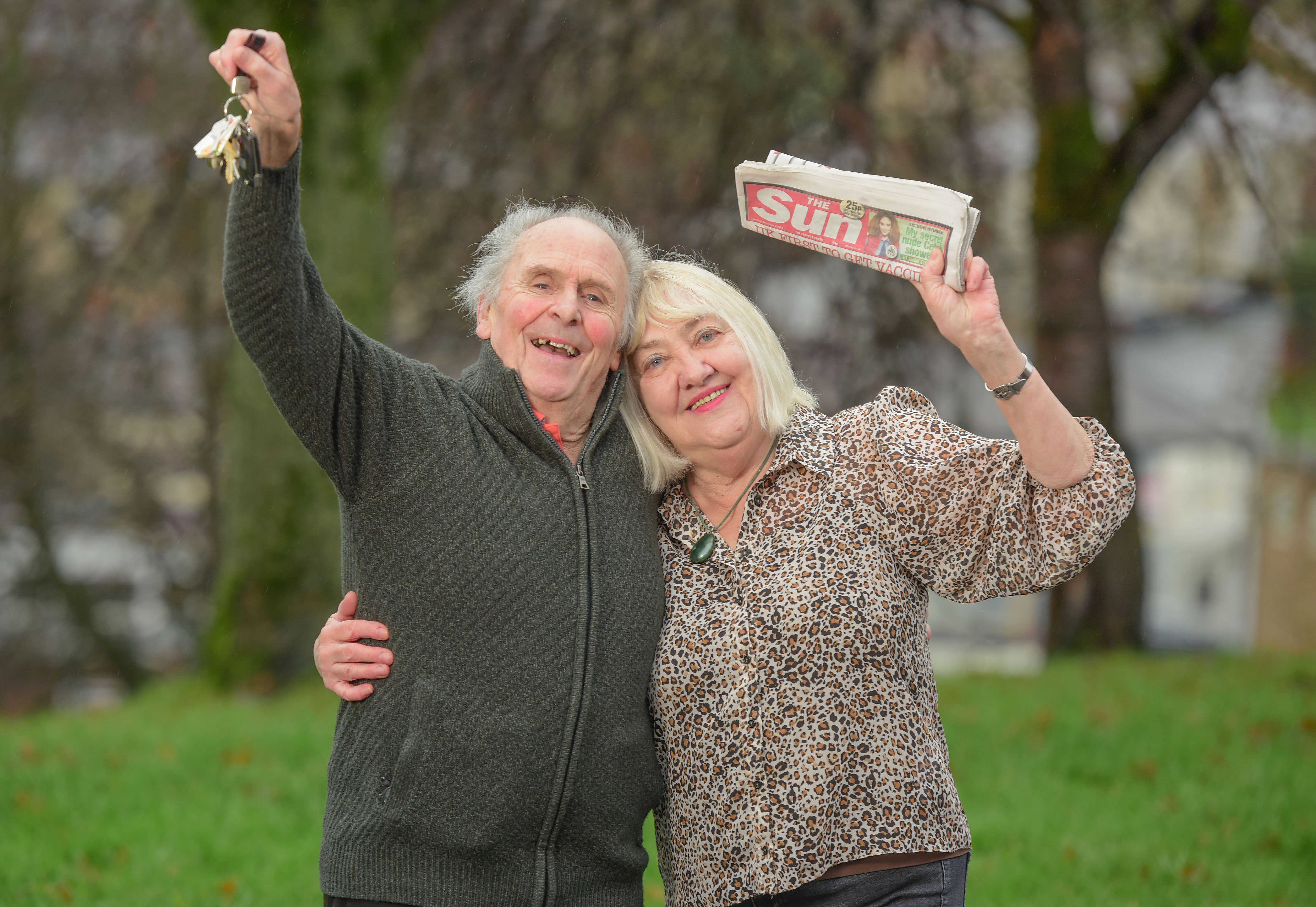 Ronald, from Darwen, Lancs, says: “Gillian loves The Sun competitions and is always collecting the Sun Savers codes printed in the paper.

“I couldn’t believe our luck when I was assured we were the winners. I was thrilled.

"I’ve always had second-hand cars and never thought I’d be able to buy a brand-new car, so it’s really ticked something off my bucket list.

"Finding out we had won a new car as we celebrated our 53rd wedding anniversary was the icing on the cake. It was a great day.”

The celebrations kept coming when Ronald’s new car arrived on his birthday in October.

He continues: “It was such a lovely coincidence that it arrived on my birthday. It really was the ultimate gift.”

Ronald decided to swap his pick-up truck for something more manageable – a smaller SUV, the SsangYong Tivoli.

He says: “The truck looked amazing but it was just a bit too big for me. So we opted for the smaller Tivoli. It’s top-of-the-range and looks great.

“It really suits us and I love driving it around town. We’ve got three grown-up children who all live in different parts of the country – Stuart, 51, Jason, 49, and Jackie, 47 – so it’s fantastic to have such a reliable car to visit them.”

Ronald and Gillian are now planning to celebrate Christmas with Jason.

Ronald says: “Jason lives on the Isle of Wight, so we’re going to see him for five days. It’s the first big trip with the new car and we’re so excited.

“It’s even coming over on the ferry with us. It’s so great knowing we can travel safely without worrying about anything breaking.

“We are so excited. The Sun and SsangYong have been amazing. Now we can travel stress-free this Christmas.”

Stephen has never won before

LOYAL reader Stephen Jones, 62, couldn’t believe his luck when he won a luxury holiday lodge, thanks to The Sun.

The retired assembly worker, who has read the paper for 44 years, discovered he had landed the jackpot back in July. 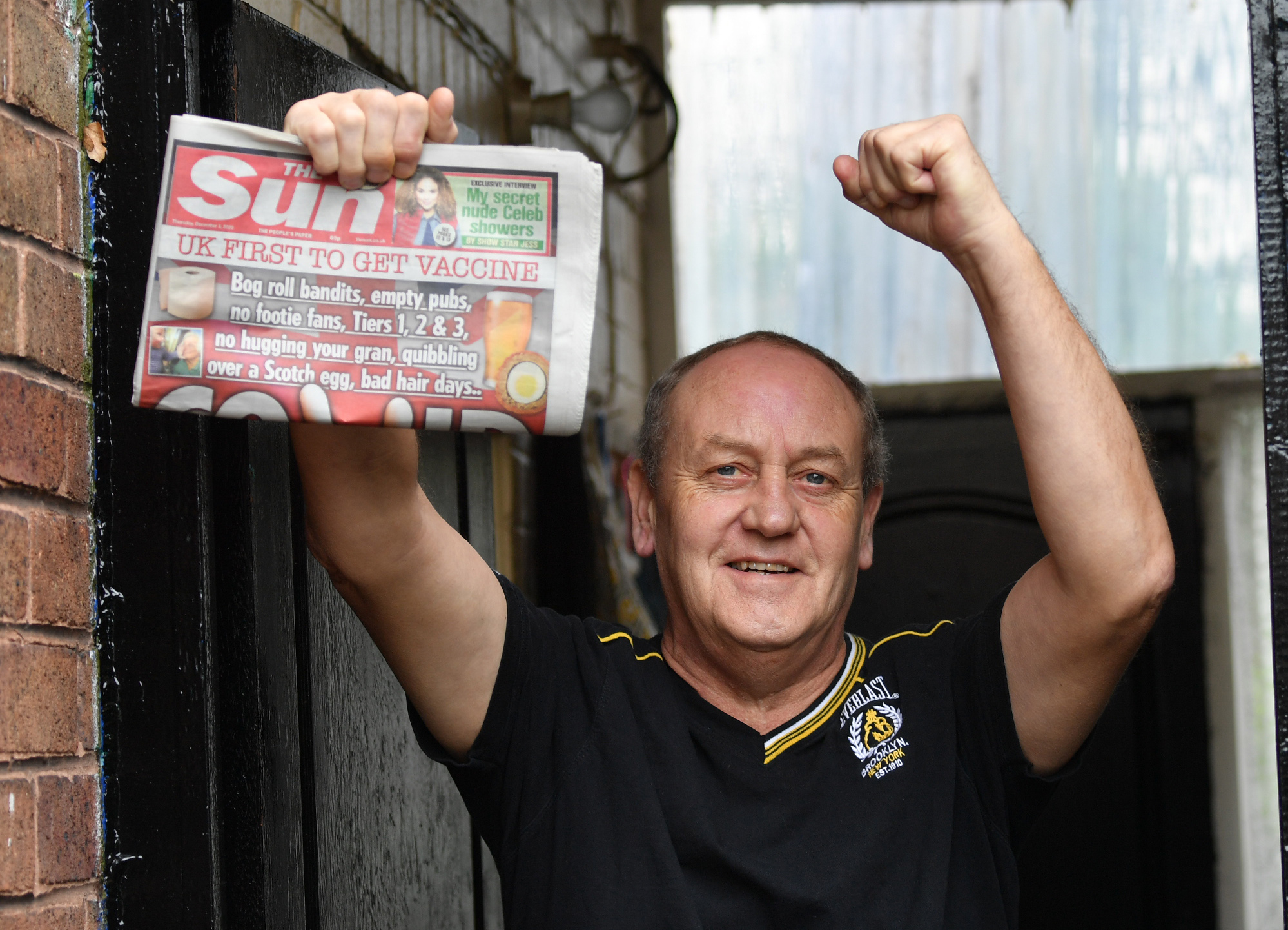 Stephen, from Stoke, says: “I’ve read The Sun since I was 18 years old and I’ve always entered the competitions.

“I’d never won anything, though, so when I got an email in July to say I’d won a luxury lodge, I didn’t believe it at first. I hadn’t even read the email when a lady from Parkdean called me to offer congratulations.

“It only sunk in when I visited their resorts. When I walked into a lodge like the one I’ve won, it finally began to feel real.”

Stephen’s excitement was so infectious that when he told granddaughter Holly, six, she immediately started packing.

He says: “Holly can’t wait to see the lodge once it’s finished.

“My partner Janet, who’s 61, was over the moon too. She travelled to Egypt to visit her brother and was stuck there for a while because of lockdown but she’ll be home in a few days.

“I’ve been keeping her up to date with the lodge’s progress and we’re excitedly making plans for the new year.

“We can’t wait to get in there and put our stamp on it.”

Stephen enjoyed holidays in the coastal town of Great Yarmouth, Norfolk, as a child.

So when deciding on the location for his luxury two-bed lodge with en-suite bathroom and decking area, there was only one place for it.

He says: “As soon as I walked around the Parkdean resort there, I got a good feeling about it. It’s just a few steps to the beach, which really appealed to me.

“There are indoor and outdoor pools and lots of activities for us.

“Plus the park is closed to the public during winter, so Janet and I can enjoy some private holidays there during the low season.”

Competition open to Sun readers registered as Sun Savers members who are residents of the UK only (excluding Northern Ireland, Isle of Man and the Channel Islands) aged 18 or over only, except staff of the Promoter, its affiliated companies or promotional partners or their families.

Winners will be selected at random from all correct entries.

No alternative and prize is non-transferable.