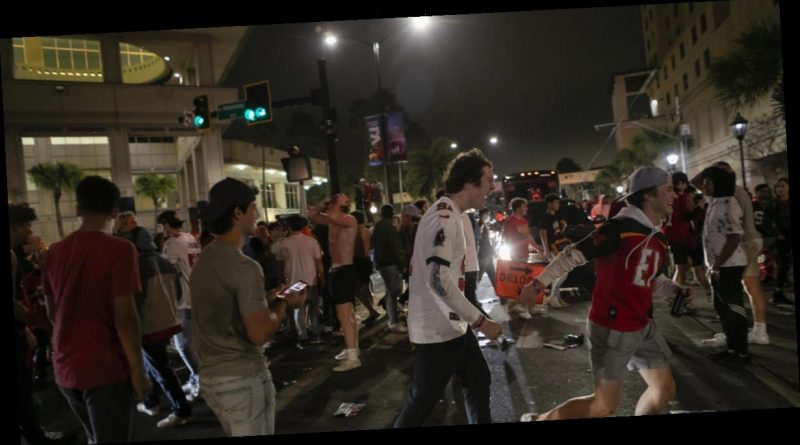 Despite repeated pleas from public health officials, many fans inside and out of Tampa’s Raymond James Stadium appeared to throw COVID-related caution to the wind as they celebrated their team’s big win in Super Bowl LV. CBS Tampa affiliate WTSP-TV reports few wore masks or socially distanced.

Many officials worry the game will wind up being a “super-spreader.”

The NFL’s signature event – in which the host Tampa Bay Buccaneers beat the defending champion Kansas City Chiefs 31-9 for their first Lombardi Trophy in 18 years – looked nothing like any of the previous 54.

About 25,000 fans were allowed to attend the game, some 7,500 of them vaccinated healthcare workers. Another 30,000 cardboard cutouts filled empty seats to create space and meet social distancing mandates. 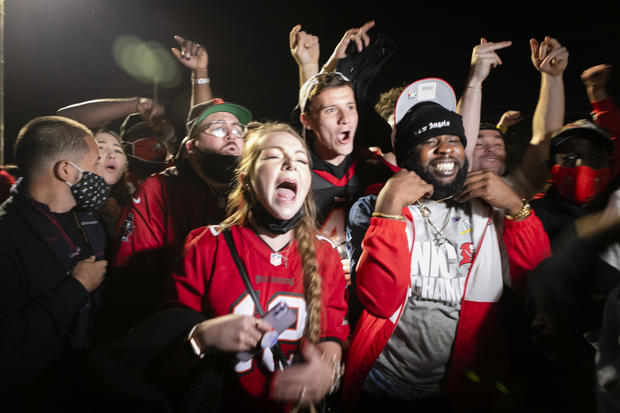 Those in attendance were required to wear face coverings throughout the game unless they were eating or drinking. Ushers holding signs enforced the rules that, by now, should be standard operating procedure. Nonetheless, violators could be found in every direction.

It became more obvious after the Bucs’ lopsided victory. Fans disregarded social distancing guidelines and crowded into the lower rows of bleachers to get a better view of the celebration.

They pulled off masks, many standing elbow to elbow, and yelled at players. Family members, friends and others spilled onto the field to join in the makeshift mosh pit to be part of the moment. Many of them also failed to keep their masks on.

Tampa Mayor Jane Castor issued an executive order last month requiring masks to be worn outside in the city’s most popular entertainment and recreation areas during Super Bowl festivities and the days following the event. No tailgating was allowed, either. 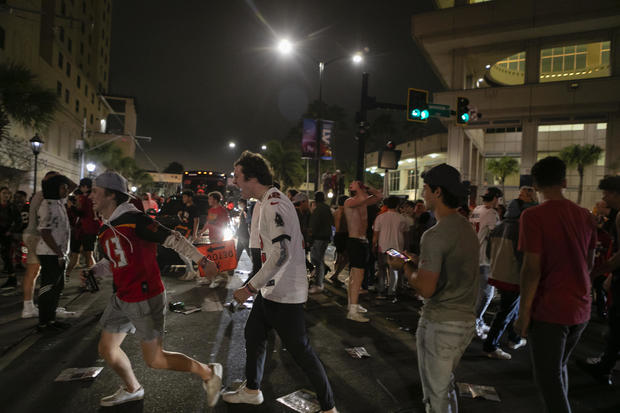 That did little to dissuade thousands from gathering around the stadium. The TikTok Tailgate went off just a few hundred yards from the south end zone, with sections of singing and dancing fans separated by metal barricades.

Dr. Ashish Jha, the dean of Brown University’s School of Public Health, told CBS News another source of worry is Super Bowl parties across the nation.

“I think it’s really important that we don’t have these large indoor gatherings,” he said, noting that “the virus spreads much more efficiently when people speak loudly, and that can, unfortunately, make things worse.”