Home » Lifestyle » Super-saver cooks 50 meal portions for £64.64 so she can travel more

A serial-saver has revealed how she bulk cooks 50 freezer meals for £60 in an effort to put enough money aside to enjoy more holidays together.

Gemma Kennedy, 27, from Belfast, realised she and her husband Simon, 30, were regularly spending £500-a-month on food because they ate out three times a week and were wasteful with their groceries.

She decided to overhaul their lifestyle, and by coupling meat from online retailer musclefood.com with cupboard staples and vegetables, she manages to cook 13 different meals for an average of £1.29 per portion – spending just 74p making chicken soup from leftovers.

The recruitment consultant was fed up of throwing food away and wanted to start saving her money so she could travel with her husband, and has more than halved her bill to a food budget of £200-a-month. 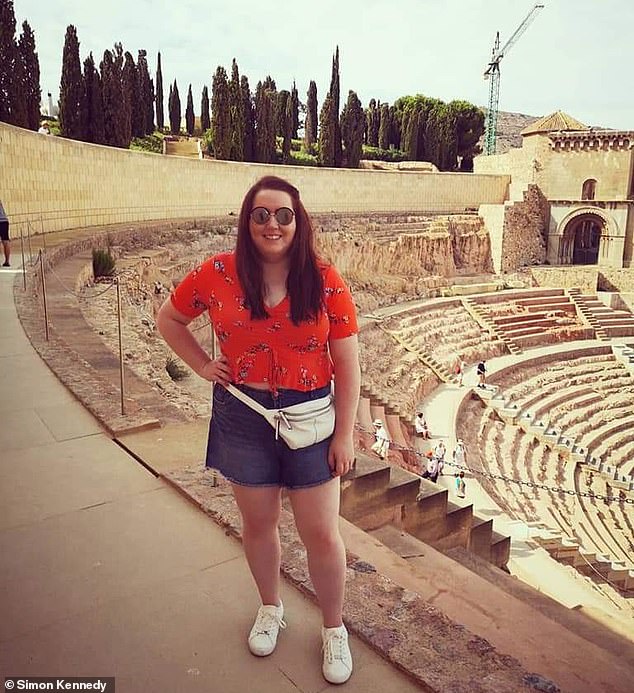 Gemma Kennedy, from Belfast, poses in a Roman Colosseum in Cartegena during one of the trips saved for with their food prepping

And their plan worked so well it took the couple just over three months to save £3,500 for a two-week cruise around the Mediterranean last July.

The couple previously since travelled to Cartegena in Colombia as well as Vigo, Barcelona and Ibiza in Spain.

They visited these destinations with money they’d put aside, but now that their savings pot is even bigger thanks to meal prepping, they’re hoping to travel more often. 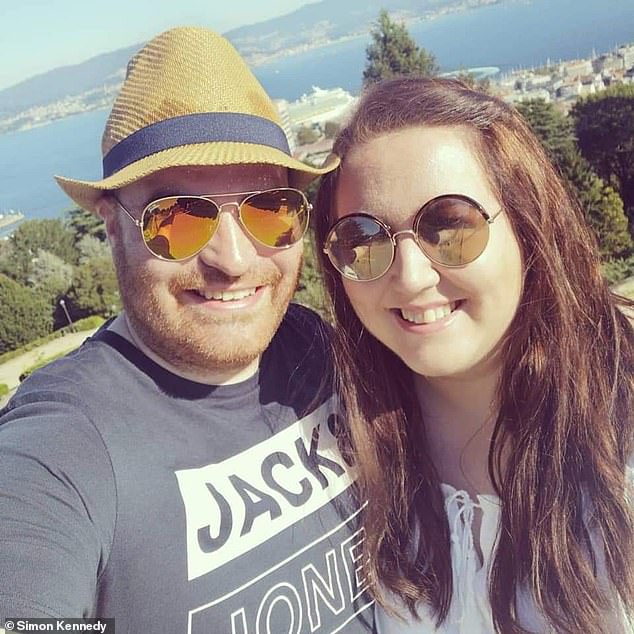 The recruitment consultant, 27, was fed up of throwing food away and wanted to start saving her money so she could travel with her husband, 30 (pictured on holiday in Vigo, Spain) 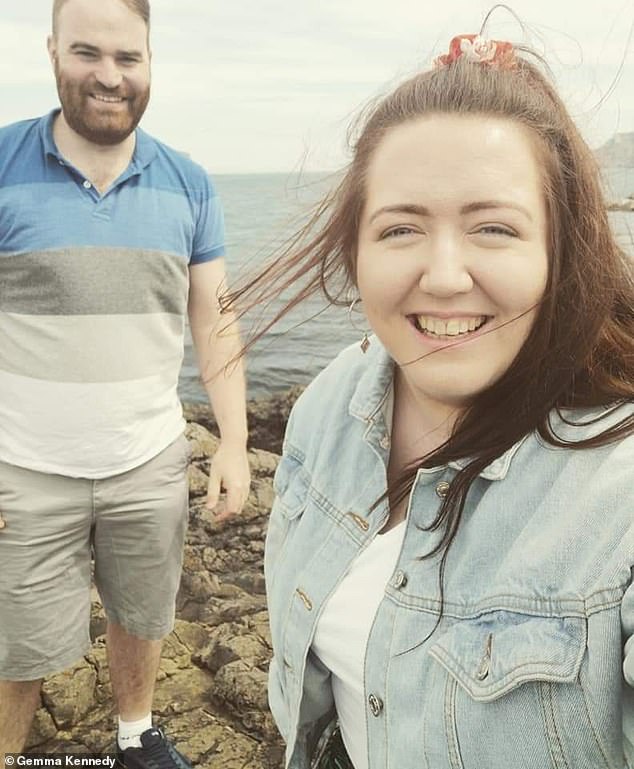 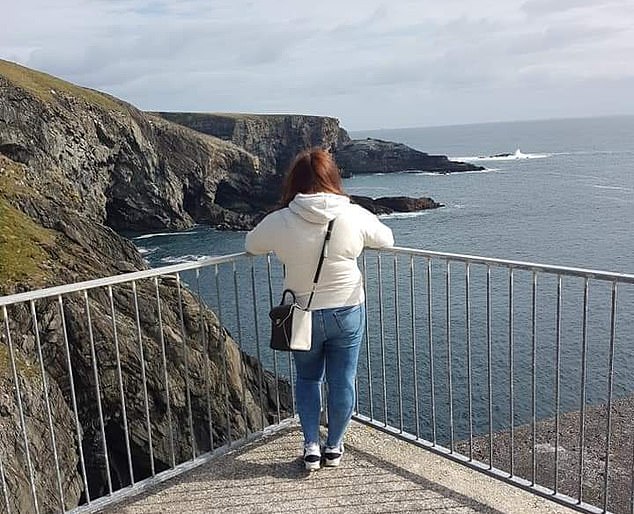 Every few months Gemma spends £20 on a stock cupboard full of basics including chopped tomatoes, rice and kidney beans.

She also plans what meals the couple will enjoy for the week, and makes a list of the exact ingredients needed.

If there is any food left over, the once wasteful Gemma now creates dishes such as soups and fried rice to completely eradicate waste.

By buying meat in bulk and pairing it with supermarket vegetables Gemma keeps costs low. 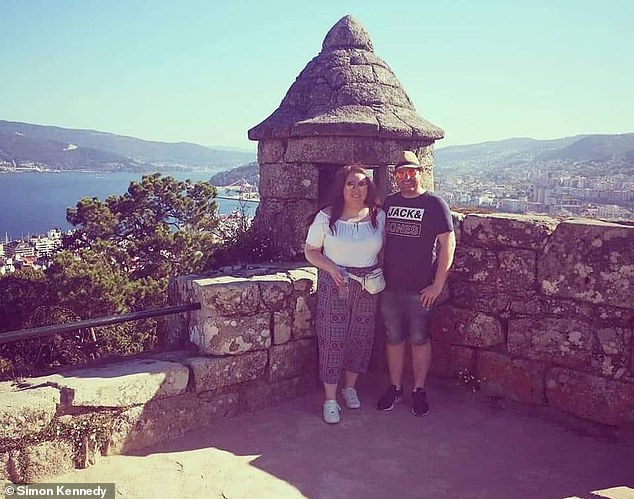 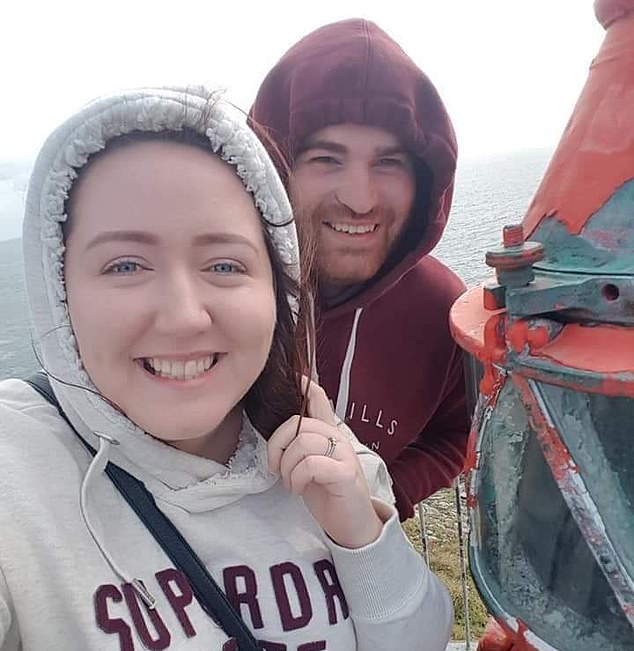 And once the meals have been made they go straight in the freezer, with Gemma and Simon pulling them out as and when they need them for lunches and dinners – meaning 50 portions usually last for weeks.

‘You should always be shopping around when it comes to insurance and more expensive bills.

‘I always try and pay yearly instead of monthly.

‘Although it means that there’s a big one-off cost, in the long-run it means there’s more money in your own pocket.’

‘Simon and I sat and went through our bank accounts and cancelled all the subscriptions we didn’t use.

‘We were paying for apps and things that we may only use once or twice a month, which we could easily live without.’

‘As soon as my wages come in each month, I have a standing order for a certain amount that goes straight into my savings.

‘This means that I never really see the money, making it much more difficult for me to spend it.’

‘The whole process of being frugal and saving cash would be a lot more difficult if I completely denied myself and stopped spending anything.

‘So, I give myself a £100 budget for treats. I can spend this on getting my nails done, buying some new clothes or treating us to a meal out – but once it’s gone, it’s gone.’

Gemma, who runs the Instagram account TheUndomesticatedWife told Femail: ‘We were just spending so much money on nothing.

‘We used to eat out because it gave us something to do, but as soon as you sit at a table that’s around £60 gone straight away.

‘We now give ourselves a food budget of £200 a month. If we spend over in one week that’s fine, but we have to make up for it the next.’

She has even joined a community on social media who support her in her bid to save.

Gemma added: ‘I found the moneysaving community on Instagram which was such a big help to me as it makes me accountable.

‘I also started sharing my recipes on my page because I now see cooking as a hobby, and it’s great to be able to share something you’re proud of.’

And she loves buying large chicken breasts from muscle food because they go further than the usual supermarket sizes.

‘The chicken breasts are perfect because they’re so big, so they go so much further the ones you’d usually buy at the supermarket,’ she continued.

‘One breast can sometimes make up two portions, which makes such a difference, especially when it comes to meal prepping.

‘The chicken is all perfectly prepared as well, I can use it straight away without having to cut any of the horrible bits off.

‘It’s definitely our go to meat as it’s so versatile and can be cooked up into any number of dishes, from tacos to pies, and they’re all so tasty.’ 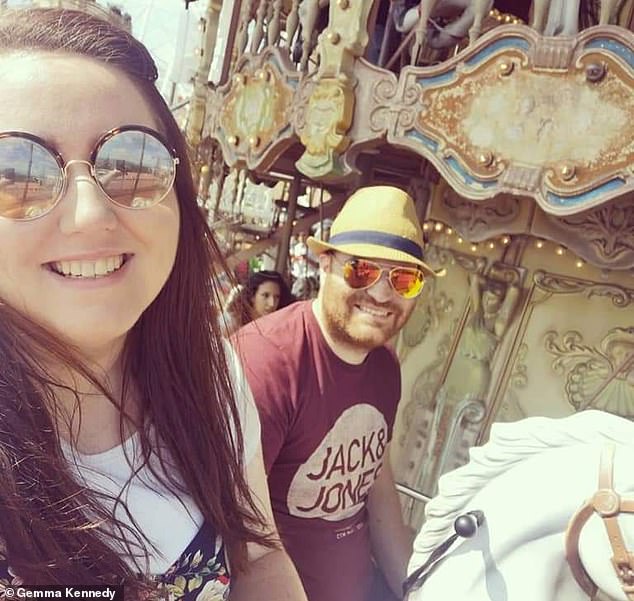 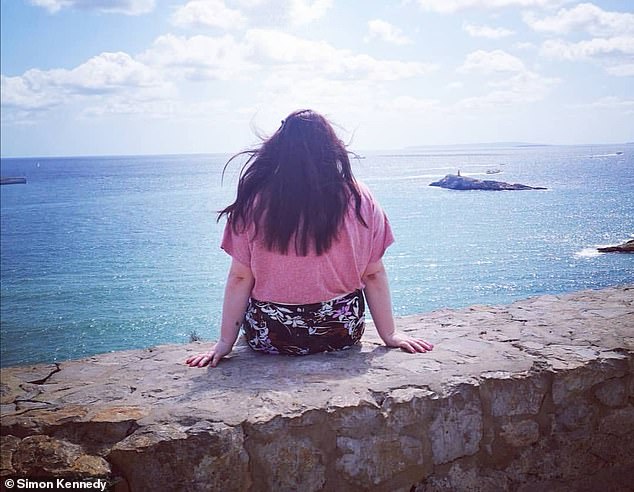 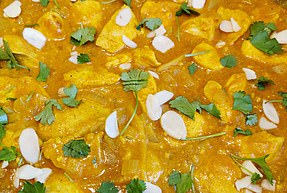 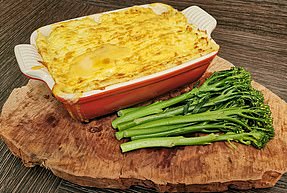 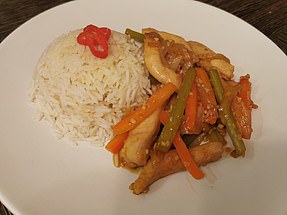 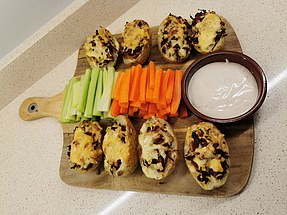 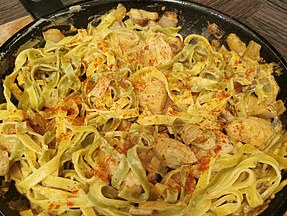 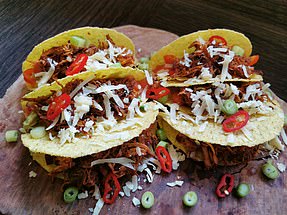 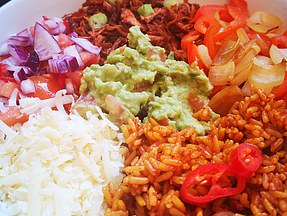 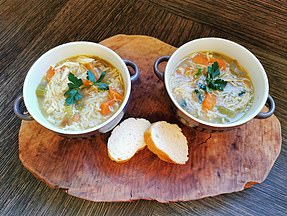 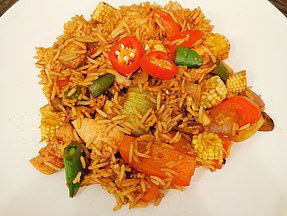 BBQ Chicken – Turned this into 8 meals 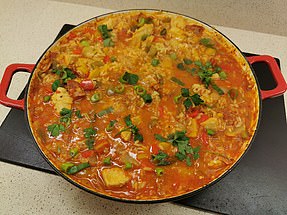 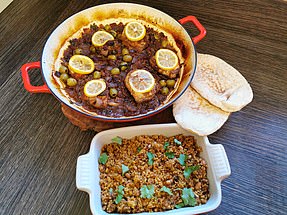 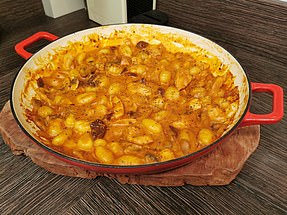