Home » Lifestyle » Sussexes will postpone their visit to the US and Canada, reports claim

The Sussexes will postpone their visit to the US and Canada for a SECOND time because they’re ‘anxious’ about their baby being too young to travel, Vanity Fair claims

The Sussexes will postpone their visit to the US and Canada for a second time, new reports claim.

Last December, it was understood that Californian-born Meghan, 37, was to return to both her former homes during an official tour of Canada and the US in Autumn 2019 – with Harry and their new baby.

Sources told the magazine that the couple had rescheduled their proposed Spring tour due to the mother-to-be’s pregnancy.

But now, with the birth of the royal baby imminent, Meghan, 37, and Harry, 34, seem to have changed their travel plans once again.

‘As it stands, the Duchess of Sussex won’t be going away on an official overseas tour this year,’ a source told Vanity Fair.

‘That’s the word out of the Palace, although things might change. Right now we have been told that there won’t be any overseas travel before the end of the year because Baby Sussex will be too young.’ 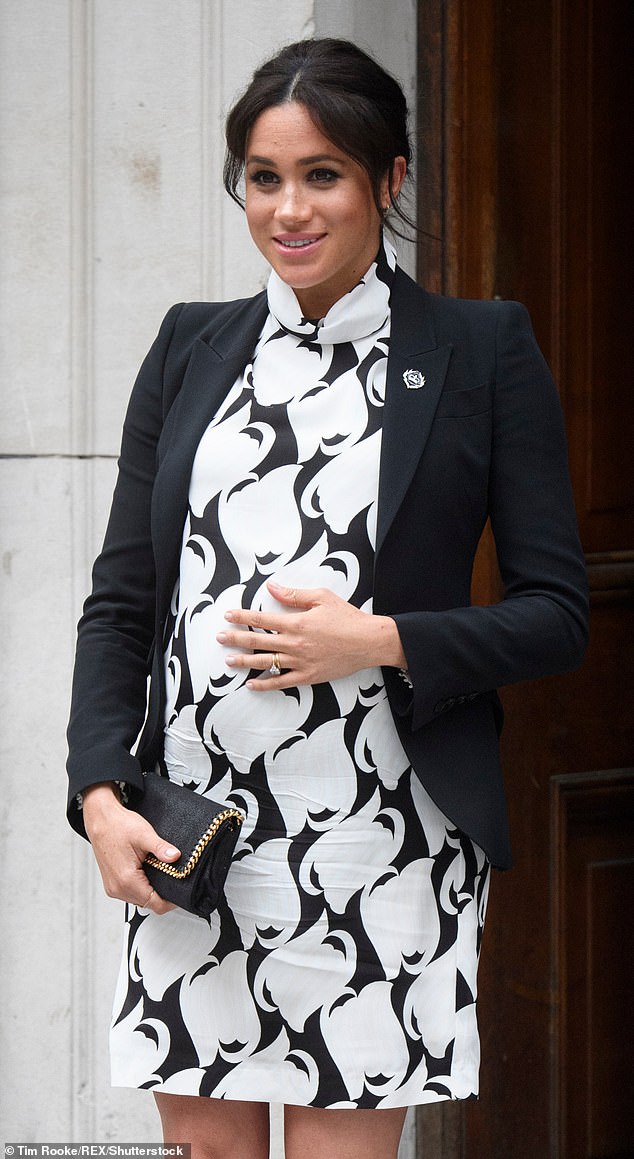 The Sussexes will postpone their visit to the US and Canada for a second time, Vanity Fair magazine claims. Pictured, Meghan at International Women’s Day Queen’s Commonwealth Trust panel discussion at King’s College, London on March 8 2019 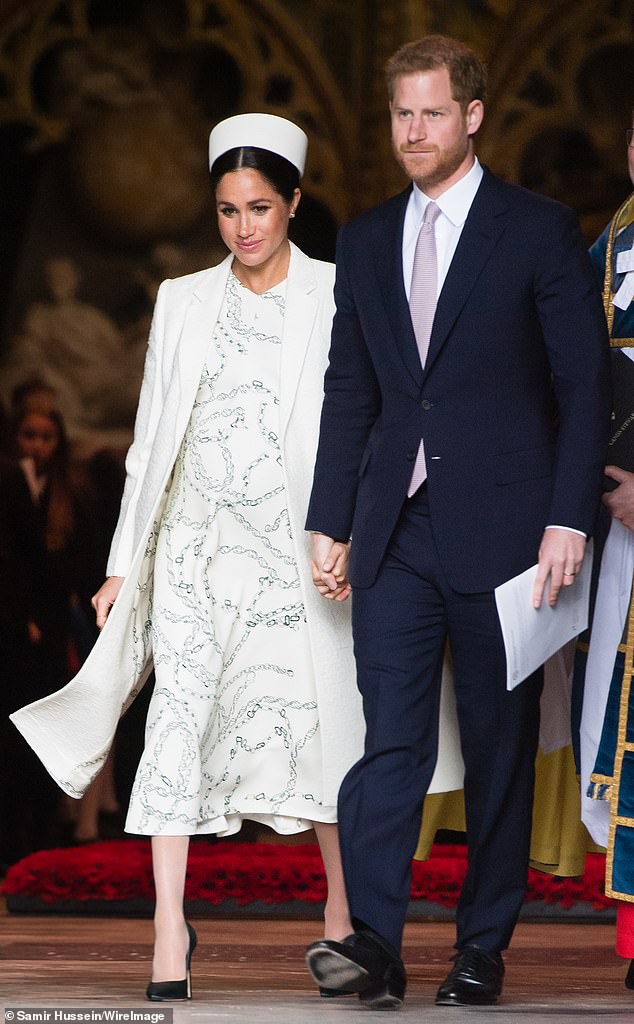 Reports claim ‘there won’t be any overseas travel before the end of the year because Baby Sussex will be too young.’ Pictured, Duke and Duchess of Sussex attend the Commonwealth Day service at Westminster Abbey on March 11, 2019

It’s believed the couple were due to visit California-born Meghan’s home and Canada, where she lived for seven years while filming Suits.

Speaking to the publication, sources claim the royal couple are still ‘really keen’ to tour North America, ‘but understandably anxious about doing it with such a young baby. They’re anxious about committing to such a big tour at this stage.’

And it seems travel is a topical subject when it comes to the Duke and Duchess of Sussex as earlier this week, it was revealed they hope to take a six-month ‘secondment’ to Africa in the next few years.

It was revealed that planning for the move is still in the ‘brainstorming’ stage, and that there have been no formal discussions outside the palace walls  – but one source described it as a ‘likely scenario’. 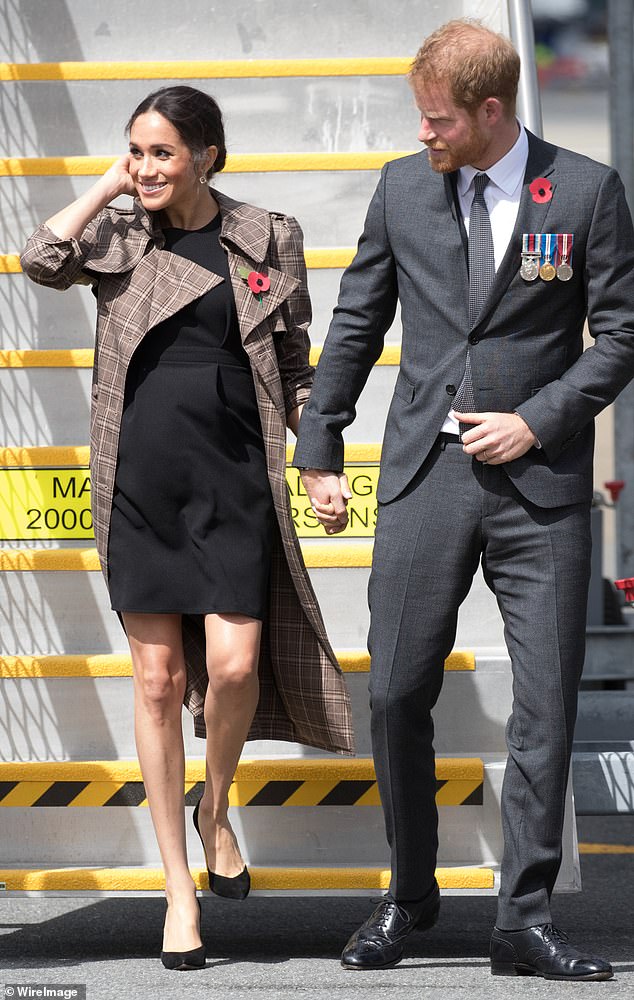 Last December, it was reported that Meghan was to return to both her former homes during an official tour of Canada and the US in Autumn 2019 – with Harry and their new baby. Pictured: the parents-to-be arriving in Wellington on the royal tour of New Zealand in October 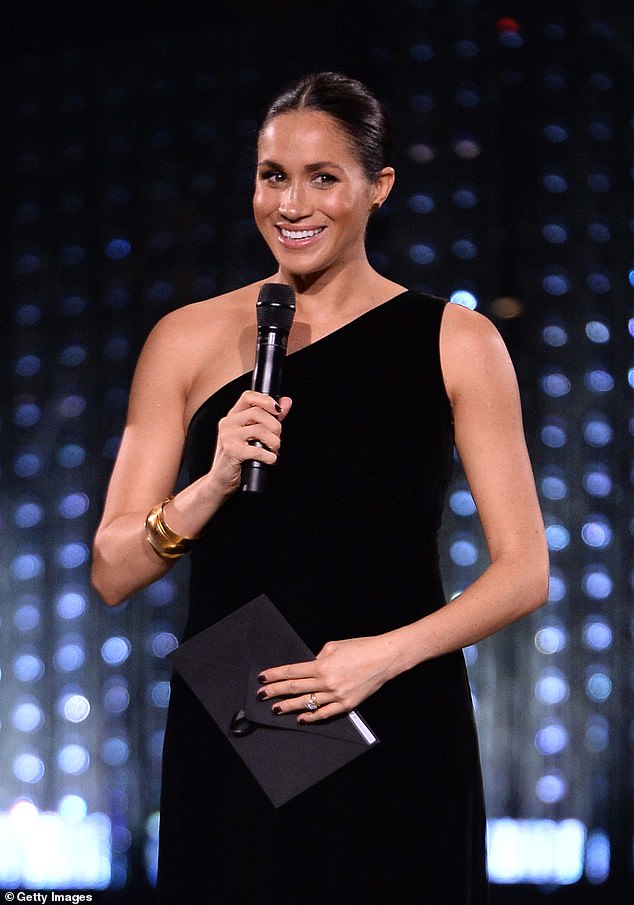 The reports come just days after it was revealed the royal couple hope to take a six-month ‘secondment’ to Africa in the next few years. Meghan Markle, pictured at the British Fashion Awards earlier in December, is due to give birth to her and Harry’s first baby any day now

Reports of Harry and Meghan’s ‘Out of Africa’ project first surfaced in The Sunday Times, which quoted a source as saying that courtiers had drawn up plans to send them abroad ‘for two to three years.’

It’s believed the trip would be a sabbatical instead of a long-term fixture and would combine their jobs as Commonwealth ambassadors with charity work and a role promoting Britain.

It was also suggested the proposal would offer them a break from the reported rift between Harry and his brother William, while ‘harnessing’ the Sussexes’ global appeal.

Sources claimed the Sussexes’ advisers are working on Harry and Meghan’s ‘bespoke’ African role with the help of Sir David Manning, a former ambassador to the US, and Lord Geidt, the Queen’s former private secretary who chairs the Queen’s Commonwealth Trust.

Botswana – which Harry has previously described as his ‘second home’ – is one of the countries that has been suggested, as well as Malawi and South Africa.

Not only is Harry’s charity Sentebale based in Botswana and Lesotho, but he and Meghan visited the country just a few weeks after it was announced they were dating in 2016.

Reports of Harry and Meghan’s ‘Out of Africa’ project first surfaced in The Sunday Times. Pictured The Duchess Of Sussex departs after visiting Mayhew Animal Welfare Charity on January 16, 2019 in London 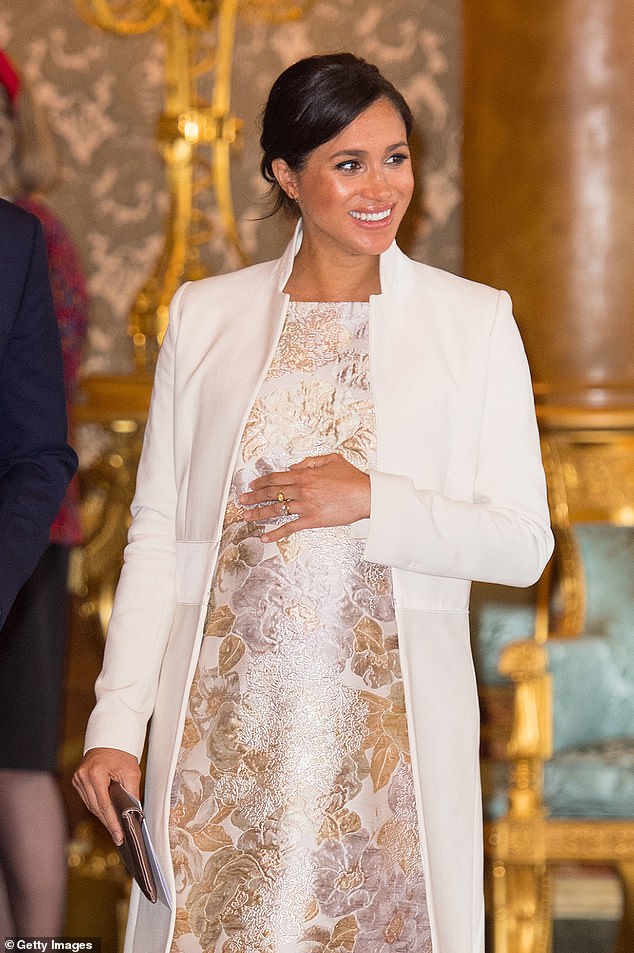 Meghan attends a reception to mark the fiftieth anniversary of the investiture of the Prince of Wales at Buckingham Palace on March 5, 2019