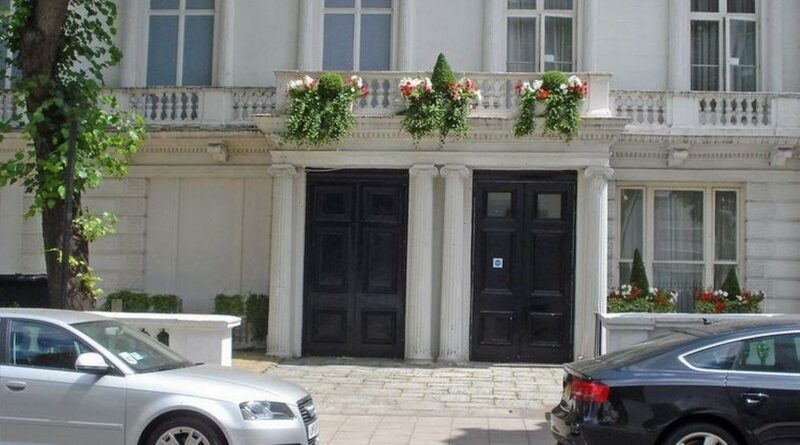 Anyone who lives in London, or who has perused the city on Rightmove, will know that there are plenty of unusual, wacky and downright expensive houses on the capital’s market.

Whether you fall in love with a classic Victorian home or spot a modern work of art that you dream of living in there’s a little bit of everything in the Big Smoke.

But, sometimes, the most unusual homes aren’t as flashy as you might think – and often hide in plain sight.

Some properties in the capital even hide from public view, such as two houses in the centre of London that are managed by Transport for London (TFL). The street makes up an elite area of the Capital with houses costing a fortune, but they appear as terraces mid-Victorian homes as most of the buildings are.

Many of the properties on the expensive street are listed, but the middle section of the terrace is actually two false houses.

Numbers 23 and 24 are managed by TFL and have no rooms behind the thin faux exterior.

In fact, the building hides an old Metropolitan line railway from the 1860s.

The house fronts were built around the railways to hide where old steam trains would release their hot air!

Before electricity came along and powered the mammoth London Underground, locomotives on the tube were fitted with condensers to reduce the smoke produced and drivers released the built up condensation and smoke in above-air sections of the track.

One such section is behind numbers 23 and 24 Leinster Gardens.

The houses were built to stop the section from affecting the appearance of the area, but the walls are between 1.5m thick and, in some areas, just six inches thin around the windows.

The false homes were built to match their neighbours and so feature glam corinthian columns, fake windows and doors.

And, the buildings are Grade II listed so their architecture can never be altered.

Whole terraced properties on the street sell for upwards of £1million each according to Rightmove's data and one hotel is even listed for over £29million.

Check them out next time you’re near Hyde Park – just don’t expect anyone to answer the door!