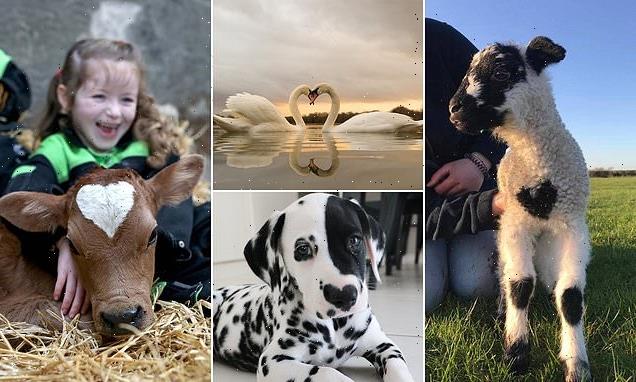 Love IS all around us! Cute photos capture hearts spotted in nature, from a puppy’s nose to kissing swans

This sweet collection of pictures of love hearts found in nature proves that love really is all around this Valentine’s Day.

Budding and professional photographers have captured hearts they’ve spotted in nature, from a dream-like cloud to the nose of a Dalmatian puppy.

In Bushmills, County Antrim, Jack, Emily and Harry McAuley are marking the second birthday of Be My Valentine, a Jersey calf who was born on Valentine’s Day in 2020 with a love heart on its forehead.

Meanwhile, in Hawaii, C.J Kale has also snapped the incredible moment molten lava formed a perfect heart shape as it exploded out of a volcano in Hawaii. 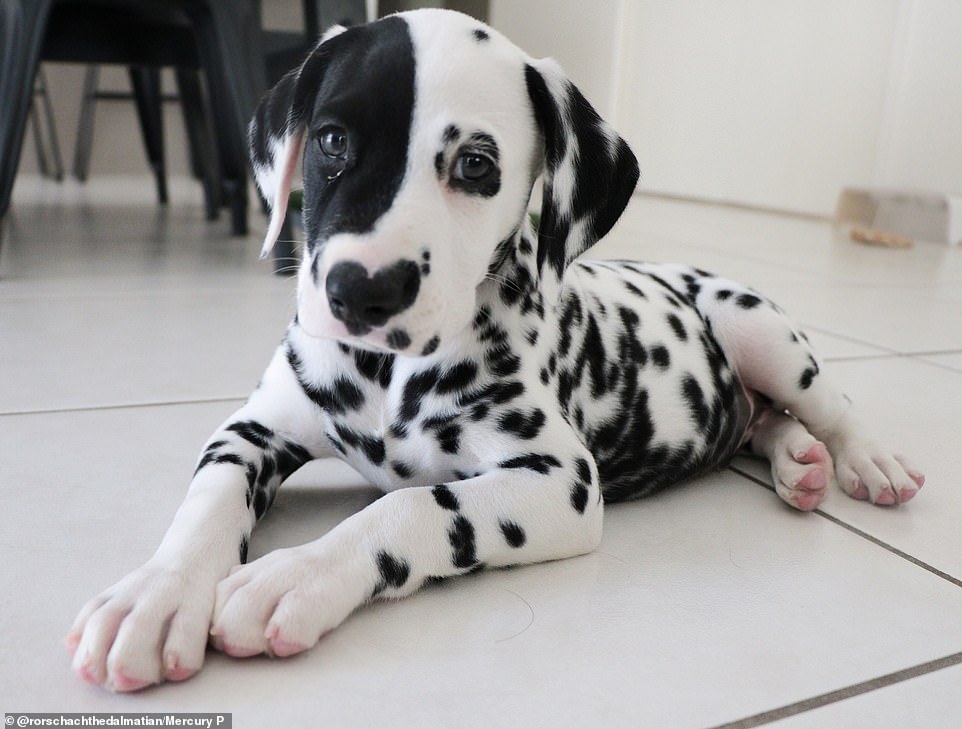 This sweet collection of pictures of love hearts found in nature proves that love really is all around this Valentine’s Day. Pictured:  Two-year-old Rorschach’s owners, from Brisbane, fell in love with the unique marking on the puppy’s face 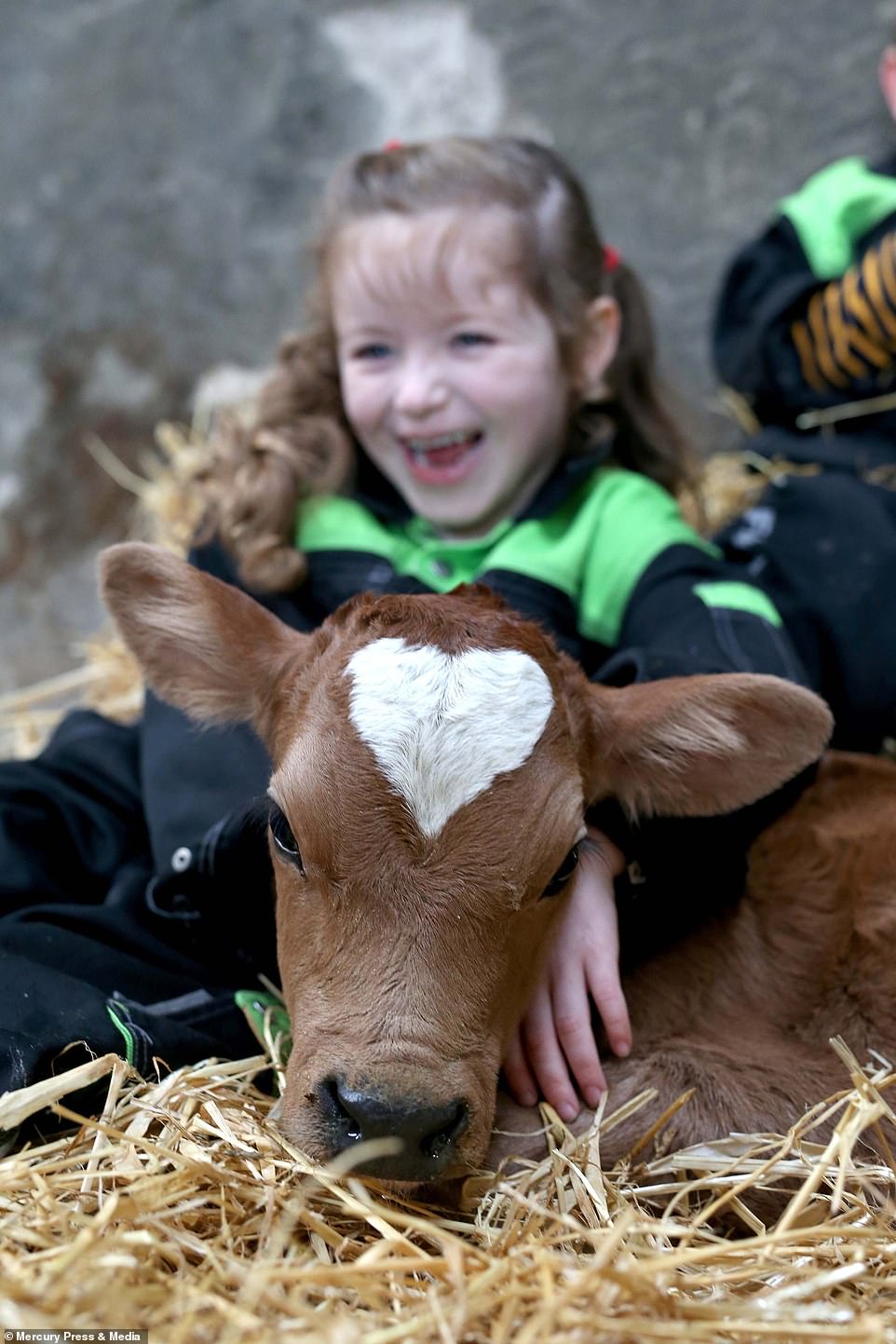 In Bushmills, County Antrim, Jack, Emily and Harry McAuley are marking the second birthday of Be My Valentine, a Jersey calf who was born on Valentine’s Day in 2020 with a love heart on its forehead. 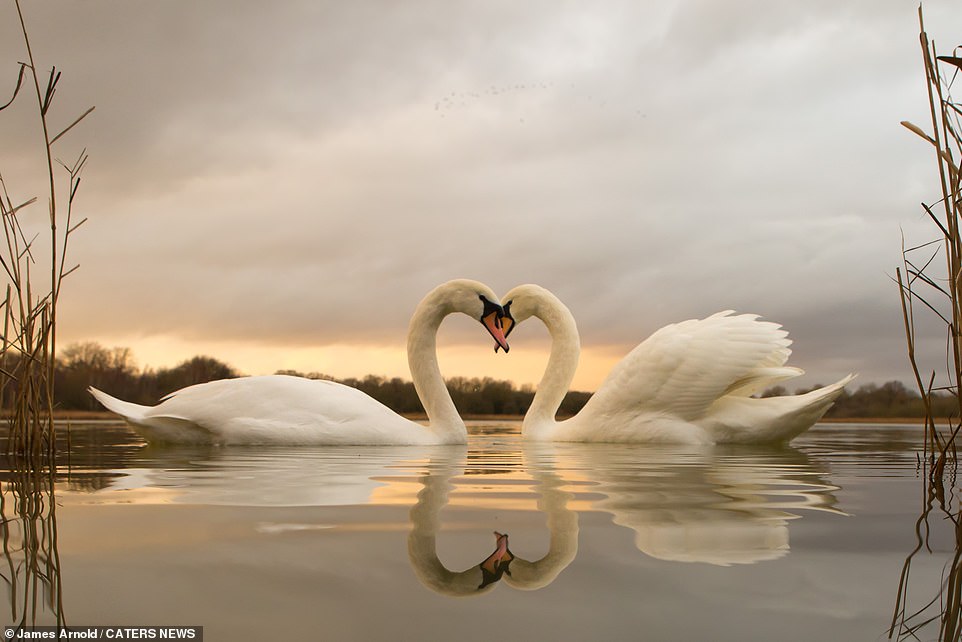 Love birds! A duo of swans were caught canoodling and forming a heart shape with their long necks at sunset in Northwich, Cheshire 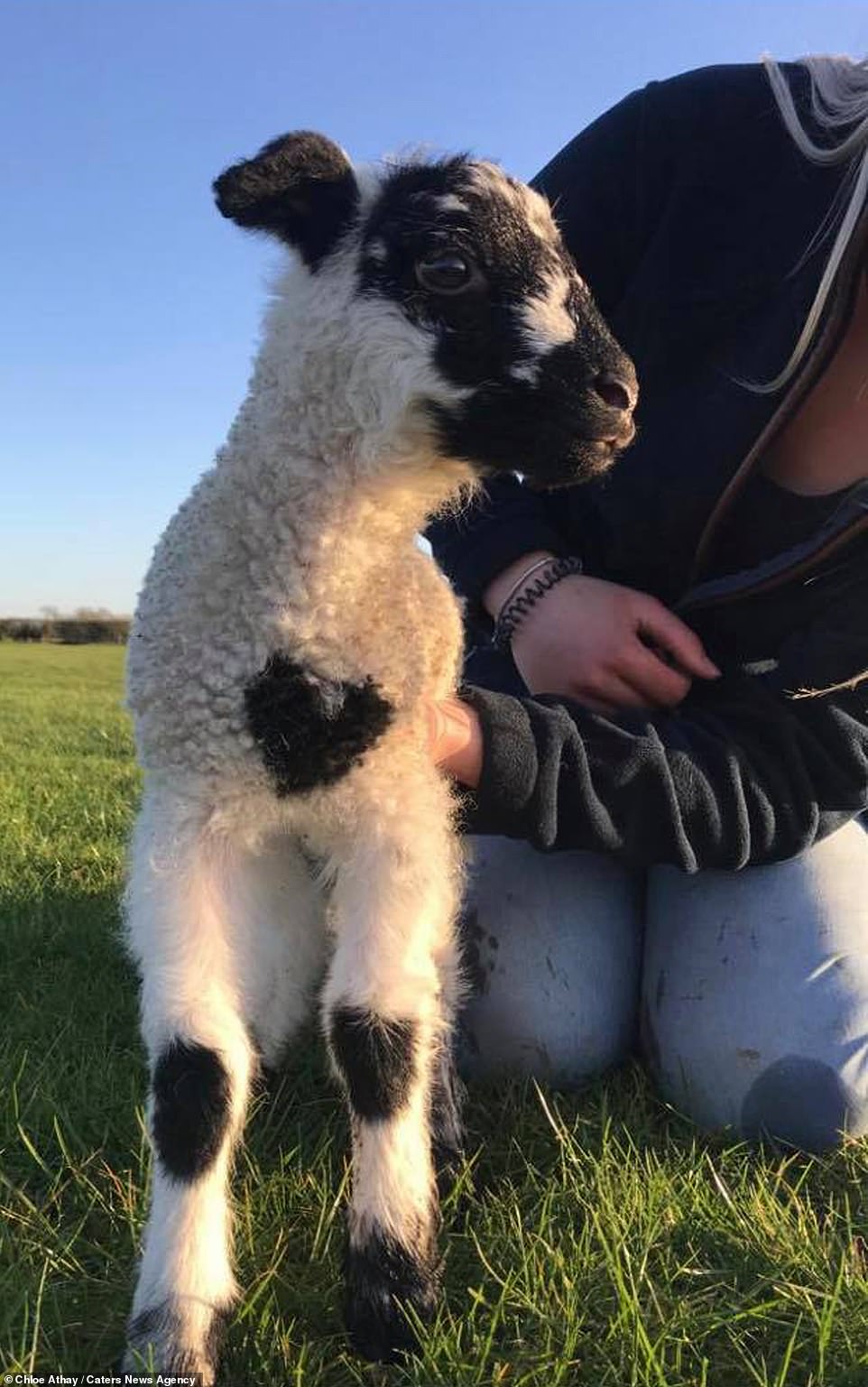 At less than a week old, the little ewe has captured the hearts of farmer Chloe Athay and her family, after being born with the unique black heart emblazoned on her white fleece 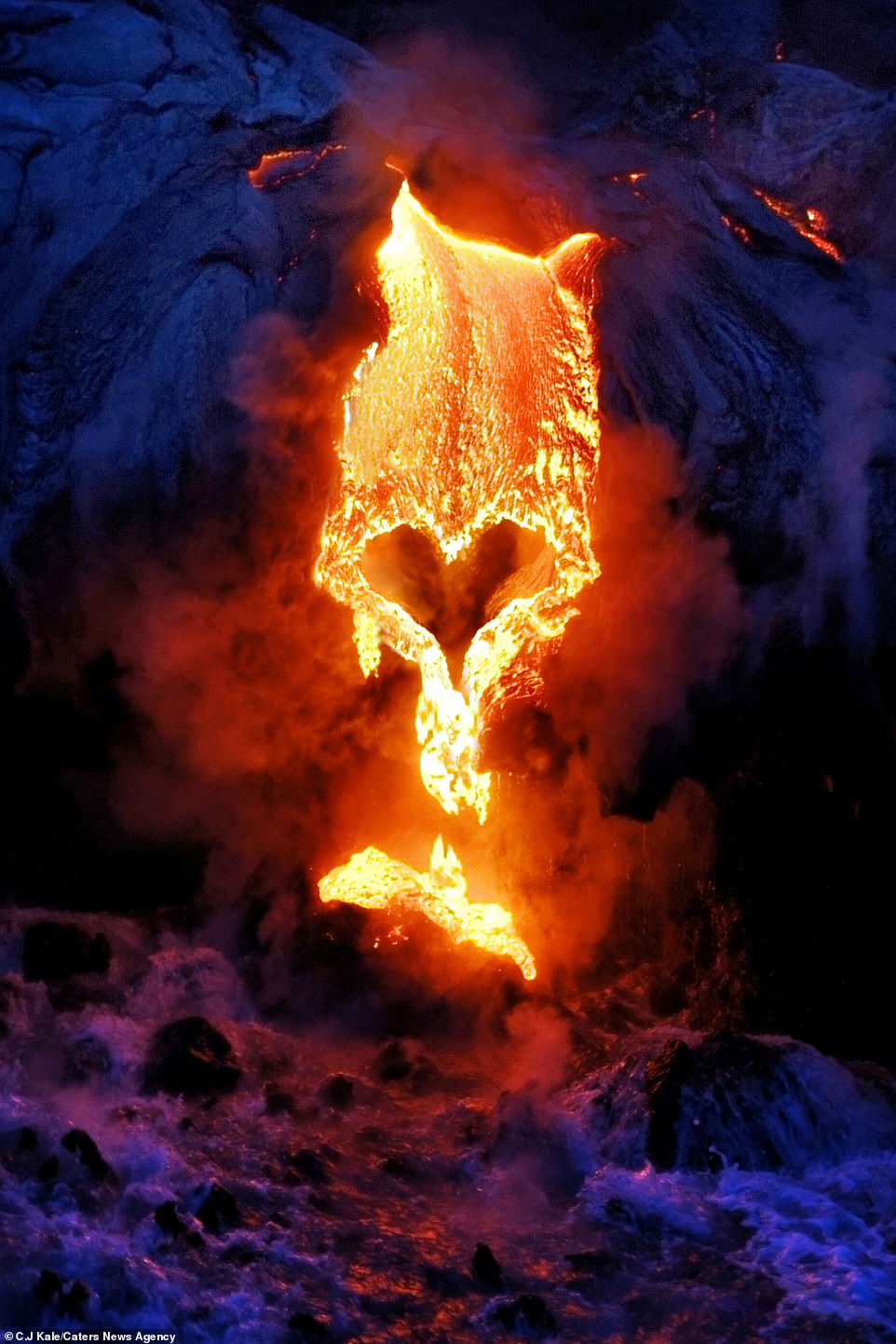 This impressive snap was taken by the Kalapana coast of the Big Island of Hawaii the lava flows through lava tubes until it reaches the sea. It then pours into the sea like a fast-moving river of molten rock. The gas and gravity push the lava forward which sometimes causes momentary shapes to form in the lava rivers. This heart lasted less than one second 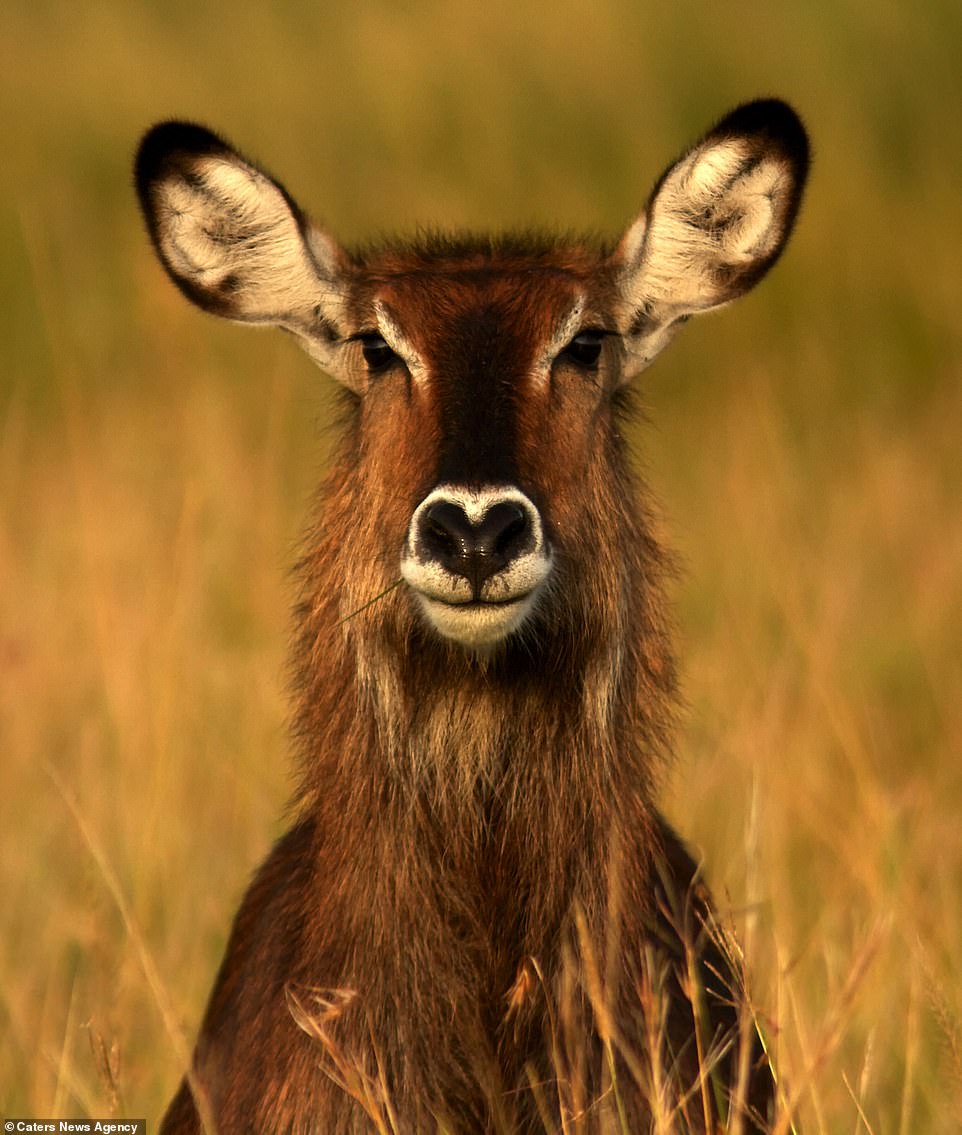 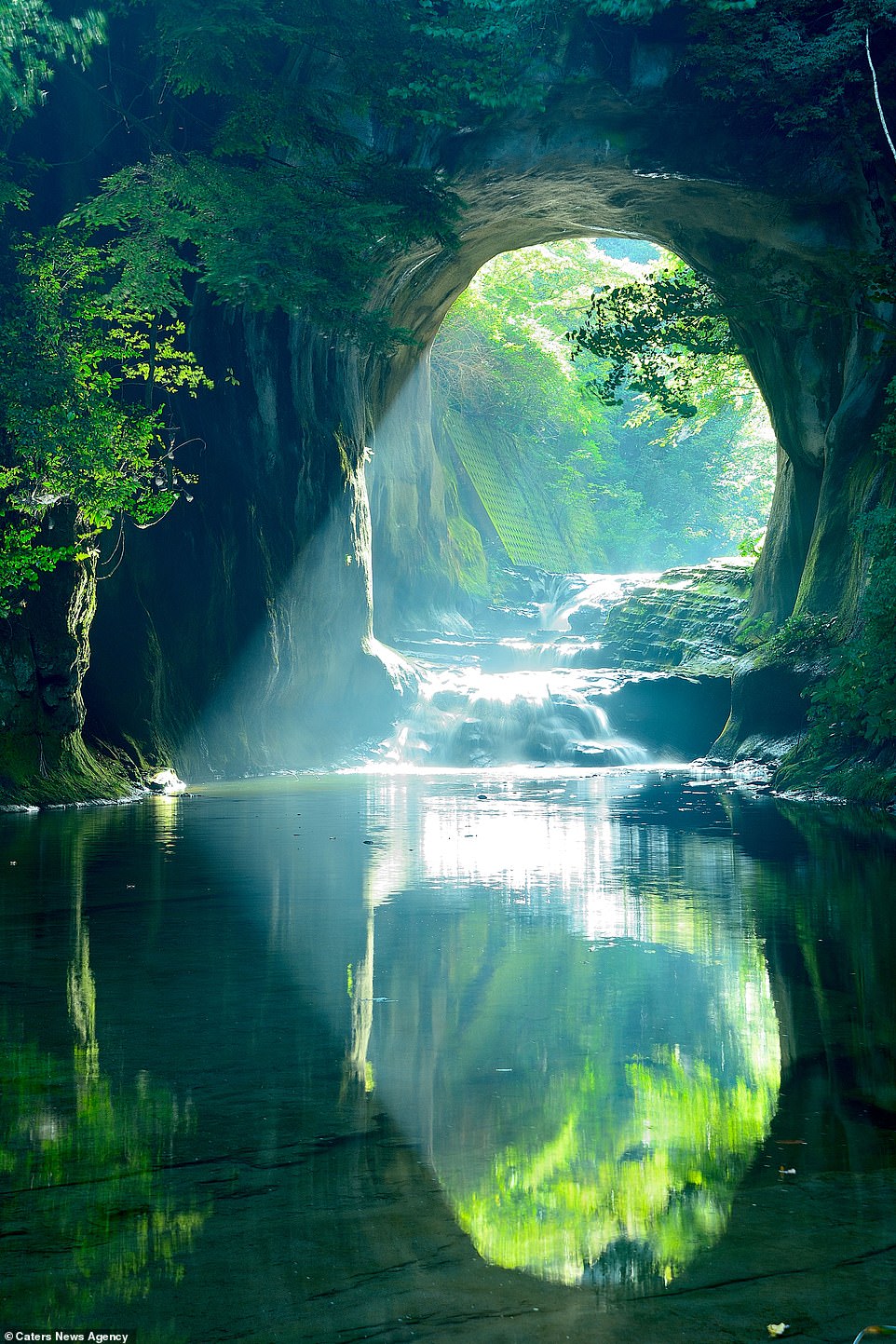 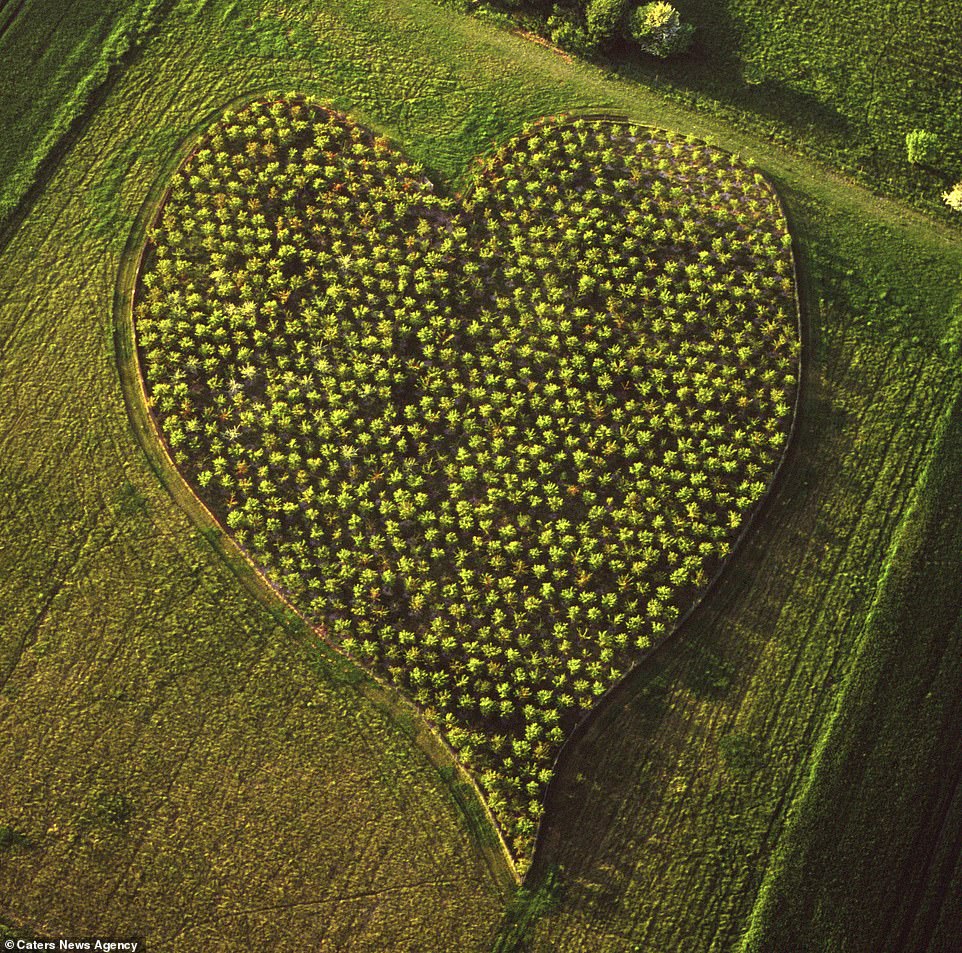 In Wiltshire, you can catch a glimpse of the beautiful and aptly named Heart Orchard, located near Huish Hill Earthwork in Oare 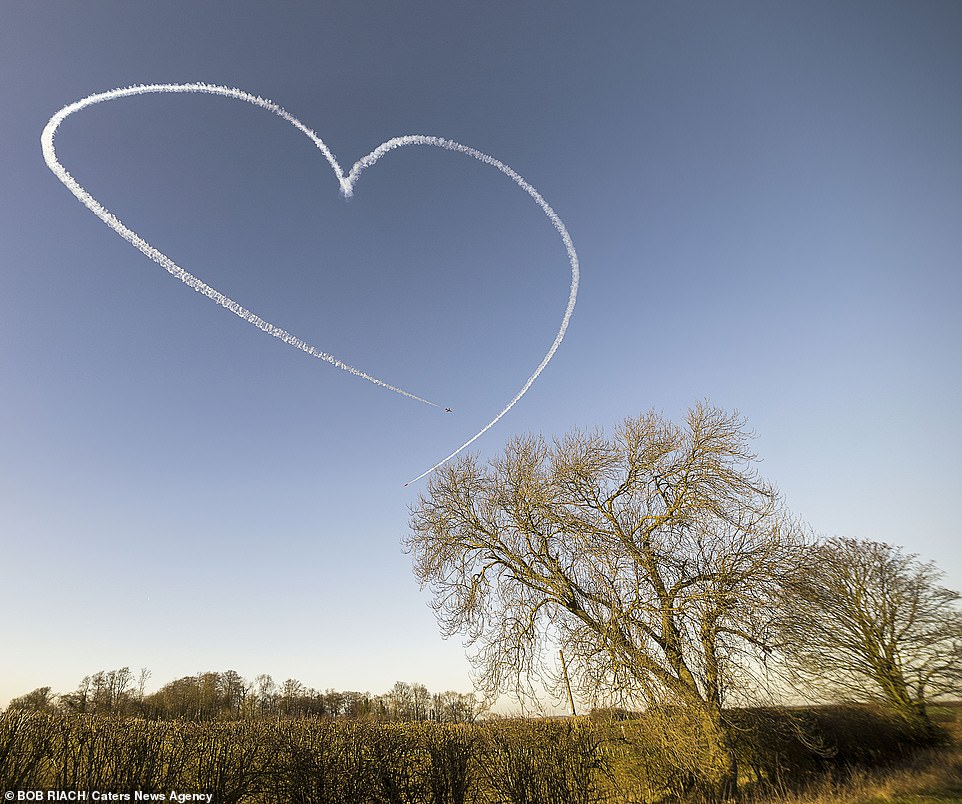 Bob Riach snapped this impressive image of a love heart that had been formed in the sky by the Red Arrows. Bob spotted the planes as they trained over their RAF squadrons in Lincolnshire 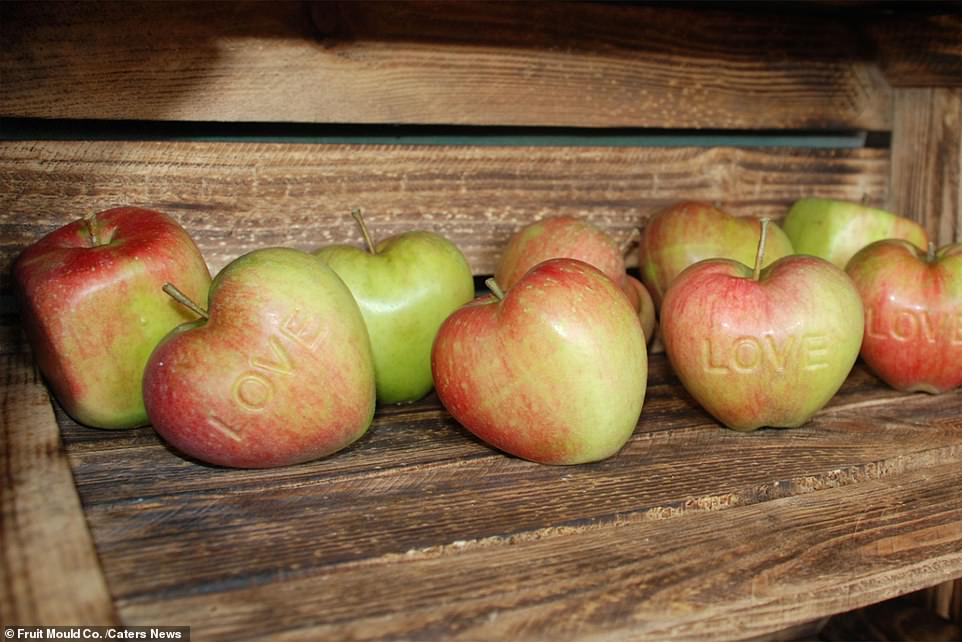 Love bite? These apples were specially shaped into hearts and squares by the Chinese company Fruit Mould Co to mark the special day 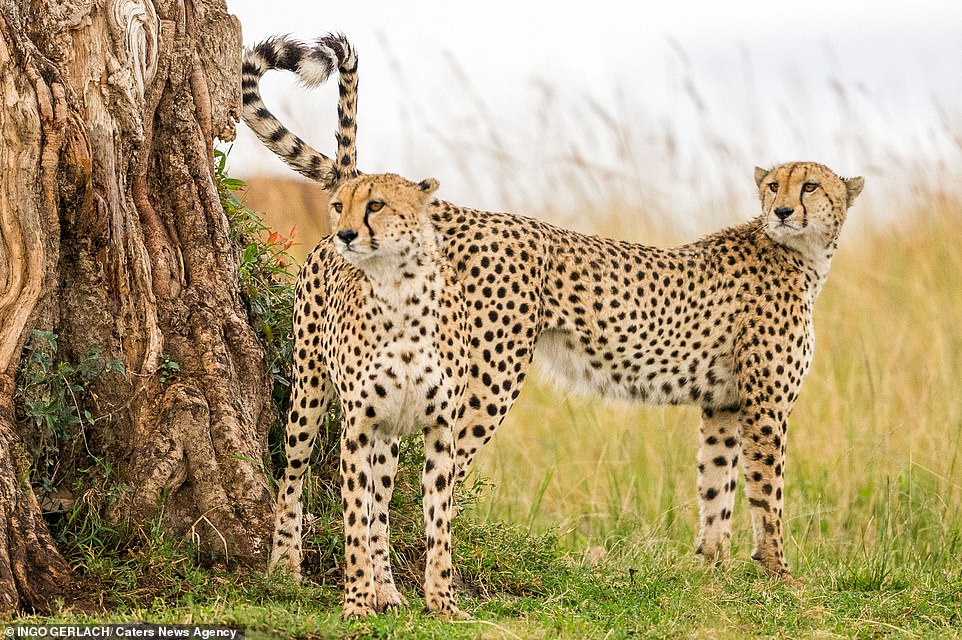 Ingo Gerlach spotted a group of cheetahs spotted in the Masai Mara, Kenya. The cheetahs were spreading the love as they joined their tails to create a love heart shape 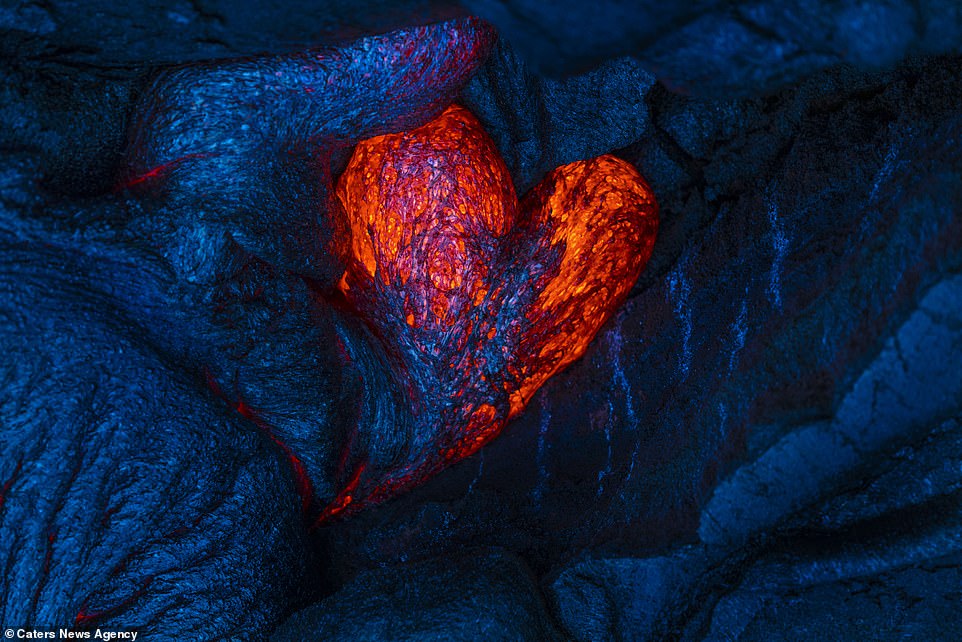 Lava you! Don Hurzeler captured this striking heart made of lava in the continuing lava flow of the Kilauea volcano in Hawaii while it was still bright and hot 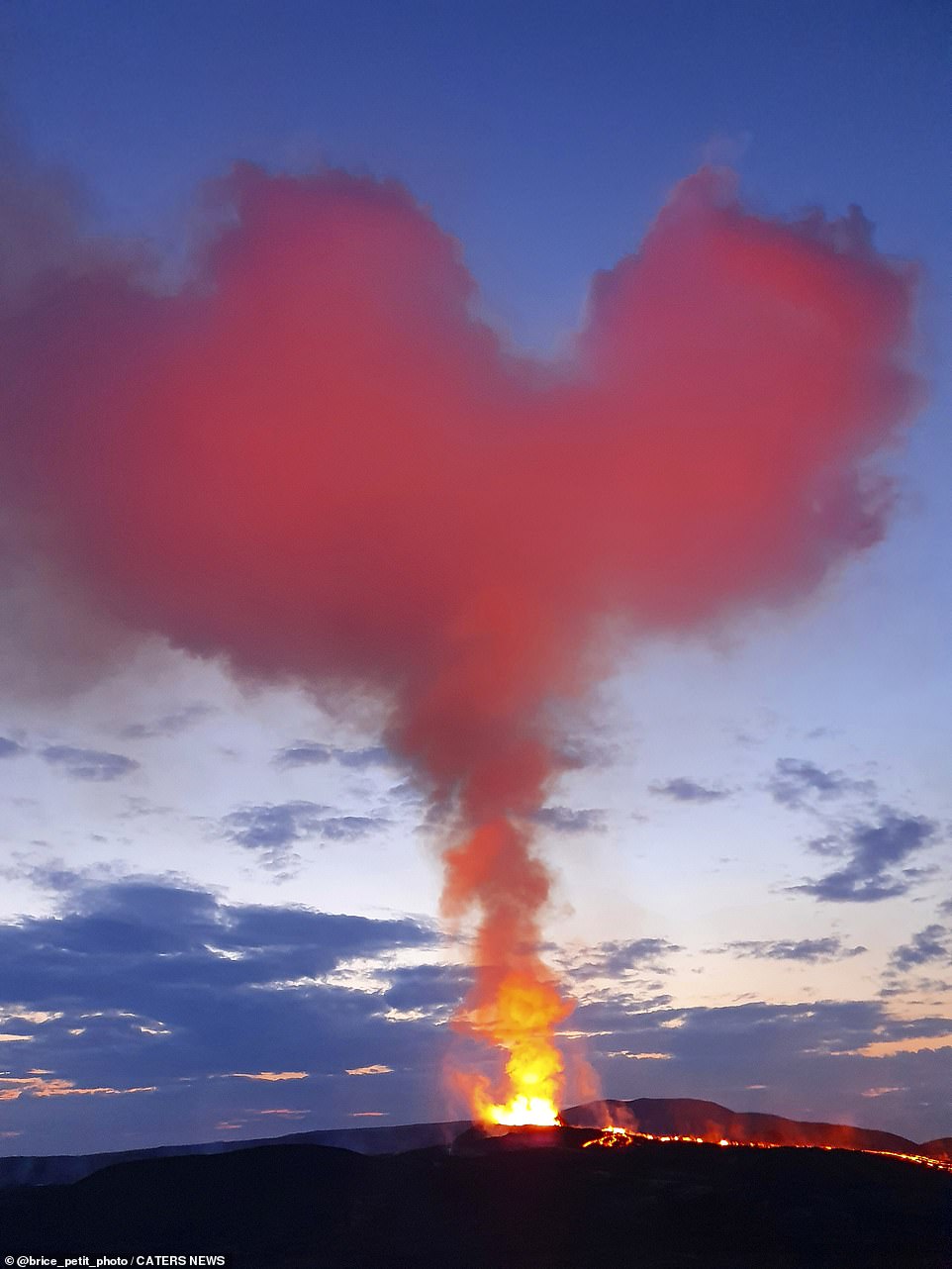 This beautiful photo show mother nature at her most romantic as a volcano in Iceland erupts and creates a heart-shaped cloud of red smoke in the night skies above. The moment was captured by hobby photographer Brice Petit when he was hiking in Iceland 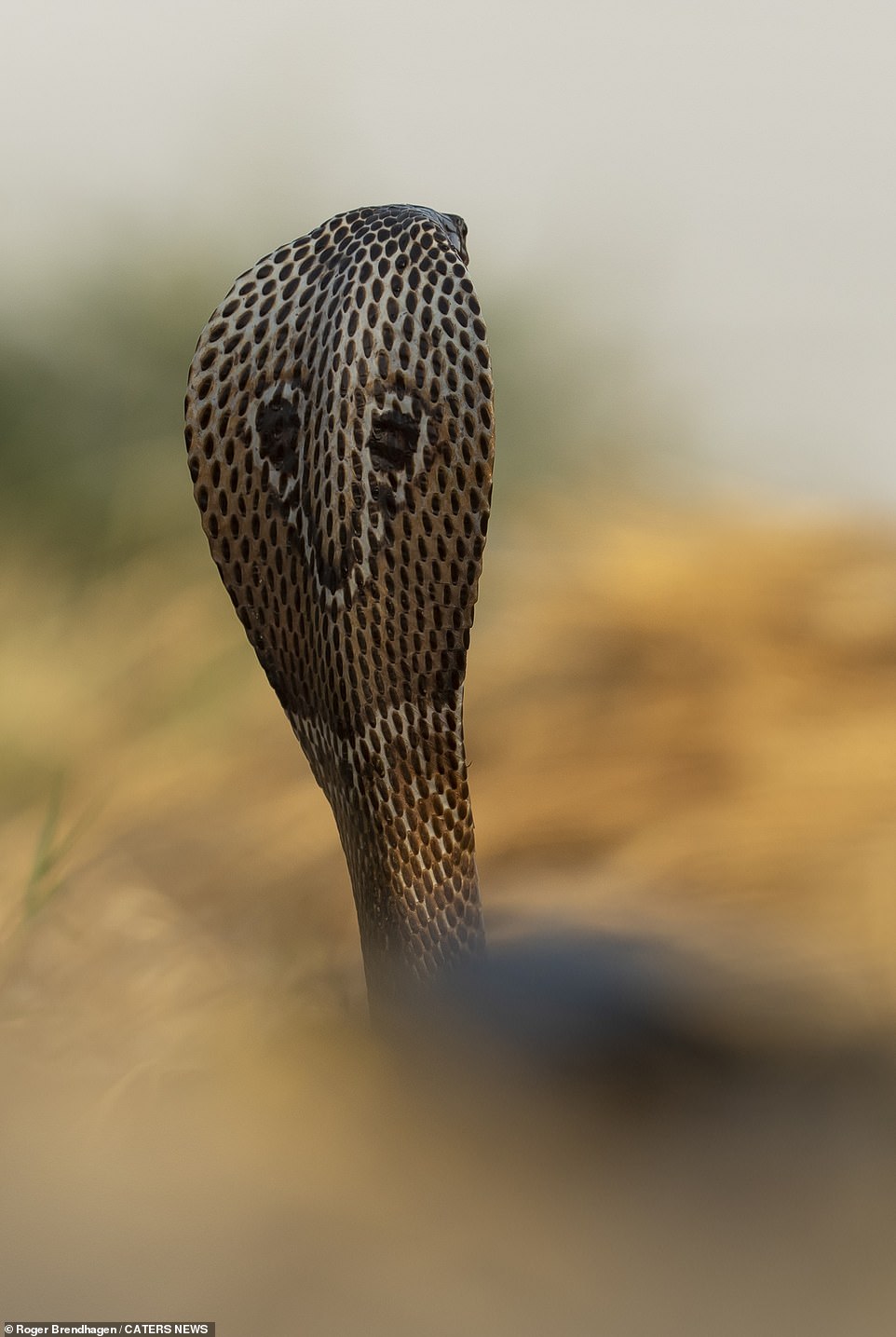 A photographer caught some close-ups of the deadly cobra during a four week trip to India. Nature photographer, Roger Brendhagen, 52, from Oslo, Norway, says he took the photographs to capture the beauty of the beast and so that people can learn something about snakes 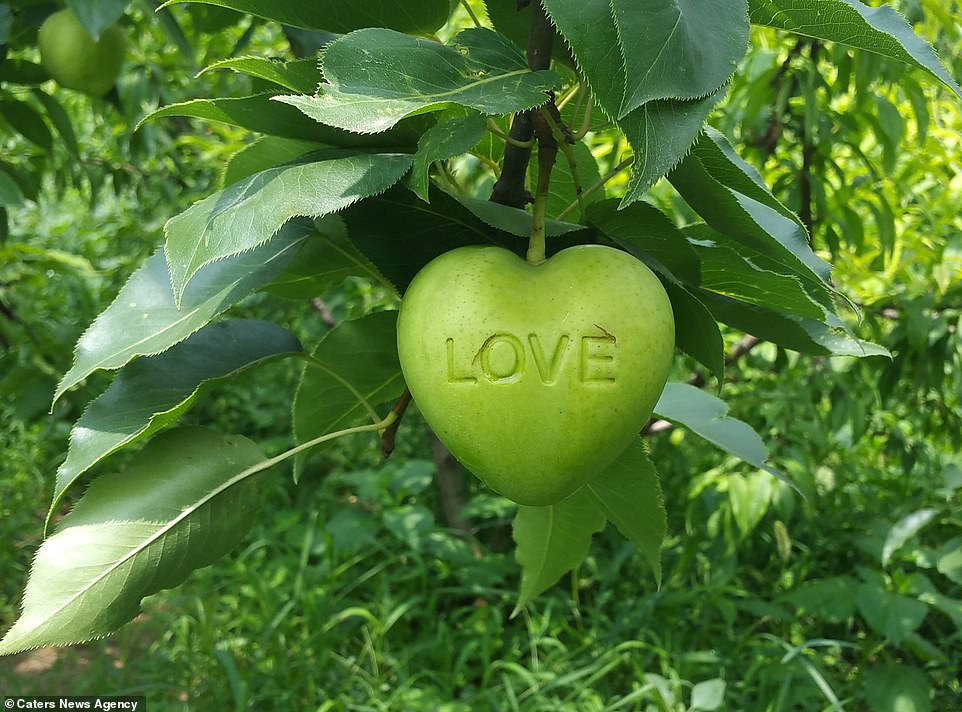 These apples would be the perfect Valentines snack as they have been moulded into heart shapes by the Chinese company, Fruit Mould Co 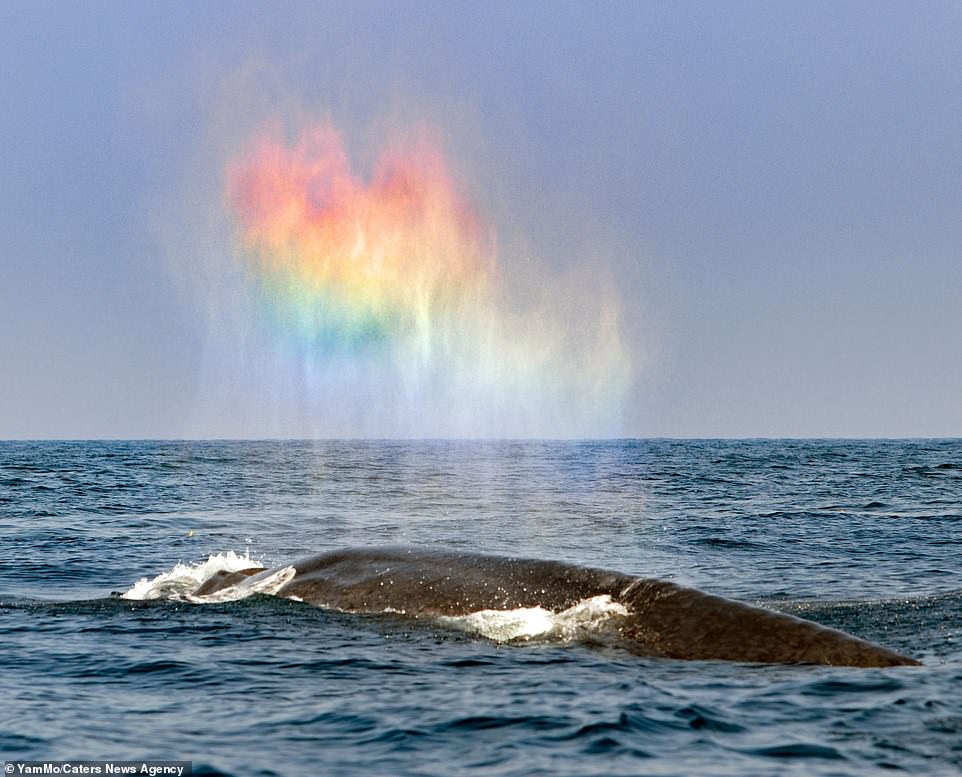 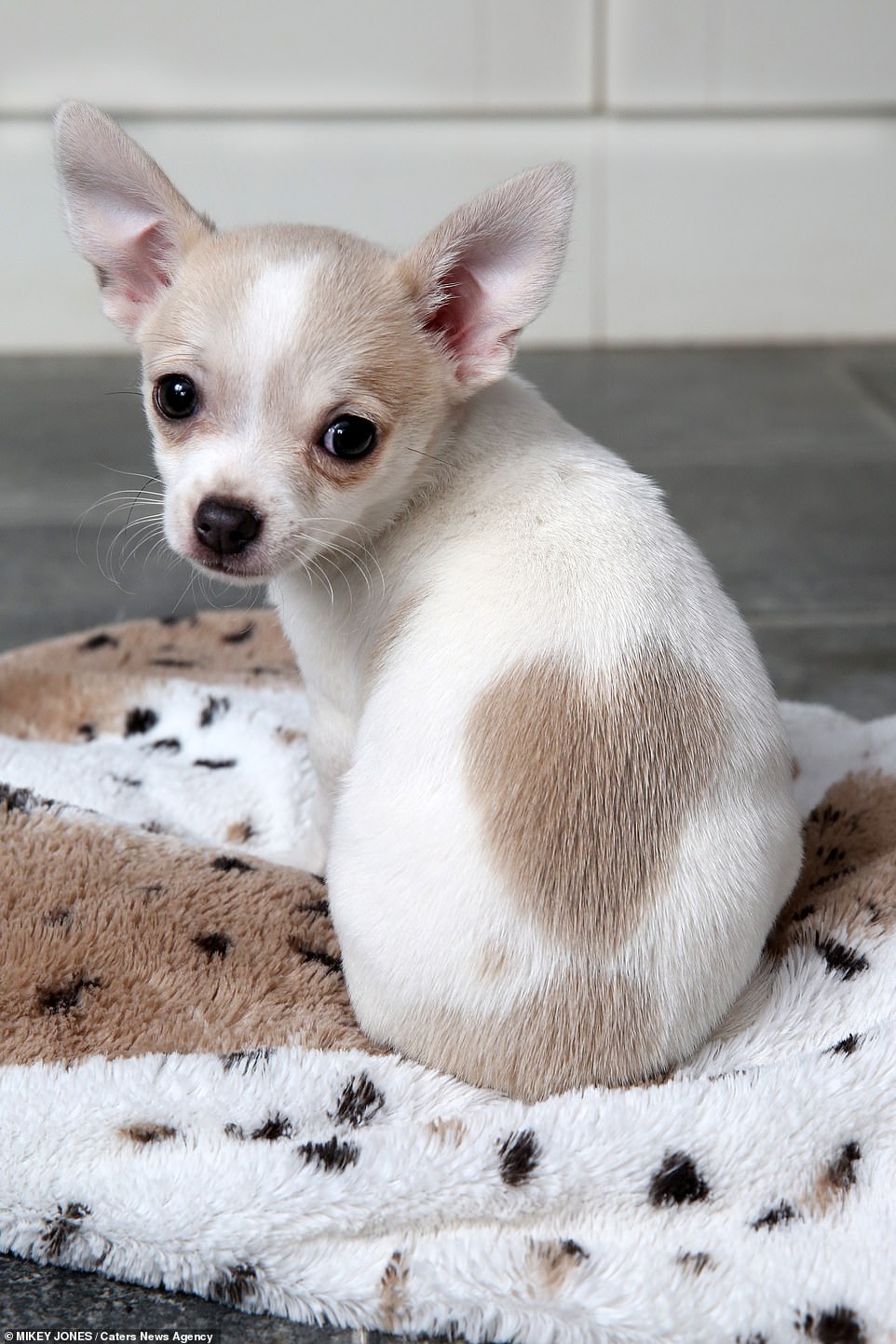 Teddy the Chihuahua, from Tamworth, Staffordshire, has an adorable heart-shaped birthmark within his fur on his back. He couldn’t be any cuter 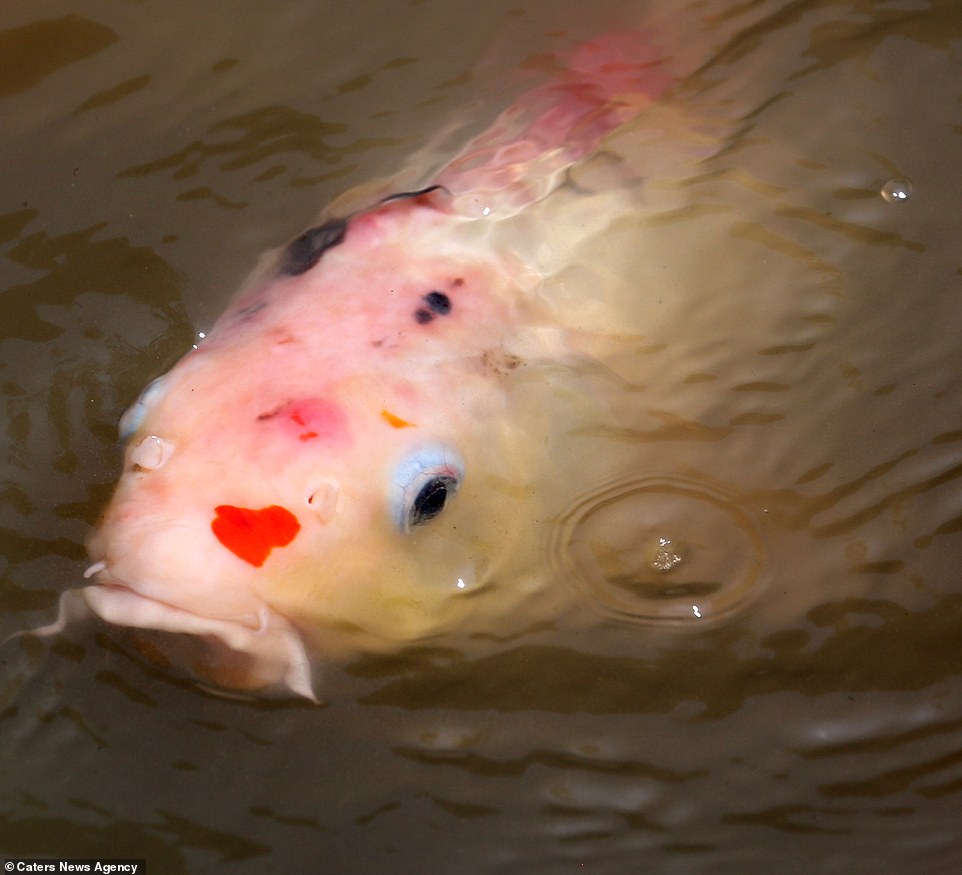 Paul Brown captured an image of this Koi Carp at Shizuoka Zoo in Japan, which has a heart-shaped mark on its mouth. This is very appropriate as the Koi are often regarded as symbols of love in Japan 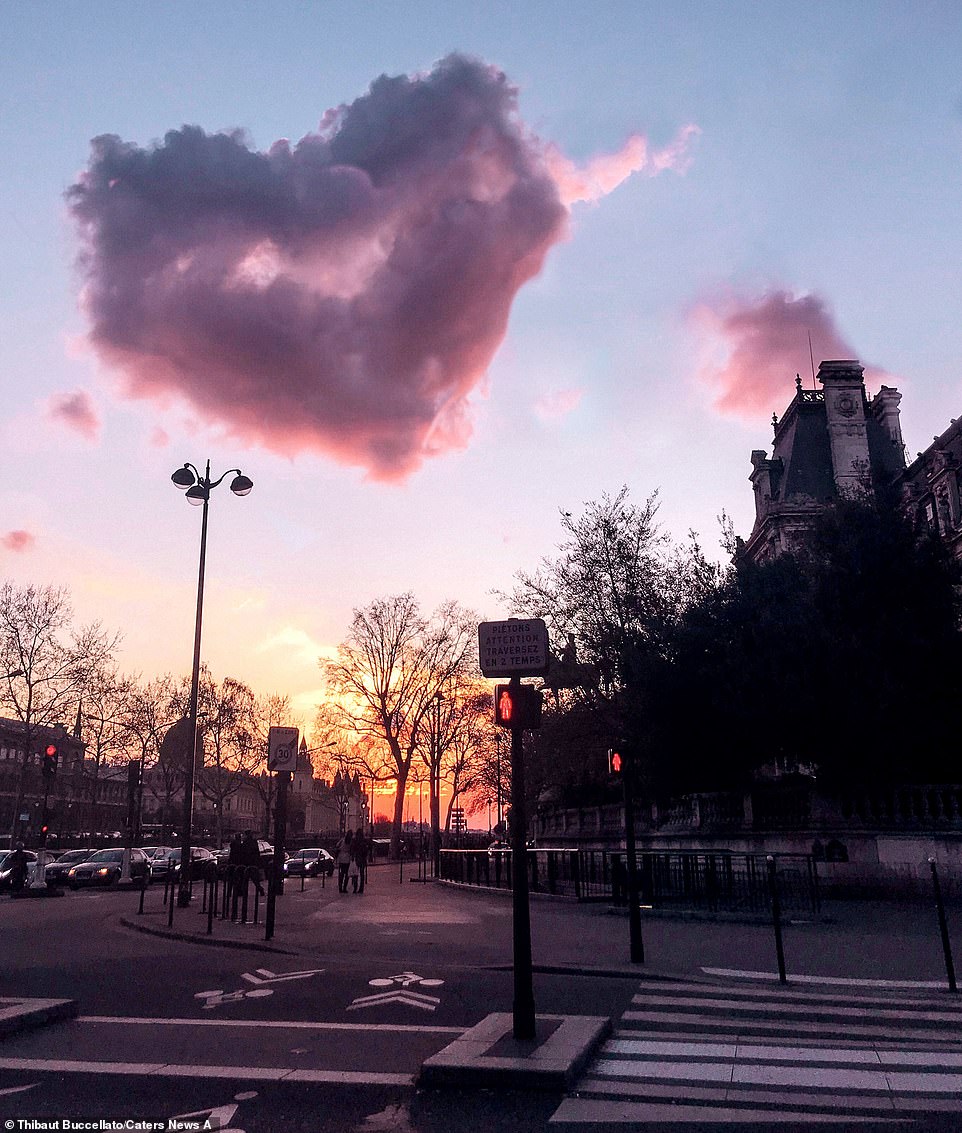 A fitting cloud for the most romantic city in the world! Thibaut Buccellato captured this sweet picture of a heart-shaped cloud in the city of love, Paris 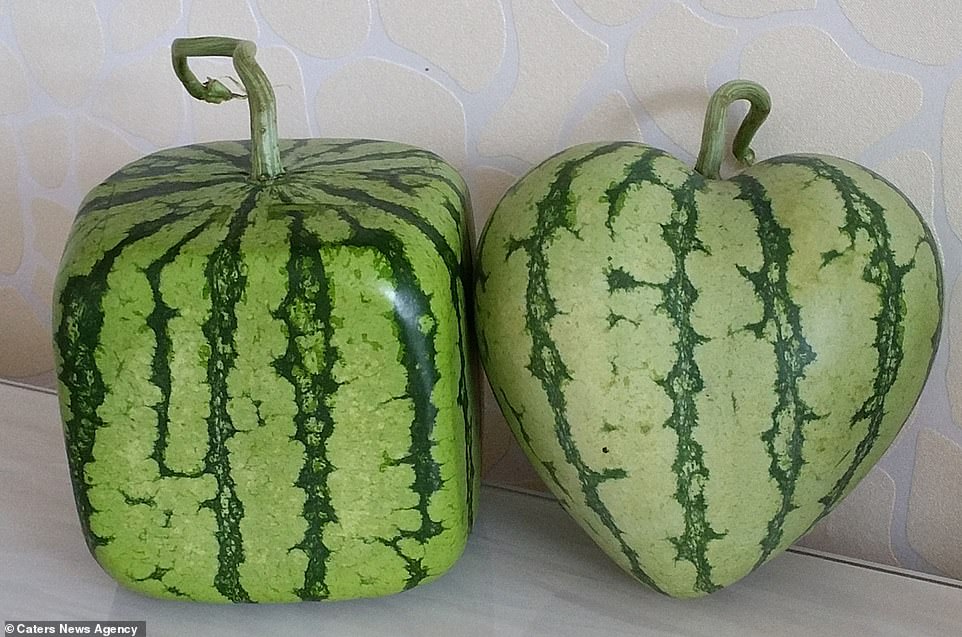 These heart-shaped watermelons look too good to eat. They have been cleverly moulded into this romantic shape by Fruit Mould Co