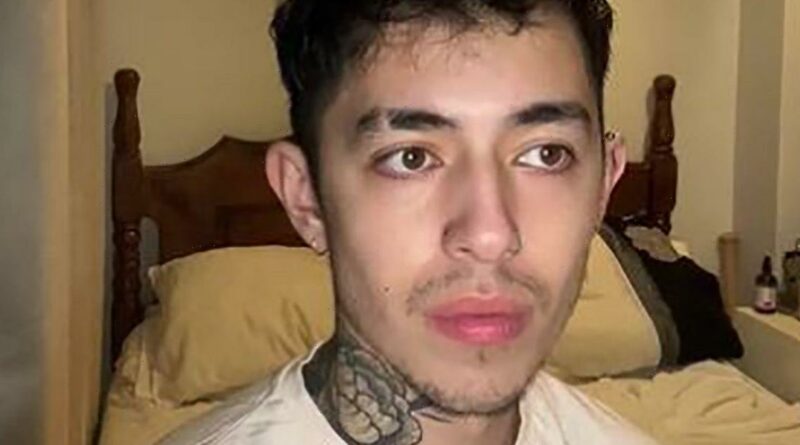 Some people love getting inked and there's nothing wrong with that — but one person might have enjoyed it a little too much.

Getting tattooed has become a popular kink being shared on TikTok, with one woman racking up millions of views by claiming her artist went down on her during the session.

But not every tattoo artist is a willing participant in the sadist pleasures of the needle as one bloke shared how uncomfortable he felt when one of his clients wouldn't stop touching themself.

Irish tattoo artist Jamie Lo, who posts on the app as @jammydodged, gained more than 1.1million likes on the clip where he wrote: "Me trying to convince my client to stop moaning and stop touching themselves while I'm tattooing their inner thigh."

Before adding in the caption: "Yes, this is based on real events and yes, it was uncomfortable."

In a follow-up video, which has gained more than 207,000 likes, he explained that the customer was a guy he had matched with on Tinder, who was now in a relationship with someone else.

But when he got to tattooing him, things quickly went downhill as he said: "He was a little bit weird, I'm not gonna lie. As I'm putting it on, he's like, 'oh, that tickles.' but when he was doing that, he was holding like his groin area."

Jamie said he tried to put that to the back of his mind and get on with his job – but then the guy started moaning.

He added: "I put the stencil on and as we're tattooing, he's like, 'oh, this is really painful.' And I was like, 'oh, do you want me to stop?' I hate putting people through pain.

"He was like, 'no, no, don't worry. It's not that bad.' I was like, 'okay, you just said it was painful and whatever.' And as we were going through it, he starts moaning. It wasn't like ah, ah, it was like bow-chicka-wow-wow. Like it was very inappropriate moaning. It was PG 13."

Later in the session, the customer said that he thought Jamie was still interested in him and started touching himself, telling the artist that he "won't tell his boyfriend."

Jamie was only rescued from the situation when his co-worker came into his section and he was able to ask them for help dealing with the client.

Viewers took to the comments stunned by the clip and told Jamie that he should kick people out of his shop when they do anything to make him feel uncomfortable.

One user said: "You gotta be able to kick them out if they are making you feel uncomfortable right like seriously I would be so ashamed."

Another added: "What goes through these people's heads bro?"

"Nah the way I would immediately be calling the police," a third commented.

To get more lifestyle stories from Daily Star delivered straight to your inbox sign up to one of our free newsletters here.

A fourth wrote: "I would’ve kicked them out omg."

Jamie previously made a video expressing his shock after woman named Sisi claimed to have had her sexual fantasies fulfilled by a tattoo artist who went down on her during her appointment.

Many agreed with Sisi that the situation was a popular fantasy.

However, Jamie was left baffled as to how it happened and gained more than 1.3million likes for his honest opinion.

Jamie said: "I'm sorry, he did what? What did he do? Did he just drop his tattoo machine and went f***ing open sesame on your m**ge? How does this happen?"