No more bad blood? Taylor Swift and Katy Perry prove their feud really IS over as they enjoy a girls’ day out in Manchester (but all is not what it seems)

They’re two of the biggest stars in showbiz, and they spent years locked in a famous feud.

But when Taylor Swift posted what appeared to be a letter of apology from Katy Perry on Instagram last month, fans hoped it was a sign they’d finally buried the hatchet.

And it appears their wish has been granted, after the mega-stars were snapped enjoying a girls’ day out in Manchester.

But as thrilling as the notion of Katy and Taylor sharing prosecco and pasties in the capital of the north is, sadly the women in the photos aren’t the real deal – but rather incredibly convincing lookalikes. 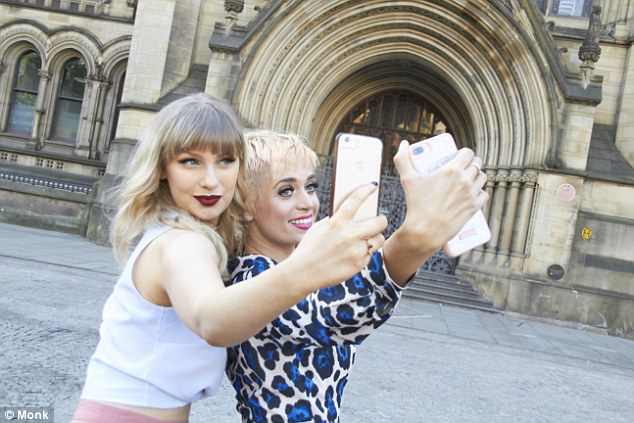 The shots were captured by the photographer Alison Jackon as part of a stunt set up by a new radio station.

The lookalikes were invited to the city by new national radio station Hits Radio.

Exploring the sights of the iconic city, they duo enjoyed a shopping spree and they were pictured in Exchange Square, before enjoying a bottle of prosecco in the sunshine – much to the surprise of passers-by, who gathered around for pictures. 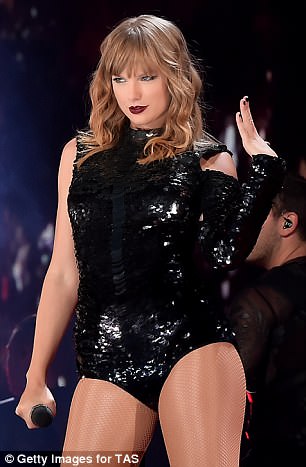 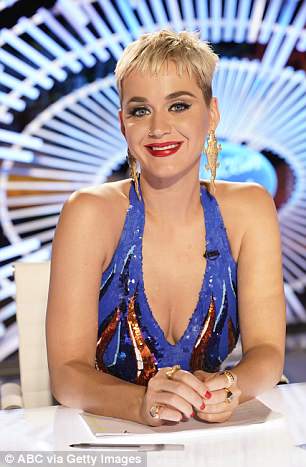 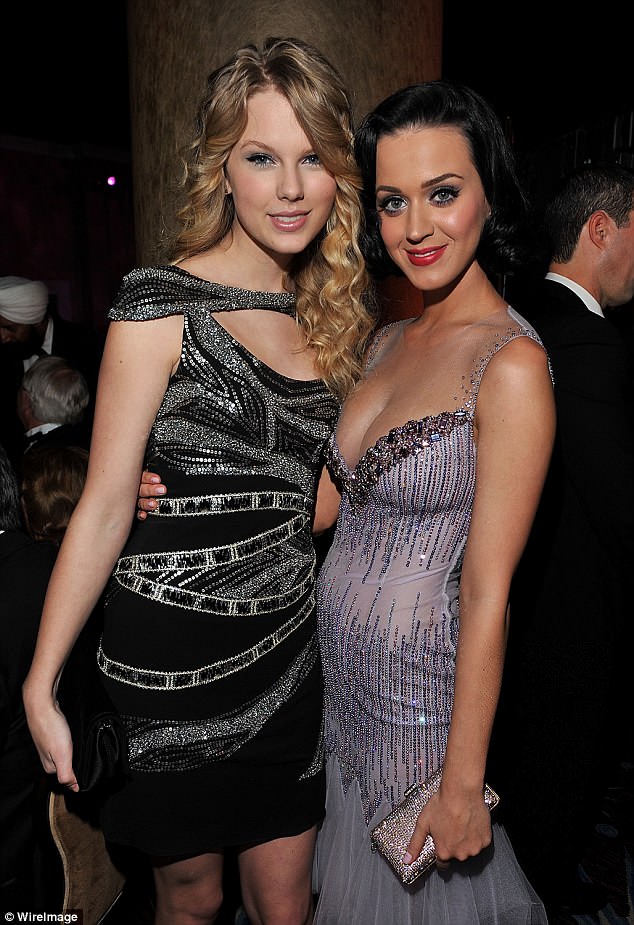 Taylor Swift and Katy Perry were both friends, initially, but have been in a feud since 2014 because of an argument over dancers

Taylor was dressed for the hot weather in a casual crop-top and flattering shorts, whilst Katy wore stylish electric blue trousers and leopard print top.

They even stopped by a tattoo parlour for matching ‘BFF’ tattoos.

The feud between the two former friends began back in 2014 when  Katy allegedly ‘stole’ some of Taylor’s back-up dancers for her own tour.

It has escalated through a series of tweets and interviews since. 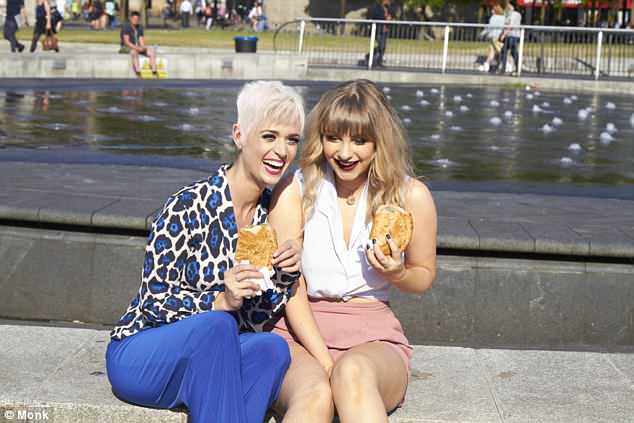 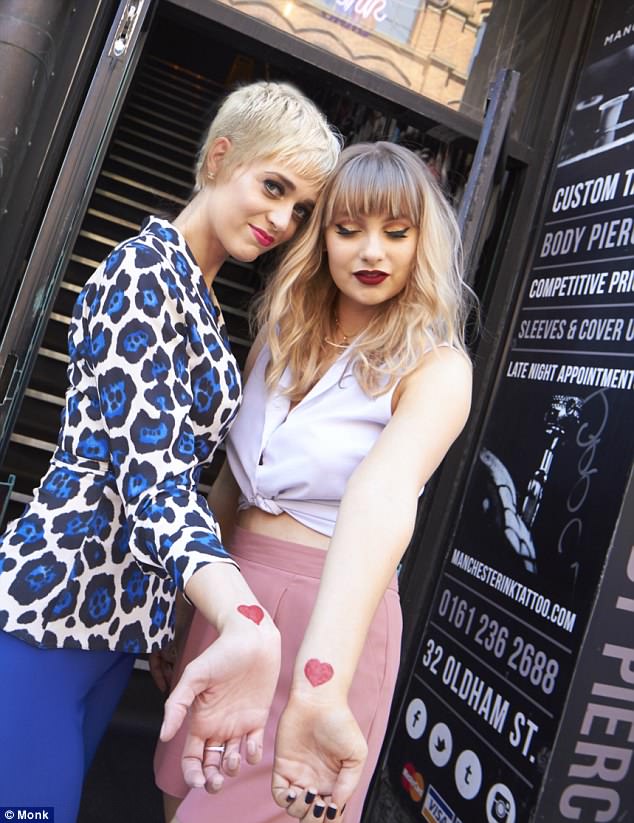 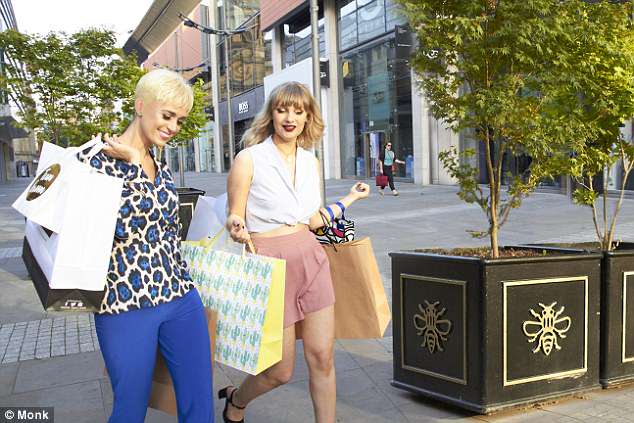 They went on a shopping spree, with fans taking pictures of the lookalikes who looked as if they loved the attention

Hits Radio revealed that celebrity lookalike photographer, Alison Jackson, was invited to the city to capture this brilliant set of photos featuring a top cast of Katy and Taylor look-alikes.

A spokesperson for new national station, Hits Radio said: ‘We’re huge fans of Taylor Swift and Katy Perry at Hits Radio, and were thrilled when Taylor revealed that Katy had reached out to her.

‘We hoped that whilst both in the UK this month they may use the opportunity to get together, and so decided to bring this moment to life. We hope it brings a smile to the nation.’ 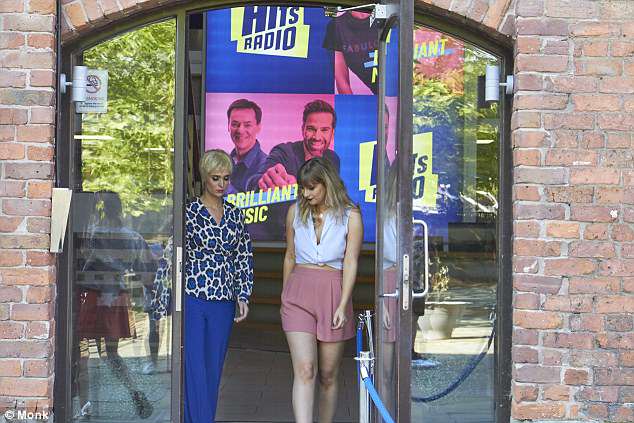 Alison Jackson said ‘Even though things may not be quite as they appear, we are sure these shots will put a song into the heart of Katy and Taylor’s fans worldwide.’

Hits Radio is a new national radio station based in Manchester. With star presenters including Gethin Jones, Gemma Atkinson and Dave Vitty on Breakfast and Sarah Jane Crawford in the evenings, the station is all about brilliant music and great banter.

Alison Jackson is a British BAFTA and multi award-winning artist who explores the cult of celebrity culture as created by the media and publicity industries.