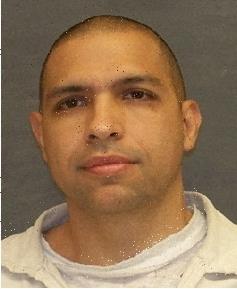 A CONVICTED murderer managed to hide from cops for weeks before allegedly killing a family of five.

Gonzalo Lopez, 46, freed himself from restraints and broke out of a prison bus in Texas on May 12 – weeks before being gunned down. 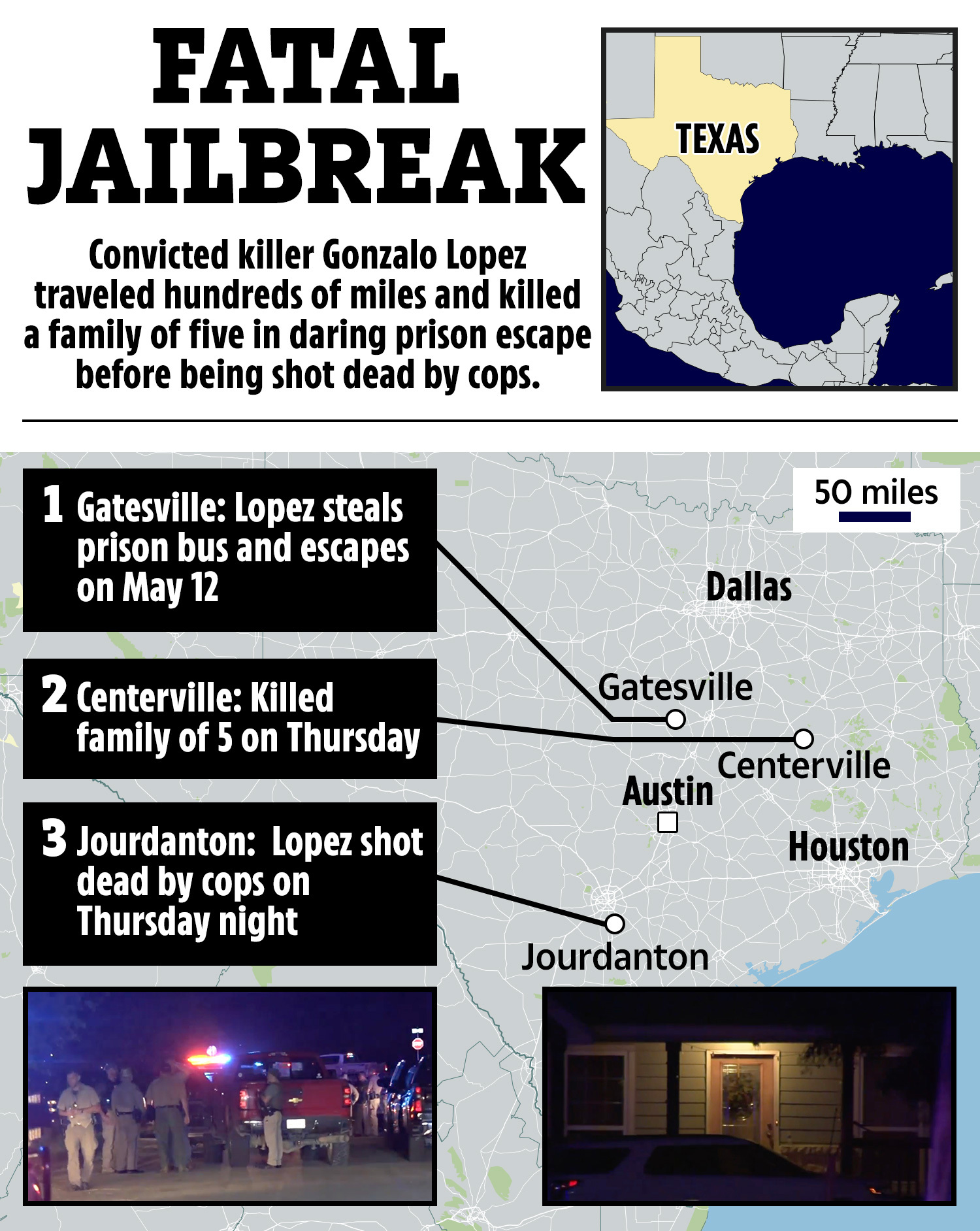 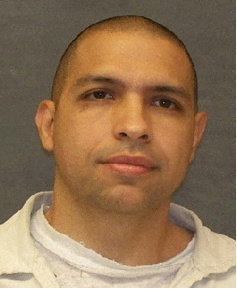 It's not the first time that Lopez has evaded law enforcement.

He managed to hide in Mexico before being sentenced to life in prison in 2004.

Lopez told investigators that he and another man were on their way to kill someone in Laredo, Texas when a Webb County deputy sheriff tried to pull them over, KGNS reported.

Lopez was driving the car when the passenger opened fire. 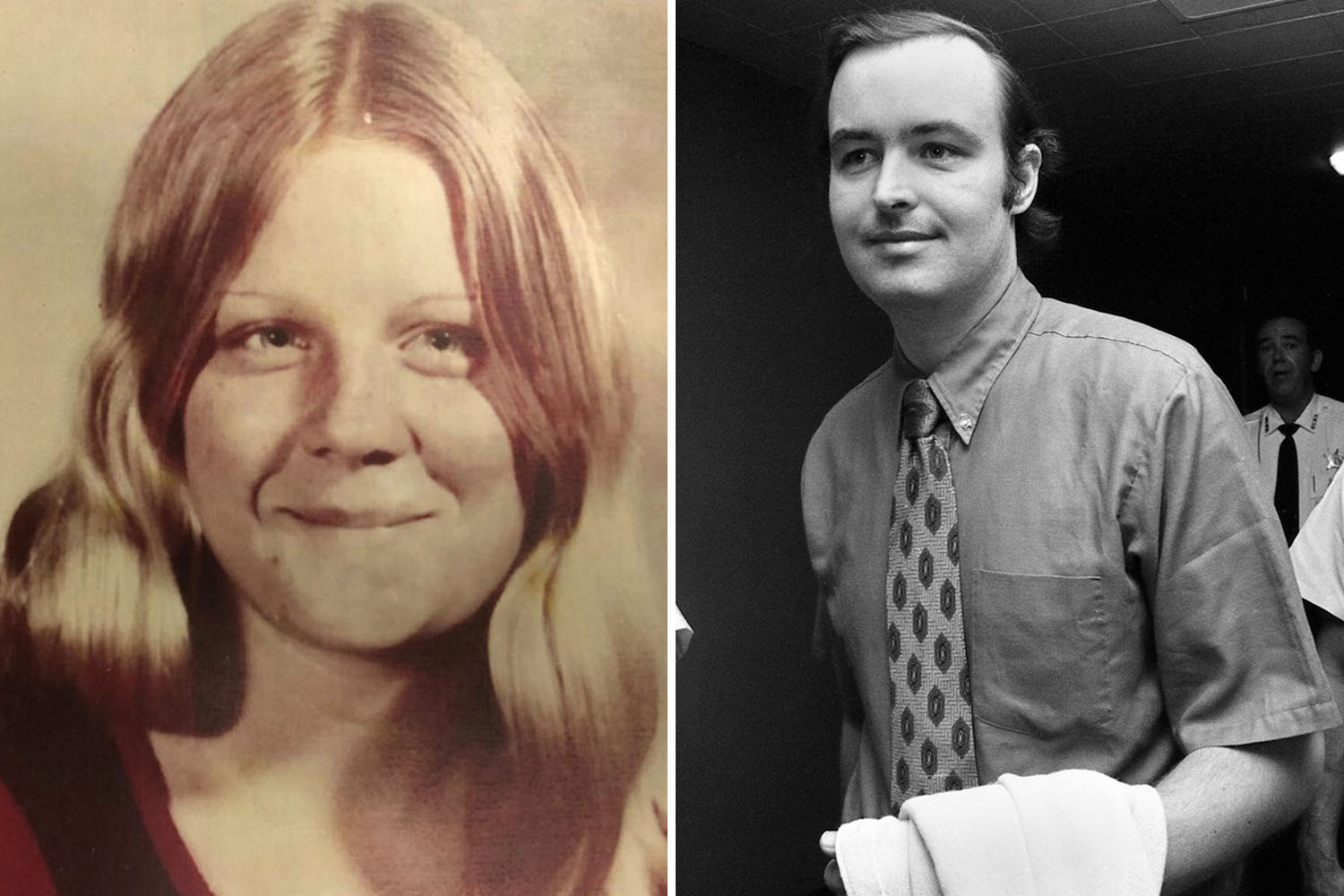 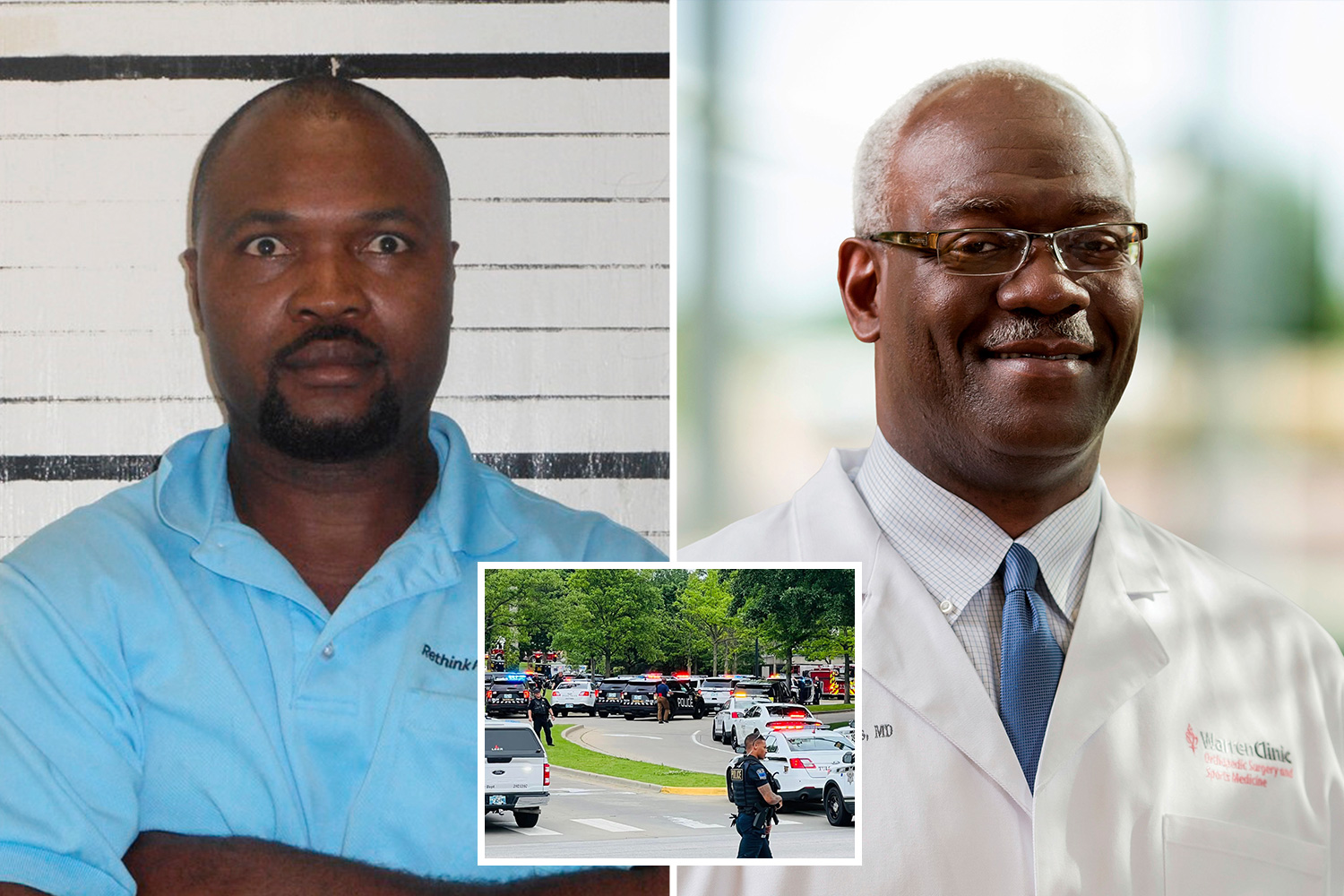 Their vehicle ran out of fuel, which prompted Lopez to run into the woods.

An alleged cartel member, who hasn’t been identified, collected Lopez.

Lopez managed to hide in Laredo, Rio Grande City, and Mexico before being arrested and sentenced to life in jail.

Prosecutors claimed Lopez loaded the gun that was used to fire at the officer.

WART DO YOU THINK?

Prison officials put Lopez in a caged area of a bus as they transported him to a medical appointment on May 12.

But, he managed to free himself from the restraints, cut through part of the metal of the cage, and crawled out of the bottom, Texas Department of Public Safety officials said.

Cops said Lopez attacked the bus driver, who was stabbed and suffered injuries to his hand and chest.

Jason Clark, chief of staff of the Texas DPS, said that Lopez “overpowered” the bus driver.

An officer at the back of the bus then got off and approached Lopez. But the inmate climbed back aboard and started driving.

Officers shot at Lopez and managed to disable the bus by shooting a rear tire.

The bus was able to travel a short distance before Lopez got out and ran into the woods.

Robert Hurst, of the Texas Department of Criminal Justice, described Lopez as “crafty”.

Sixteen other prisoners were on the bus as well, but no one else escaped.

Cops believe that Lopez survived in the woods for weeks and managed to change his clothes, and get food and water at homes in the neighborhood, according to ABC7.

Centerville Independent School District officials canceled schools on May 13 as a precaution while Lopez was at large.

Weeks later, a family of five was found dead in a home that law enforcement described as a “weekend residence”.

Cop received a call from a concerned family member who said they had not heard from an elderly relative.

A grandfather and four kids had been murdered.

Cops believe Lopez was behind the deaths and claim that he stole a white Chevrolet car that had a license plate DPV4520.

The attack appeared to be random as the owners of the car had no link to Lopez, Fox4 reported.

And, the family was traced back to the Houston area.

They launched spike strips as they disabled the vehicle.

A brief police chase followed before Lopez crashed the car into a tree.

He started shooting at the officers who shot him dead.

Clark revealed that Lopez was armed with an AR-15, rifle, and a pistol when he was shot dead.

No officers were injured in the shootout despite Lopez firing several rounds.

Clark said: “I will tell you that we are breathing a sigh of relief that Lopez will not be able to hurt anyone else.”

The Texas DPS claimed Lopez was affiliated with the Mexican mafia and the public was warned to treat him as armed and dangerous.

Lopez had a lengthy rap sheet as in 1996, he was convicted of two counts of aggravated assault and received two eight-year sentences, law enforcement revealed.

In 2006, he was convicted of capital murder and aggravated kidnapping and was sentenced to life behind bars.

And, he was handed a life sentence after being convicted for attempted capital murder in 2007. 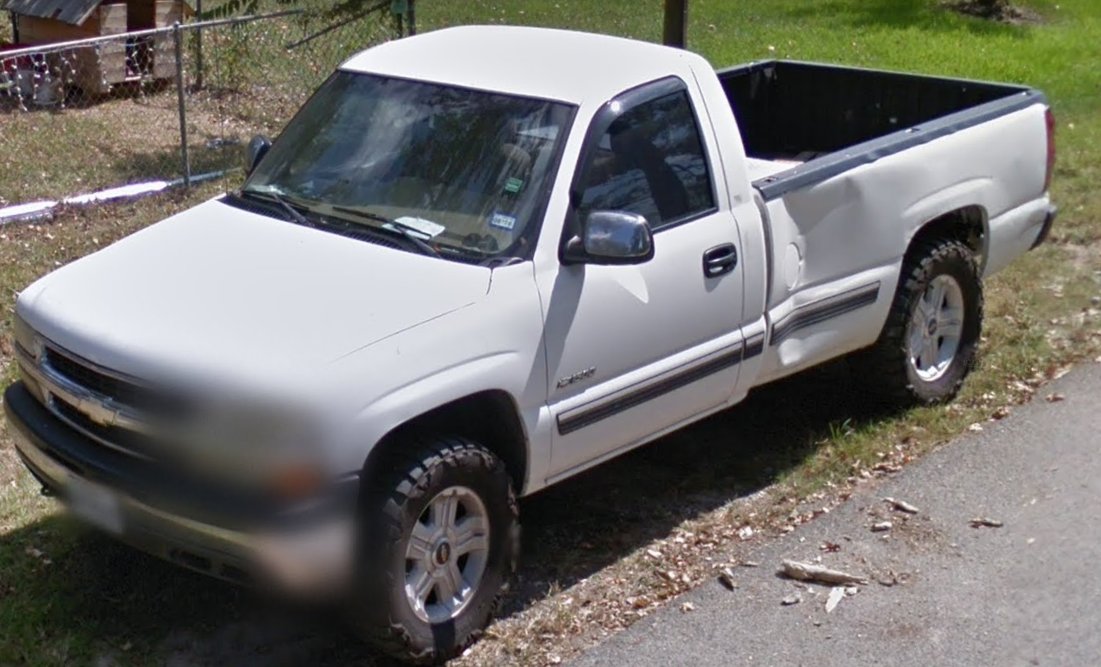