A Texas man who authorities say bragged about attending the Jan. 6 insurrection at the U.S. Capitol with a sawed-off rifle in his car has pled guilty to plotting to blow up an Amazon data center in Virginia.

Seth Aaron Pendley, 28, of Wichita Falls, pleaded guilty Wednesday to malicious attempt to destroy a building with an explosive and faces five to 20 years in federal prison, the Justice Department said.

Pendley was arrested in April after authorities said he sought to obtain explosive devices from an undercover FBI employee in Fort Worth, after sharing his intent to “kill off about 70% of the internet” by destroying the tech giant’s data centers. 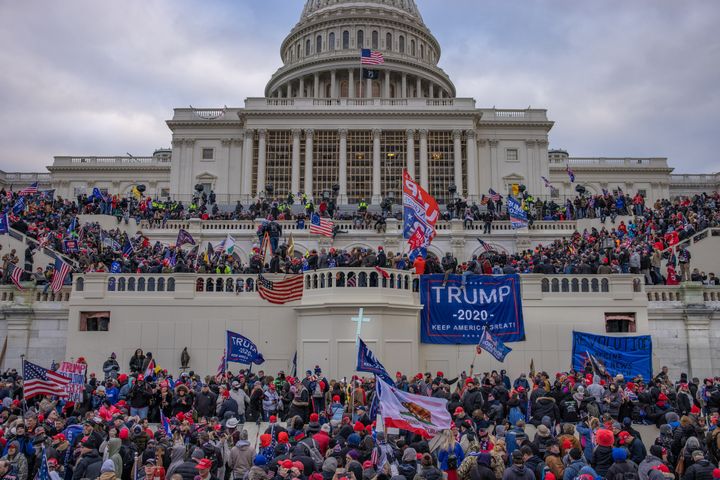 “We may never know how many tech workers’ lives were saved through this operation – and we’re grateful we never had to find out. Bringing to justice domestic extremists remains one of the Department’s top priorities,” Acting U.S. Attorney Prerak Shah said in a statement.

Pendley, using the online name “Dionysus,” shared on a militia website his intentions to carry out “a little experiment” that would result in “death.” This came after he expressed frustration — on the same site — that more people didn’t bring guns to the Jan. 6 riot, as he had, according to a copy of the criminal indictment obtained by HuffPost.

“How much did you expect to do when we all willingly go in unarmed,” he allegedly wrote. “Only left it in my ride after seeing 0 accompanying me in my endeavor.”

Someone only identified as a “confidential source” by law enforcement tipped authorities off to his online activity while sharing encrypted messages Pendley had sent through the app Signal, which detailed his plans to commit violence, authorities said.

Pendley gave this source a list of data center addresses he was targeting and hand-drawn maps. When the source offered to help him obtain C4 explosives, Pendley responded: “Fuck yeah.” The source then introduced Pendley to an undercover FBI employee, who was identified to Pendley as an explosives supplier, authorities said.

“The main objective is to fuck up the Amazon servers,” Pendley allegedly told the FBI employee in recorded conversations.

Pendley said that by destroying the servers he hoped to anger “the oligarchy” enough to provoke a reaction that would convince the American people to take action against what he perceived to be a “dictatorship,” prosecutors said.

Pendley eventually met with the undercover FBI employee to receive what he believed to be explosive devices. (They were not.) The agent showed Pendley how to arm and detonate the ineffective devices. Pendley then loaded them into his car, prompting his arrest.

A later search of Pendley’s home recovered a rifle receiver with a sawed-off barrel, a pistol painted to look like a toy gun, and a machete with the name “Dionysus” on the blade. There were also masks, wigs, hand-drawn maps and flashcards related to the planned attack, authorities said.

An attorney for Pendley did not immediately respond to HuffPost’s request for comment on Thursday.