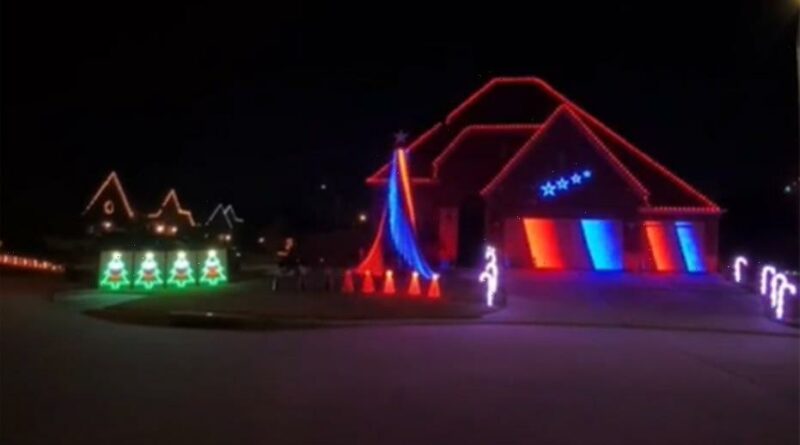 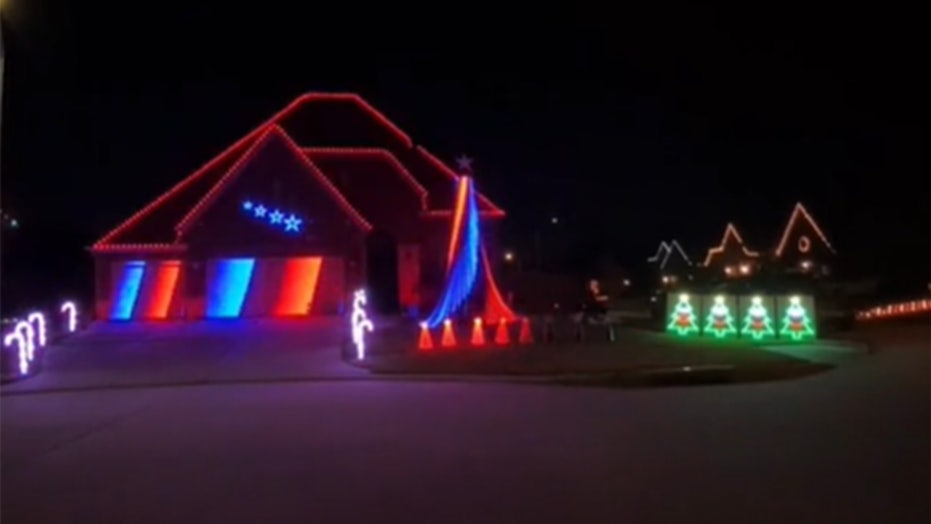 A man in Houston has gone viral for his incredible Christmas light display.

Frankie To-ong, from Houston, has been doing sequenced Christmas lights on his house since 2012. This year alone, he’s posted several sequences on his TikTok account, @htown_frankie, but his most popular, by far, is one he posted last week.

The sequence, which was set to rapper Lil Jon’s song “Snap Yo’ Fingers,” has been viewed more than 26.3 million times as of Friday.

The clip begins by showing four Christmas trees made of lights, with one that appears to be singing the main lyrics of the song while the other three sing backup.

After the first verse, the video backs up to show To-ong’s garage, where the lyrics of the song are displayed while the Christmas tree continues to sing. 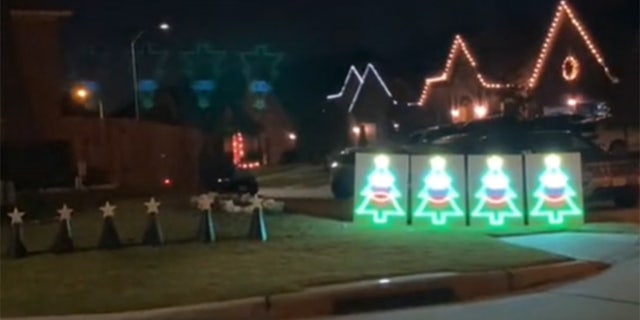 Frankie To-ong’s video of his Christmas lights ‘Snap Yo Fingers’ sequence has been viewed more than 26.3M times. (Courtesy of Frankie To-ong)

For the third verse, the whole house – as well as a tree in front of the house – lights up with blue and red moving lights.

Aside from being viewed more than 26.3 million times, the clip was also reposted by Lil Jon himself on Instagram.

To-ong told Fox News in an email that he started doing the sequenced lights in 2012 for his kids. When he was in college, he was a DJ and today, he still has “a love for music and entertaining,” he told Fox. He said he also loves Christmas.

To-ong told Fox he has a nightly light show that plays about 10-12 Christmas songs. Though he posts videos of non-Christmas song light sequences on his social media account – such as “Snap Yo’ Fingers” and others – that’s just for social media. 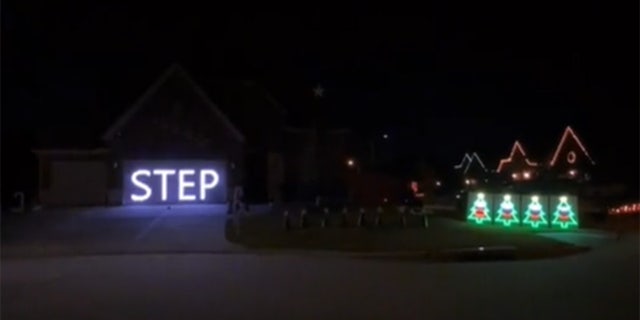 To-ong, from Houston, has been doing sequenced Christmas lights on his house since 2012. (Courtesy of Frankie To-ong)

His regular shows that play every night are strictly Christmas-themed, he said. In part, that helps keep traffic moving so he can be respectful of his neighbors.

He also doesn’t publicize his address for the same reason.

“Even if a person did find my address, they’re usually disappointed that I’m not displaying the viral stuff,” he said.

To-ong doesn’t just do Christmas light sequences for himself. He said he also has a business where he does other people’s Christmas lights on the side. His social media posts also help him promote his work, which he does all over the U.S., he said. 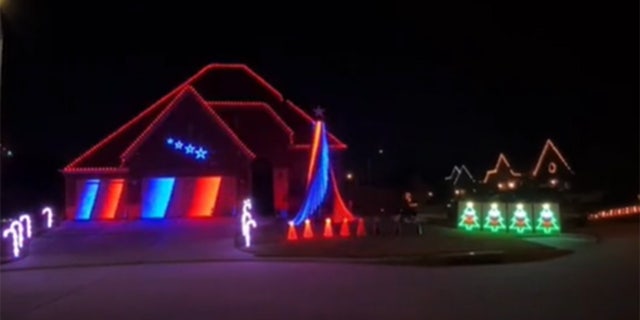 To-ong told Fox he has a nightly light show that plays about 10-12 Christmas songs. Though he posts videos of non-Christmas song light sequences on his social media account, that’s just for social media. (Courtesy of Frankie To-ong)

However, it’s not an easy task to put together the sequences. To-ong told Fox it can take up to 8 hours to program a 3-minute song.

“Then there’s a ton of work and time put into other components,” he said.

Even though he’s already received plenty of attention, To-ong said he still has more up his sleeve.

“I have other songs planned for this season that I believe will be equally as hilarious and good,” To-ong said.

“My light show isn’t the biggest, or ‘best’ but I would argue all day that it is the most viral show,” he added. “It’s been memed and blasted over all the major sites and shared by the stars whose music I use for the last 5 years.”