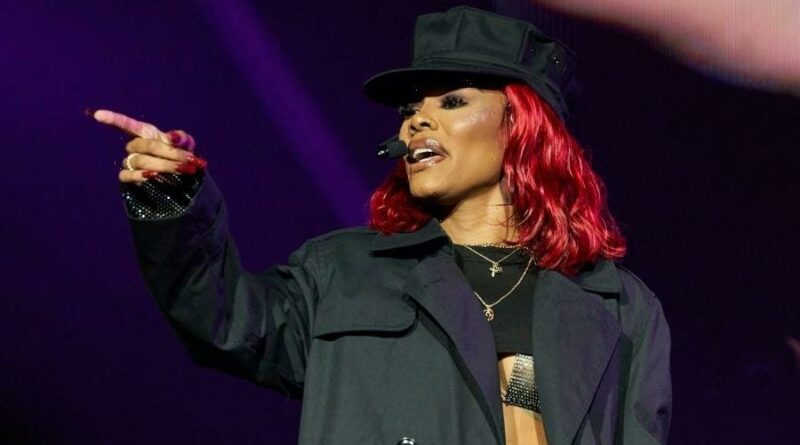 Teyana Taylor has been flooring her loyal fans with dynamic performances turned viral clips while on the northeastern leg of her final U.S. tour, The Last Rose Petal.

However, the hard-working songstress and dancer had to miss her most recent appearance after having a bit of a scare with her health.

Though she was slated to perform at the Femme It Forward concert in Connecticut, alongside Ari Lenox and Sevyn Streeter, at the ​​Premier Theater at Foxwoods Resort Casino, Taylor was noticeably absent.

She took to Instagram the following day, posting a picture from a hospital bed and explaining that she truly wanted to perform, but her body simply would not let her.

“Y’all know Petunia don’t miss no shows & most importantly, know I’ve been leaving it all on tha stage for a month straight 1000%,” she told her fans via social media. “So I am really saddened to have not been able to do the same for you last night.”

After announcing her official retirement from music in September, Taylor revealed that The Last Rose Petal would indeed be her final round of touring for her recording career. She has been touring the entire month of November nearly nonstop, with tour stops across the United States, in cities like Los Angeles, Houston, Chicago, Philadelphia and New York, to name a few. Judging by her explanation to fans, it seems that the rigorous tour schedule may have caught up with her.

“My team & I tried everything down to the very last second to get me out on that stage, but my body simply just gave out, which actually started a few days ago. SHUT DOWN. My body actually low key betrayed me cause ah bitch was tryna get on that stage,” she continued, noting that she has performed ill and even with a broken foot in the past.

“But honestly, you have to listen to your body and know when to sit down; or it will definitely sit you down…in the ER,” she said.

Thankfully, it seems that Taylor is feeling much better and back on track to good health.

“I’ve since got the proper fluids and nutrients put back into my body all night/morning & will take the next few off days to continue to recover,” she went on, promising her Connecticut fans a rescheduled performance with honored tickets.

Her next and final stop on the tour is slated for November 30th at Atlanta’s Tabernacle theater. No word yet on if she’ll be back in proper health to perform by that time.