Home » Lifestyle » “Thank you Zendaya, for reminding me not to care about being the tallest in my relationships” 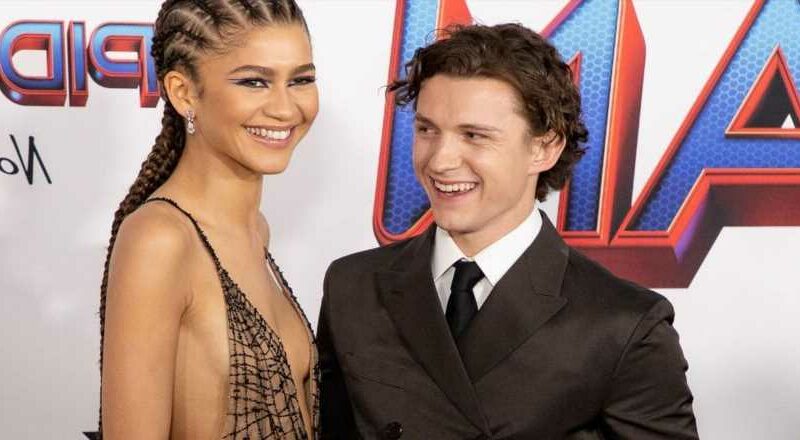 They’re two of Hollywood’s biggest movie stars and the couple everyone is talking about. But why is the height difference between the Spider-man co-stars a major talking point in 2021?

“I had a really great time with you tonight – but do you mind wearing flats on our next date?”

Those were the words that were uttered to me on a less than unfortunate Tinder date many moons ago. Both the date and I were pretty surprised with each other’s height (it was mentioned on our dating profiles but the difference in person was starker than either of us imagined) – something that left us feeling awkward as we guzzled down copious amounts of watered-down rum cocktails on a date that felt like it would never end.

Having that interaction in my early twenties was pretty significant. It was the moment when I first became acutelyaware of just how tall I was – and I did not like that feeling.

After that date, I began to think about what it really means to be a tall woman in a way I never had before. Suddenly something which I rather enjoyed (I used to stand with pride in the back of assembly in school where the taller kids got to preside over the shorter ones with pure arrogance) manifested into something darker, as height became a focal point in my dating life going forward.

From then on, my eyes would zoom straight to the height section on dating apps as I swiped through and rejected people who didn’t meet my new height criteria.

If I was dating someone who was around my height, wearing my flat shoes was a subconscious necessity. In hindsight, I’ve realised it was all in a bid to conform to certain archaic societal standards of women being light, dainty and wanting to be held like a newborn baby. When you’re 5’8 in flats alone that may not be the case – and that in itself is okay.

Height differences when dating, particularly among taller women and shorter men, is a dating taboo that we’ve all seen, felt or assumed, but that is rarely spoken of – up until recently.

The discussion has come to the fore after Zendaya and Tom Holland went public with their relationship this month. Despite the fact that they’ve been pictured together as friends and colleagues for years and have starred in two movies together, now that the pair are a romantic couple the questions surrounding their height difference has reached their peak, with both having to comment on it – which is both unfair and unnecessary. Having to justify your relationship is never an enjoyable experience and it’s even worse when it’s based around something you can’t change.

In an interview with SiriusXM, the two were asked by the interviewer about their height difference and discussed the societal expectations placed on heterosexual relationships particularly when it comes to height, with Holland calling it a “stupid assumption” that it would even be an issue.

Zendaya later added that in their latest movie Spider-man: No Way Home, their respective characters kiss in a scene that Zendaya calls a “nice sweet moment between them” and shared how unwarranted it is to try to “cheat” the height difference onscreen.

Both Holland and Zendaya’s comments spoke to couples who often feel a need to defend their relationship based on something as ridiculous as their height difference and it’s shocking to believe this is something we’re discussing in 2021.

The weird constructs placed on tall women and shorter men stems from dated ideas of what masculinity and femininity look like. Society will tell you that men should be tall, strapping and have enough strength to rip a log in half à la Chris Evans in Avengers: Age of Ultron (if you know, you know).

While women are expected to be soft, light as a feather and whatever other bullshit societal norms that are placed on us.

And when tall women and short men date, it’s seen as the antithesis of this and something outside the norm – and I think it’s time we acknowledge that these beliefs are rooted in damaging gender stereotypes and that it’s time to ditch these expectations for all parties involved.

It took a moment of self-reflection in my mid-twenties for me to realise that I was overlooking shorter guys because of my own insecurities of what I believed femininity looked like.

There was something about being able to date someone who is 6’4 and look up to them, be wrapped in the biggest bear hug that felt way more significant than it actually was.

But coming to the realisation that it really doesn’t make a lick of difference and it’s really about how you feel about yourself can drastically change your perspective – and I encourage others who may have struggled with this to do the same.

Many took to social media to share their thoughts on height differences in dating and seemed to relate to Holland and Zendaya’s words.

One wrote: “The irritating part is how self-conscious society has made us. We really analyse every part of ourselves to fit a mould that who the heck knows created. It’s so stupid. All these stereotypes are annoying and affect our lives. We can joke about it or brush it off but for some, it really messes with them psychologically.”

Another said: “being a tall woman, it’s refreshing hearing it ok for the girl to be taller since being conditioned by society that the guy must be taller.”

A third wrote: “Men always shame women for “wanting a tall man” but as a woman on the taller side, I was lowkey bullied by some men for DARING to wear high heels and not being careful to appear shorter than my partner because “that’s not normal”.

A lot of discussions around height differences predominately in heterosexual relationships is steeped in the idea of what society believes men and women should be. And for that alone, I say screw it.

Unlearning something which has been ingrained in you for a number of years is hard – but I’m happy to say that height is no longer a major factor for me in the same way it used to me.

Today, I will proudly wear heels on any date I go on if I feel like it and take absolute pride in my stature. And if you got a problem with it, the door is to the left my friend.