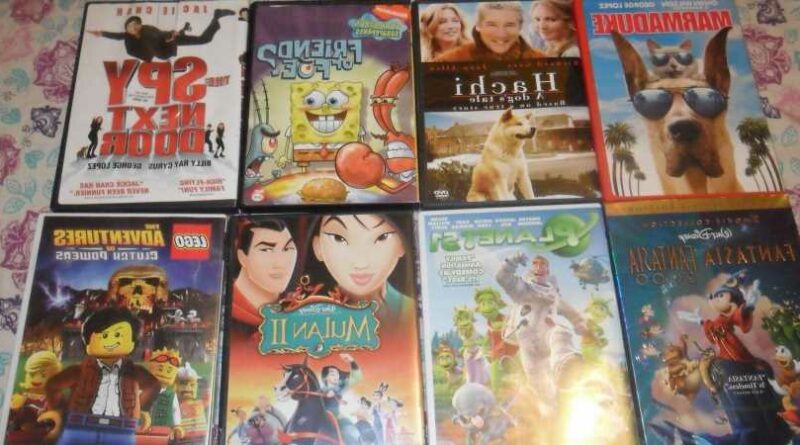 When the holidays arrive, so do the box office hits. Thanksgiving weekend is infamous for being accompanied by blockbuster films, the majority of which are family-friendly. What could be a better way to cap off a turkey dinner than a trip to the movie theater? In this list, we will evaluate every film that has been shown during a Thanksgiving weekend in order to determine which films earned the most money during their three-day holiday runs.

Before we delve into the statistics, it’s important to note that we’ll be evaluating all films that played on Thanksgiving weekend, not simply those that debuted that weekend. So here are the top 10 highest-grossing Thanksgiving weekend movies of all time.

Even though the end of the Hunger Games series premiered on November 20, 2015, its popularity was still robust by Thanksgiving. It earned $52 million at the box office during the three-day weekend. Katniss left District 13 in Mockingjay – Part 2 on a quest to assassinate President Snow at The Capitol. It was filled with dramatic action, rapidly rising stakes, and skilled acting. Despite the fact that not everyone agreed with the decision to divide the final book into two films, this film provided a satisfactory finale.

Jim Carrey’s live-action 2000s adaptation of The Grinch depicted the pompous green critter attempting to steal the holidays from Whoville. Despite receiving poor reviews, The Grinch grossed $52 million during the Thanksgiving holiday weekend. In 2018, a 3D computer-animated remake of The Grinch was released, however, it did not do as well over Thanksgiving weekend. However, it performed better at the box office altogether.

8 Harry Potter And The Goblet Of Fire

By the time Thanksgiving weekend rolled around, the fourth Harry Potter film was still being viewed by a large number of fans. It earned $54 million over the three-day weekend and received positive reviews for its exploration of deeper emotions and more compelling cast and plot. The story covers Harry’s fourth year, during which he is chosen by the Goblet of Fire to compete in a perilous tournament against the three major schools of magic.

A post shared by Ralph Breaks The Internet (@wreckitralph)

In 2018 Thanksgiving, the sequel to Wreck-It Ralph captivated audiences. In reality, the Disney animated film earned $56 million throughout the holiday weekend. Ralph Breaks the Internet, as implied by its title, follows Ralph and Vanellope as they travel from their separate arcade games to the Internet. The film received largely excellent reviews, with many critics stating that the sequel was nearly as touching and humorous as the original.

The 2016 release of the first Disney film featuring a Polynesian princess delighted audiences. It grossed $56 million during the Thanksgiving weekend and received numerous excellent reviews. Moana relates how the ocean chooses the daughter of a village chief to find the goddess Te Fiti and return a magical stone to her. In addition to its stunning animation, critics praised the film’s multilayered characters and interesting plot.

Mockingjay: Part 1 established the stage for the final film’s epic quest to the Capitol. Katniss assumed the symbolic position of the Mockingjay as she awaited Peeta’s return to District 13 with bated breath. Mockingjay grossed over $56 million during the Thanksgiving weekend, which occurred a week after the film’s initial release. Many critics praised the film’s suspense, acting, and general style.

In 1999, the second Toy Story picture was released during the Thanksgiving holiday. Movie grossed $57 million in its opening weekend, a total that is notably impressive given that it was a sequel. The plot involved Woody falling into the hands of a toy collector, realizing where he belongs, and eventually making his way back to Andy’s house. Toy Story 2 was unanimously appreciated and was much better than the original, as evidenced by the fact that it was followed by two more features.

3 Harry Potter And The Sorcerer’s Stone

The initial weekend of release for the first Harry Potter film generated $57 million. It also earned positive reviews, with many critics believing that it did the novel credit. The film follows Harry shortly after he discovers he is the offspring of two deceased wizards. He is then transferred to Hogwarts, where he makes a few acquaintances and discovers the mystery surrounding his beginnings.

Thanksgiving weekend brought in $67 million for the animated smash about a princess who must save her sister from an unending winter she started. The 2013 picture was an instant success, grossing over $1.2 billion at the box office. Many believed that Disney had reached a whole new level of quality with Frozen, as the film was well-written, beautifully animated, and packed with hit songs. This quickly encouraged Disney to begin work on a sequel, which is scheduled for release this Thanksgiving.

The original sequel to The Hunger Games topped the chart as the highest-grossing Thanksgiving weekend film ever. It earned $74 million over the three-day holiday weekend. In Catching Fire, Katniss and the other previous tributes were thrown into a new arena as part of the Quarter Quell’s 25th-anniversary celebration. This resulted in scenarios with high stakes, strong emotions, and tremendous action. Critics also noted that this edition was a significant improvement over the first, especially to the series’ new director Francis Lawrence’s fresh, polished vision.

READ NEXT: The MCU Story: Here’s How Marvel Studios Became A $53 Billion Business