Home » Lifestyle » The 2019 Grammys Gave Women The Stage They Deserve, But Can The Momentum Last?

Heading into Sunday night’s 61st annual Grammy Awards, the bar wasn’t especially high. The show has never been particularly strong when it comes to inclusivity, and despite this year’s female-heavy Grammy nominations list, the academy has a track record of celebrating women onstage — without actually rewarding them. It was surprising, then, that the 2019 Grammys turned out to be a rather triumphant recognition of female power.

From longstanding legends like Dolly Parton and Diana Ross, to recent icons like Dua Lipa and Cardi B, the night was dominated by a bracing number of female performers, and host Alicia Keys served as the ceremony’s first female emcee in 14 years. Notably, many women also won — and in some of the marquee categories. Kacey Musgraves took home the coveted Album of the Year award and Lipa snagged Best New Artist, while Cardi B made history as the second-ever woman to win Best Rap Album. Furthermore, Emily Lazar became the first female mastering engineer to ever land the Best Engineered Album (Non-Classical) Grammy — a tremendous feat within a field that is notoriously skewed toward men.

However, it’s difficult not to see these victories, in some ways, as an overcompensation. The Grammys have long failed when it comes to representation: According to 2018 study conducted by USC, 90.7 percent of Grammy nominees between 2013 and 2018 were men, meaning just 9.3 percent were women. This alone isn’t surprising — women, and particularly women of color, have been historically underserved by awards shows, despite the fact that artists like Beyoncé, Katy Perry, and Taylor Swift are some of the most successful within the music industry. 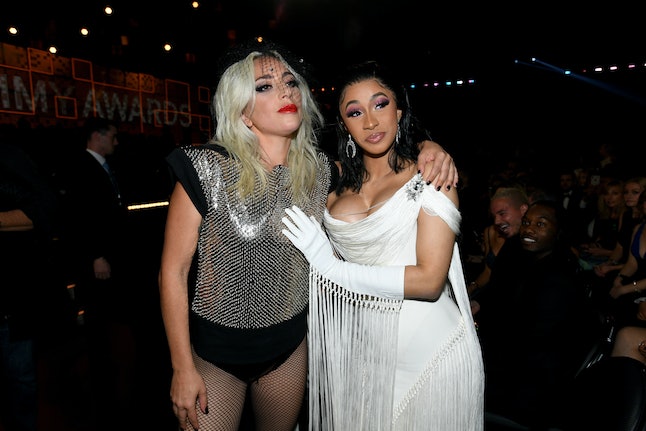 But in recent years, the Grammys have come under heightened scrutiny for its imbalanced representation. After men not only eclipsed the nominations list, but also won the majority of categories, in 2018, the hashtag #GrammysSoMale began trending on Twitter. Alessia Cara — who took home Best New Artist — was the only woman to win a major award at last year’s show, and though SZA — who, with five nods, was just three behind leading nominee Jay-Z — was the most-nominated woman last year, she went home empty-handed.

In response to the criticism, Recording Academy President Neil Portnow put the onus on women to "step up" — even following a year that saw major female releases like Swift’s Reputation, Lorde’s Melodrama, and SZA’s CTRL. (Portnow later said he regretted his wording, and that his comments were taken out of context).

The 2019 Grammys, then, were an opportunity to turn the tides. Following Portnow’s polarizing remarks, he announced plans to step down from his position, and the Grammys increased the number of nomination spots in a handful of categories from five to eight in an attempt to create a more inclusive pool of candidates. It worked: Four of the 2019 show’s biggest categories (Record of the Year, Song of the Year, Album of the Year, and Best New Artist) were dominated by female nominees. Notably, this included several queer and transgender women, such as Janelle Monáe, Bebe Rexha, Brandi Carlile, Sophie, and Teddy Geiger. 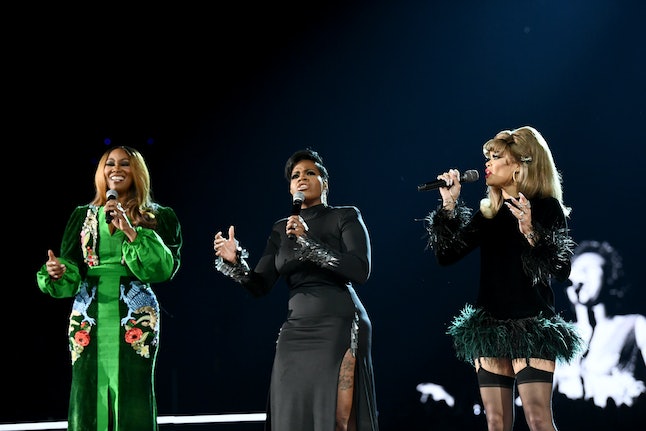 But when Portnow got onstage on Sunday night, it began to feel like a pointed course-correction. "When coming face to face with an issue opens your eyes wide enough, it makes you more committed than ever to help address those issues," he said, seemingly referencing his "step up" blunder from the previous year.

With that in mind, it’s impossible to say whether these strides were made in sincerity, or as an attempt to salvage the academy’s reputation. It’s not that these women didn’t deserve each statuette and every second of stage time, but such a stark contrast calls into question whether this marked substantive change, or a shallow, performative gesture. Only time will tell for sure, but whatever the case, let’s hold onto this brief, glimmering moment of hope. God knows we’ve waited long enough.