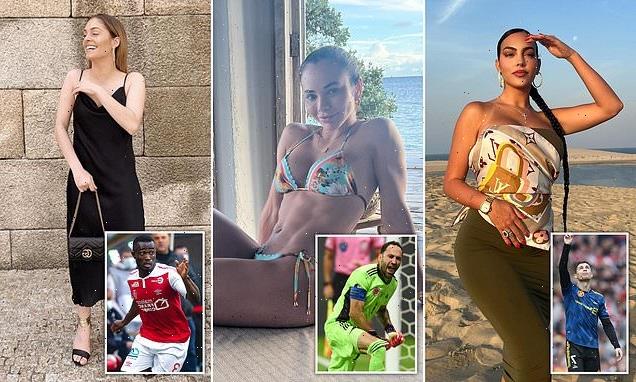 As Cristiano Ronaldo touches down in Saudi Arabia ahead of joining his new club Al-Nassr following an acrimonious exit from Manchester United, he will have a whole host of new teammates to meet.

Similarly for his girlfriend Georgina Gio, as she’s known, there will be new friends to be made in the form of the wives and girlfriends of fellow Al-Nassr players – and some of the loyal partners are just as glamorous as Gio herself.

Although a successful football club in Saudi Arabia, Al-Nassr’s players tend to keep a relatively low profile, meaning their partners are often out of the limelight.

However, some of the club’s more high-profile players often flaunt their stunning partners on Instagram – and they could be Georgina’s new girlfriends in Saudi Arabia.

Here, FEMAIL takes a look at the glamarous WAGs who might be appearing in Georgina’s Instagram stories soon… 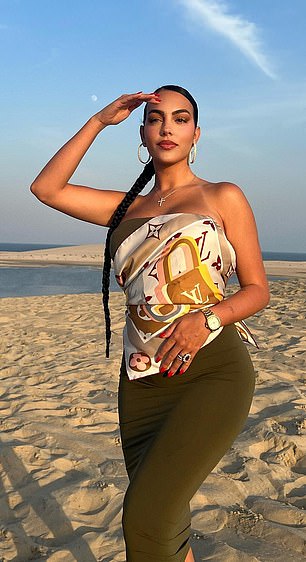 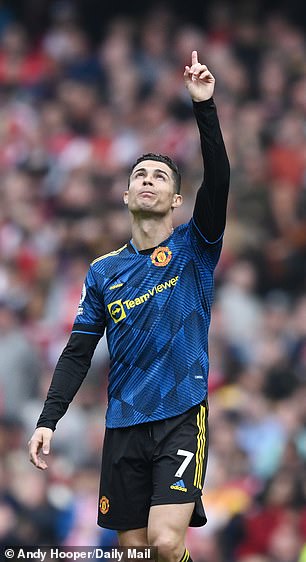 Georgina Rodriguez (pictured left) has made the move to Riyadh, Saudi Arabia, where she will be supporting her husband Cristiano Ronaldo (right)

Ana Faria is a Portuguese mother-of-two who now lives in Riyadh with her partner, Ghislain Konan.

Konan is an Ivory Coast-born footballer for the Saudi Arabian club who plays in defence.

Ghislain and Ana have two young daughters, Emma and Ariel, and according to Ana’s Instagram profile, the couple enjoy plenty of family days out.

When Ghislain isn’t on the pitch, he enjoys family holidays all over the world – with the couple recently returning to Paris.

In a sweet Instagram post, Ana showed the four-year difference between the couple’s two trips to Disneyland Paris.

In the first photo, Ghislain carries his partner while kissing her in front of the fairytale castle. In a following video, the couple recreate the pose but with their two daughters beside them. Ana captioned the post: ‘Four years later.’

Ana has also posted photos of the same pose in front of other world landmarks including the Eiffel Tower.

In other sweet family snaps, Ana and Ghislain smile in front of the Christmas tree wearing matching festive Disney pyjamas while carrying their daughters, who are wearing Santa hats. 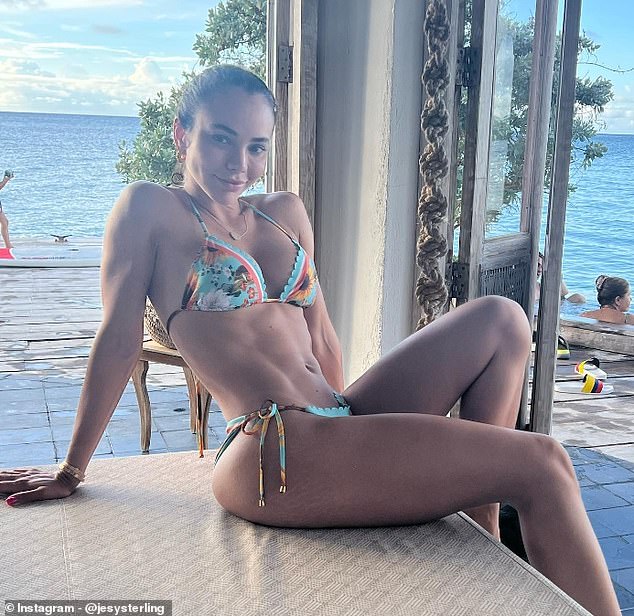 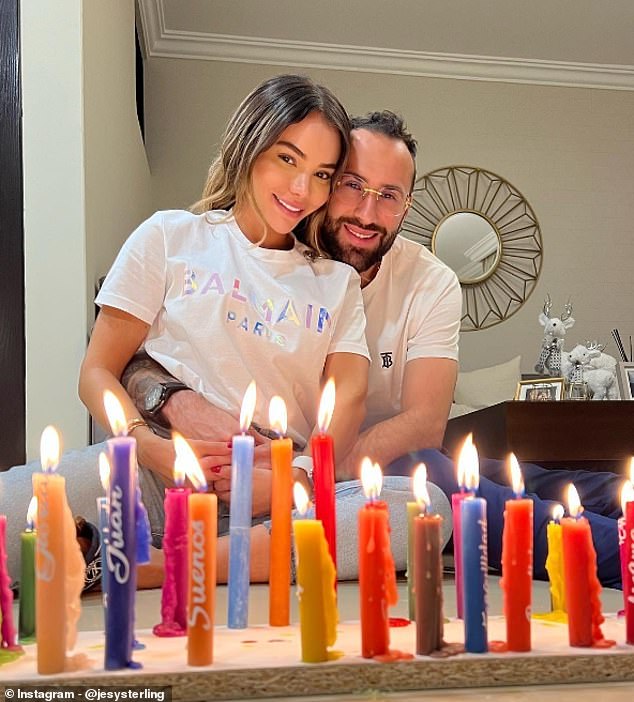 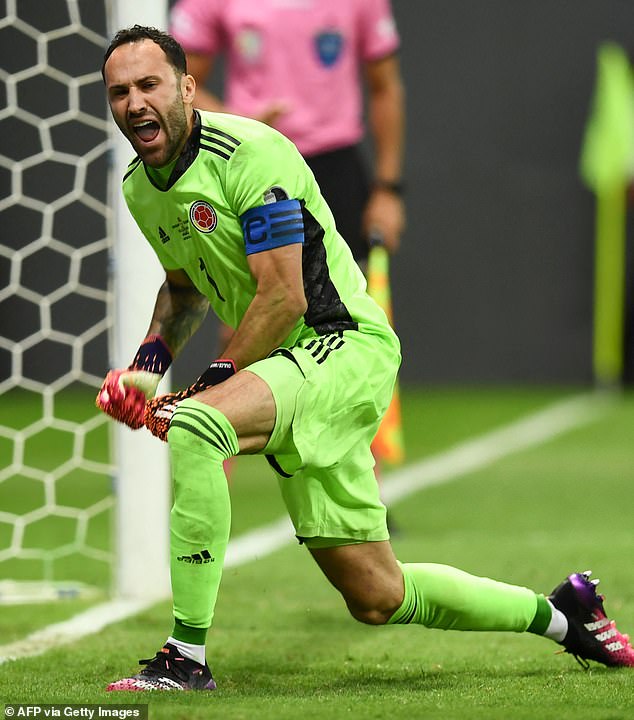 The glamorous mother-of-two recently travelled to Qatar with her husband and their two children for the World Cup 2022, and sent her congratulations to Argentina after their win in an Instagram post.

Posting photos of herself watching matches with the children and David, with the caption: ‘Happy and grateful to God for allowing me to enjoy this spectacular and unforgettable experience that will forever remain in our memory.’

Like Georgina Rodriguez, Jesica is relatively new to Riyadh after David moved to the club in 2022.

Last year she posted a photo on Instagram recalling a trip from Colombia to Dubai, where she admitted she struggled with the middle eastern heat.

She joked: ‘The humidity is worse than the heat itself’ as she recalled the top points of the trip.

In previous posts, she showed off her strolls around Cartagena in Colombia with David and her children.

She has a passion for fitness and often posts photos of herself in the gym working out. 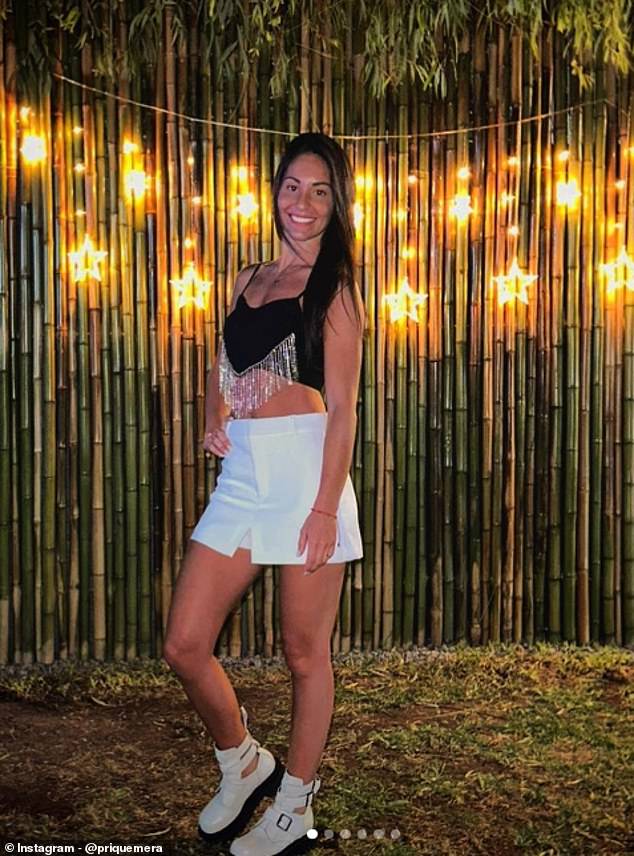 Priscila Ventura (pictured) is the glamorous wife of Pity Martinez, an Argentinian-born footballer who plays for Al-Nassr 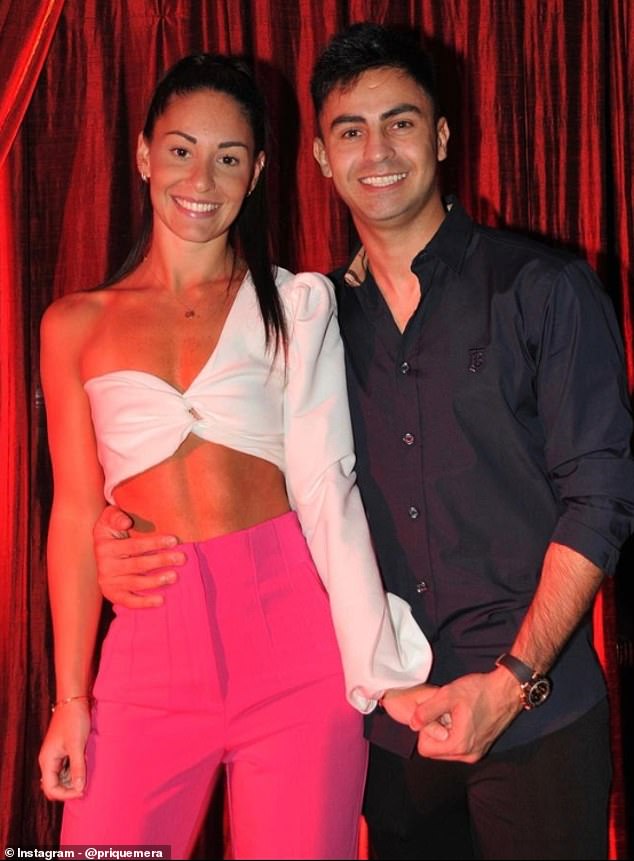 The glamorous mother, who loves to work out, has rock-hard abs and appears to favour the high street in her wardrobe (pictured with Pity)

Argentinian footballer who plays for Al-Nassr, Gonzalo Nicolas (Pity) Martínez has been married to Priscila Ventura since April 2019.

Super-glamorous Priscila often posts photos on Instagram of herself with her husband Pity, showing off her ultra-toned abs.

Her phenomenal figure is perhaps explained by the fact she loves to workout – and she posts frequent photos and videos of herself in the gym.

Priscila and Pity share two children, with whom Priscila often posts photos. She has also been pictured wearing her husband’s football jerseys in support of him.

Although she is super glamorous, Priscila appears to be a fan of shopping on the high street and recently posted a photo of herself with her husband while she wore a pair of pink tapered trousers from Zara.

Most recently, Priscila celebrated new year’s eve with a group of similarly glamorous friends and she posted photos of her girl group on Instagram.