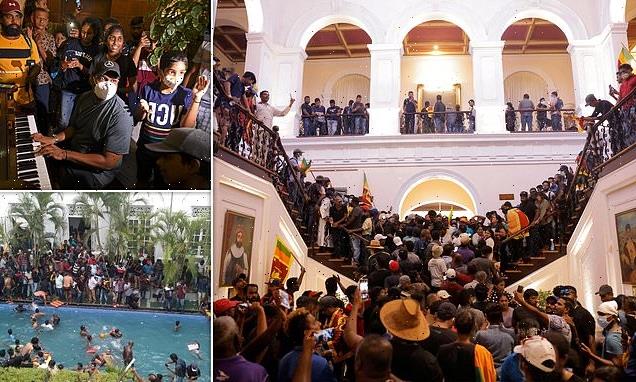 An uprising fuelled by green madness… let the West beware: The anarchic scenes in Sri Lanka are a lesson for all governments in pursuing an economically illiterate agenda, says MARK ALMOND

The anarchic scenes in Sri Lanka are enough to make the blood of any world leader run cold. President Gotabaya Rajapaksa’s residence overrun by furious protesters. Crowds cavorting on his four-poster bed and in his swimming pool and gym. Sections of the Prime Minister’s home in flames.

This burning building not only serves as a symbolic funeral pyre for Rajapaksa’s government. It is a smouldering lesson for all governments in pursuing an economically illiterate green agenda at the expense of common sense.

Make no mistake: The roots of this chaos can be traced to Rajapaksa’s wrong-headed thinking on farming. In his 2019 manifesto, he pledged to transform Sri Lanka into an ‘organic’ nation within a decade – reducing and eventually banning chemical fertilisers, herbicides and insecticides.

It’s a pledge that would probably win votes here, too. Who wouldn’t, in principle, want a greener future, free of nasty chemicals? But the trade-off, as Sri Lanka learnt the hard way, is food production tumbling over a cliff. For them, going green meant going hungry.

In 2020, Covid struck, hollowing out Sri Lanka’s finances and causing its vital tourism industry to grind to a halt.

Any rational government would have abandoned the pledge to hobble agriculture with eco-strictures. But Rajapaksa doubled down, announcing in April last year a total and immediate ban on fertiliser, to the outrage of Sri Lanka’s two million farmers. He was lauded by the world’s pampered eco-dignitaries at Glasgow’s Cop26 conference that November, feted as a green torch-bearer for developing nations, receiving warm praise and Covid-friendly elbow bumps in every corridor. 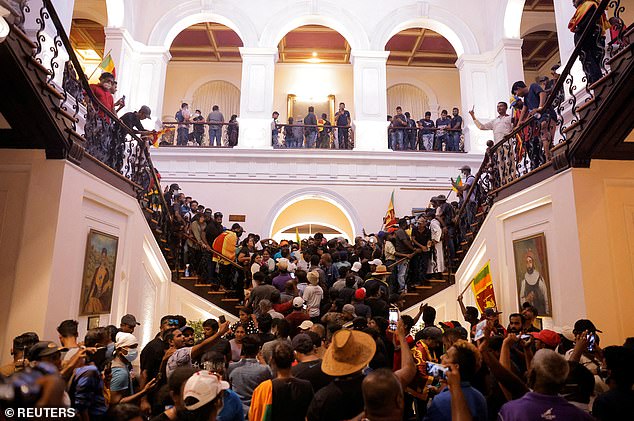 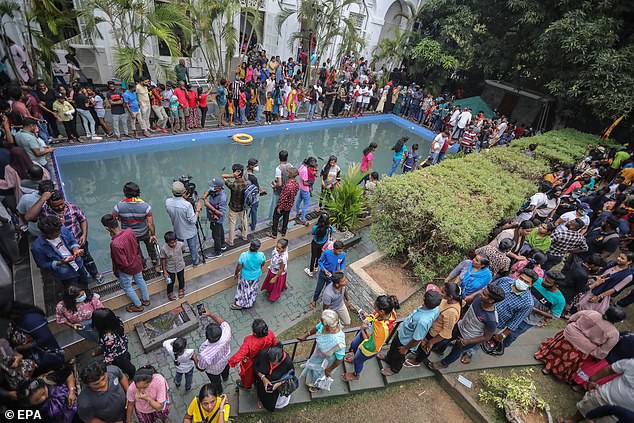 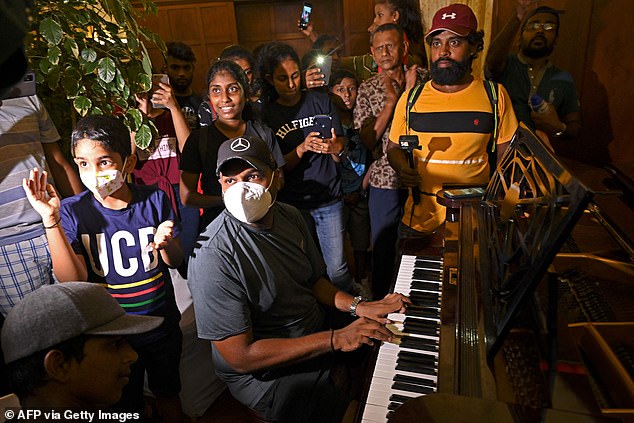 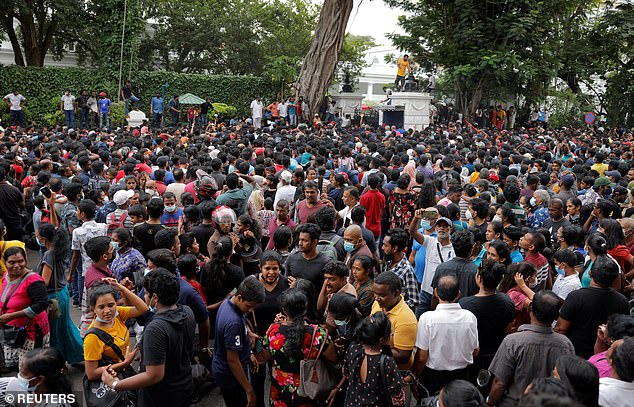 But what was spun as Rajapaksa’s green revolution was, in fact, cynical cost-cutting. With fewer tourists, Sri Lanka’s foreign cash reserves dried up. The government wasn’t prepared to use what little it had importing fertiliser. So it must have looked to Rajapaksa as a win-win: eco-credentials burnished and the treasury saving money.

There was only one problem: farmers couldn’t produce the yields they needed.

Sri Lanka feeds itself with rice. In the six months following the fertiliser ban, domestic production collapsed by 20 per cent, while prices rose 50 per cent. The tea crop was also devastated: the country’s most important export, and from which the lost revenue outweighed any savings made by not importing fertilisers.

What started as a dream that Prince Charles, with his organic Duchy estate, would surely approve of turned into a sorry mess of over-tilled soils, empty supermarket shelves and the hungry bellies of Sri Lanka’s poorest.

Selling your country as ‘organic’ appeals to visitors jetting in from Islington and Hollywood to enjoy lush scenery in five-star retreats – and assuage their guilt about flying thousands of miles. But today, the misery it inflicted on Sri Lanka’s people can be read in the smoke signals billowing from the presidential palace.

And let me be clear: this is not some abstract crisis taking place far away. Similar chaos looms in the West. In many countries, the rock of the ‘green agenda’ is meeting the hard place of economic reality. Farmers in Italy, Germany and Poland have been objecting with increasing anger to the destructive green pressure inflicted by their governments. 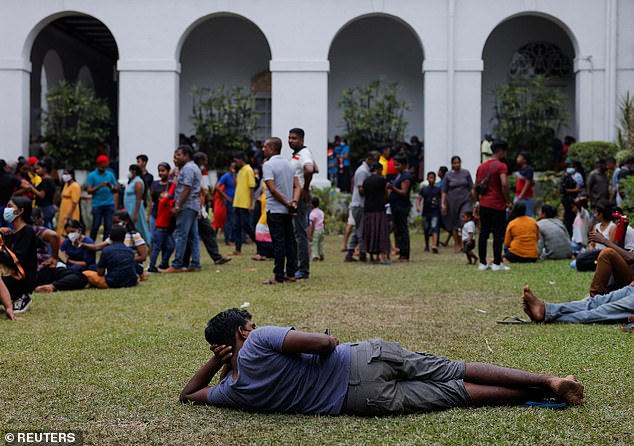 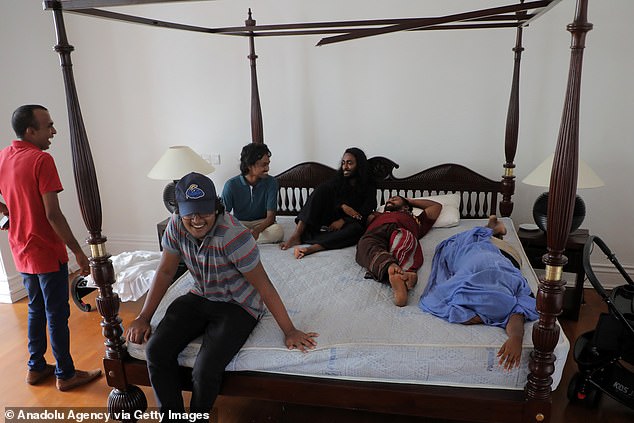 The biggest tinderbox is the Netherlands, one of the biggest meat exporters in the EU. This should be a point of pride for PM Mark Rutte at a time of world food shortage and rocketing prices. Instead, because meat production typically uses fertiliser, Rutte sees Holland’s success in this field as a stain on his green ambition.

Amsterdam has pledged to halve the use of nitrogen compounds in animal manure and ammonia fertilisers by 2030, requiring a 30 per cent reduction in livestock. Dutch farmers are understandably apoplectic and have sprayed manure over government buildings in protest. A confrontation last week in Friesland saw police firing warning shots and several arrested.

You still think green-inspired anarchy is confined to the developing world? If you push the people to the point of hunger, they revolt. Politicians the world over, captivated by the dream of a glorious green future, will do well to heed these dire warnings.

Cramming on to the grand staircase, diving into the swimming pool and joining in a piano singalong – these are Sri Lankan protesters after storming the house of their president.

The raucous weekend uprising was enough to force the resignation of Sri Lanka’s president and prime minister, as months of frustration brought on by an unprecedented economic crisis finally boiled over.

At the core of the catastrophe was president Gotabaya Rajapaksa’s ban on imported fertilisers to force a switch to purely organic farming. The policy backfired spectacularly as farming yields collapsed. Mr Rajapaksa’s residence in Colombo was invaded after tens of thousands had gathered outside to protest. Some enjoyed pillow fights in the presidential bedrooms or games of cricket down lengthy corridors, while others tried out the well-equipped gym.

A few, meanwhile, looked like they may have raided the drinks cabinet as they were spotted snoozing on the lawns in the next morning. The president (pictured), whose corrupt rule and eccentric policies have been blamed for bringing Sri Lanka’s financial collapse, had refused to stand down but was left with no option once his home was occupied. The protesters say they will not leave until he actually leaves office, which he has pledged to do on Wednesday. In the meantime, he has taken refuge in a boat offshore. 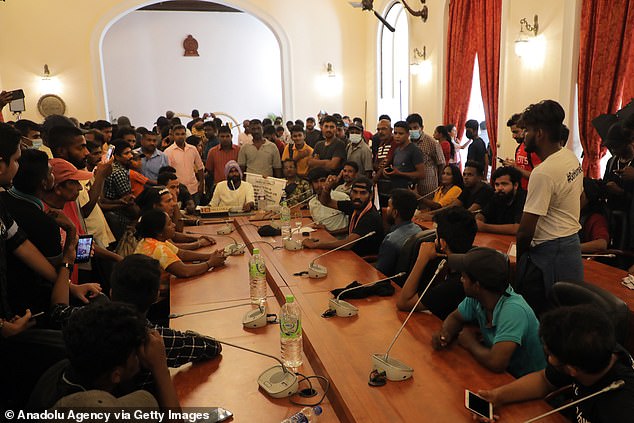 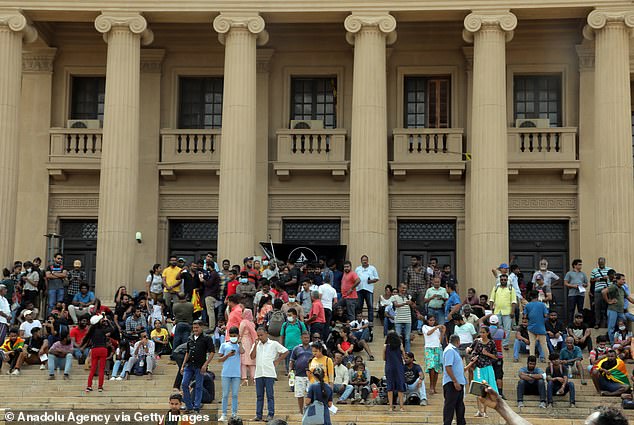 The prime minister’s home, meanwhile, was set on fire by invading protesters. In response, Ranil Wickremesinghe also resigned, but said he will not actually leave office until an alternative government is formed.

Opposition parties were meeting yesterday to thrash out an agreement that may allow them to govern before new elections are held. The International Monetary Fund, which has been in talks with the Sri Lankan government over a possible £2.5 billion bailout, said it was monitoring events closely.

The country’s worst economic crisis in seven decades also saw a severe shortage of foreign currency – blamed on past corruption and the collapse of tourism through Covid – that has stalled imports of food, fuel and medicines.