Home » Lifestyle » The average Brit spends 1.5 years of their life on the toilet, study claims 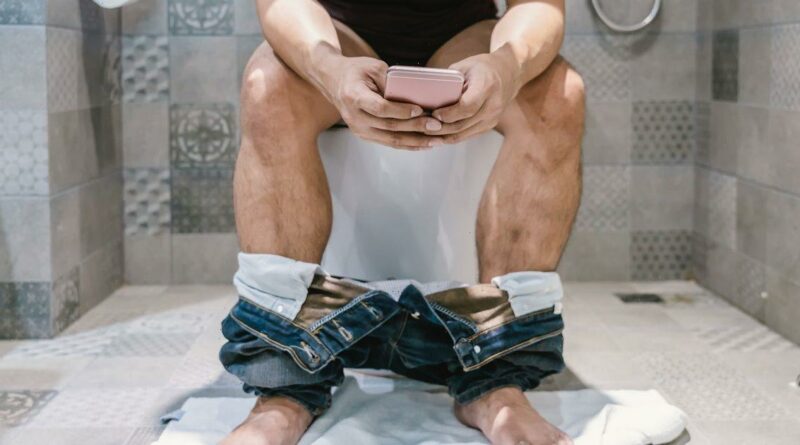 New research has discovered that Brits spend an average of 3.5 hours each week on the loo.

The data was calculated after a survey asked people about their bathroom habits and it showed that we spend almost an hour longer on the toilet than we do exercising.

The research showed that the average Brit spends five minutes on the loo per sitting.

And, they’ll visit the toilet between four and seven times a day.

Do you rank higher than the average or lower?

The total time that the average person spends on the loo equates to eight days a year and 1.5 years over a lifetime.

But, why are we spending so much of our time on the toilet?

Well, it seems mobile phones are why we spend so long in the loo.

The majority of people surveyed (72%) admitted to taking their phones to the lavatory in order to use it for entertainment, to catch up with pals or to find a date.

That’s right, according to the Topps Tiles survey, one in four men (23%) use their time in the bathroom to scroll through dating apps.

Meanwhile, only 11% of women did the same.

And, Brits spend a long time looking at social media while doing their business – 36% of us use the time to look at our app of choice.

Facebook is equally used on the loo by both sexes.

Instagram is the third most popular toilet app for Brits with 14% choosing it as their go-to.

The data seems harmless, but considering the bacteria which lurks in the loo swiping while doing your business isn’t the best idea.

After all, you might wash your hands, but did you touch your phone between wiping and hand washing?

Make sure you wipe your phone down with an anti-microbial wipe frequently to avoid getting sick.

The study also showed that 45% of women leave the door open when using the bog versus just 39% of men.