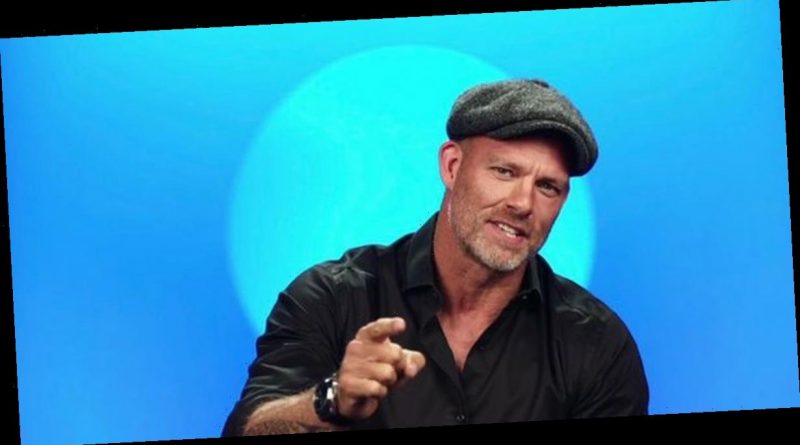 It’s been a fair few years since those Herculean stars competed on are screens, so what are the Gladiators up to now?

The show saw members of the public pitted against the super fit Gladiators in tasks of speed, strength and stamina. It first aired in 1992, a whole 29 years ago, and quickly became a Saturday night favourite.

Well a couple of years ago they all reunited on Good Morning Britain, leaving nostalgic fans of the hit 90s show shocked at how different they looked.

And now Hunter has popped up on The Circle on Channel 4, leaving viewers completely shocked at how different he looks.

James Crossley, who played Hunter, was eventually crowned at Ultimate Gladiator in 1998 after battling it out against his co-stars.

Yet fast-forward a significant amount of years and fans were caught off guard when he suddenly popped up on The Circle, while revealing he would be cat fishing on the show.

The star is now 47 and he is still as muscular as ever despite being older and looking different to how you may have remembered him back in the 90s.

On The Circle, James is pretending to be a lady named Gemma, a Yorkshire-based NHS nurse, to get himself into top spot.

While introducing himself on the show, he said: “Some of you might remember me many, many years ago as Hunter from Gladiators. Awooga!"

Over on Twitter, fans couldn’t wrap their heads around the fact that Hunter was on The Circle.

“Wtf IT'S HUNTER!!!!!" [sic] wrote one, while another added: “Anyone else go ‘OMG HUNTER FROM GLADIATORS!' as soon as James appeared?! He's looking good!"

A third added: “Just watching #TheCircle and hunter from gladiator is on it. He used to be my favourite gladiator.” Another fan penned: “No way Hunter from gladiators is in the circle, this is bringing back childhood memories 90s kid.”

During the first episode of the new series of The Circle, which aired on 16 March, James tried to trick his rivals while posing as nurse Gemma.

He was left feeling bad though after contestant Andy opened up about the loss of his bowel, and James said about himself: “I'm a scumbag."

Other Gladiators stars include Panther, Cobra, Jet and Lightning, and you can see what they’re all up to here!