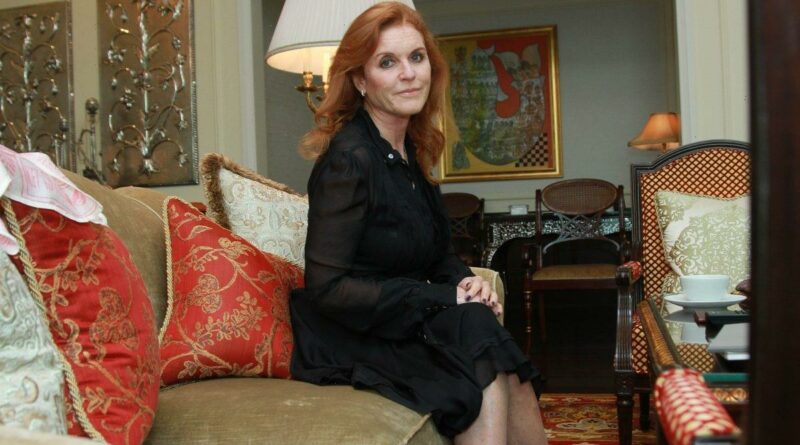 Ever since her divorce from Prince Andrew in 1996, there have been questions about Sarah Ferguson‘s relationship with the royals. She has been at some key royal events over the years but certainly, not all. She does live with her ex-husband in Windsor but we’re not sure how much her in-laws stop in and say hi. What is known is that Fergie just scored an invite to Balmoral from Queen Elizabeth II which means she’s back in the royal fold. However, this major invite was only extended to her for one very sad reason.

Despite her divorce from the Duke of York more than two decades ago, Sarah has rebuilt her relationship with Queen Elizabeth. The monarch has even invited her former daughter-in-law to have tea with her at Windsor Castle as well as Balmoral Castle. The reason the latest invite is significant is because in the past Sarah was not permitted to stay at the Scottish residence for as long as the rest of the family. But that won’t be the case this year.

According to a report from the Daily Mail, Fergie will once again be a guest at the queen’s estate for a summer holiday. “Sarah Ferguson is coming,” a royal source told the publication. “She will be here with Andrew.”

The reason the duchess won’t have to leave Balmoral early

When Sarah was previously invited to Balmoral with Andrew, she was under strict instructions that she had to leave the property before her former father-in-law arrived. An example of this was in 2019 when Fergie stayed at the castle with her ex-husband and the queen but as the Express noted, was seen leaving upon Prince Philip’s arrival. That was because of the long-standing feud between the Duke of Edinburgh and the Duchess of York, and its something Sarah won’t need to do anymore.

On April 9, 2021, it was announced that Prince Philip had died. A statement from Buckingham Palace read: “It is with deep sorrow that Her Majesty the Queen announces the death of her beloved husband, His Royal Highness The Prince Philip, Duke of Edinburgh. His Royal Highness passed away peacefully this morning at Windsor Castle. The royal family join with people around the world in mourning his loss.”

Did Fergie and Prince Philip ever end their feud before his death?

Prince Philip wasn’t as forgiving as his wife when it came to accepting Fergie back after she was out of The Firm. It’s also been reported that the reason she was not invited to some major royal events like Prince William and Kate Middleton’s royal wedding was at the insistence of the royal family patriarch. Sarah was, however, invited to Prince Harry and Meghan Markle’s but only to the public ceremony not the private reception afterward because Philip didn’t want to be in the same building as her. But following Eugenie and Beatrice’s weddings, some have speculated that perhaps Philip was no longer holding a grudge.

The Telegraph’s associate editor Camilla Tominey explained that the monarch’s husband hadn’t completely buried the hatchet with the duchess but did soften his stance about being in the same room as Sarah and tolerates her for his granddaughters.

Sarah and Prince Andrew did not appear with Philip and the queen in the photos from Beatrice’s wedding in 2020. Philip and Fergie were however pictured together at Princess Eugenie’s wedding in 2018. That marked the first time in 26 years that Duke of Edinburgh and Duchess of York were in a photo together.