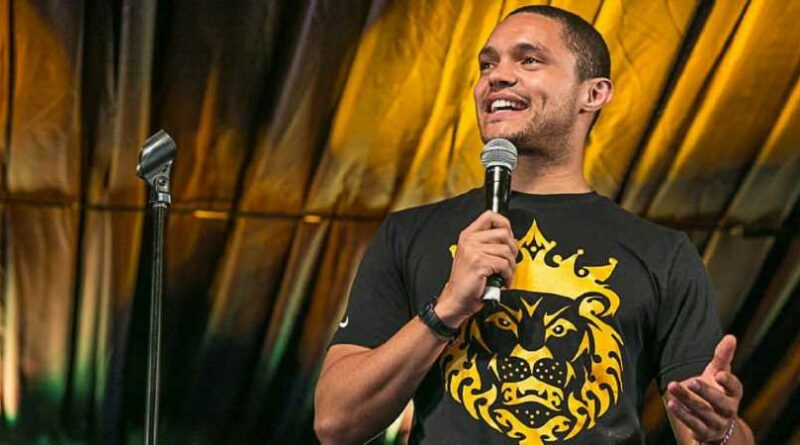 Trevor Noah may be one of the most successful people in comedy these days, but just like other people, he has endured a lot of struggles before making it big. Aside from a huge stint as a host for the 2021 Grammys, he has been hosting his daily late-night political satire-themed program titled The Daily Show with Trevor Noah. Despite his massive success nowadays, Trevor Noah has experienced a lot of struggles in the past years to get to where he is right now.

It might not be known to some, but Noah has endured a lot of traumatic experiences and tragedies through the years. However, this makes his story even more inspiring because it shows that the struggles will eventually stop, and good days are ahead when you are at your lowest.

Struggles Growing Up As A Person of Color

Trevor Noah was born in Johannesburg, Gauteng, South Africa, on February 20, 1984. His father is of Swiss-German descent, Robert, and his mother is Xhosa, Patricia Nombuyiselo. Noah’s mother is a devout Christian, and their family is the typical regular churchgoers. His mother is classified as Black, while his father is classified as white, and he classifies himself as a person of color. When he was born, Noah’s parents had an interracial relationship which was illegal at the time, which Noah highlighted in his autobiography. The interracial and sexual relations, as well as marriages, were decriminalized just a year after Noah was born. It was only in 1985 when the Immorality Act was amended.

Noah was raised by his mother and grandmother in the black township of Soweto. Noah lived a normal life and went to a private Roman Catholic primary and high school in Johannesburg, Maryvale College. Since Trevor Noah’s parents had an illegal marriage, his mother kept him indoors as a way to protect him. The decision to move to the town of Soweto was made to protect Noah since the community was predominantly black at the time. However, as they moved to the town, their nightmares became much worse as Noah, together with his mother and brother, faced life-threatening encounters on a daily basis. Noah even said in an interview that there was an incident where his family had to jump from a moving bus because the driver was threatening to kill them all.

Starting Over In A Different Community

During his time at Maryvale College as a high school student, Noah realized that learning the English language was the only way for him to get a great life after graduating. For this reason, Noah started studying the English language. At this time, he also discovered his passion for entertainment when he would make his own mixes and take the job to host street parties in their community. At early as eighteen years old, Noah had already appeared has been appearing on TV and hosted his own show on the radio.

Soon, he focused his time on doing comedy full time since it was his forte; with this, he started working with a lot of local and international comedians, which eventually landed him a gig to open for the Russell Peters’ South Africa show. His sharp wit has earned him different hosting gigs in his career. Because of his talent, he had slowly built an impressive portfolio before he decided to relocate to the United States in 2011.

Taking A Chance To Start His Career In The US

At the age of 27, Noah and his family decided to relocate to the US, where he was already making waves as a young talent. He became the first-ever South African stand-up comedian to appear on Tonight Show in 2012. The following year, he had his Comedy Central debut in the year 2013 and kept appearing in the series Comedy Central Roast. By the year 2014, Noah was already a regular contributor to the show The Daily Show. The next year, Noah was finally chosen as the host of the show after Jon Stewart, and it became The Daily Show with Trevor Noah in 2015. It was reported that Noah was chosen because he brings a unique view that is appropriate these days and in the coming years.

With Noah succeeding in the show, the show experienced a huge rise in the viewership of the audience. Because of this, he has been gaining more and more popularity across all genres. It was reported that The Daily Show with Trevor Noah will be extended until 2022 as Netflix and Comedy Central extended the show’s contract.

READ NEXT: The Snoop Dogg Story: From Gangsta To Successful Rapper