Home » Lifestyle » 'The Kid's Like Me:' Everything Kobe Bryant Said About His Daughter, Gianna, and Her Love of Basketball 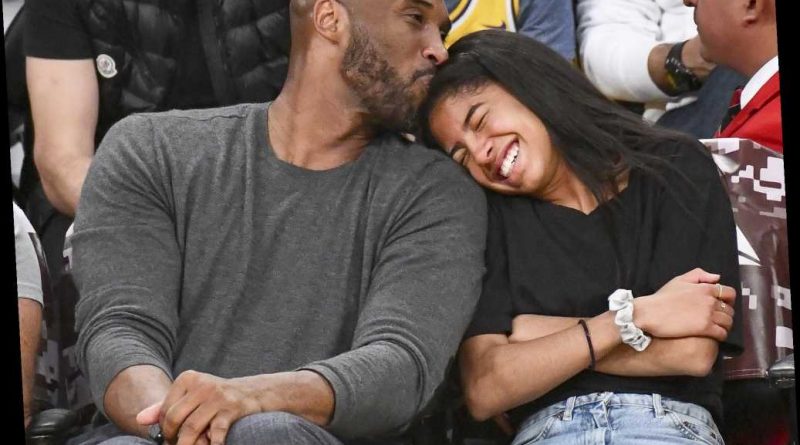 His daughter, Gianna, who also went by Gigi, had dreams of joining the WNBA and following in her father's footsteps. The former Lakers player even coached her team at the Mamba Sports Academy, a training center that he opened. Bryant and his daughter were on their way to the training center when their helicopter crashed in Calabasas, California, on Jan. 26, 2020, killing the nine people onboard.

It is no secret that Bryant was proud of all of his daughters. His Instagram had become an account for sharing videos of both Gianna and his eldest, Natalia, playing sports. Gianna, though, truly shared her dad's love of basketball and was "getting better every day."

Bryant told Extra in July 2017, "[Gianna]'s pretty fierce. She loves playing, she loves shooting. She came to me last summer and asked if I would teach her the game a little bit, so she really just started playing, but she picked up things innately."

And he told Jimmy Kimmel in 2018 that his daughter was looking forward to continuing his legacy and indeed had plans to join the WNBA.

The pair had a particularly special bond. Tethered by not just blood, but a love of the game, Gianna accompanied Bryant to games, even going viral after being caught on camera getting some advice from her father at a game between the Atlanta Hawks and the Brooklyn Nets. The legendary basketball player told the LA Times of Gianna's love of basketball, "What I love about Gigi is her curiosity about the game. She's very curious. Even in a heated situation in a game where it's going back and forth, she can detach herself and come to me and ask a very specific question, which is not common. She'll come over and say, 'OK, on this particular trap when I'm trying to close the gap but she's getting on the outside, do I need to change my angle?' It's a very specific question. That's pretty damn cool." In 2014, Bryant told a story to The New Yorker about his daughter, revealing that it wasn't just talent for the sport that he and Gigi shared — she also shared his temperament. While playing a game of Candy Land, Bryant had to decide whether or not to let his then 3-year-old daughter win. He said, "She obviously can see that I can win, so she'll know that I'm not winning on purpose. Then what's that teaching? So I just play the game, I win — and the kid goes ape s—. She knocked the board over. 'Baaaaaaa!' I was, like, 'S—, the kid's like me. Damn it.' " The five-time NBA champion retired from basketball in 2016, but said of watching his first Lakers game since retirement, with his daughter: "We just had so much fun because it was the first time I was seeing the game through her eyes. It wasn't me sitting there, you know, as an athlete or a player or something like that, and you know it's like about me, and I don't like that. It was her, she was having such a good time." Bryant is survived by Vanessa and their three other daughters Natalia, Bianka and Capri.