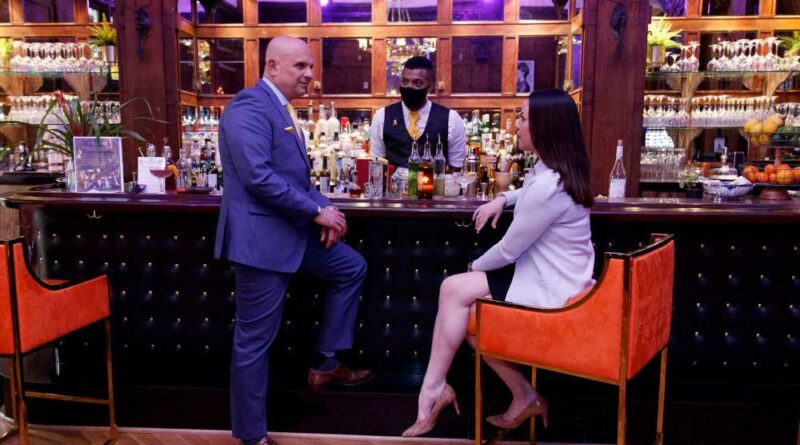 Legendary Friars Club to stay dark due to coronavirus

An unfair roasting of the Friars Club

Ex-Friars Club chef says he was fired after getting sick

The yucksters are back at the legendary Friars Club.

Shuttered 14 months ago by the one-two punch of a flood followed by a pandemic, the iconic institution of New York showbiz — where entertainment luminaries like Henny Youngman, Frank Sinatra and Larry King used to hold court — finally reopened in the last week of April.

Featuring new leadership, a new mission and a dramatically refurbished building, the club hosted its first “Friars Club Live” on a recent Tuesday with a line-up of live music and stand-up comedy.

But if the revamped “Jerry Lewis Monastery” on East 55th Street doesn’t look like an entirely new club, it at least resembles a renewed one.

“It’s like if somebody has a face-lift, they look the same but ‘freshened,’ ” laughed TV personality and long-time Friar Bill Boggs, who asked to not reveal his age for “professional reasons.”

The Friars’ “face lift” became necessary in January 2020, when a fourth-floor water pipe burst over the Martin Luther King Jr. holiday weekend. Because no one was on-site, the water ran free for days.

“It was like a rainforest in here,” explained 31-year-old general manager Anthony Trombetta.

The damage closed the club, making significant renovations necessary. Notably, it wasn’t contractors who did the work but long-time Friar employees.

“Giuseppe, our food and drink director, was up on a ladder peeling back walls, while Wendy from accounting was shining chandeliers,” Trombetta said.

During the make-over, the club’s infamous wall-to-wall carpeting was largely replaced with herringbone floors, while the original 1908 flooring in the Milton Berle Room was returned to its original shine.

The club’s dark walls were lightened a couple shades and its stained-glass windows were repaired and restored, while in the Barbara Streisand Bar (née the Lucille Ball Room) antique mirrors were mounted behind the bar and leather banquettes added to the floor.

It all aimed to give the club a “lighter” and “more welcoming” feel, said lawyer Arthur Aidala, 53, the Friars’ newest “dean” after the passing of the club’s former head honcho Larry King.

“I call it Friars Club 2.0,” he said. “Fixing up the place and restoring it to its former luster was step one, but we’re gonna keep going.”

Which is not to say anyone intends to forget the Friars’ fantastic past, Boggs added.

“I’ve been in this room with guests many times, eating dinner and listening to live music, and it’s like, ‘Where else would you want to be?’ ” he said.

Many of the club’s amenities remain unchanged, including its billiards and card rooms, an on-site barbershop and gym and a world-class steam room that may be the hottest in New York City.

“The members go crazy for it,” Trombetta said of the historic marble sauna where Berle was known to enjoy a shvitz with his Borscht Belt pals.

Even before that water damage, the Friars was in need of a reboot. Recent years had been hard, with the club’s former executive director convicted of federal tax crimes and another administrator sued for sexual harassment. Aging members and dwindling membership didn’t help either, which is why Aidala tasked the Friars with finding new members, especially young and female.

“My edict right now is to bring in young professional women, because there was a time women weren’t welcomed here, and I want to right that wrong,” he said.

To make the club more attractive to young professionals, its dress code has slackened (coats are no longer required), excellent Wi-Fi is piped throughout the building, and the new Abbot’s Lounge (formerly the George Burns Room) has been transformed into an ersatz “WeWork” office with desks and tables for working members to spread out on. There are also plans to build a state-of-the-art podcasting studio on the property, Aidala said.

“It’ll be pretty cool to be able to say, ‘Broadcasting live from the Friars Club,’ right?”

My edict right now is to bring in young professional women, because there was a time women weren’t welcomed here and I want to right that wrong.

Arthur Aidala, the new dean of the Friars Club

One convert to the idea of “Friars Club 2.0” is Lauren Conlin, 35, the thirtysomething host of the “Red Carpet Rendezvous” podcast and an entertainment reporter.

“I used to think the Friars Club was just a fraternity for old white men, but then I came here and was immediately smitten.”

Conlin loved the club’s legendary past, of course, but she also appreciated the ability to make a new future.

“Once I joined, I immediately started planning happy hours and networking parties,” she said. “I imagine this club as a new Paley Center, with movie screenings and talk backs. I really do think now is the perfect time to revive the club and make it even more fun.”