Shocking footage has revealed the moment a traffic sergeant and his team track a gang of potential human traffickers in real time.

In tonight’s episode of Channel 4’s Cops on Call, the police control room receives a call from a member of the public on Friday morning, claiming they have seen over 30 people get off a boat in Newlyn harbour and into the back of a waiting van.

With 30 police units from across both counties deployed to the M5 to track the van, cameras follow a traffic sergeant to see how he has to organise and strategise an entire team to stop them.

But everyone is in for a shock when the vehicle is eventually tracked down – and there are 30 victims, believed to be from Vietnam, crammed inside. 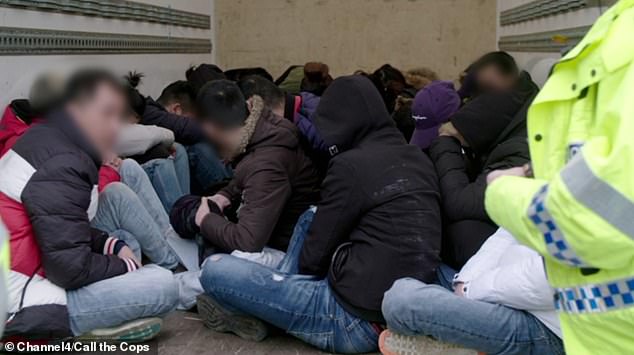 In tonight’s episode of Channel 4’s Cops on Call, the police control room receives a call from a member of the public on Friday morning, claiming they have seen over 30 people get off a boat in Newlyn harbour and into the back of a waiting van (pictured) 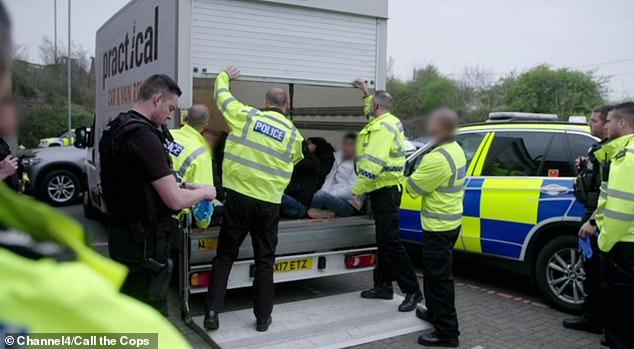 Call the Cops takes a look at the challenges the Devon and Cornwall police force face patrolling the 730 miles of coastline in their jurisdiction.

Cornwall is famous for a long history of smuggling, but this criminal activity is not a thing of the past. It’s the second incident in two weeks where the office have had reported sightings of people entering the country illegally

‘I work in Newlyn in Cornwall and up and down the pontoon here, there’s about 30 young-ish people,’ reported one member of the public. ‘They look like foreign nationals I’d say, but they’ve just piled onto the back of this white van.

‘This guy has actually just drove off, that’s not right. It headed off towards Penzance.’

Soon, several units are dispatched to the M5 to track the van that reportedly picked up 30 people from the yacht in Newlyn harbour.

‘So my intention will be that we’ll be opening up this box for welfare purposes,’ explains the traffic sergeant once they manage to locate it. ‘We don’t know what we’ve got in the back at the moment. 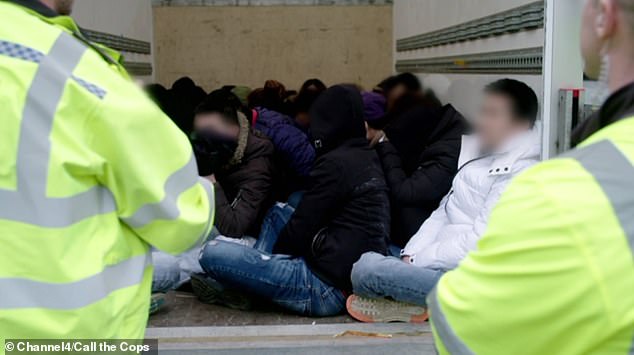 The DCI makes clear the 30 people are to be treated as victims and will not be arrested. Pictured, crammed into the van

‘I think we’ve probably got enough officers to deal with what we’ve got and then we’ll take it from there. Stand by.’

Opening up the tail-lift to reveal 30 victims, a member of the team says to them: ‘Police, stay exactly where you are guys, just stay there. All of you stay there. Just stay there, you’re all safe.’

Reporting back to the office, the traffic sergeant explains: ‘We’ve got the vehicle open. We can confirm there’s approximately 30 persons in the vehicle – male and female of varying ages.’

Turning to speak to the camera, the traffic sergeant at the scene explains: ‘You have no idea what experiences they’ve had – none whatsoever. And you’re confronted with 29 terrified individuals who have no idea where they are, where they’re going or what will happen to them.’

‘I can’t begin to imagine what that journey must’ve been like – the conditions they have endured and how horrific that must be.’