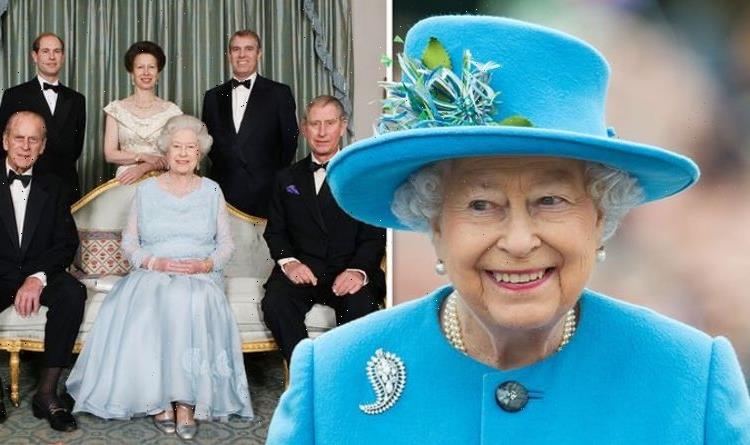 Rumours of favouritism within the Royal Family are often bandied about, with Prince Andrew, the Queen’s second son, long rumoured to be the Queen’s favourite child by royal commentators. While the Queen has never spoken publicly about her feelings for her four children, a body language expert has highlighted how the Queen appears to have a particularly close bond with one of her children, Prince Charles.

Prince Charles is the eldest child of the Queen and the late Prince Philip, and he was born in 1948 before the start of the Queen’s reign.

As heir apparent to the throne, Charles has been on hand to support the Queen throughout the entirety of his adult life.

And now the Queen is 95 and has struggled with health issues in recent months, Charles appears to have taken up the royal baton by fulfilling the majority of engagements in his mother’s place.

And according to Mr Stanton, it appears the Queen has always had a “very strong connection” with her eldest child.

The body language expert explained: “The only time we have seen a change in the Queen is when she has been surrounded by family.

“From limited historical footage that exists of her in an informal setting, it is clear that the idea of family has always been the most important nucleus of her life.

“There are plenty of moments where she and Prince Philip are playing with the children and she appears to show a very strong connection with Charles – maybe because he was her first son.

“It’s clear she is immensely proud of him. She relaxes her usually stiff posture and clearly comfortable at home, we see her laughing and openly playing the role of the entertainer.”

Although the Queen is known to value her family immensely, the crown and the duties that come with it have always taken precedence in the Queen’s life.

According to Mr Stanton, the Queen’s behaviour at home with her children is very different to the persona she displays publicly.

Mr Stanton added: “When in public with her children, however, this openness disappears as the Queen tended to keep her family life private.

“She demonstrated this desire for instance on international trips where she would pass her children to the staff if they appeared to be tired or getting a little unruly – instead surging ahead with Philip and leaving her brood with their aides.

“This is in direct contrast to nowadays, as we regularly see William and Kate with the royal children playing and even chastising them when appropriate.

“They are very happy for the world to see them in that way, whereas years ago it wasn’t so normal for such behaviours to be visible.

“Instead, the Queen has kept a very divisible line between her family and her duty.”