No rest for this royal! Queen, 93, turns down a cup of tea during visit to veteran’s home because she’s ‘too busy’ – after jokingly scolding a schoolboy for being ‘noisy’

Her Majesty The Queen had some stern words for a young school boy during her latest royal visit.

Having received a very warm welcome to South London when she visited the Haig Housing development near Morden last week, the monarch was introduced to Grenadier Guards veteran Michael Bowman and his two sons.

The monarch jokingly told off the younger boy who was part of a crowd of schoolchildren who had cheered when she arrived, saying: ‘You were making a lot of noise.’

Her Majesty then politely turned down the offer of a cup of tea, saying: ‘I’m very busy’. 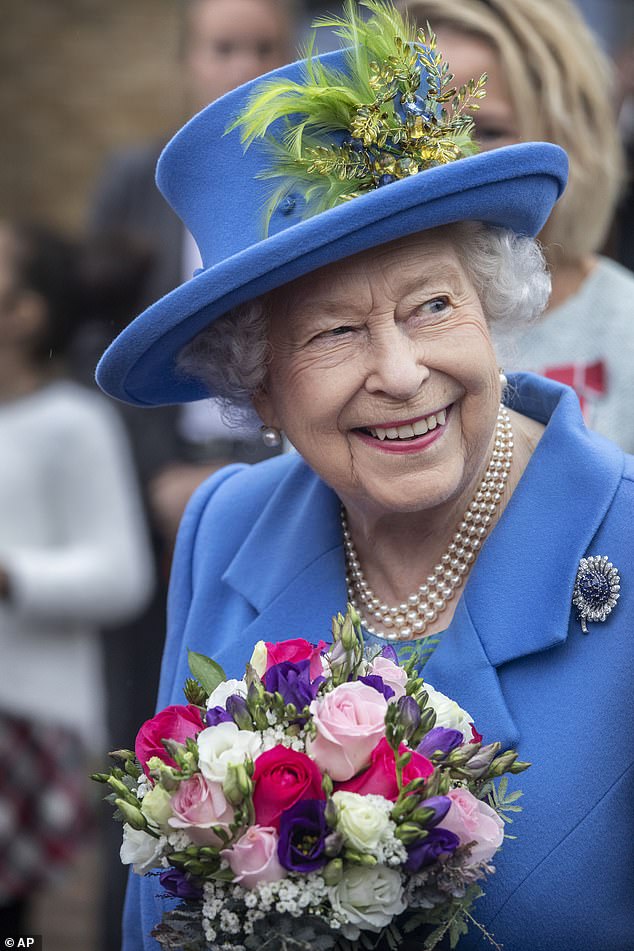 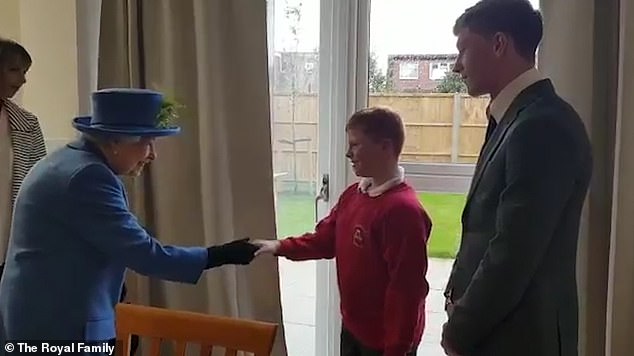 Video footage of the visit shows the monarch meeting the Bowman family at the housing development, which has provided 70 new homes for veterans and their families.

While the boys were on their best behaviour at home, an aide told the Queen that the younger boy had been in a crowd of schoolchildren she’d heard cheering on arrival.

Turning round, Her Majesty smiled as she told the student: ‘You were making a lot of noise.’

After issuing a royal telling off – albeit a jokey one – The Queen was asked whether she would like a cup of tea by Mrs Bowman. 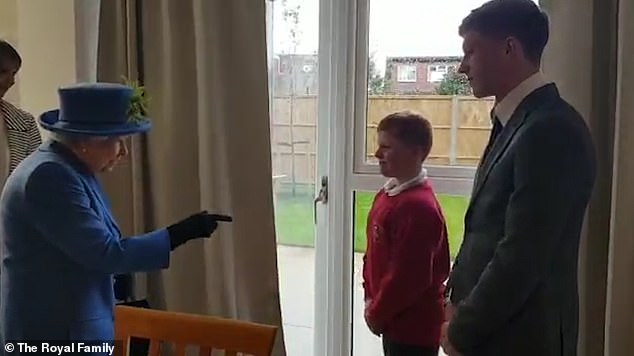 However, the Head of State was too busy to enjoy the refreshment when she politely turned down the offer.

‘I don’t think I have time for that unfortunately. I’m very busy,’ she explained.

The Queen made the trip to the housing development which includes 70 new homes for veterans and their families on Friday 11 October.

The visit marked the first royal engagement since her return from Balmoral. 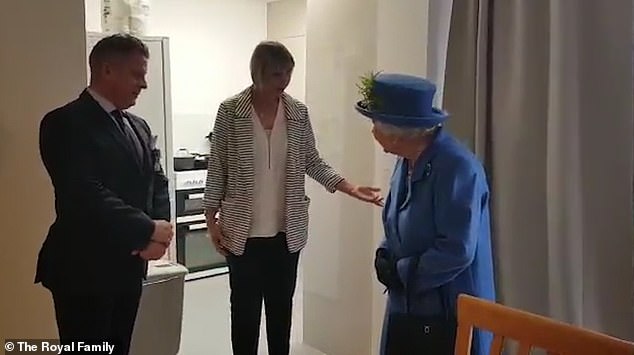 In the video footage from the visit, Mrs Bowman was seen offering Her Royal Highness a cup of tea 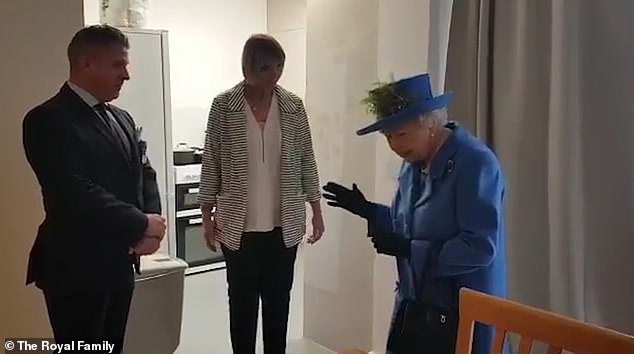 However, The Queen politely declined by explaining that she wouldn’t have time because she was ‘very busy’

As patron of the Haig Housing charity which has been providing housing assistance to veterans for over 100 years, The Queen now has one of the new housing blocks on the development named after her.

Speaking about The Queen’s visit to officially open one of the UK’s biggest Veterans housing projects in recent years, Haig Housing Chief Executive, Brigadier James Richardson, said in a statement: ‘We are delighted to welcome our Patron, Her Majesty The Queen, to open this inspiring new development of homes for Veterans and their families.

‘The development raises the bar and sets new standards fit for those who have served their country and, often, risked all.’

The Queen’s visit to the development also included a meeting with World War II flyer and RAF centenarian Ken Souter.

During a warm exchange between them, The Queen joked that she was glad to hear that his card – sent to him by the monarch on his 100th birthday – had reached him on time.

Speaking about Her Majesty after their meeting, Ken said: ‘Her Majesty is a truly amazing last.’