The Fab Five is all about pushing people out of their comfort zones to live their best lives. In this new Queer Eye on Lip Sync Battle preview, one of its members does just that in order to pay homage to the icons who slayed before them. The teaser video shows a snippet of Queer Eye’s Karamo Brown and Jonathan Van Ness performing Lady Gaga and Beyoncé’s "Telephone." Not only does Karamo wear heels for the first time in the performance, but he and JVN are so committed to the roles that Beyoncé and Gaga would be nothing but proud watching it.

"The premise for this performance of Lady Gaga’s ‘Telephone’ is that Jonathan Van Ness has been a bad boy and Karamo has to bust him out of jail," the YouTube video’s description explains. Fans may remember that it’s the same premise as the epic, nine-and-a-half-minute 2010 music video. In the teaser, the two Fab Five members mimic distinct looks and punchy choreography from the video.

The Lip Sync performance, worthy of its own hashtags (#Keyonce and #LadyJonJon, as posted on Karamo’s Instagram), is already all about Karamo’s debut in heels. "This was my first time, yesterday, in heels, ever," Karamo says in the teaser as he confidently struts down the stage in stilettos. He posted the teaser on Instagram, writing, "We came to slay in stilettos & make king @beyonce & queen @ladygaga proud on @lipsyncbattle." Heel expert JVN praised his partner in crime on Instagram, writing, "Baby @karamo hasn’t been the same since he met this wig & my life has forever been changed for the better."

Without actually seeing the full performance, fans are already mesmerized by it. "This is giving me LIFE right now! I will never listen to ‘Telephone’ the same way again!﻿" a fan wrote on the YouTube video. Another commented on Karamo’s Instagram video, writing, "OH MY GOD. That was amazing. I need to watch the whole thing on repeat for several days." And seriously, his dancing in heels is a work of art. "How the heck was he able to strut in stilettos if his first time wearing heels was the night before!!!" a fan wrote on YouTube. "I would have twisted my ankles. Not fair lol.﻿"

There’s also much to be said about the dedication the two had to channeling Gaga and Beyoncé’s looks from the video. JVN rocks hair rollers and a studded leather jacket like Gaga, and Karamo’s wig is almost identical to Bey’s: 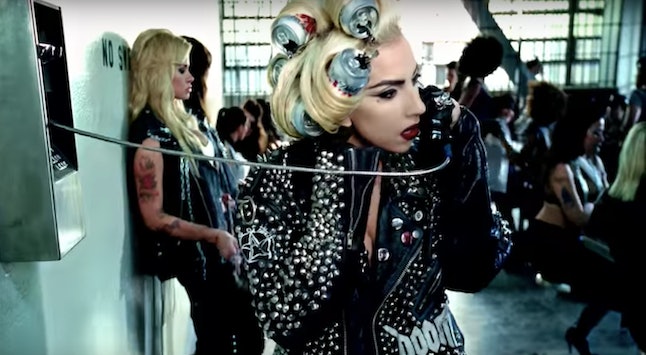 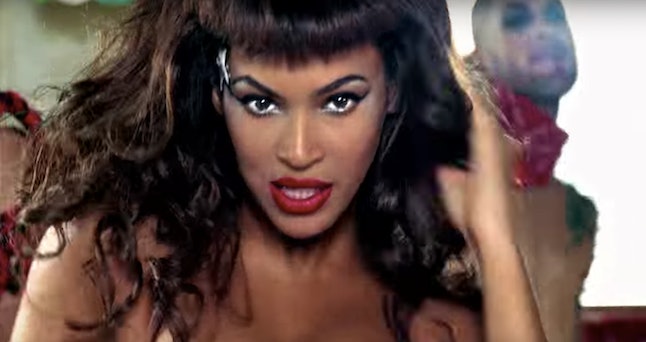 And it looks like these aren’t the only pop icons the Fab Five will be paying ode to when the episode premieres on Thursday. During Karamo and JVN’s performance, their Queer Eye co-stars resembled another pop queen nearby: Britney Spears.

In the episode, Bobby, Antoni, and Tan are dressed in iconic Spears music video looks (from "Oops!… I Did It Again," "Toxic," and "Circus," respectively). 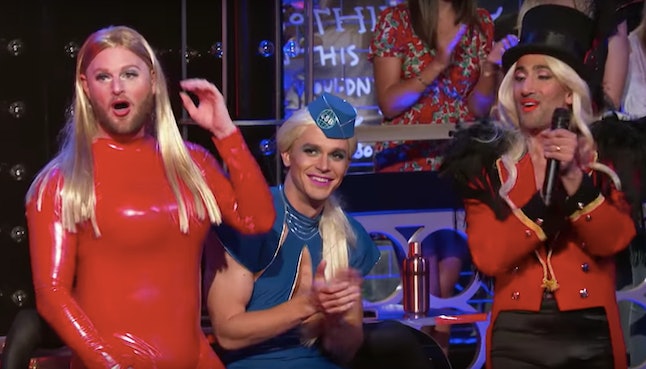 It is about to be the early 2000’s all over again and in the best way possible. If there’s anyone up to the task of honoring these pop icons, it’s members of the Fab Five.