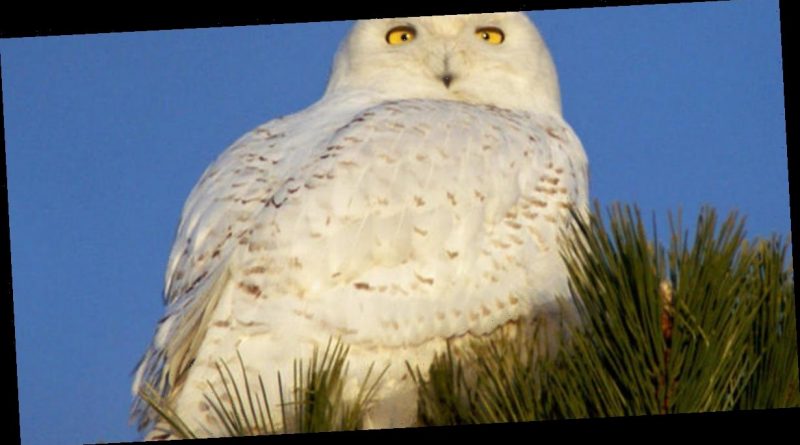 Bird watchers flocked to New York City’s Central Park this week to catch a glimpse of a fluffy snowy owl — the first snowy owl sighting in the park since 1890. But what the owl’s fans might not know is that back home in the Arctic, its habitat is seriously threatened.

While the owl’s spotting in the city was a rarity, snowy owls regularly flock to parts of New York to escape the Arctic and subarctic winter tundra. They’re usually spotted along the coast and at airports, looking for flat, treeless lands that mimic their home.

In the Arctic, the birds are apex predators feeding off small animals like mice, rabbits, and most often, lemmings. The abundance, or lack thereof, of these rodent populations dictate the snowy owl’s fate.

“Many of us who work with snowy owls would argue that they are one of the three or four species (along with walruses, polar bears and ivory gulls) at most immediate and direct threat from climate change,” said Weidensaul.

“As the Arctic climate has warmed, winter snows in many areas have become less deep, more prone to icing, thaws and refreezing — and as a consequence lemming cycles that were once regular as a metronome for decades have collapsed or changed — and in those areas, snowy owls have ceased to nest,” said Weidensaul.

Some years may see higher lemming populations, but that doesn’t necessarily help the owls in the long run. According to a senior research associate at the Cornell Lab of Ornithology, Dr. Andrew Farnsworth, population booms are difficult for habitats to maintain. More lemmings feed more owls, but if a prosperous lemming season is not followed by another with the same productivity, an ecosystem can crash.

Weidensaul said irregularities in the lemming population contribute to the snowy owl’s “vulnerable” status on the International Union for the Conservation of Nature’s Red List of Threatened Species.

“Vulnerable” is one step above “endangered,” and its “population trend” is described by the conservation organization as “decreasing.”

Farnsworth told CBS News there is “no question” snowy owls are at risk due to climate change. Since 2000, Arctic temperatures have risen about twice as fast as global temperatures, according to the National Oceanic and Atmospheric Administration, a government agency.

“We now recognize, thanks to satellite tracking of adult owls, that the global population is an order of magnitude lower than we once estimated. Instead of 300,000 snowy owls worldwide, there are more like 30,000,” said Weidensaul. “We don’t know if they are in actual decline, though we suspect so.”

Tracking the snowy owl population is crucial for gauging the health of their habitat. Farnsworth said these owls in the Arctic are like canaries in coal mines.

“These kinds of organisms are a proxy for a much larger number of animals, and plants, and the whole system,” said Farsnworth, describing a phenomenon called “charismatic megafauna.”

“As populations decline, that’s a good indication that the whole system is under some serious stress,” he added.