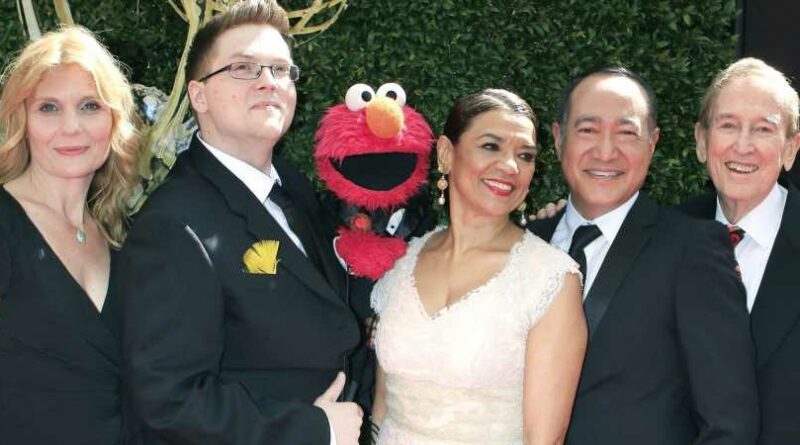 It’s where the air is sweet, it’s where friendly neighbors meet… it’s the one and only Sesame Street! The famed and beloved children’s program first hit the small screen on Nov. 10, 1969. Creator Jim Henson developed the puppeteer method that is still used by puppeteers today; the use of rolling stools and TV monitor guidance help to make the end result come together flawlessly, as loyal viewers have become accustomed to. The show created an awareness and culture of inclusion, kindness, and consideration that was, sad but true, before its time. The show is so loved that on May 1, 2019, New York City Mayor Bill de Blasio declared the day “Sesame Street Day” in honor of the show’s 50-year-run and gave a new name to the intersection of 63rd and Broadway – Sesame Street.

As it turns out, it’s nothing but “sunny days” for these talented folks!

Caroll Spinney, the actor who has brought Big Bird to life for around 40 years and also voices and provides puppeteer movement for Oscar the Grouch, has been with the show from the get-go. As a reference point, he earned $314,072 in 2010 according to the publicly released their 990 tax form. But Spinney’s story with Sesame Street is a true rags-to-riches tale in inspiration. At the age of 8, Spinney was bitten by the puppeteering bug and bought his first puppet, a monkey, for five cents. With some found scrap wood, he cobbled together a puppet stage and put on his very first puppet show. He earned thirty-two cents at the end of the day but knew that he had found his calling. When legendary Spinney passed away in 2019, his net worth peaked at $8 million.

RELATED: Hot Potatoes: Behind The 30 Year Reign Of The Wiggles

Clash, Elmo’s puppeteer from 1985 until 2012, was rumored to make over $1 million per year though it’s not clear how much of that money was Sesame Street dough. In 2012, Clash resigned after allegations of sexual impropriety were raised. Clash denied the allegations and they were later dismissed to the a statute of limitations issue. In 2018, Clash worked on the The Happytime Murders, a comedy film that incorporated puppets.

Over the years, his large salary was due, in part from his work as a co-executive producer along with the voice and puppeteering talents that he provided to Sesame Street along with work on other children’s programs such as Captain Kangaroo, Caboose, and Great Space Coaster and was involved from a production point in many of the Muppet movies.

It’s been reported that most of the “big name” characters on Sesame Street make around $300,000 to $500,000 per year. Since Elmo is definitely a “big name” character, we are confident that providing voice and movement for the little lovable red guy since 2013 offers Dillon a comfortable, steady salary in that range.

Jospeh “Joey” Mazzarino is a veteran puppet master who has been involved with the famous franchise since 1990. He voices and puppeteers several characters and is one of the highest paid puppeteers. Some of the puppets under his care are Murray, Stinky the Stinkweed, the left side of the Two-Headed Monster – Horn and Hardart, Papa Bear, and Horatio the Elephant. In 2010, Mazzarino received a yearly salary of $556,165. He also worked on non-Sesame Street children’s programs such as Bear in the Big Blue House and the worked as a screenplay writer for Muppets in Space, Kermit’s Swamp Years, and The Adventures of Elmo in Grouchland.

CEOs Of The Street

In 2010, Sesame Street publicly released their 990 tax form which stated that the highest paid person at Sesame Workshop was then-CEO Gary Knell. Knell was compensated $988,456 at the time. Knell left Sesame Workshop to become the new CEO of National Public Radio and today’s CEO is Jeffrey D. Dunn, who is reported to have a net worth upwards of $20 million today.

READ NEXT: Hey You Guys: The Surprising Start Of Morgan Freeman