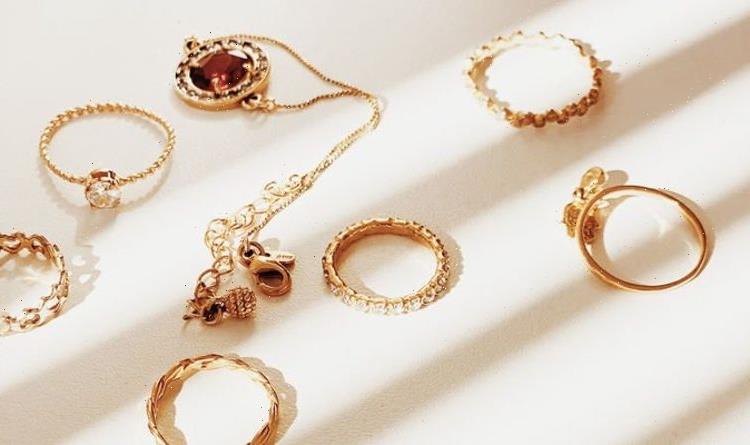 Gemma Atkinson fumes as jewellery is missing from delivery

Recent data from Jewellerybox showed that more than 20,000 thefts of at least £90 million were committed last year.

Nottingham, in the East Midlands, was revealed as the city where more jewellery was robbed in the UK after London, registering losses of over £300,000 from 623 thefts last year.

When breaking into a house, thieves usually have to work as quickly as possible, with most house robberies in the UK taking less than 10 minutes.

That’s why most prefer small, portable items that can easily be sold, like jewellery.

After Nottingham, the cities of Leeds, Bradford and Sheffield are the most commonly robbed.

Bradford is the third city with the highest number of robberies, 432, reporting a stolen value of £851,604

The data also showed that West Yorkshire has been an epicentre of jewellery theft, with Leeds, Bradford and Huddersfield reporting £10 million worth of jewellery taken over the past three years.

However, the city in the UK with the highest valued losses and most thefts in the entire country is London.

Almost £400 million worth of jewellery was stolen in the capital in the last three years, and £87.5 million last year alone.

The most valuable jewellery was robbed in the neighbourhoods of Westminster and Kensington and Chelsea, two of the most expensive areas in London.

The research also revealed, however, that jewellery crime has dropped in the last years, and especially since the beginning of the pandemic with one exception: Blackpool

Blackpool, in Lancashire, is the only town where jewellery robberies have increased by 5.8 percent.

But how can you prevent home burglaries?

Start by making sure you lock all doors and windows before you leave the house or go to bed.

If you are going to leave your house for a prolonged period of time, make it look occupied leaving a light on, for example.

If you are going to be away for an extended time, don’t let daily deliveries of mail build up. Instead, arrange with the Post Office to hold your mail or for a friend to collect it.

Marketing Manager at Jewellerybox, Daena Borrowman, said: “First things first, ensure that all high end jewellery is insured to cover you in the event of a theft.

“Burglars are very sophisticated so please try and avoid posting images of your jewellery online especially if you have public social media accounts and if you feel that you must, disable location settings and always wait until you return back from a holiday to update your social media feeds.

“Do not forget about protecting your artificial everyday jewellery – make the effort to wrap up each piece and store it away from the elements and prying eyes.”