Home » Lifestyle » The White Lotus is a murder mystery, but do we really care about who dies? 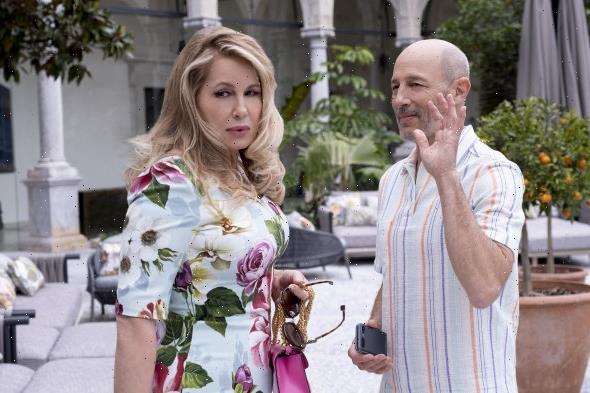 By Meg Watson and Osman Faruqi

It’s The White Lotus finale day! Which means, sadly, it’s the last night you’ll be cranking that iconic intro song in your lounge room for a while and this is one of the last moments you have to corner your friends and colleagues, obsessively filling them in on your latest spiralling theories about who’s going to die.

If you’re working from home today and missing the workplace theory chat… or simply don’t have enough TV-obsessed friends to sustain the conversation, we’ve got your back.

Culture news editor Osman Faruqi and culture reporter Meg Watson have entered the Group Chat to discuss how this legendary season of the show should end – and if the murder mystery matters at all. 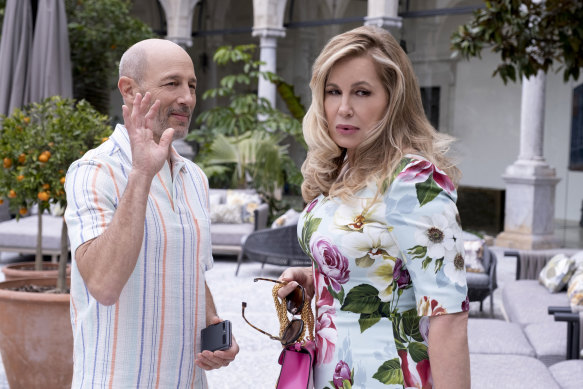 Meg: I think we have to start this off with our theories. We’ve both been reading the recaps. We’ve watched the 5 million TikToks about supposed “spoilers” and “easter eggs” (maybe that’s just me?). And it’s pretty clear the prevailing theory is that Jennifer Coolidge is done for.

It’s now been established she’s being conned by these broke aristocrats who are seemingly working with her husband Greg. She’s alone, in an isolated location, having just done 5kgs of cocaine, and she’s even dressed like the doomed The Godfather mannequin from an earlier ep.

But I’m not so convinced. It would just be too easy! Too neat! As a Survivor alum, Mike White loves a blindside – and also, half the cast is out here talking about how the ending is something totally unexpected.

Plus, as we learned in the first season, The White Lotus is a world where the rich never actually get punished (remember: Tanya was a real villain in season one!). So, I think the people who actually die will be far more innocent and unexpected. I’m picking Lucia, Mia and/or Harper as the victims. And I think ~good guys~ Albie and or/Ethan are the hot tips for a killer… if there even is one.

What do you think we’re about to see in The White Lotus finale, Os?

Osman: Is this the right time to say that I actually kind of hate how much we’re talking about theories and easter eggs and mystery boxes when it comes to this show?

Maybe that’s too harsh, but the whole whodunit element of The White Lotus is the least compelling part of it for me. That said, I have also seen a couple of million TikToks and read various Reddit threads about what’s going to happen, so I’m willing to play ball.

Like you, I’m increasingly convinced that Ethan is going to do something violent. I don’t know if he’ll actually kill anyone, but he’s been descending into chaos quite steadily over the course of the season, and resentment towards Cameron is steadily growing. Watch out for a clash between the two. 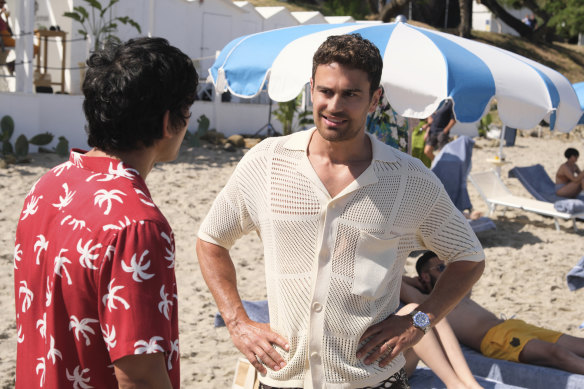 Ethan (Will Sharpe) and Cameron (Theo James) in season two of The White Lotus.Credit:HBO/Binge

I don’t have high hopes for Lucia and Mia. As we learnt in season one, local working-class characters are used by White to underscore how disposable they are to the elite.

I’m more bullish than you on the possibility of J Cool copping it. I just can’t see how this arc ends in a way that’s satisfying and still sees her on top. But perhaps she won’t actually die, but just have something unfortunate happen to her. In that vein, it could be her assistant Portia meeting a fatal end as a result of her decisions which might leave her feeling guilty.

My wildcard entry here relates to Quentin. While it might feel like he’s the puppet master of this Palermo situation, there is something quite tragic about his character.

Meg: The Portia theory is a good call! I don’t think anyone cares enough about Quentin though. And, considering the focus of this season on sex and power, I do think it’s going to be at least one woman’s body in the water. 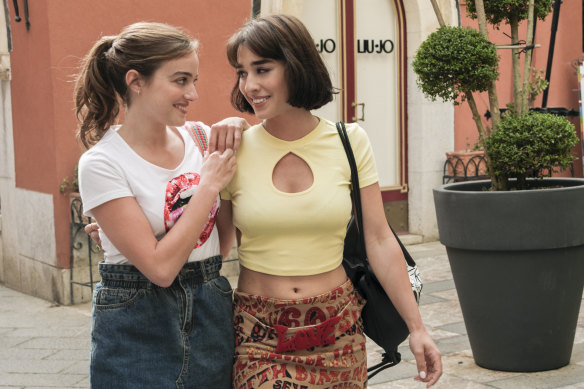 I do agree with you about the whodunit being something of a distraction. Although it might be the most fun to debate with mates, it’s really not the thing that’s kept me watching week to week.

To be honest, I’d forgotten about it completely from episodes two through six. And I think Mike White would be pretty happy with that. He’s talked a lot about how he’s mainly just used the idea (in both seasons) to hook people in.

Osman: It has been fun to see people get behind a show with a weekly release cycle, and experience the kind of water cooler conversation that I feel like has been missing since Game of Thrones.

And we both have vigorously debated many theories in the office over the past few weeks, so I’m not suggesting that everyone who asks “Who’s going to die???” is missing the point of the show. But I do sometimes think that because of how dominant things like true crime are in our culture, not to mention the constant self-referencing and easter-egg hunting in both the Marvel and Taylor Swift extended universes, we’ve gotten the balance a bit out of whack.

There is a mystery element to show, but there’s also so much funny, dark and insightful stuff going on besides the “whose body is it?” thing that I wish we talked about as much too.

Meg: Totally. If this show had come out in 2014, there would be 500 thinkpieces a week about What It Says About Gender and Gaslighting and Wealth. But now the dominant form is 60-second videos dissecting costumes and opening titles and “clues” that often aren’t really clues at all but basic plot.

We’re all used to gamifying TV and pop culture so much these days and the show does a really great job of playing into that, while also being this much richer, deeper thing.

Osman: Like you said, White has been pretty explicit about the fact that the idea of a body in the first episode was mainly a gimmick to try and trick people into watching the show. At the end of season one we learnt that there wasn’t even a murder, the death was accidental, which felt like a bit of a troll on the audience. Do you think there’s a chance of that this time?

Meg: I think that’s actually the most likely outcome. Maybe it’s Albie misguidedly trying to defend Lucia in some way and hurting her in the process. Or maybe all the men get in on Ethan and Cameron’s game of jet ski chicken and accidentally kill each other.

Osman: I can’t figure out if Ethan is actually in love with Cameron and that’s what his actual growing resentment is driven by. He’s not jealous of Cameron for flirting with his wife, he’s jealous of his wife for her chemistry with Cameron. But it feels like White is the kind of writer who would really eschew the “angry gay lover” trope.

I think you’re convincing me about Albie. It would be in sync with the theme of this season if every death was the result of a jealous or angry man getting all worked up and accidentally killing someone they loved.

What does it say about us that even though we both are a bit wary of getting too sucked into the whodunit we can’t stop theorising? Is this what culture is now?

Meg: Weirdly, sadly, yes. I mean you can’t deny it’s a lot of fun! And honestly, it’s nice to have something worthwhile to theorise about. It’s much better than obsessing over horrific real-life deaths or sub-par Ryan Murphy Netflix series that offer 1000 nonsensical clues and then give you no actual payoff. I trust Mike White to see it home.