On Dec. 22, America collectively cried into their wine glasses as Zac Clark proposed to Tayshia Adams on the Season 16 finale of The Bachelorette. (And no, it wasn’t just because Clark delivered the most heartfelt proposal speech of all time.) The sparkler he chose to pop the question with was so gorg, it could’ve brought anyone to tears. Neil Lane, the Bachelor franchise’s long-time jeweler, gave People the details about Tayshia Adams’ engagement ring, and what he said about Clark and Adams will probably make you cry… again. Sorry, not sorry!

Lane told People he quarantined on the La Quinta Resort & Club set in Palm Springs, California before filming, so he got to know the couple before the proposal. He said Clark was “certain” about the ring he wanted for Adams, selecting a Neil Lane Couture handmade design in platinum, with a 3.25-carat emerald-cut center stone, surrounded by a halo of 27 round diamonds, and “further accented” by 67 additional round diamonds.

I’m not great at math, but if my calculations are correct, Adams is currently rocking a grand total of 95 diamonds on her left ring finger. Kathryn Money, Brilliant Earth’s SVP of Merchandising and Retail Expansion, tells Elite Daily she estimates the cost of the ring to be between $45,000 to $75,000. Casual! 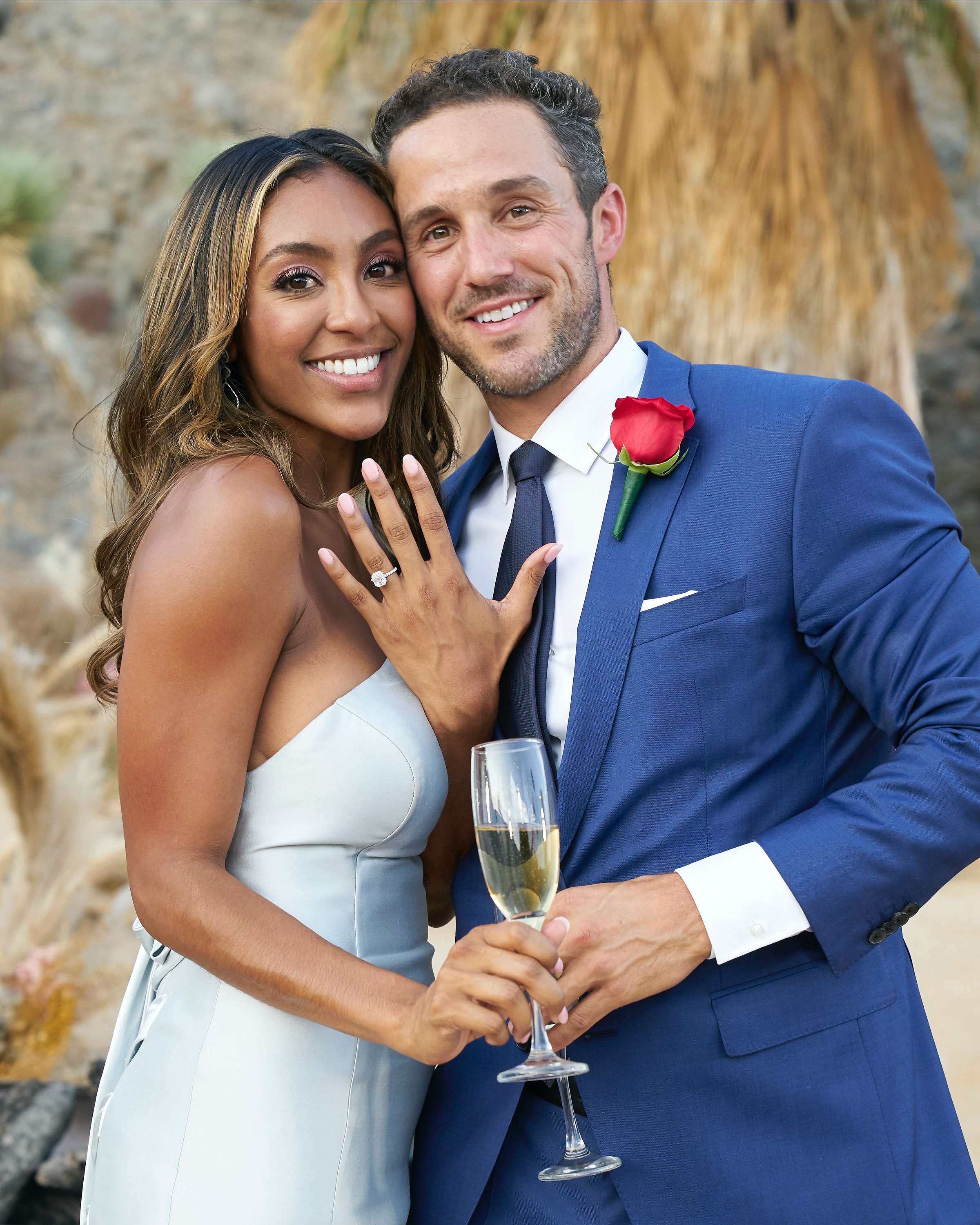 Lane described the ring as “bright,” and, “a classic, very 1920s, vintage and high-style.” But he says what Clark loved the most about it was its elegance. “He said, ‘That’s it, she’s [Adams] elegant.’”

“Zac’s a really nice guy and he’s smitten with her and talked about her kindness, poise, and her honesty,” Lane told People. “Like Tayshia, he’d been married before, and he was really thoughtful about her and honest about respecting their individual journeys. He was certain, nervous, and excited all at the same time.”

Of Adams, Lane said, “She’s quite sweet, direct and sincere. It wasn’t easy to come on the show but she found her guy. This was a giant step for both of them, but they both seem open and she seemed ready to embark on this new journey. I wish them great happiness!”

(I’m fine, everything’s fine, there’s just something in my eye.)