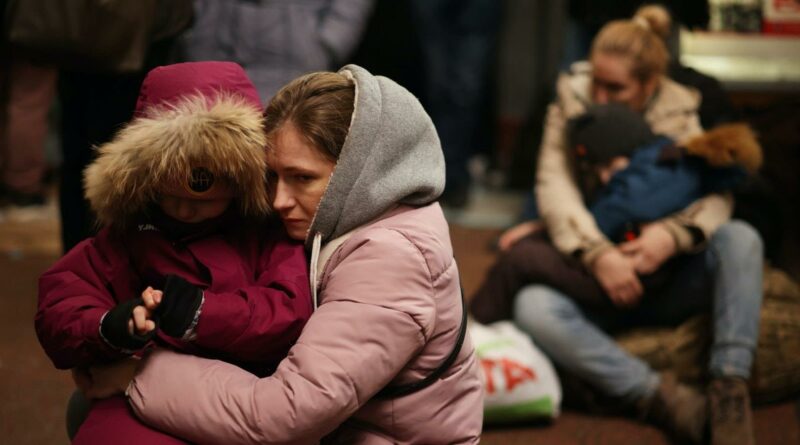 Yaroslava Antipina is using her Twitter account to document the reality of life in Ukraine during the Russian invasion.

It may have only been eight days since Russia first launched its invasion of Ukraine, but the human impact of the consequent war has already proven immense.

Alongside the confirmed 227 civilians who have lost their lives (a figure the UN believes to be a significant undercount), over 1 million people have been forced to flee their homes since the fighting first started.

However, while the number of people fleeing the country is expected to rise over the coming days and months, there are still millions of civilians inside Ukraine – at present, the number of refugees who have left the country amounts to just 2% of Ukraine’s 44 million-strong population.

And while some of those people are soldiers fighting on the frontline, many of them are just normal Ukrainians, watching as their country is bombarded by missiles and gunfire.

Yaroslava Antipina, a former Kyiv resident who has since fled to a town in the west of Ukraine, is one of these people – and amid the chaos of the war, she’s been using her Twitter account to share the reality of the situation with people all around the world.

From her first tweet on 24 February – where she described hearing explosions in Kyiv and shared the view from her flat in the capital – to tweeting updates while fleeing the city for her mother’s house, Antipina has used her platform to document the Ukrainian experience on the ground – and her tweets provide a powerful and heartbreaking perspective.

Stylist reached out to Antipina before writing this story and received permission to share these tweets.

“That time and this time,” she wrote in a tweet published on 28 February. “In that time, I used to read The Economist and Financial Times in the morning to check the business news. In this time, I’m reading the Ukrainian Parliament and City Council to check war news.

“To be continued. I’ll be sharing two realities to show how war changes our life.”

And on 1 March, after she fled Kyiv, Antipina posted: “6:27pm in #Slavuta. Please meet a new view from my window. I’m in Western Ukraine. It’s soooo quiet here. No explosions, no air attacks, no horrors. But my country is at war. My people are dying. My buildings are falling.”

As the Russian invasion of Ukraine continues, accounts like Antipina’s are providing a heartbreaking look at what’s really happening in the country – and reminding us of the people behind the figures we see in headlines and news stories.

For more information on how to help people fleeing Ukraine, you can check out this article.