Home » Lifestyle » 'You think you're so good': how pride can help kids

Parents know that grit and inner motivation are building blocks to success, yet they sometimes struggle with how to instill these qualities in their children. Recent research finds they have a surprising – and often overlooked – key ingredient: pride.

"Hubristic pride" – the arrogance of feeling superior to others – was once considered to be the most serious of the seven deadly sins. But in recent years, researchers have focused on a healthier, more productive type of pride. "Authentic pride" – the deep personal satisfaction of hitting a valued goal – can encourage the kind of self-discipline and hard work it takes to stay motivated, overcome challenges and achieve. 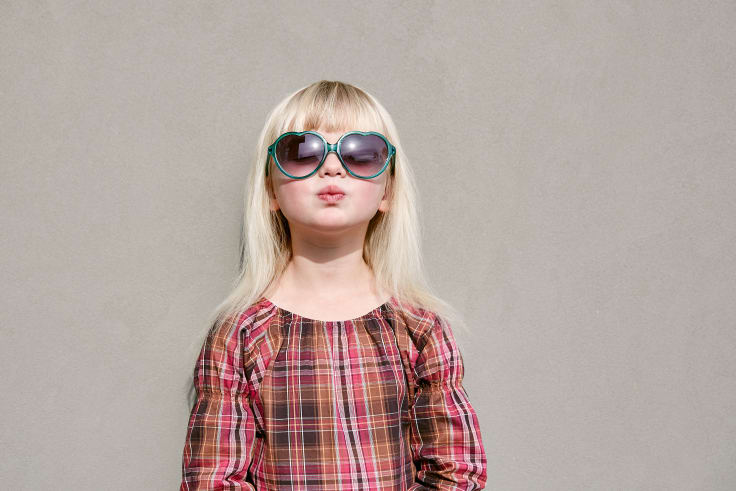 Is pride in children the key to success?

A study last year by German researchers followed more than 3,000 German maths students from grades five through nine. Students who reported feeling positive emotions such as "pride" and "enjoyment" related to their work had significantly better achievement over time than students who had the same level of ability but fewer positive emotions. (Negative emotions, such as shame, anxiety and hopelessness, were found to undermine achievement.)

Positive emotions such as pride are rewarding and generally reinforce the activity that generated them, said lead researcher Reinhard Pekrun from the University of Munich in an email. For example, anticipating pride – knowing how great it will feel to ace that math test – can "strongly motivate a student to invest the effort" that it takes to achieve that result, he adds.

On the other hand, feeling a lack of pride in our work can motivate us to worker harder, too, according to a 2016 longitudinal study that followed more than 1,000 college students enrolled in a psychology class.

After a class exam, researchers looked at the students' study behaviors and their level of pride over their test performance. They found that those who performed well reported a greater sense of pride than those who received lower grades – but pride also worked in favor of the low-performing students. At another assessment weeks later, those students who did poorly and reported feeling "low authentic pride" told researchers that they planned to study more in the future and then went on to perform better on the next exam.

Pride acts as a "barometer of achievement," says study co-author Jessica Tracy, a professor of psychology at the University of British Columbia and author of Pride: The Secret of Success.

"The students' lack of pride signaled something was wrong, which pushed them to study harder so that they could feel better about themselves after the next test."

"Pride makes you value long-term goals more than present ones, like having fun, and builds self-control and grit from the bottom up," says David DeSteno, a professor of psychology and author of Emotional Success: The Power of Gratitude, Compassion and Pride.

Chasing pride has been found to encourage adult runners to train harder and assist dieters in resisting temptation. Additionally, when researchers elicited pride in a group of college students, it led them to persevere 40 per cent longer on a tedious task than students who didn't feel pride.

Parents play a critical role in building their child's sense of pride. "Our brains don't come hard-wired to know what to take pride in, such as grades or sports, so children initially look to parents and then to teachers and peers to find out what's valued by those around them and therefore what goals are worthwhile to pursue," DeSteno says.

Instead of goading your child into interests that aren't their own, focus on their " 'islands of competence' – the interests and talents every child naturally possesses," says clinical psychologist Robert Brooks, author of Raising Resilient Children.

"When children and teens are engaged in areas where they feel confident and proud, it creates a ripple effect, giving them the motivation and encouragement to take on new challenges in other areas of their lives," Brooks says.

Sometimes it takes some detective work to find that initial spark that can lead to pride. "Parents come to me worried and frustrated about their child's lack of interests or their inability to stick to a goal, and I tell the parents to look harder," says Kenneth Barish, a clinical psychologist in Hartsdale, New York, and author of "Pride and Joy."

When children appear unmotivated, they often have interests that parents are missing, Barish says. For example, a teen may enjoy watching the History Channel but show no interest in reading history books. Barish says parents sometimes need to look deeper to find a child's hidden interest and then help them build that interest into constructive projects and longer-term goals.

To teach children how to use pride as a motivational tool, point it out: Did you notice how you felt when you aced your test, built that model plane or played that song? Explain that there are specific steps that they can take to feel that good again, DeSteno says. If they're feeling a lack of pride over a test score or performance, talk through the actions they can take to avoid feeling that way in the future.

But, pride shouldn't only be felt when a goal is reached. DeSteno says to stay intrinsically motivated, children must feel as if they're improving toward a goal, so point out the pride they should feel in the small successes along the way.

He adds, "Parents who withhold praise or downplay pride deprive children of a powerful source of motivation that can help them persevere in the face of challenges today – and throughout their lives."

Wallace is a freelance writer and the mother of three children.