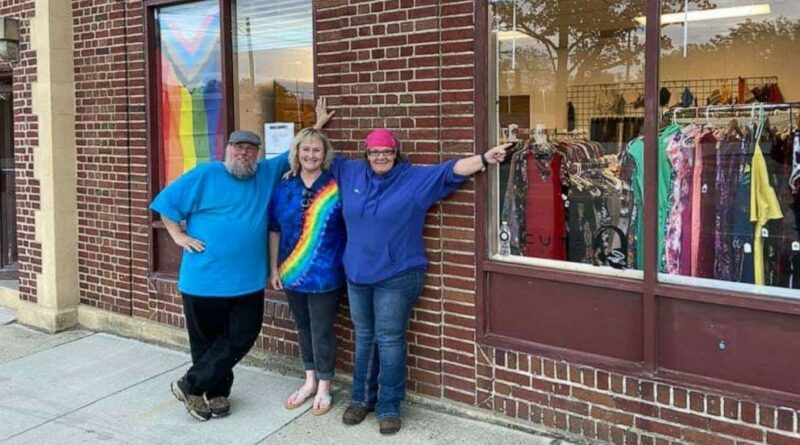 Located in Ohio, Margie’s Closet is the first thrift shop in the state designed to help the transgender community by offering clothing and emotional support. The store, founded by the organization Margie’s Hope, sells an extensive list of clothing, from chest binders for transgender men to $5 pairs of jeans.

Jacob Nash, co-founder of Margie’s Hope and Margie’s Closet, told “Good Morning America” that he came up with the idea for the store after listening to questions from individuals in the transgender community.

“There was some conversation, first through a friend of mine who … had some clothes that she wanted to donate to folks in the trans community, and wanted to know if I knew of any place that served the trans community specifically,” Nash said. “Then, at the support group that Margie’s Hope has [Trans Ally] … a lot of people talked about shopping online because they felt uncomfortable in the stores … and then they end up sending a lot back.”

As a response to these conversations, he opened a pop-up event where people donated clothing for transgender, nonbinary and gender-expansive individuals. This event was extremely popular, Nash said, which inspired him to open up a store to sell this donated clothing.

“By the time we were done, we had so many clothes. We were like, ‘OK, so we obviously have a need here. What are we going to do?’” Nash said.

His dream became a reality when he discovered a space called Studio West 117, which was specifically created for the LGBTQ+ community, on the border between Lakewood and Cleveland that he found ideal to house the store.

“We toured the facility and realized that this would be perfect because we wanted to be able to provide folks within the transgender and nonbinary and gender-expansive community a space that they felt comfortable in [and] that they could get there everything [they] need[ed],” Nash said.

About six weeks after leasing the space, the store opened, just in time for Pride Month. So far, the turnout has been “phenomenal,” Nash said.

Monika Veliz, the executive manager of Margie’s Closet, agrees that the turnout has been “more than [they] could have hoped for.” She believes that the large numbers of people coming to the store can be contributed to local support and advertising.

This support is meaningful to Nash, but not because of the money made, making Margie’s Closet different from a typical business. In fact, the store offers opportunities for those who cannot afford the clothing to have access to $25 vouchers through community organizations or to ask for help from the store upfront. This is because Nash wants Margie’s Closet to care more about the people it helps than making a profit.

When Veliz started working at the store, she did not realize this unique aspect of the store – that was, until she had a meaningful interaction with a transgender woman customer.

“She knew absolutely very little about women’s clothing, about her body type, her body shape, and she came into the store as we were closing. We actually stayed open an extra hour just for her so that I could help her pick up clothes and measure her and all that good stuff,” Veliz said.

“Up until that point, I thought it was just a business, if that makes sense…, but then I realized the importance we play in trans and nonbinary people who walk through our door,” Veliz added. “They’re looking for direction, they’re looking for… connection [and] community. That was the defining moment of what the store actually was for me.”