A thrifty homeowner has told how she utilised the empty space under her stairs by transforming it into a handy pantry – all for just £50.

Kelly Sharp, 34, from Slough, explained how she and her husband moved in November and what with having two boys, one aged six and one aged 15, and with Christmas around the corner, they only had a very small budget.

‘The kitchen had very minimal storage, so I thought I would turn my under stair cupboard into a pantry,’ the mother-of-two said, speaking to money-saving community LatestDeals.co.uk.

‘I began to look for images to get a little inspiration from Pinterest and Google.’ 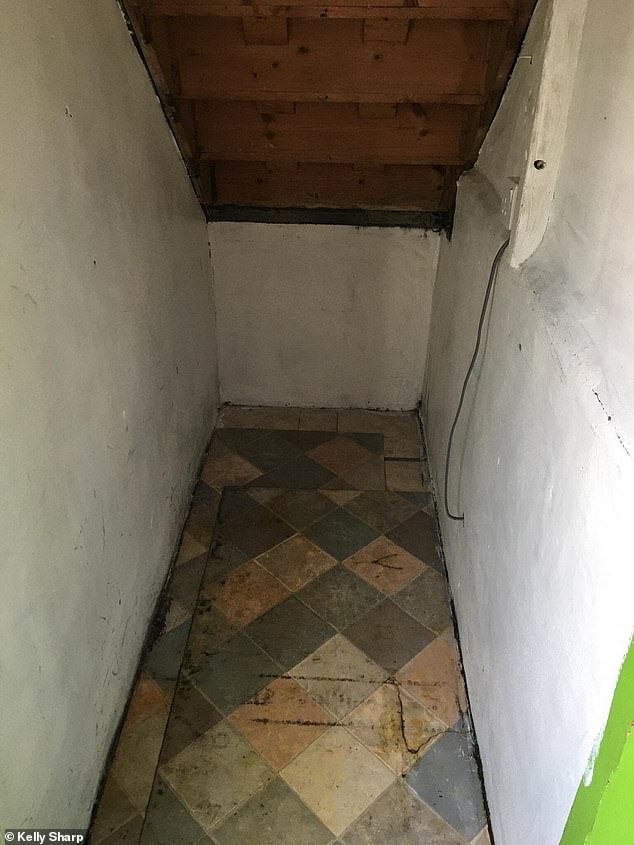 Kelly Sharp, 34, from Slough, decided to revamp the small room under her stairs to create a useful pantry area. Pictured, before the transformation 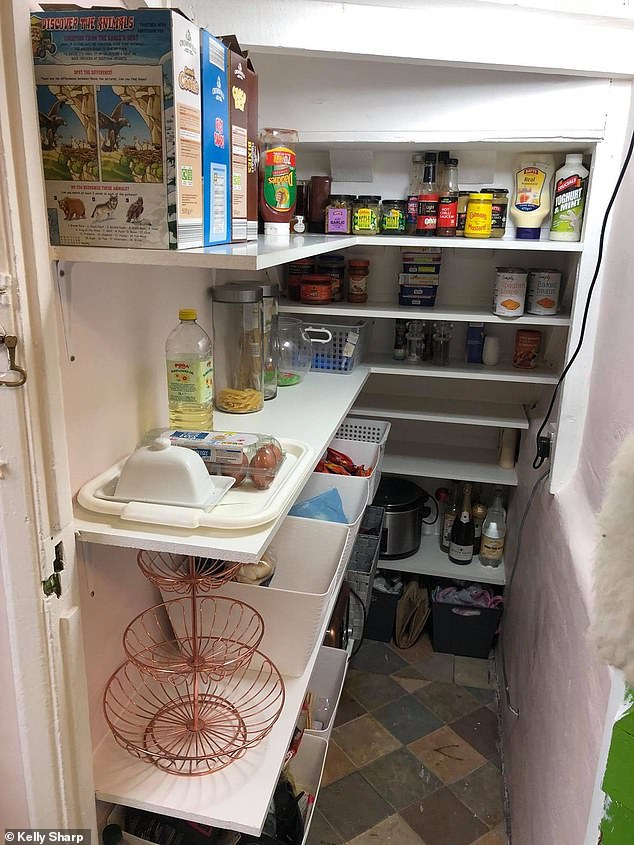 The thrifty homeowner told how she was ‘delighted’ with the end result and admitted she ‘proud’ of her achievements. Pictured, following the transformation 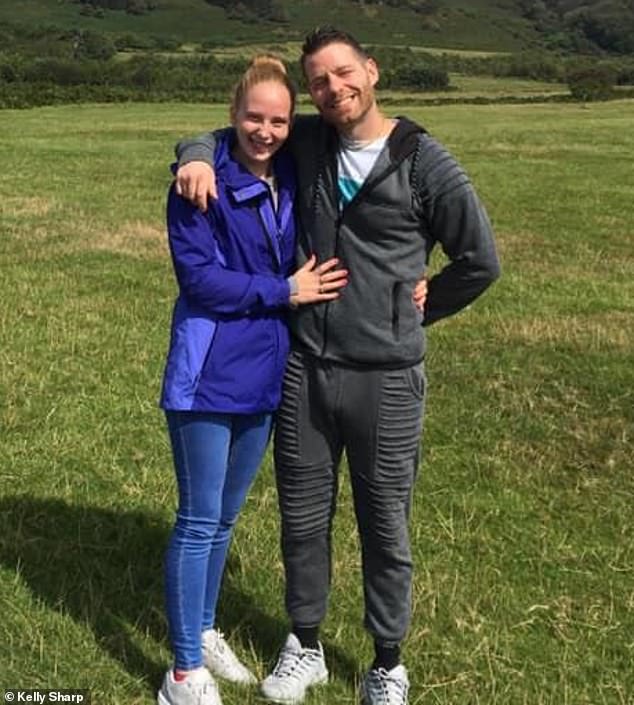 The mother-of-two told how she decided to look for images to get a little inspiration from Pinterest and and Google. Pictured, with her husband

The project cost Kelly just £50, and took her about a week in between work hours, but has given her so much more space to store food and essentials.

‘Overall, the cost was £50,’ said Kelly, a domestic cleaner. ‘I bought four white chipboards from B&Q costing around £40 and some right angle brackets costing £1 each.

‘I also used the remainder of the paint from the kitchen as I wanted the two rooms to be blended together.

‘I started by rubbing down the staircase with sand paper and then cut the shelving to the correct size. 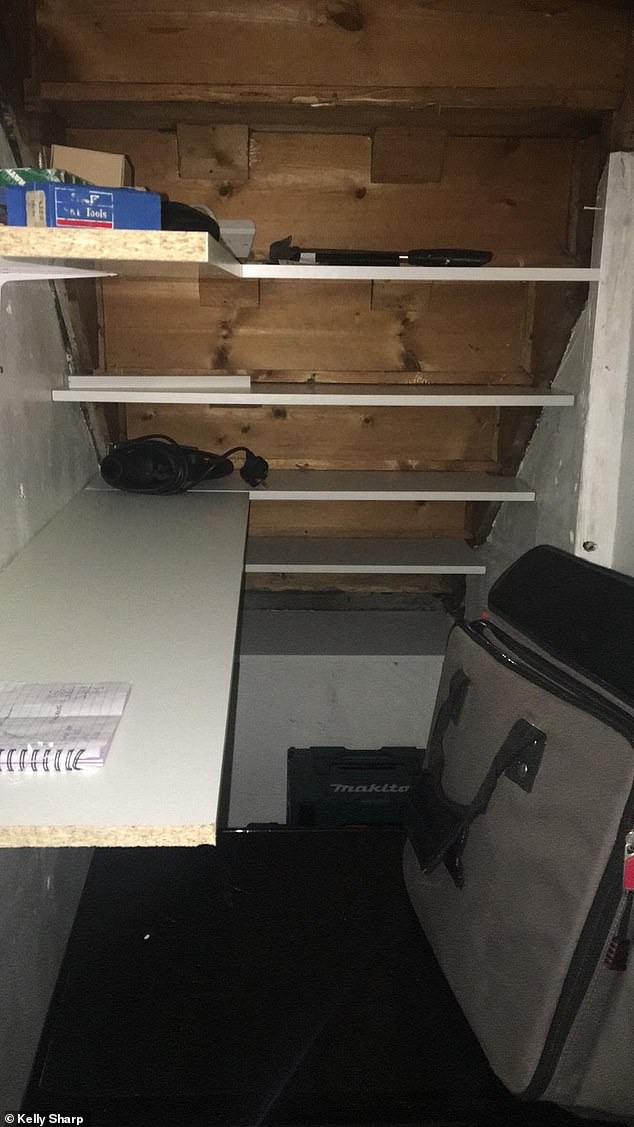 The savvy mum told how the project took her about a week in between work hours, but has given her so much more space to store food and essentials. Pictured, before the transformation 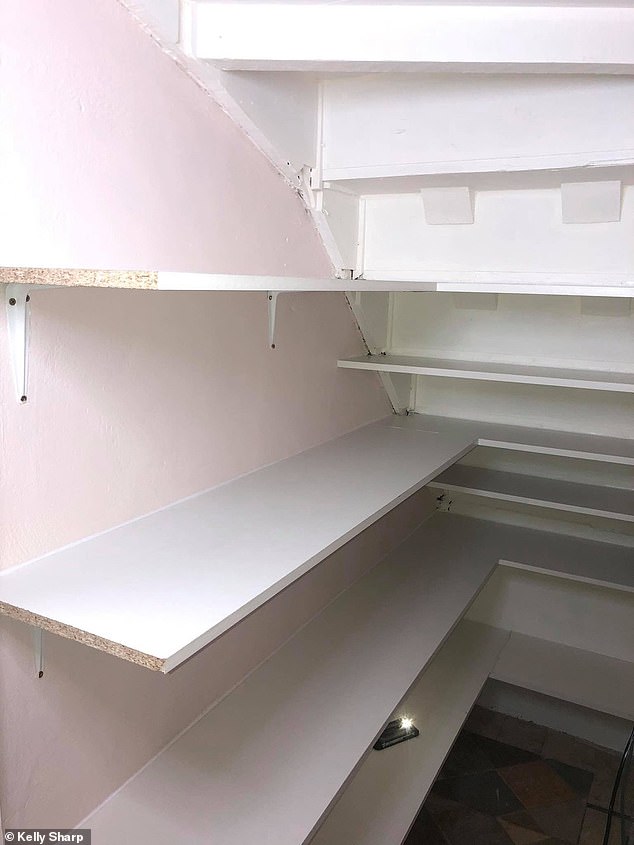 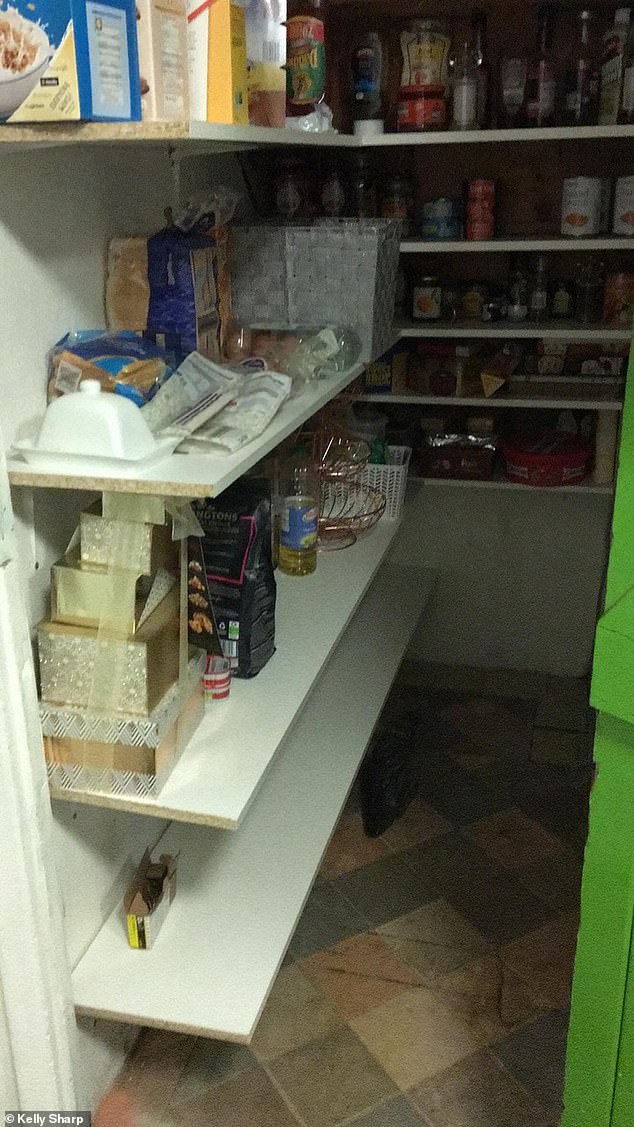 The mother-of-two used the remainder of the paint from the kitchen as she wanted the two rooms to be blended together. Pictured, following the transformation

‘Then, I painted the staircase in white to make it fresh and airy, then painted the walls with Dulux blush pink, placed the brackets and attached them to the wall and screwed the shelves in place.’

Kelly is delighted with how her project has turned out and says having the pantry has made juggling everything at home a lot easier.

‘I am very happy at the result and quite proud if I’m honest,’ she explained. ‘It makes family life that little bit easier knowing that everything is in one place, and has freed up storage in the kitchen, and lets the kids help themselves when they need something.’

Tom Church, co-founder of LatestDeals.co.uk, commented: ‘If your under stair cupboard is filled with clutter, here’s the perfect inspiration to clear it out and undertake some easy DIY.

‘Kelly’s project cost her just £50 and resulted in a super useful pantry space, which takes pressure off bursting kitchen cupboards!

‘If you’re not a DIY whizz, this is a fairly straightforward project to get started with – just look on Pinterest for inspiration, and head to YouTube for easy tutorials.’ 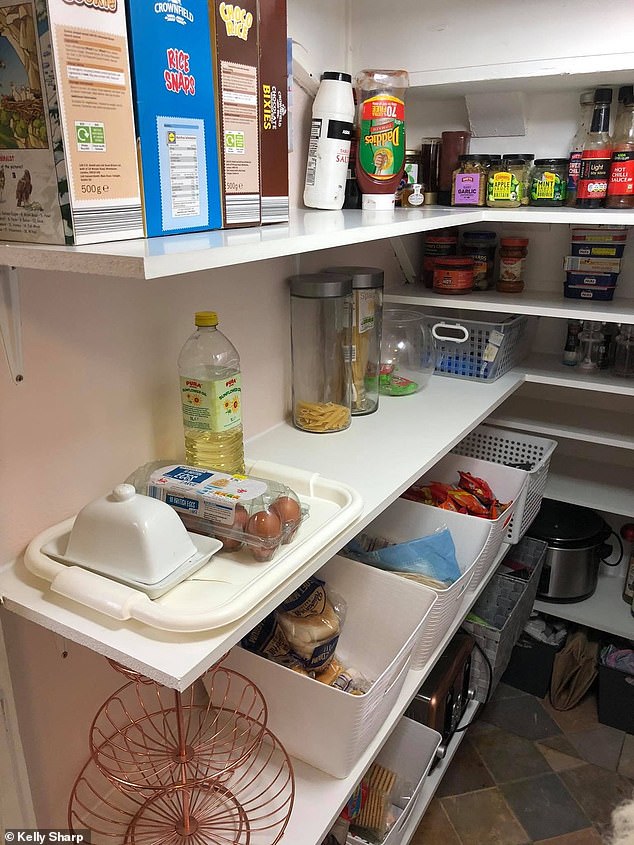