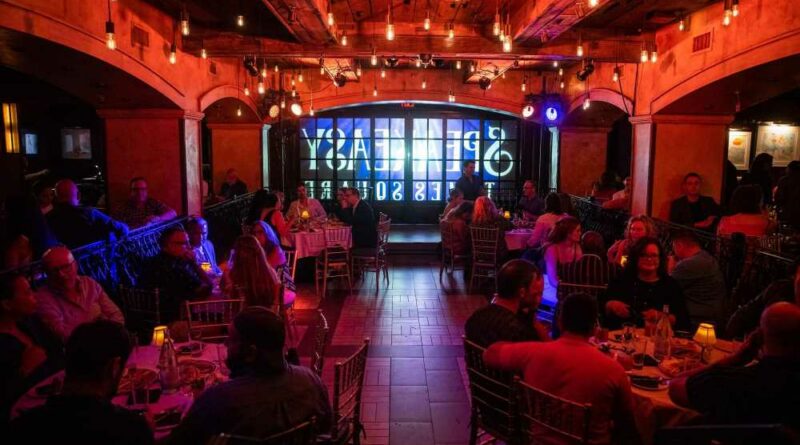 NYC won't 'be back' until empty office towers refill with workers

Eat it and weep: Death of NYC's restaurant scene was greatly exaggerated

Restaurateur Shelly Fireman said he’s “scared [bleep]less” by Times Square shootings that landed on Page One of The Post — but not enough to stop him from reopening Bond 45, his West 46th Street Italian eatery that was closed since March 2020.

The jumbo-size favorite of theatergoers, tourists and showbiz boldfaces reopened its doors last week, while other large Times Square-area eateries such as Sardi’s, Carmine’s, Barbetta and Virgil’s BBQ remain dark.

“The world isn’t coming to an end that quickly,” Fireman said of the recent uptick in crime. There have been no incidents near Bond 45 since a ricocheted bullet wounded a tourist outside The Marriott Marquis hotel Sunday, he said.

“The hotel asked us to,” he said. “We have PPP money we have to spend. And the streets are crowded again, even before Broadway comes back in September,” he said.

Although office workers have yet to return in large numbers and most theaters won’t reopen until September, Times Square’s foot traffic rebounded from 33,000 daily visitors in April 2020 to more than 140,000 last month and even higher on weekends.

“We were obligated to give it our shot,” Fireman said, borrowing a line from the great show-stopping number from “Hamilton,” which plays down the block from Bond 45.

Bond 45 bowed in the fall of 2018 at its new location on West 46th Street four years after his former landlord on West 45th Street wouldn’t renew his lease. It quickly drew actors, musicians and producers from “Hamilton” at the Richard Rodgers Theater and from two other shows on the block.

Times Square Alliance president Tom Harris hailed the reopening. “The opening of iconic Bond 45 in the heart of Times Square gets us a step closer to the city’s recovery,” he said.