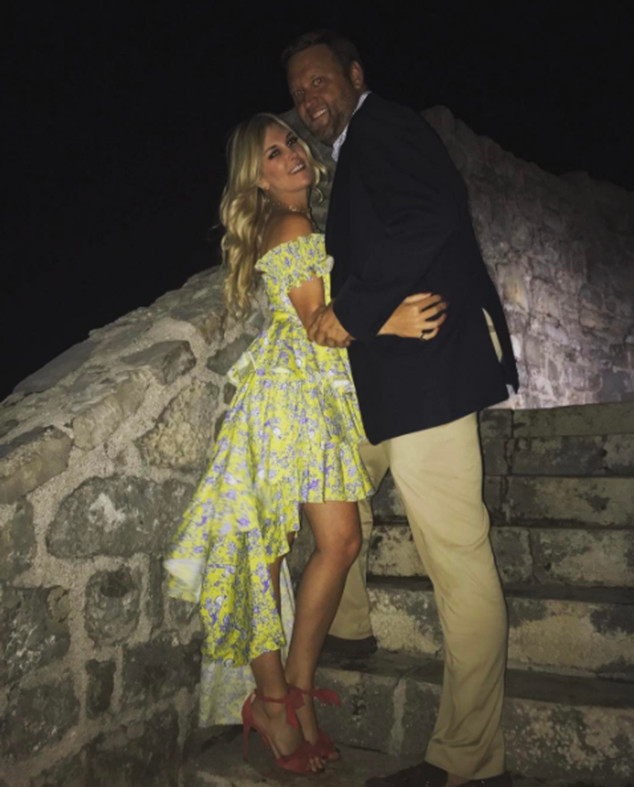 Tinsley Mortimer and Scott Kluth are giving their relationship another chance.

The Real Housewives of New York City star hinted at the reconciliation in an Instagam post on Tuesday. The post showed the Bravolebrity posing in front of a window with a rainbow and the Chicago skyline behind her. As fans are well aware, Kluth lives in The Windy City while Mortimer lives in the Big Apple.

“Somewhere over the rainbow skies are blue. And the dreams that you dare to dream really do come true,” the reality TV star captioned the image, quoting the classic song.

She then gave Kluth a photographer’s credit and included a heart emoji.

A source also told E! News the two are back on for now.

As fans will recall, former Housewife Carole Radziwill introduced the duo back in season nine. Viewers have since watched the duo break up and make up a few times over the past few years.

“We’ve had our ups and downs, and we’ve broken up a couple times, and it’s been tough. I mean, you know, distance is hard. We love each other. It’s so cliché and cheesy, but it’s true,” she told Bravo’s The Daily Dish in 2018. “I wouldn’t be with anybody unless I thought that there would be, you know, a wedding in my future. And I mean, it is something that we definitely have talked about. Men are tough. You have to, like, baby step it in there, but you know, I’m working on that. I just really, honestly want to just make it work with him and then if babies come, marriage comes, and all that stuff, that would be great, an extra bonus on top of everything.”

“Somewhere over the rainbow skies are blue And the dreams that you dare to dream really do come true” ☺️? #chicago ?by Scott❤️

“Somewhere over the rainbow skies are blue And the dreams that you dare to dream really do come true” ☺️? #chicago ?by Scott❤️

However, Mortimer said they were “officially done” during the most recent season. She even confirmed the two were still broken up when she appeared on Watch What Happens Live With Andy Cohen in May.

Now, it looks like they’re giving their relationship another go.

(E! and Bravo are both part of NBCUniversal).