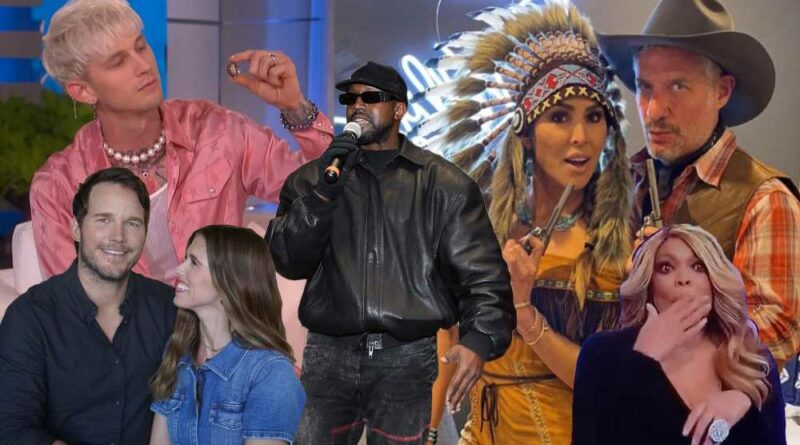 From “Bravolebrity” meltdowns to awkward social media posts, Hollywood gave us a lot of uncomfortable moments in 2021.

And because we’re gluttons for punishment, we’re taking a long, hard look at some of the cringiest moments of the year. 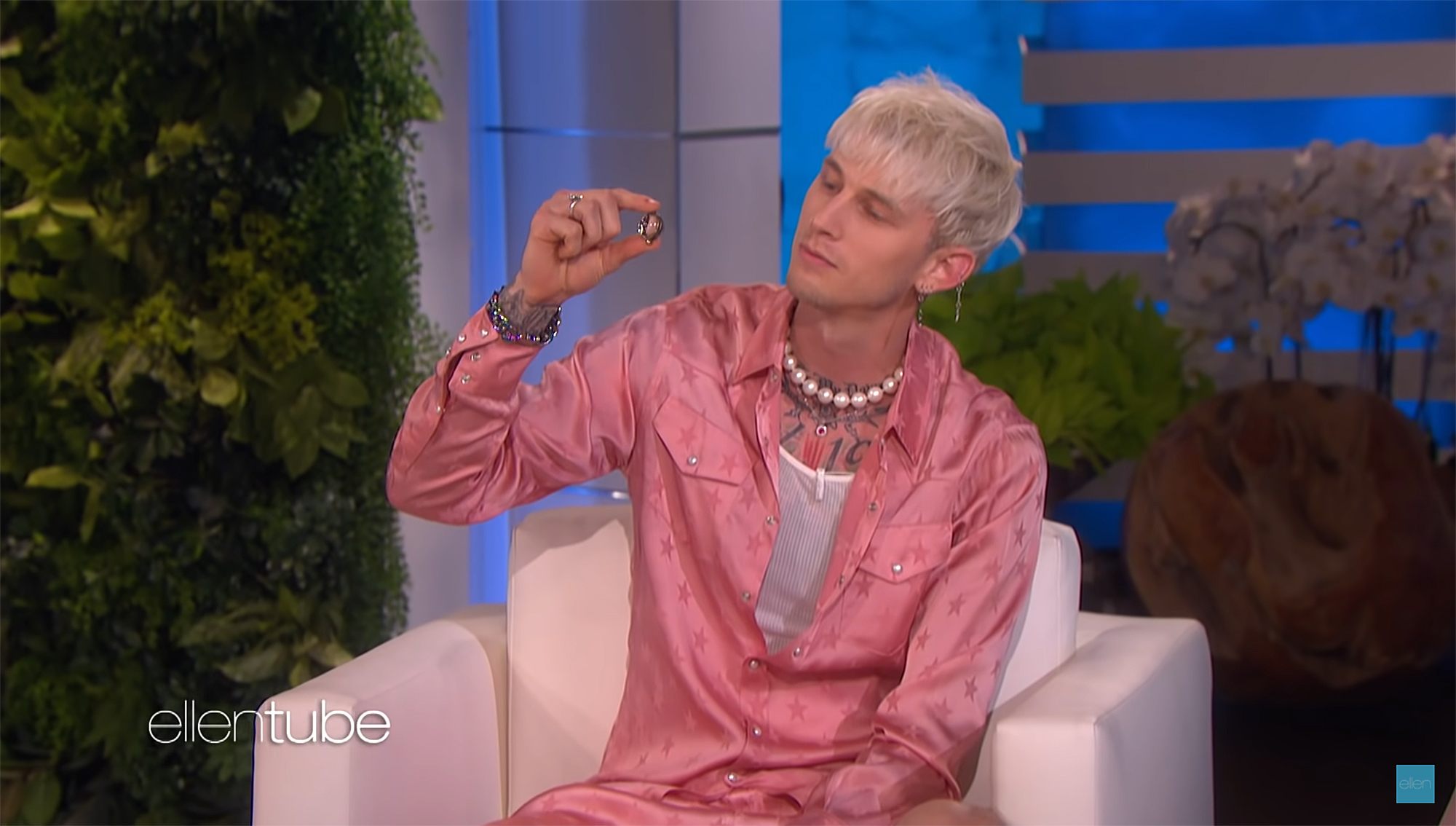 Things got weird on the most romantic day of the year when the singer revealed that he wears a necklace containing a drop of girlfriend Meghan Fox’s blood.

“I wear your blood around my neck,” Kelly captioned an Instagram post showing the necklace alongside photos with Fox. 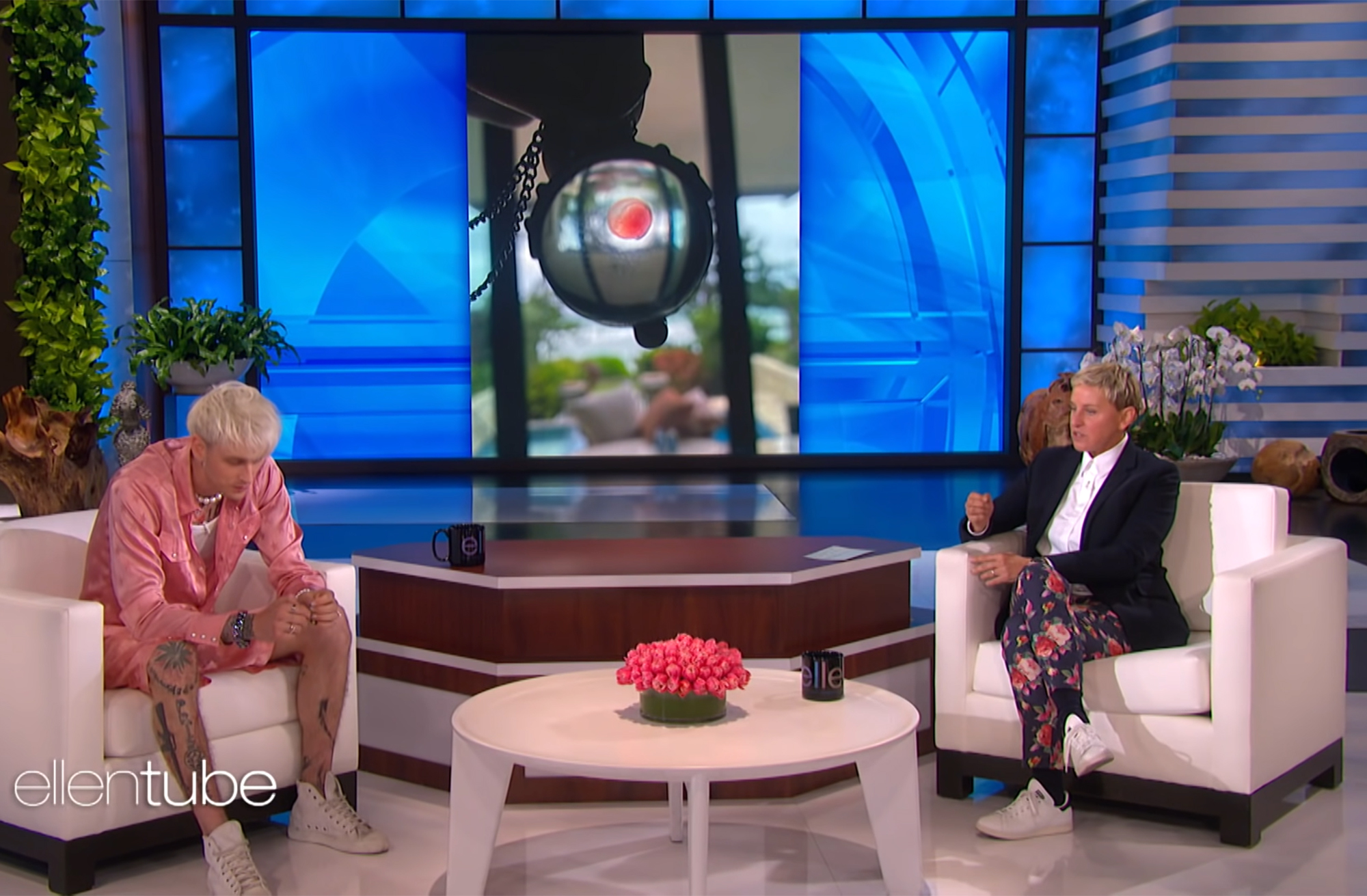 He later revealed on “The Ellen DeGeneres Show” that Fox had given him the vial of blood before she left to film a new movie in Bulgaria because he didn’t have a passport at the time and wouldn’t be able to travel to see the actress.

That wasn’t the only “cringe-worthy” content we saw from the overly-affectionate couple this year. From the numerous times Fox referred to Baker as “Daddy” — most notably while announcing his performance at the VMAs — to claiming that their sex “would make Lucifer clutch his rosary,” the pair gave us plenty to talk about.

Demi Lovato and the froyo incident 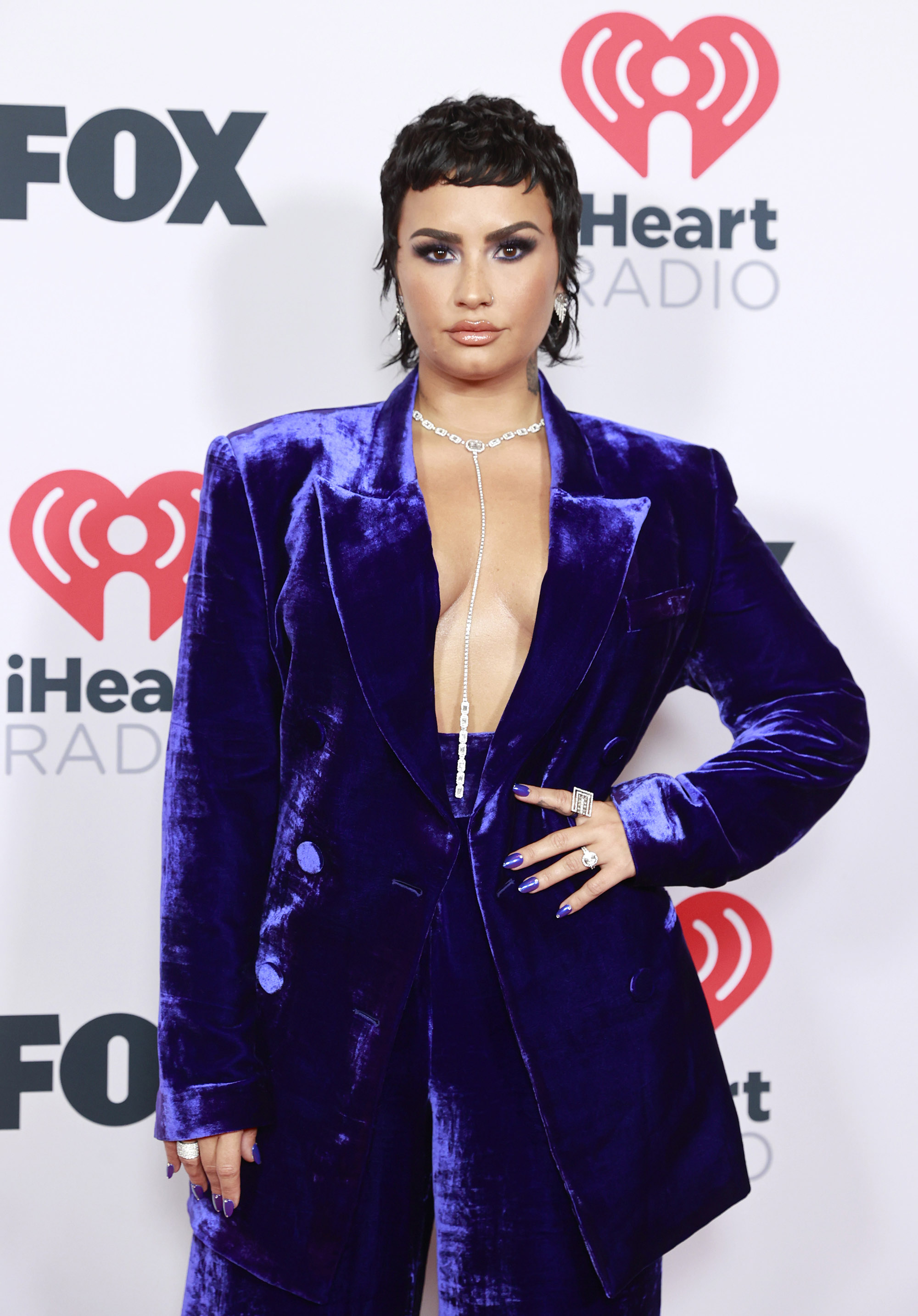 Demi Lovato was not keeping “Cool For the Summer” after starting an online feud with a frozen yogurt shop in LA for “promoting diet culture.”

The singer publicly criticized The Bigg Chill on their Instagram Story to their 120 million followers after a quick trip to get a cold treat went — from her perspective — sideways. 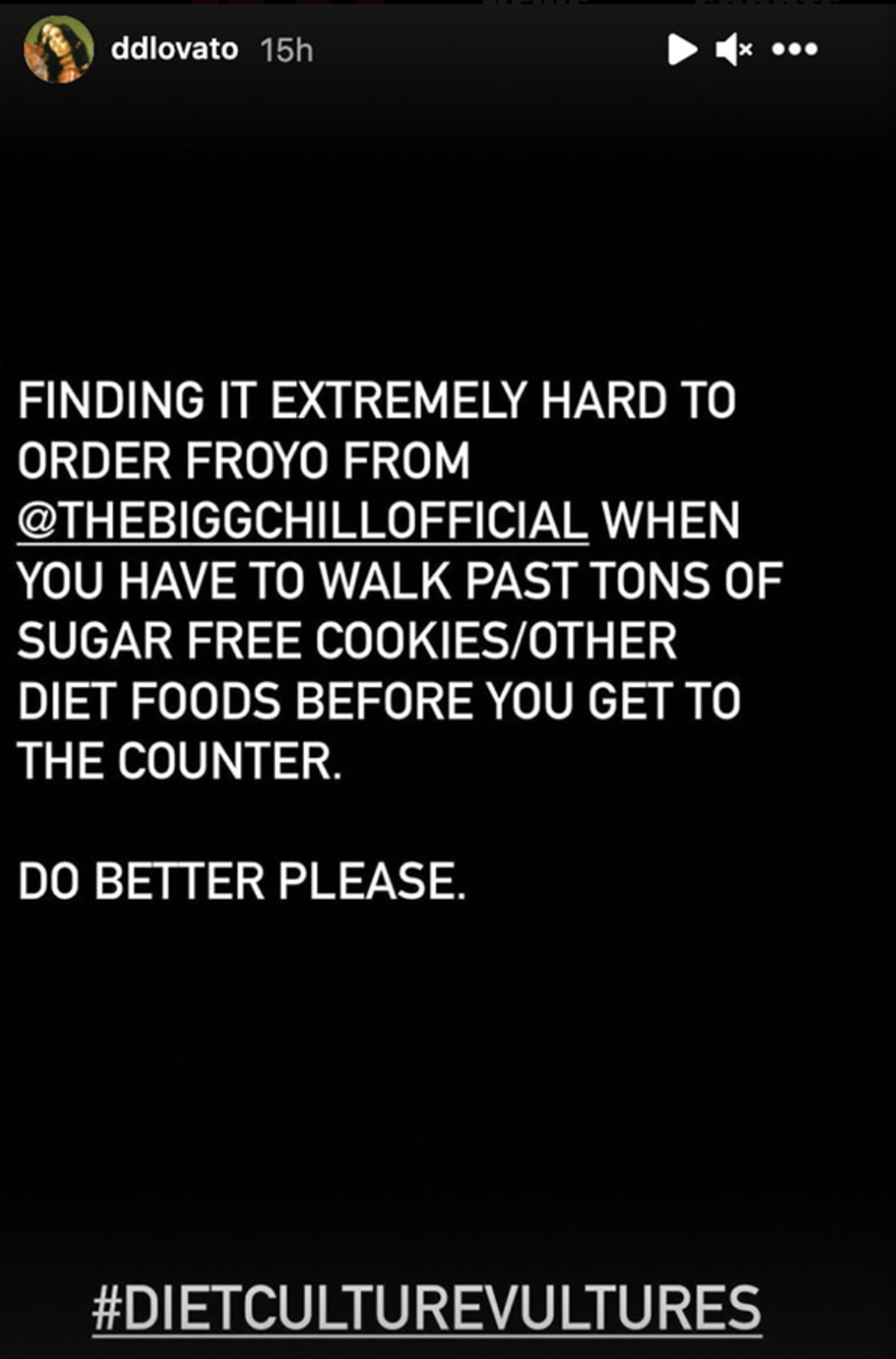 “Finding it extremely hard to order froyo from @thebiggchillofficial when you have to walk past tons of sugar free cookies/other diet foods before you get to the counter,” they wrote on their Instagram Story. “Do better please.”

The shop quickly reached out to Lovato saying they carried these products in order to cater to diabetics, those with celiac disease, and vegans.

Lovato shot back, “I was thinking, maybe it would help if you made it more clear that the sugar free options and vegan options are for that. Labeling the snacks for celiac diabetes or vegans. When it’s not super clear, the messaging gets confusing and being in LA it’s really hard to distinguish diet culture vs. health needs.” 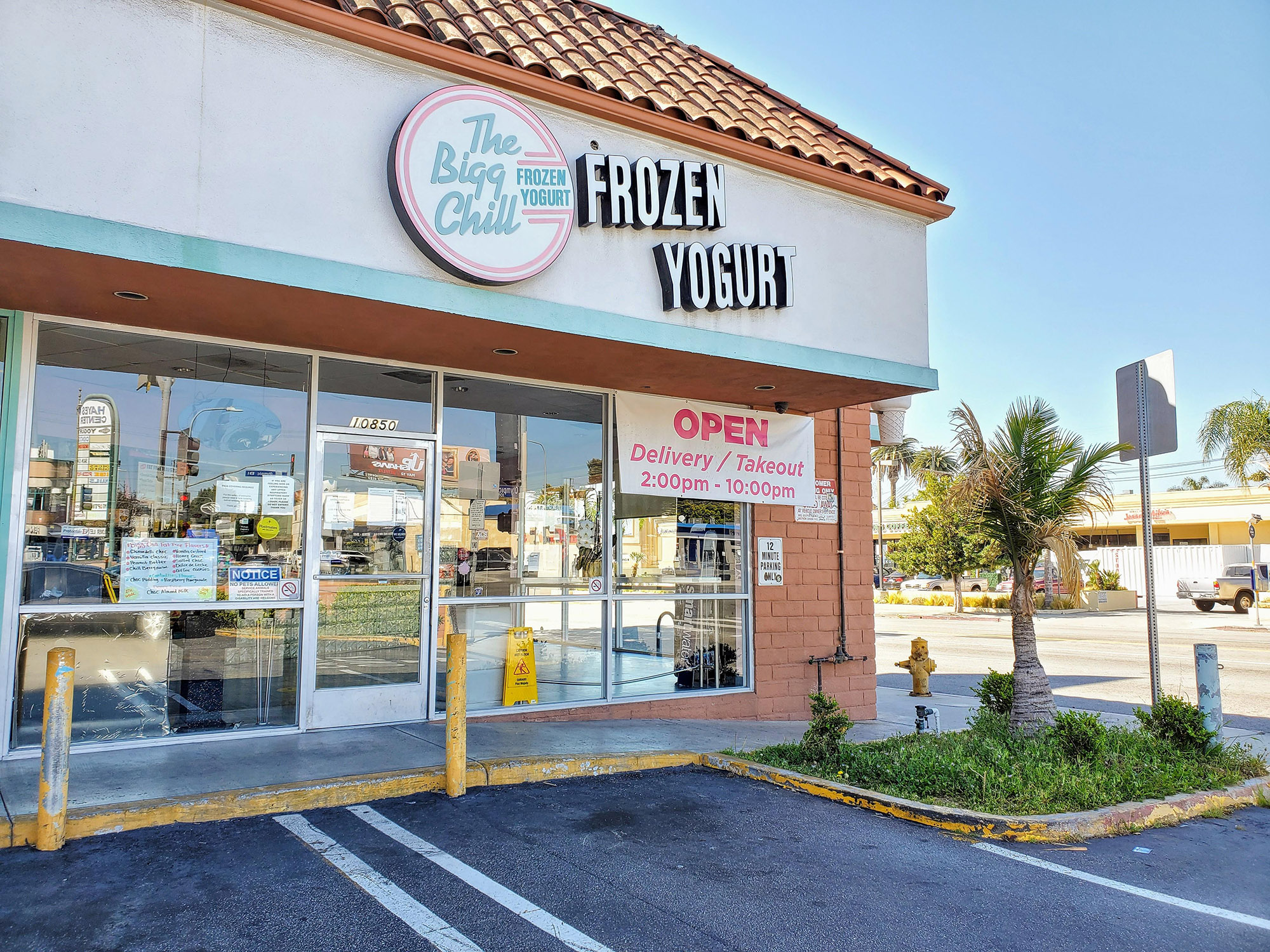 As quickly as the feud began, it was quickly shut down with Lovato admitting they “jumped to conclusions” and probably shouldn’t have gone about it the way that they did.

And all memory of the froyo fracas was erased a couple months later when Lovato made headlines again after saying people need to stop using the offensive term “aliens” when talking about extraterrestrials because it’s a “derogatory term.”

Chris Pratt thanking his wife for giving him a “healthy” baby 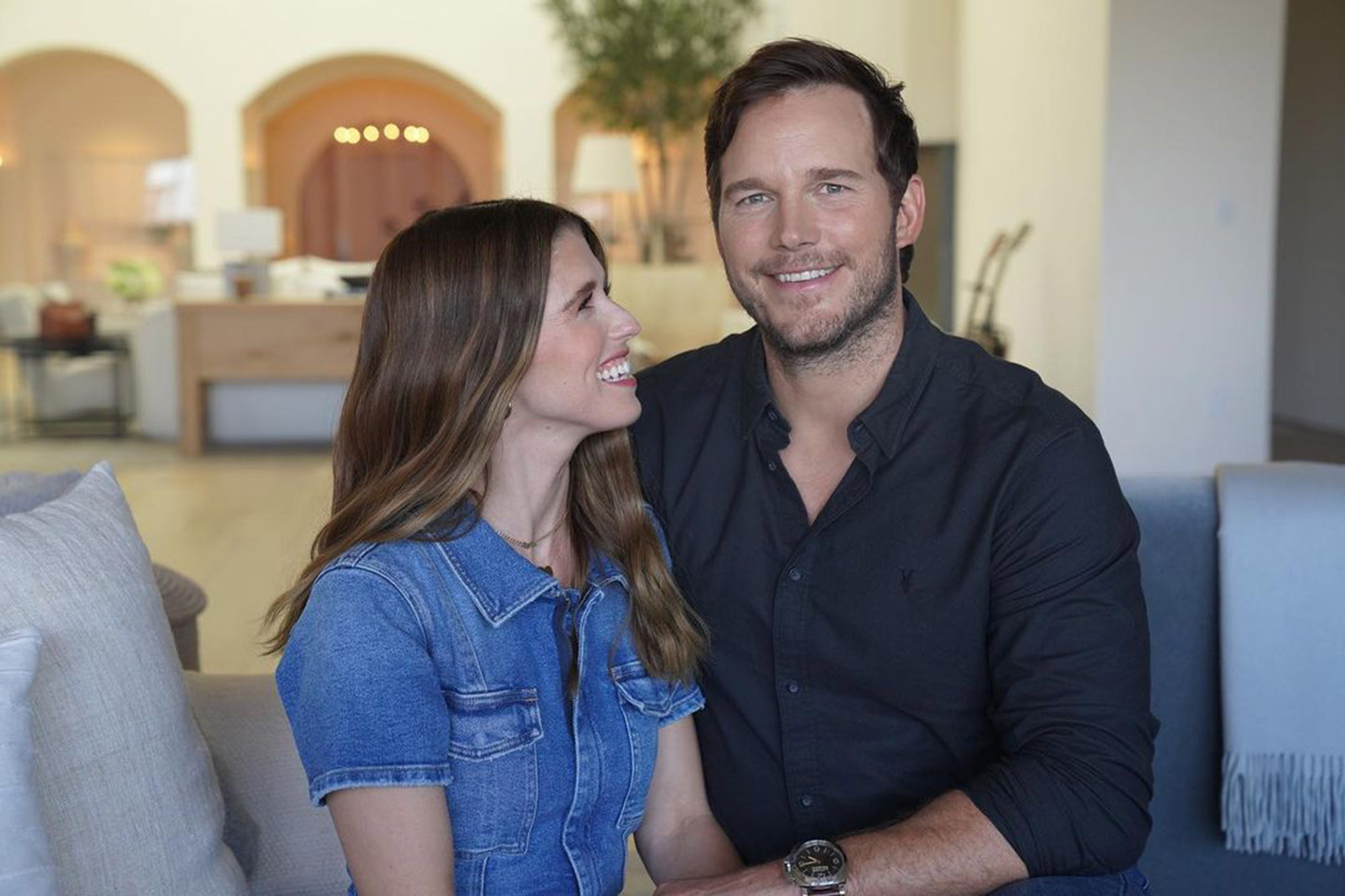 Chris Pratt was called “cringe and vile” after posting a poorly worded birthday tribute to his wife, Katherine Schwarzenegger, on Instagram.

In the post, the “Guardians of The Galaxy” star praised Schwarzenegger for giving him a “healthy daughter,” a remark that didn’t sit well with fans, given that his son with ex-wife Anna Faris has faced serious health issues since he was born. 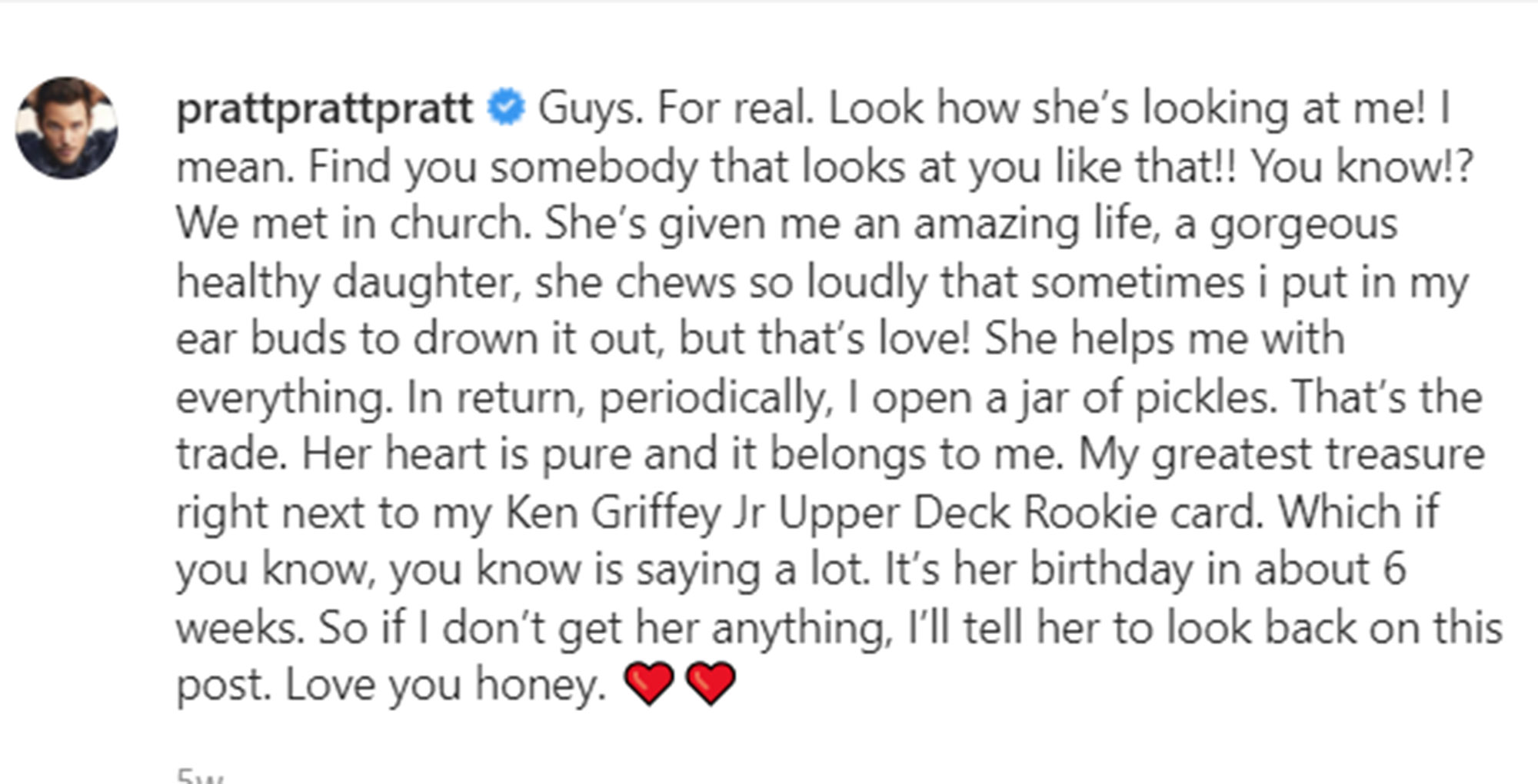 The now-ex-couple’s son, Jack, suffered from a cerebral hemorrhage during birth and has slight physical disabilities because of it.

“I love Chris Pratt, but the ‘healthy daughter’ part is made me wince,” a fan tweeted in response to his post. “Although he may not have meant it as an insult, it sort of came off that way. Imagine how that will make his son feel, if he ever reads it?”

“Chris Pratt is a dick,” another added succintly. 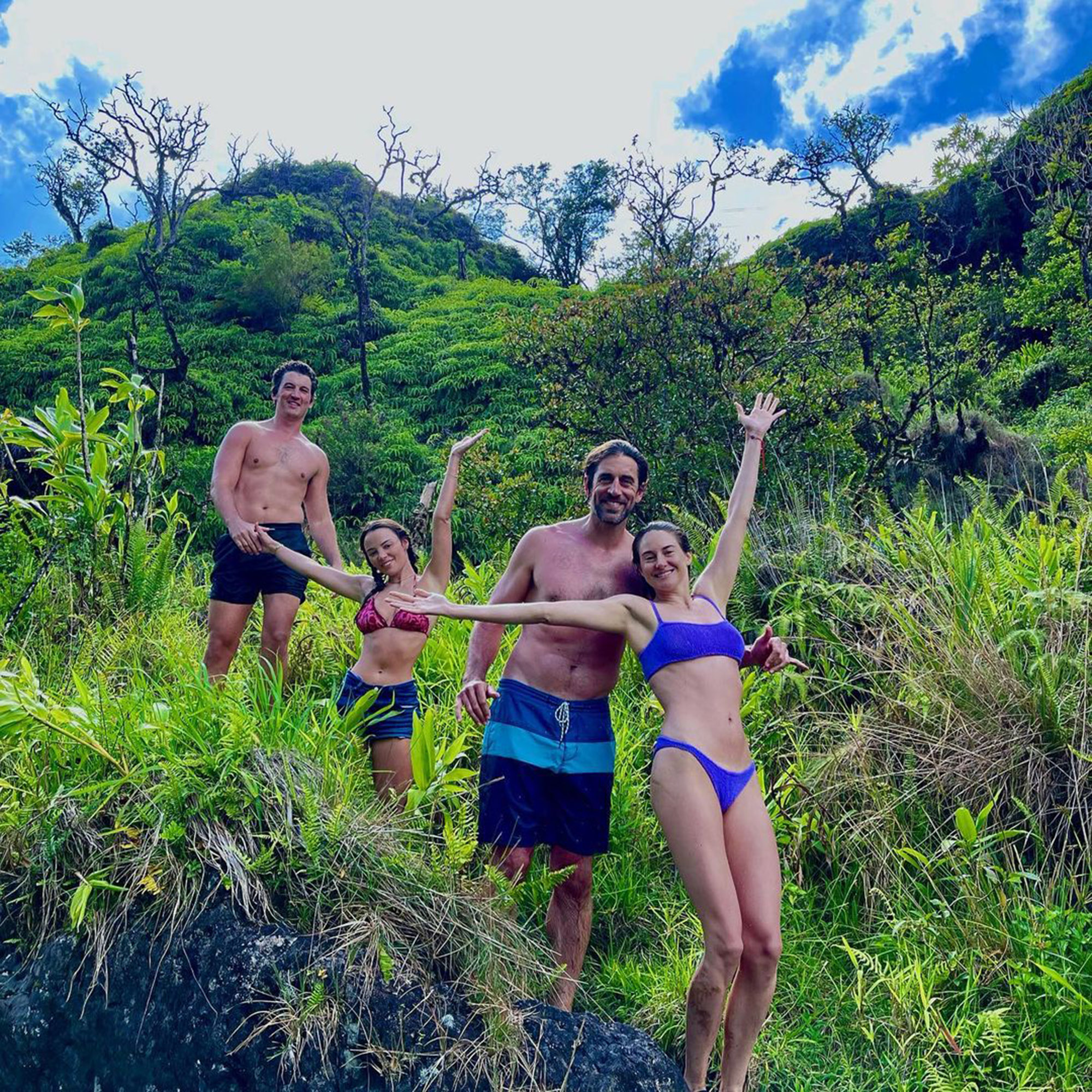 After paparazzi misidentified Woodley’s NFL star fiancé, she took to Instagram to clear the air — while also making space to shame an innocent man.

“i know aaron’s body. VERY well. first off, his feet, ahem and no offense to this rando dude, are a LOT bigger. ;),” wrote Woodley on her Instagram story alongside a screenshot of the misidentified man.

She also commented on the lack of hair on the random man’s hands, writing, “it’s no secret he has the hairiest hands on the f–king planet. this oblivious homie, clearly, does not. (go ahead, zoom in).” 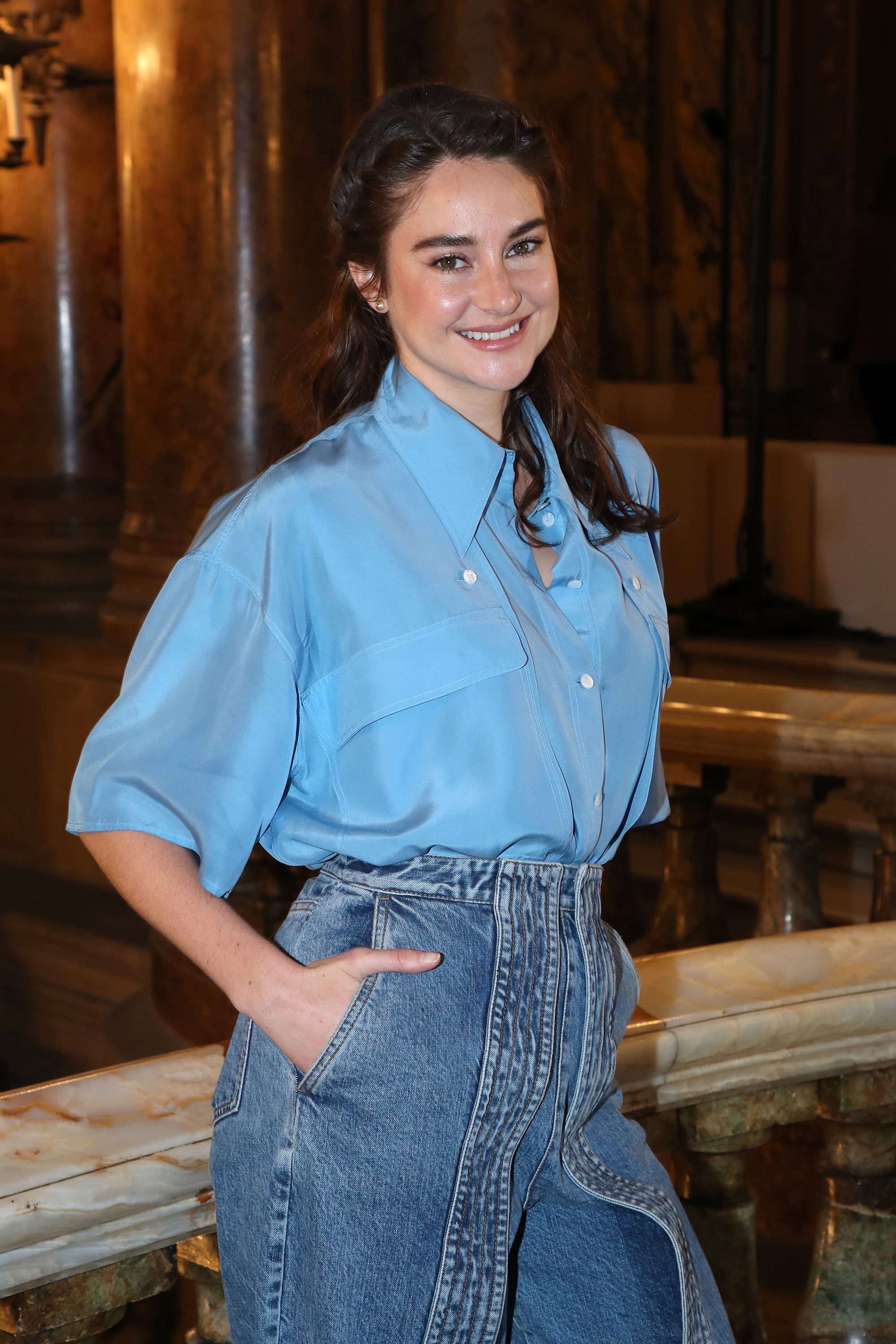 Apparently going after his physicality wasn’t enough, with the “Big Little Lies” star quickly moving on to the man’s car. 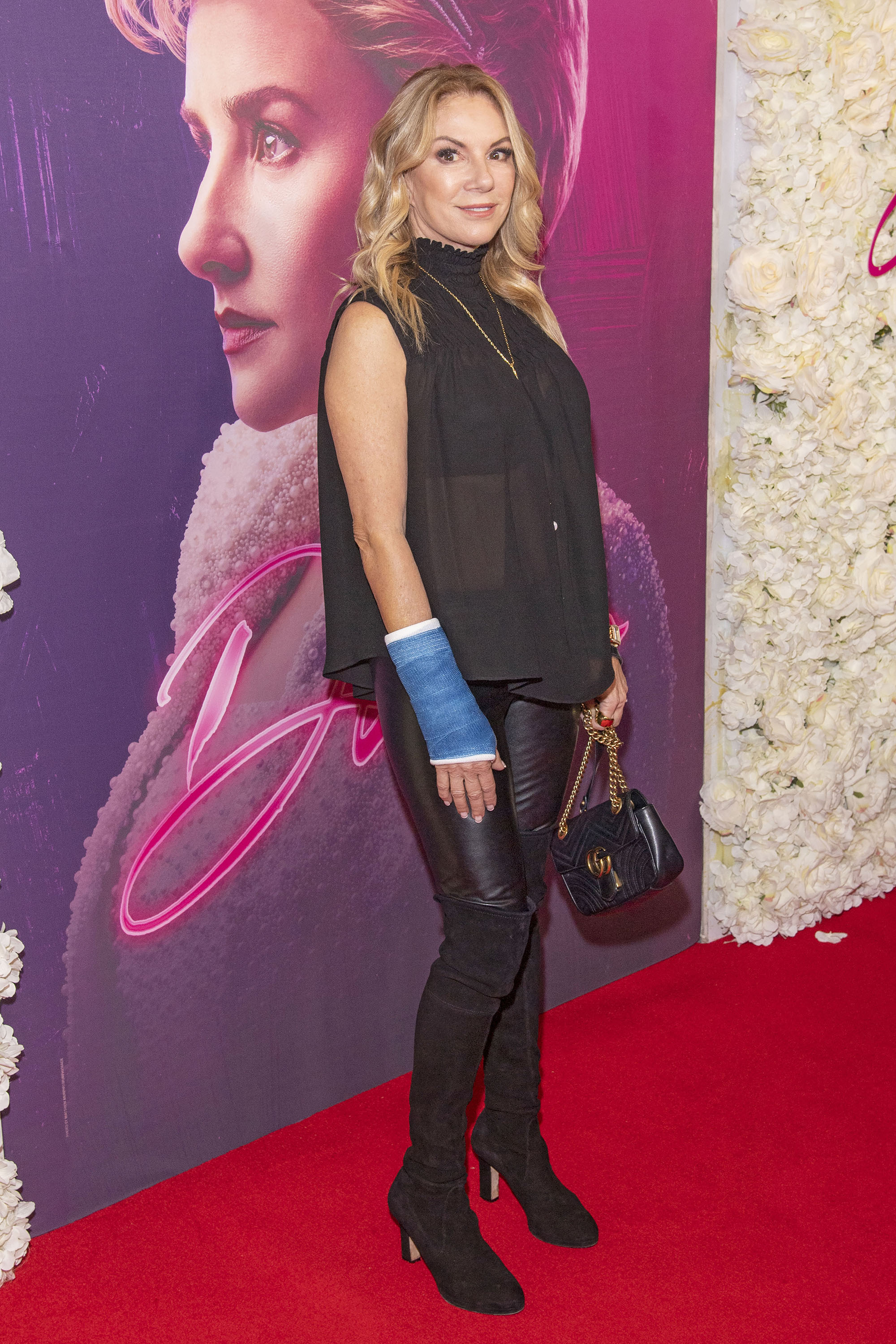 Speaking of royalty, Ramona Singer seemed to think she was the star of the show at the opening of “Diana, The Musical” on Broadway. 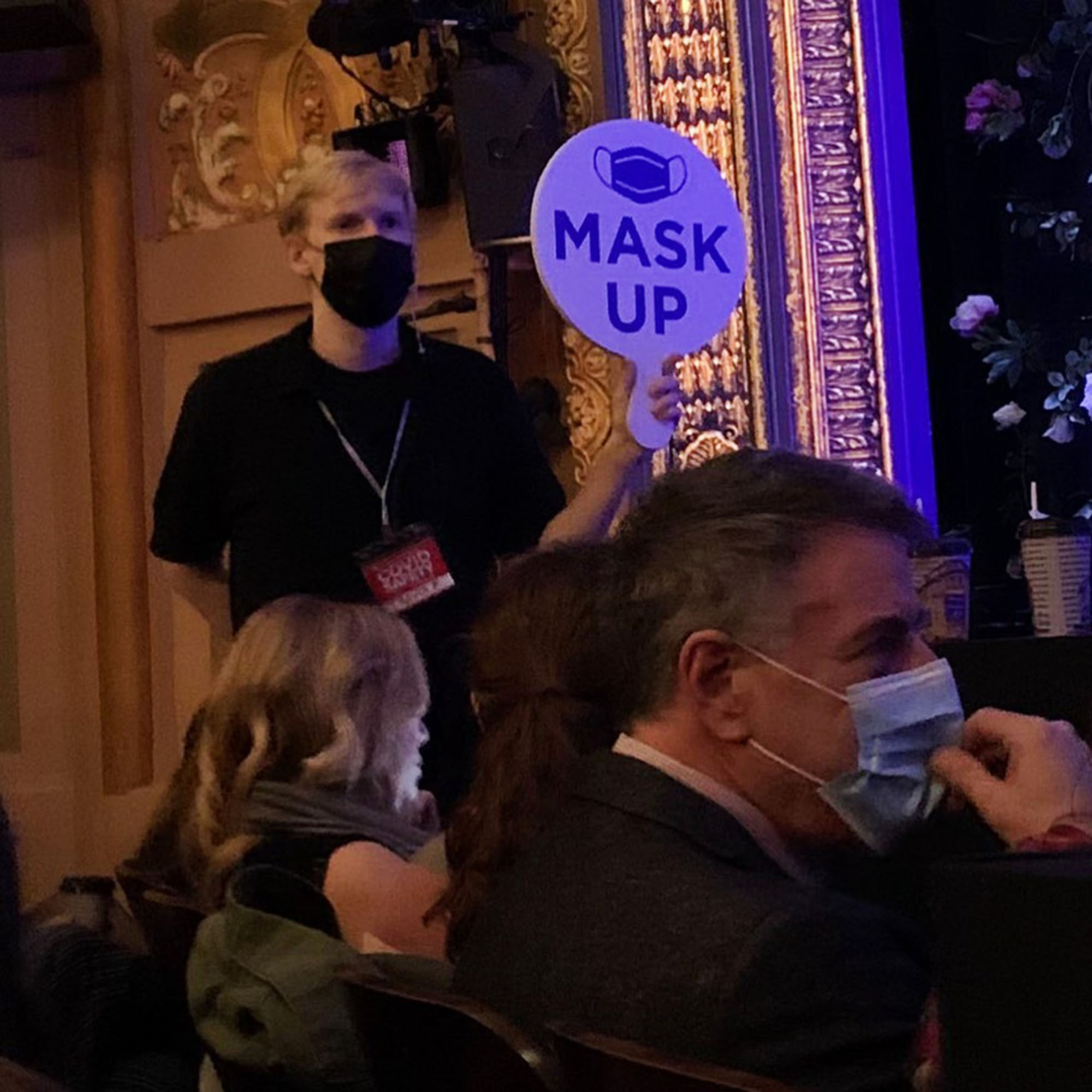 A source told Page Six the second she got to her front-row seat, she set her beverage on the stage as if it was her coffee table. She then seemed shocked as an usher told her to remove her drink, only to place it there again moments later.

But that wasn’t the only cringe-worthy behavior displayed by the “RHONY” star that night. Following intermission — and a refill — Singer didn’t return to her front-row seat until after the first song in the second act, creating a big distraction for the audience. 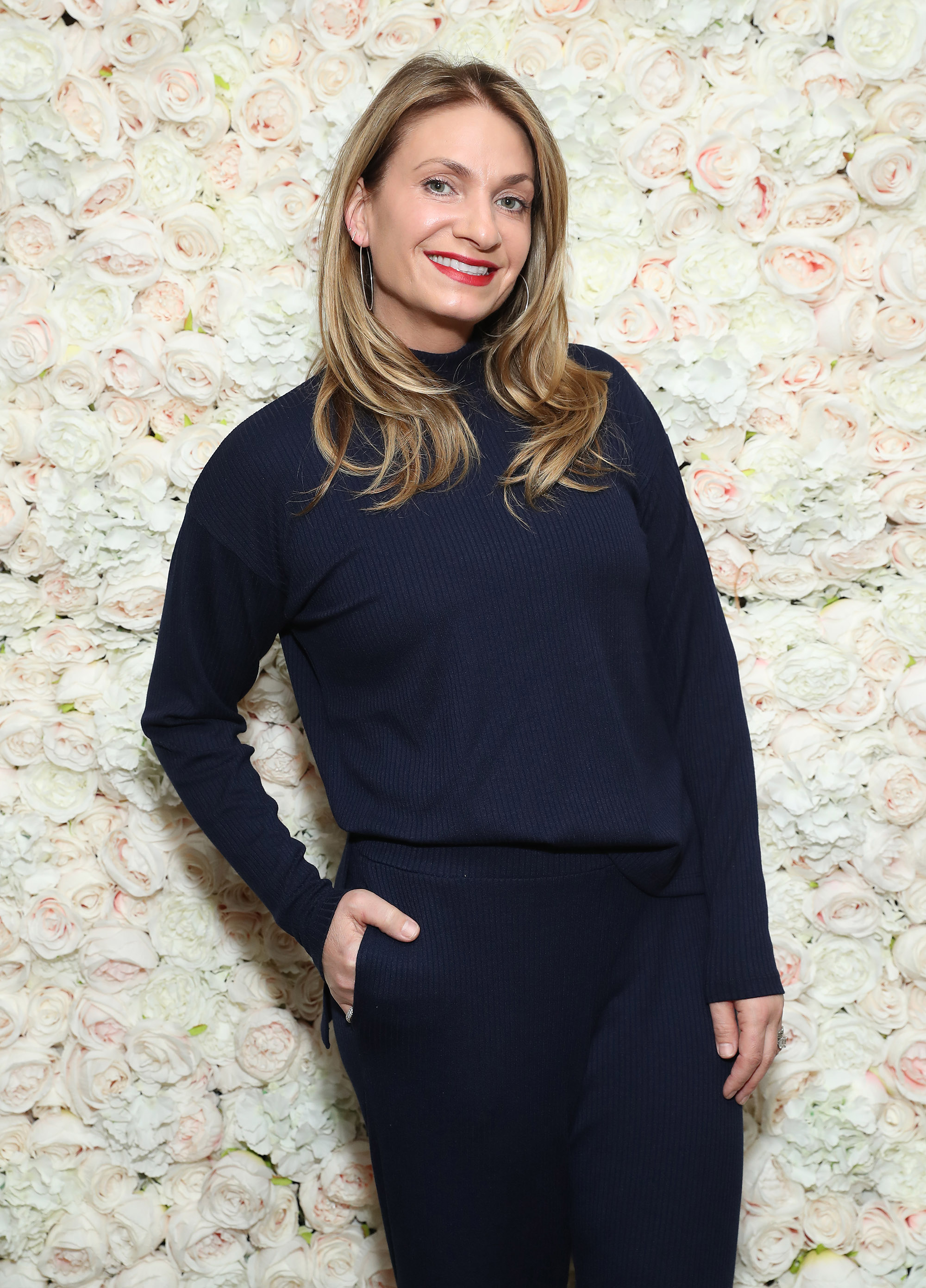 Heather Thomson made some fiery claims about former co-star Sonja Morgan in Dave Quinn’s tell-all book about the “Housewives” world, “Not All Diamonds and Rosé.”

The “RHONY” star said that Morgan allowed men to “put lit cigarettes in her vagina.”

“That’s actually when I turned on Sonja, because I had literally carried that woman home,” Thomson said, recounting the cast’s trip to Atlantic City in 2008. “I had scraped her off carpets. I had taken her out of a vestibule where she was letting guys put lit cigarettes in her vagina.”

Morgan quickly tried to shut down the claims saying “liar, liar, pants on fire,” but a quickly resurfaced YouTube video from March 2019 provided another example of her alleged smoking habits. 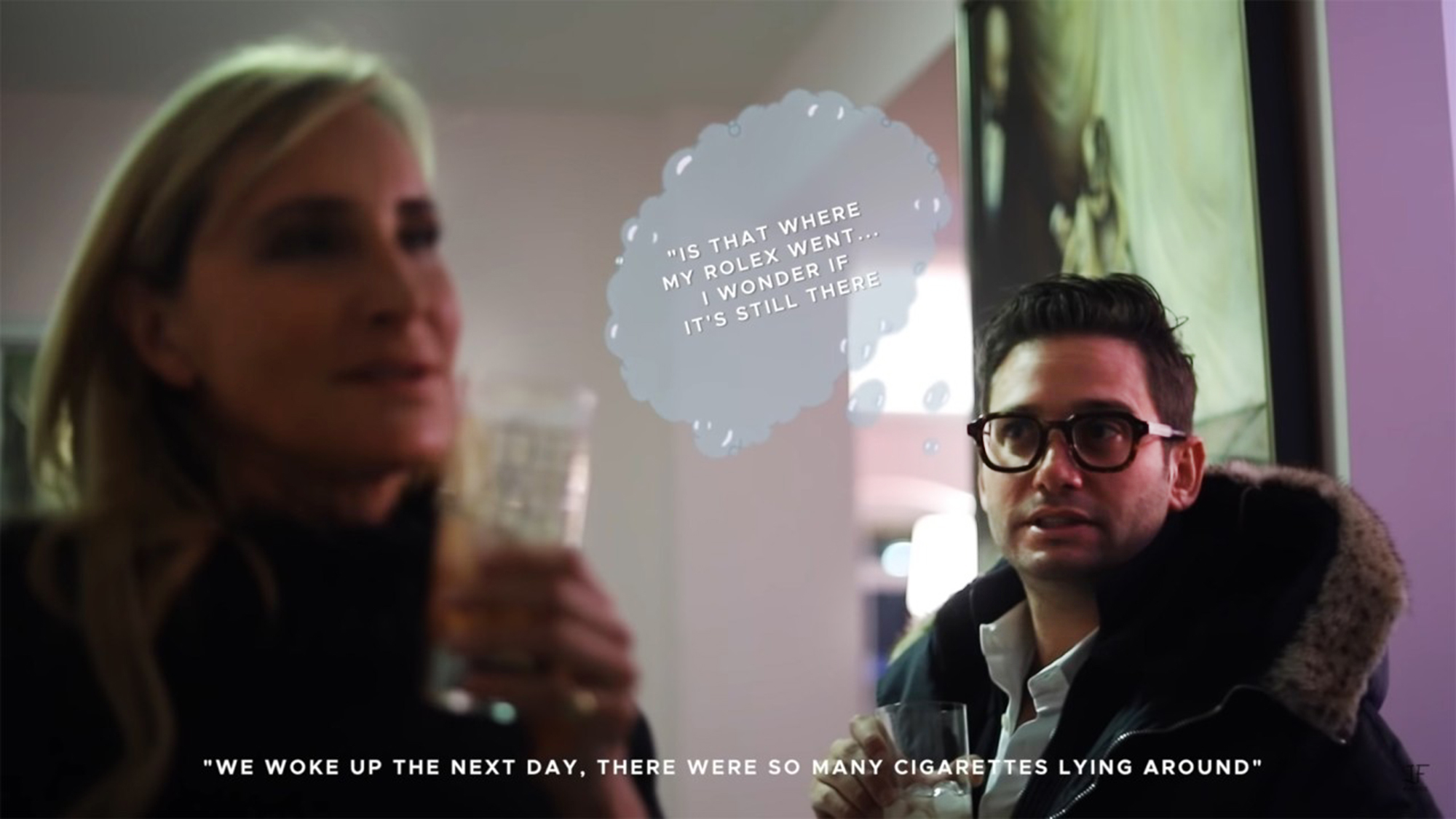 In it, both Morgan and “Million Dollar Listing Los Angeles” star Josh Flagg reminisced about the incident, with Flagg claiming, “I mean literally I stuck a cigarette up her vagina.” 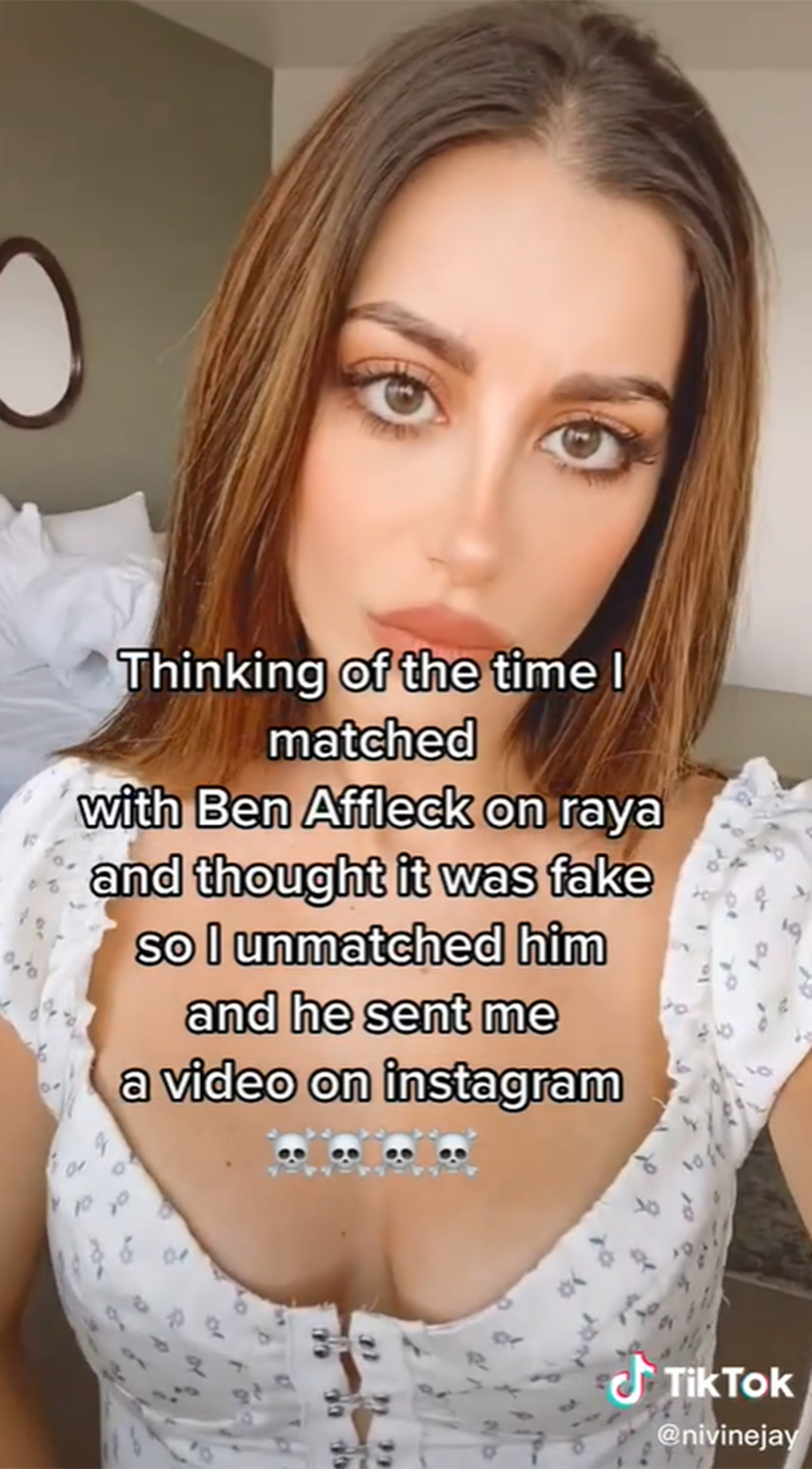 Nivine Jay, whom Affleck matched with Raya, posted a TikTok sharing a private video Affleck had sent her after she unmatched with him, thinking she was being catfished. 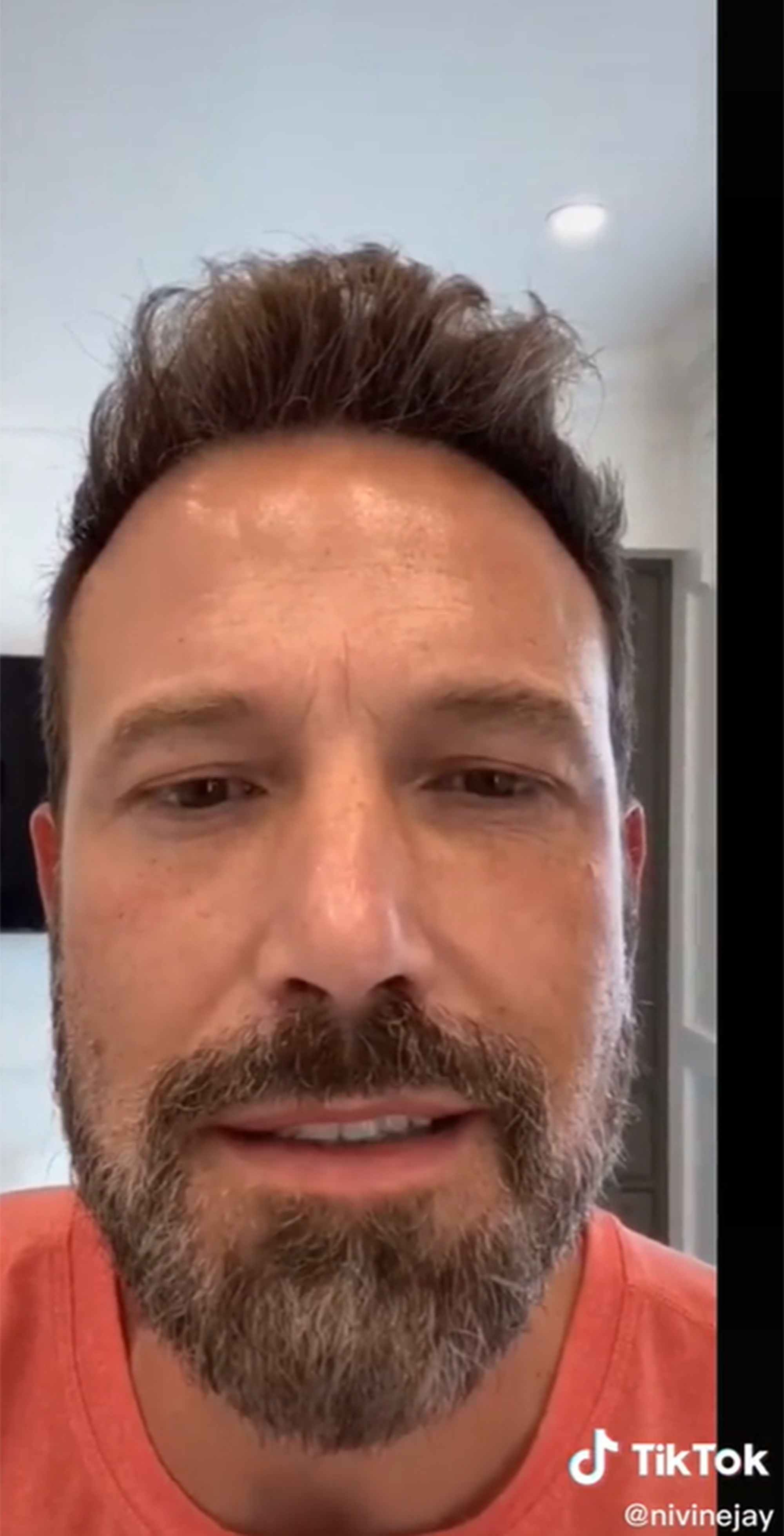 “Nivine, why did you unmatch me?” the actor asked in the clip, showing his face, adding, “It’s me.”

The video left no room to misidentify the Academy Award-winning actor, with his face about an inch away from the camera. The video quickly went viral, racking up nearly 10 million views, with more than 1.5 million comments weighing in on Affleck’s dating tactics. 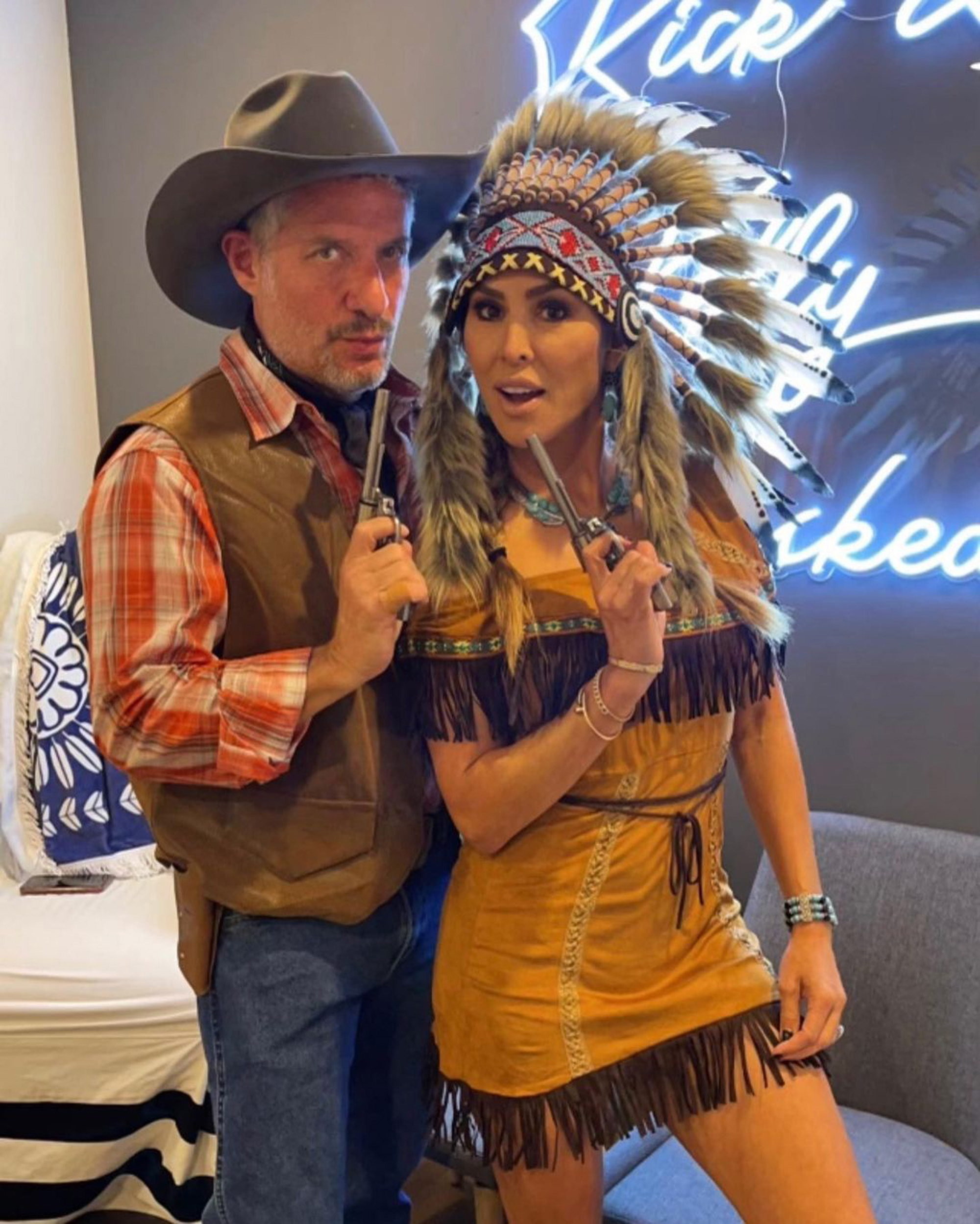 It seems like every year a different celebrity wins the award for “cringiest Halloween costume,” but this year, Kelly Dodd and Rick Leventhal shared the top spot.

The always outspoken couple dressed up as Alec Baldwin — who had accidentally shot and killed a crew member on the set of “Rust” just over a week prior — and a Native American.

The clear cultural appropriation and insensitive thinking behind the costumes even struck a nerve with some of their loyal supporters.

“I always defend you both, but hard to find dressing up as Alec funny when a young woman’s life was cut short and a young boy is now without his mum,” commented one fan on Leventhal’s post at the time. “Really bad taste Rick.” 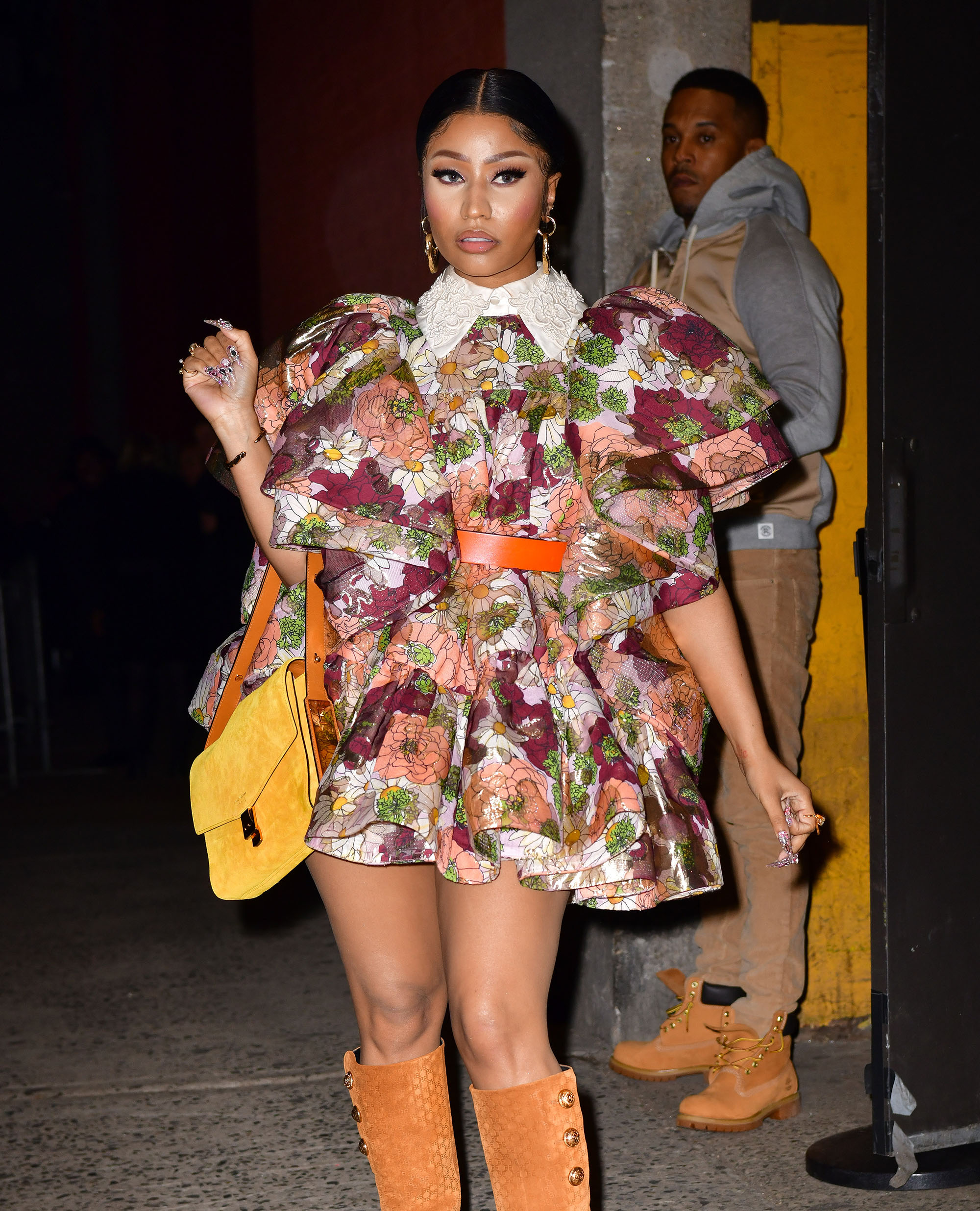 Nicki Minaj took to Twitter in September 2021 to share her thoughts on the COVID-19 vaccine following her absence from that year’s Met Gala, for which a vax mandate was in place. She credited her decision to not get the vaccine to a Trinidadian cousin’s friend who got jabbed and became impotent and experienced testicular swelling subsequently, according to the rap superstar. 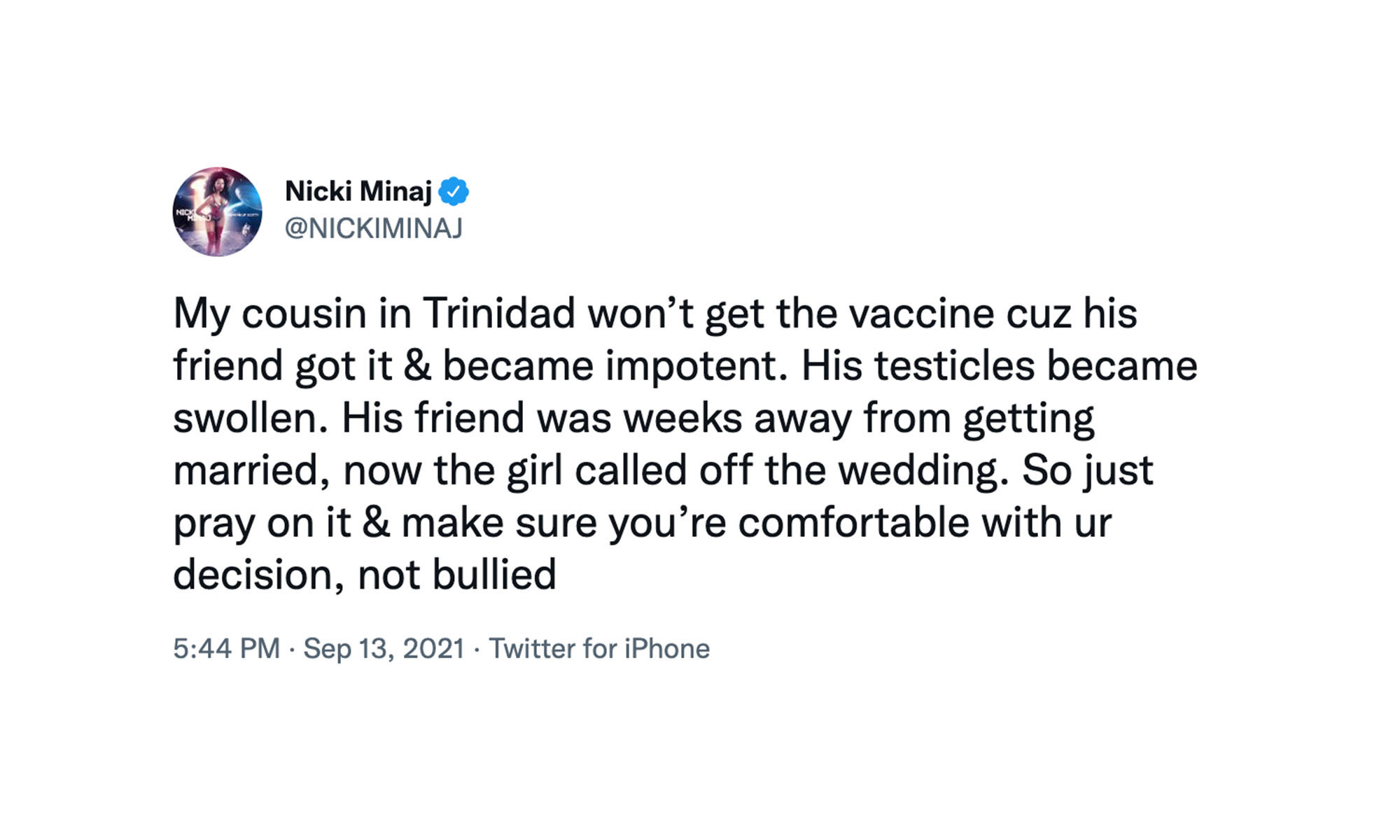 “His friend was weeks away from getting married, now the girl called off the wedding,” Minaj added in a series of tweets. “So just pray on it & make sure you’re comfortable with ur decision, not bullied.”

While Minaj’s decision to share her vaccine hesitancy was ballsy, the response overall didn’t trend positive. Her fans, known as Barbz, urged the “Super Bass” singer to rethink her decision, while most of the rest of Twitter just swapped gifs from that “South Park” episode. 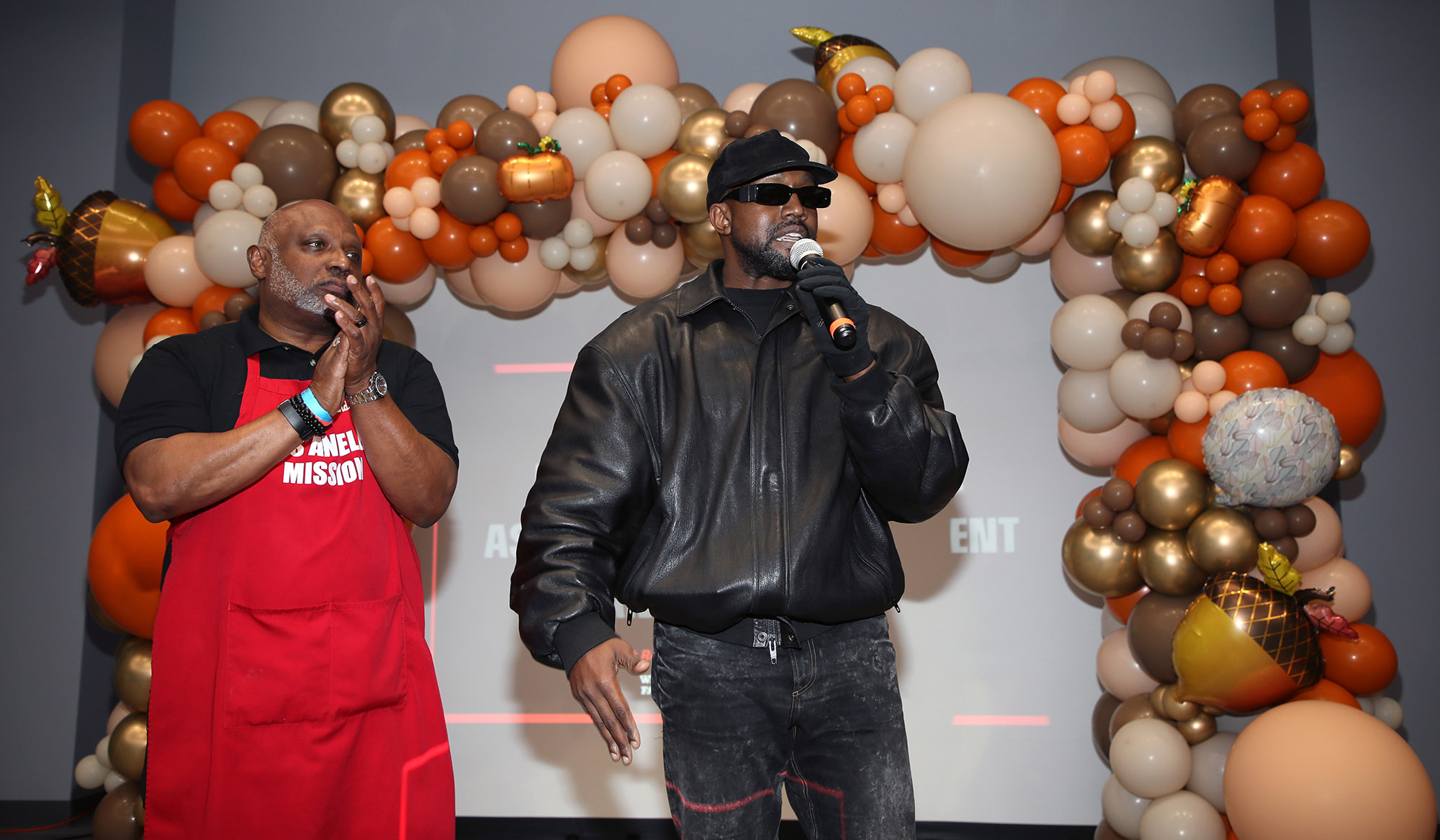 Kanye West probably has a lion’s share of the all-time most cringe celeb moments at this point. In 2021, following his split from wife Kim Kardashian, West has taken multiple opportunities to proclaim that he wants her back — including dedicating a speech at Skid Row, of all places, to his estranged wife.

The rapper visited Downtown Los Angeles’ infamous neighborhood on Thanksgiving to, ostensibly, give back to the community there and meet with the LA Mission’s CEO, the Rev. Troy Vaughn. But things took a turn when West went on a lengthy rant about how God wants him back with Kardashian.

Even grading on a Kanye curve, a billionaire telling one of the largest unhoused populations in the US that God would reconcile him with his estranged billionaire ex-wife to help their cause was … a bit much.

Wendy Williams simultaneously burping and farting while on air 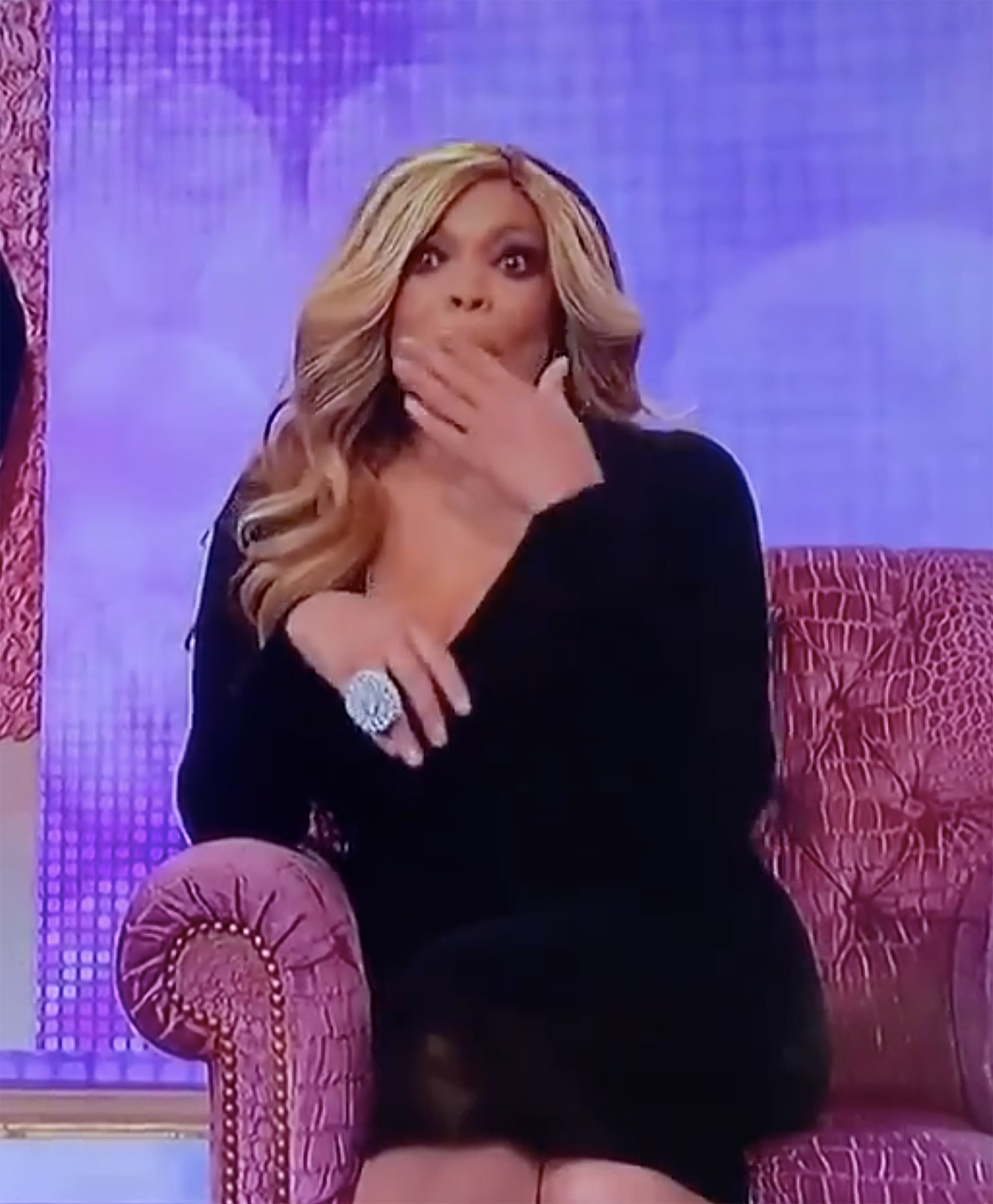 Wendy Williams gave new meaning to “breaking news” on “The Wendy Williams Show” when she let loose with a burp and fart combo on-air.

The talk show host was describing Kim Kardashian and Kanye West’s divorce when she and the audience were caught off-guard by the host’s double-whammy.

The show’s audio feed was briefly interrupted as Williams burped, and then a second later passed gas, with the microphones catching both sounds.

As the crowd gasped, Williams offered a quick apology, saying, “I apologize, I apologize,” before quickly moving on.