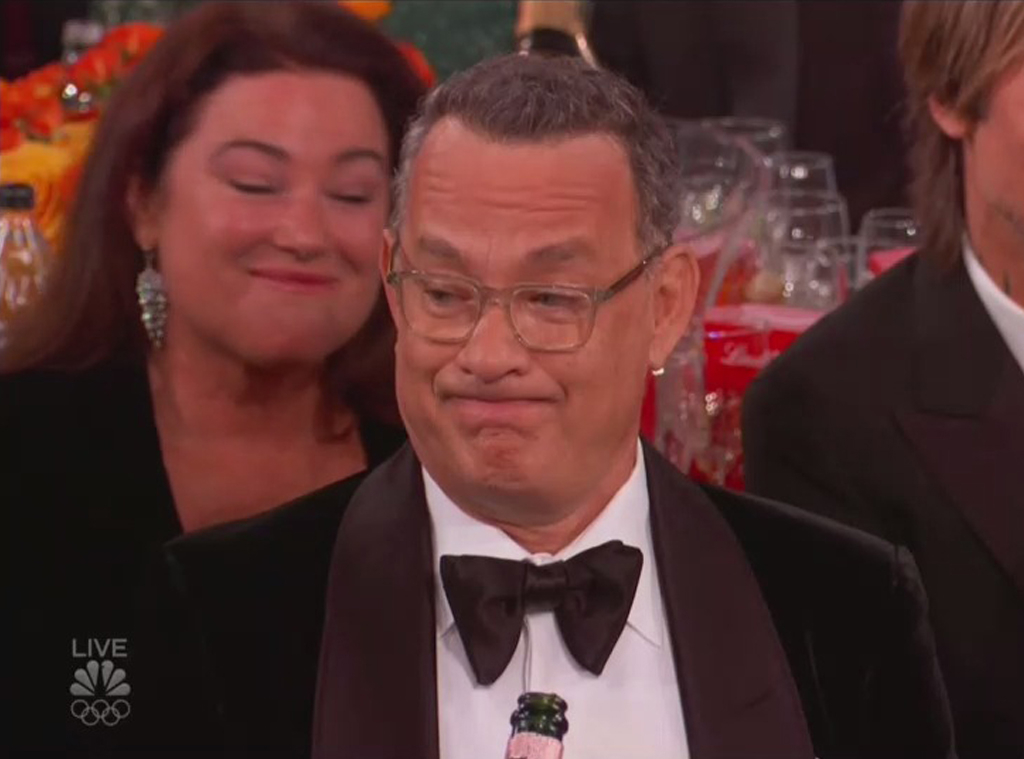 Well, someone was not a fan of Ricky Gervais‘ opening monologue.

At the 2020 Golden Globes, Gervais opened the ceremony with a set that skewered Hollywood and referenced plenty of controversy over the past year.

The always-cheeky comedian’s set got nervous laughter after he did a bit saying everyone in the room should be worried about Ronan Farrow, the journalist most known for his reporting on the Harvey Weinstein. But, the host didn’t stop there.

“It was a big year for pedophile movies. Surviving R. Kelly, Leaving Neverland, The Two Popes,” the comedian joked. The camera then cut to America’s favorite actor, Tom Hanks, who did NOT seem to feel comfortable.

This is now Gervais’ fifth time hosting the Golden Globes, and any follower of his comedy knows he is one to push buttons, but Hanks’ face was still an early highlight of the night.

Hanks should be smiling soon, though, since he will be receiving the Cecil B. DeMille award later tonight and may also take home a Golden Globes trophy for his work on A Beautiful Day in the Neighborhood.

As for what other reactions Gervais will get out of Hollywood’s finest?

We’ll just have to keep tuning in to see!