A top fashion photographer is lifting the lid on some of New York’s most high-profile drag queens and kings in a new book – via stylish black-and-white portraiture.

Offering a rare insight into how the flamboyantly-dressed performers behind the wigs, heels and make-up really feel on stage, Gregory Kramer’s book also features essays from men and women who’ve been working New York’s hard-to-please crowds for decades.

The snapper persuaded 50 artists, often styling their own looks, to pose for the new book and says shooting it was a year of ‘slipping heels on’, ‘sweeping up rhinestones’, ‘wigging’ and lots and lots of waiting while the performers perfected their looks. 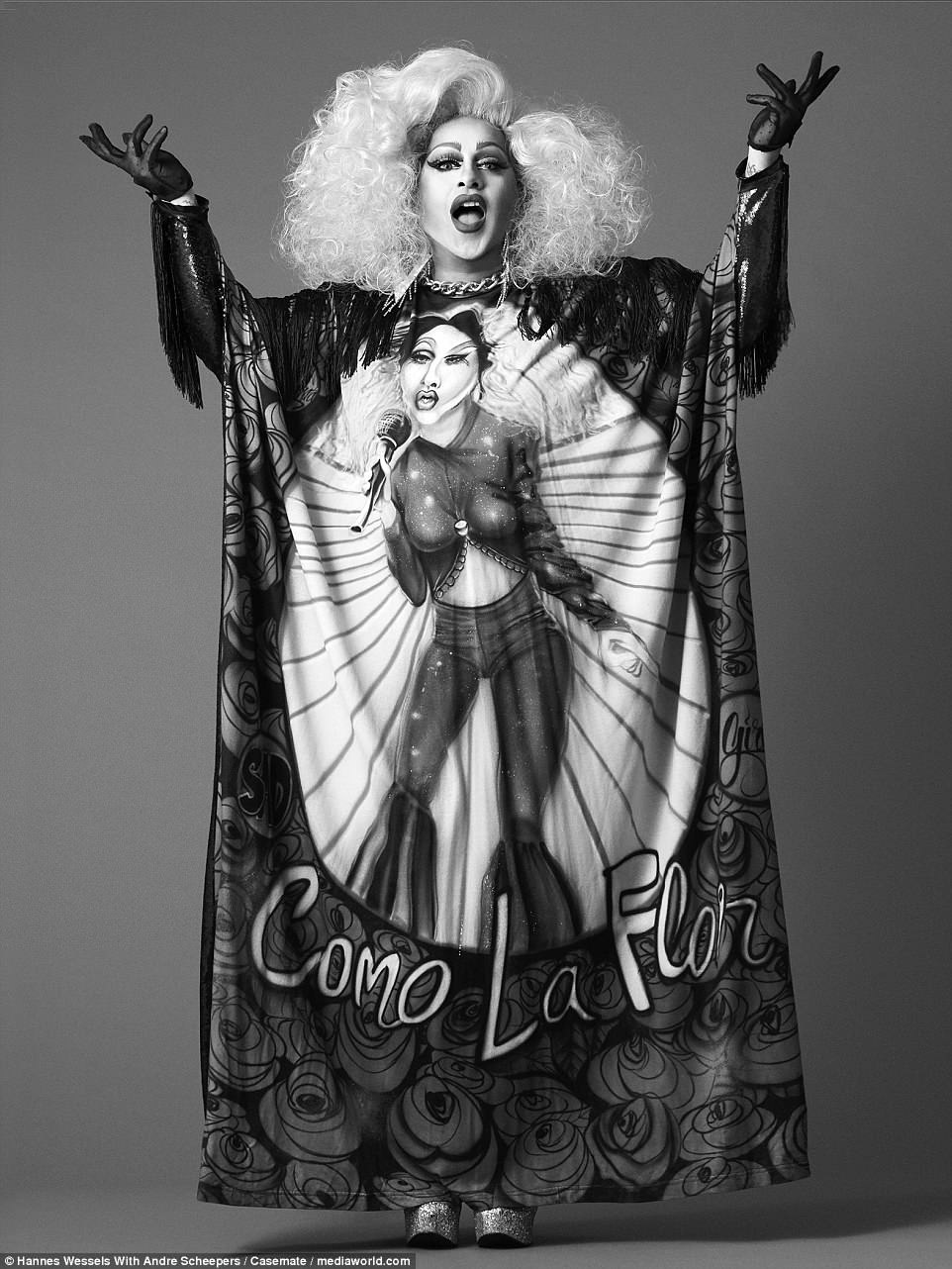 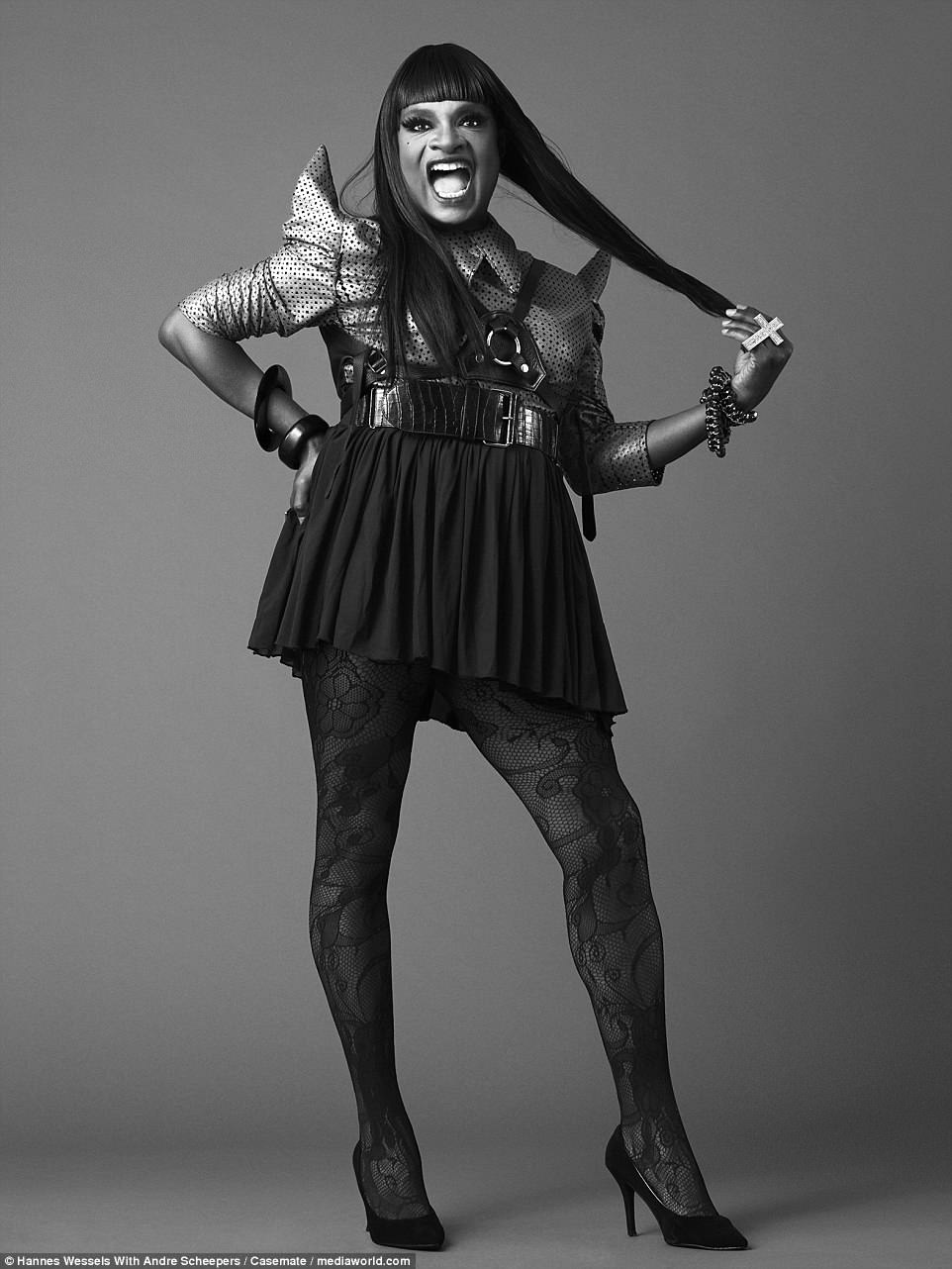 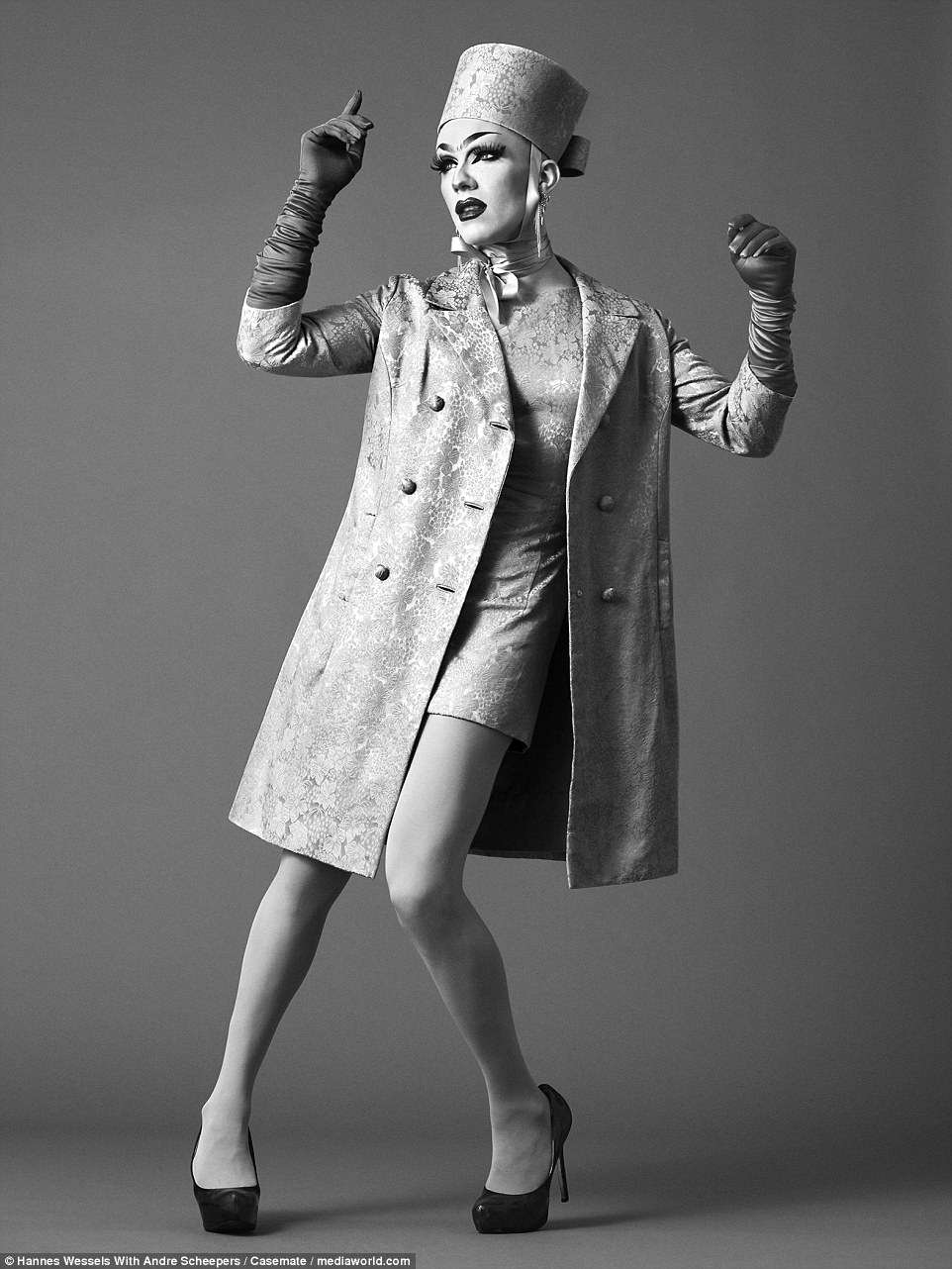 Many of the performers styled their own shots…and Kramer admits that they was lots of time spent ‘re-shooting, editing, sweeping up rhinestones, boa feathers and such, searching for lost luggage, waiting* waiting… and more waiting’ 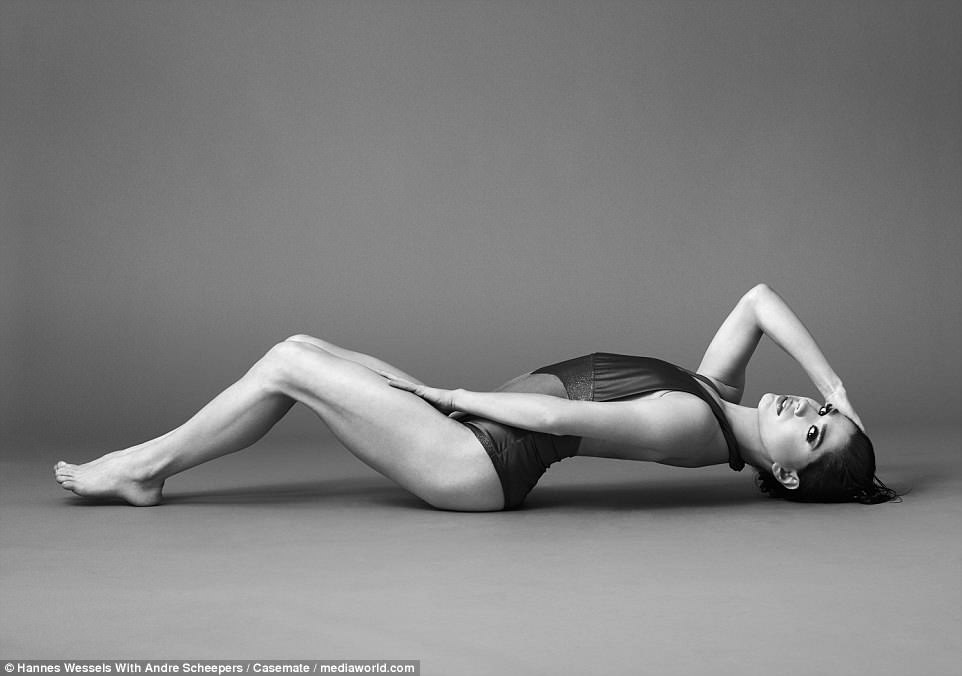 The book aims to expose the spectrum of artistry, ranging from ‘wonderfully defiant clowns’ to artists that go for a more ‘naturalistic, beautiful’ approach

Bollywood, dahling! The diversity of New York’s nightlife is showcased in the book, with one artist taking on an Indian theme, while another goes all-out for theatrical dress in this tight-fitting dress with conical breast plates, a la Madonna’s iconic Jean Paul Gaultier bra 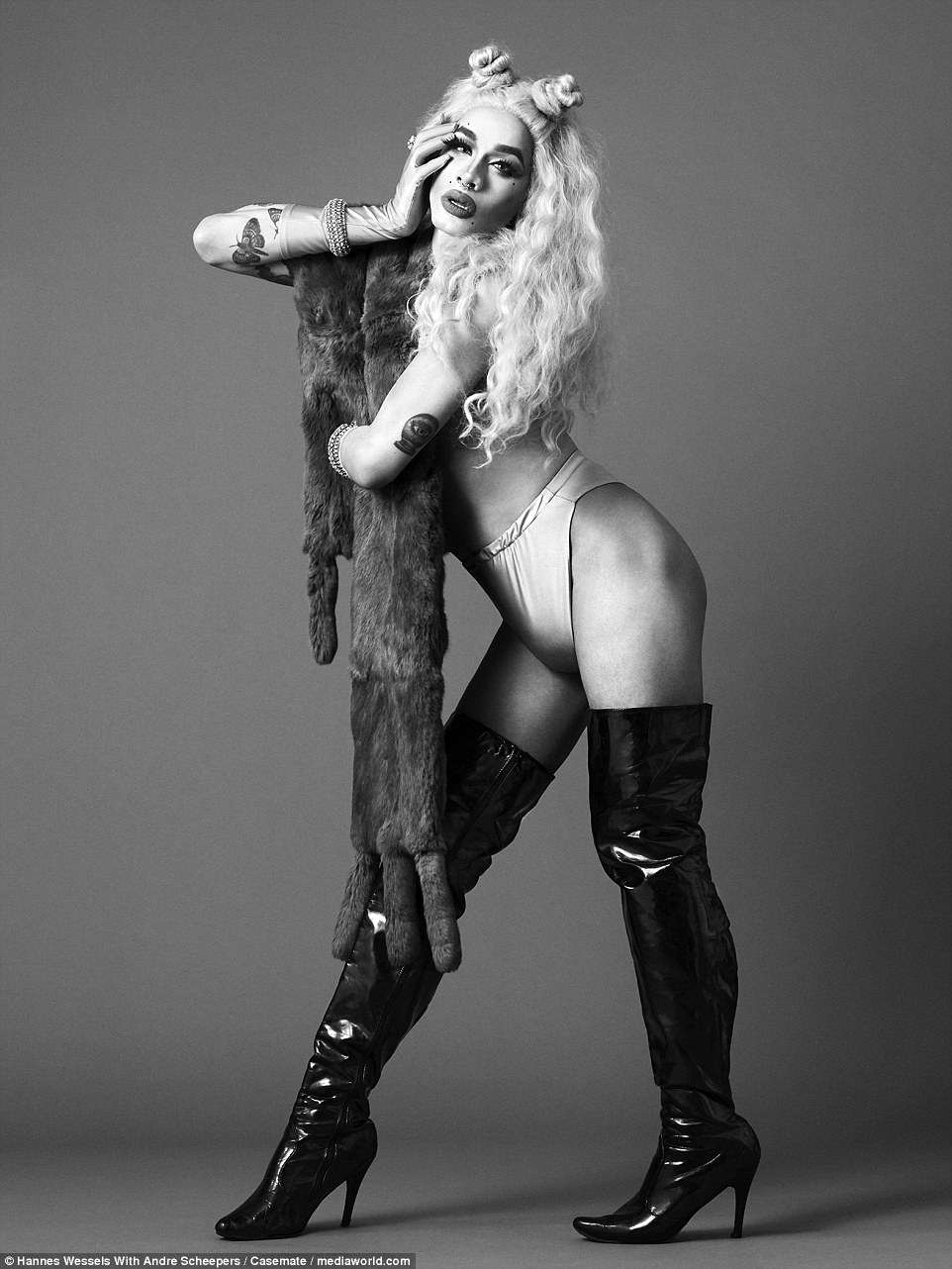 Strike a pose: Many of the queens featured in the book styled themselves for the carefully-crafted images

Some of the names featured from the modern world of drag include Duelling Bankheads, Peppermint, Murray Hill, Linda Simpson, Sugga Pie Koko, Sherry Vine, Flawless Sabrina, Sweetie, Pearl Harbor, Sultana, Flotilla DeBarge and Dusty Ray Bottoms, with each King or Queen authoring their own look for the photo shoot.

And Kramer, who 12 months collating the photographs from the book, says it was no easy ride to bring together some of the most prolific drag artists in the US together. Glad rags…but the book raises issues over how drag kings and queens are perceived by society, with one artist saying that he’s ‘bristled’ in the past at being called ‘a drag queen’ for fear of not being taken seriously 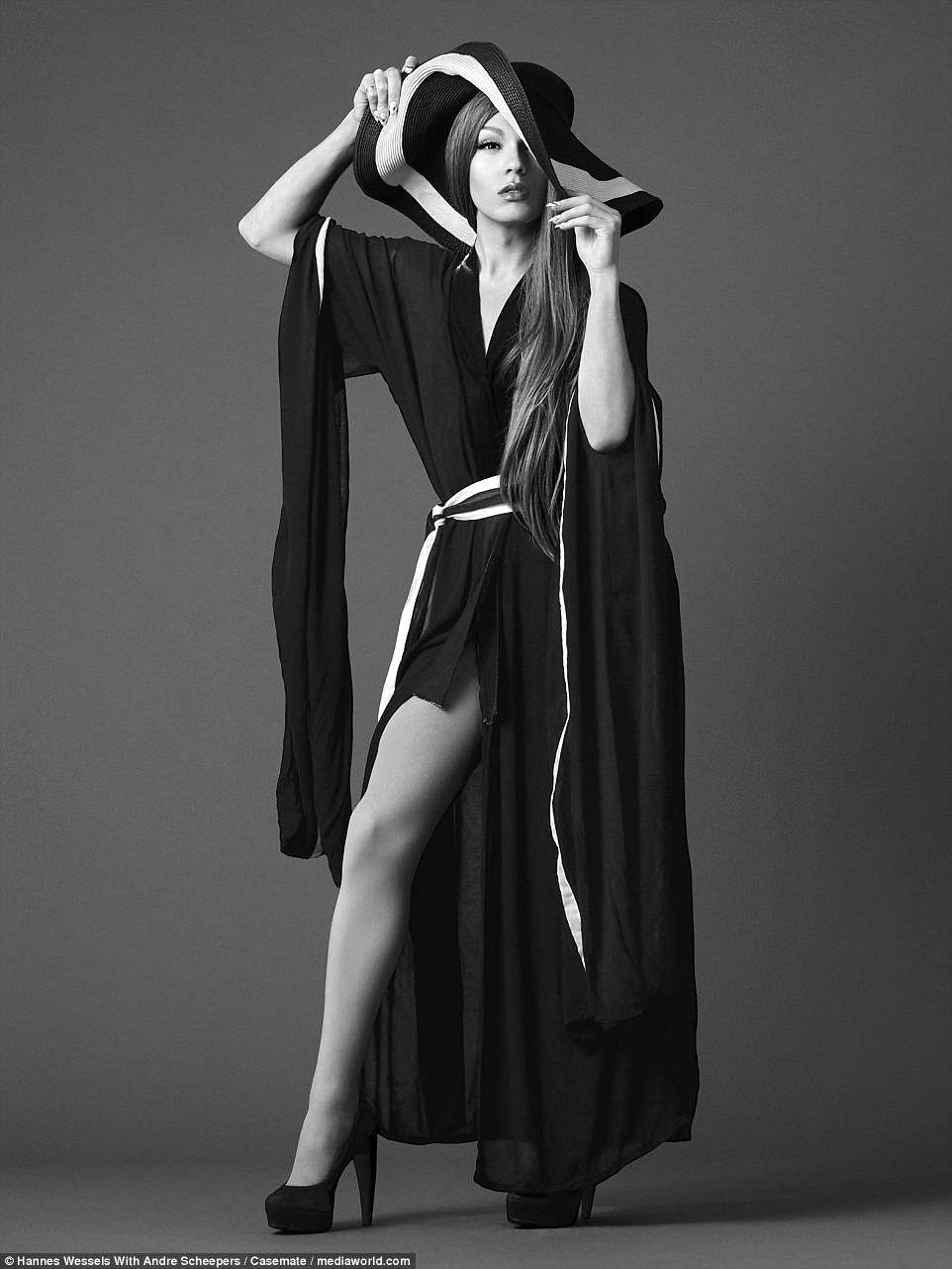 Work it! Gregory Kramer revealed that he spent hours persuading the kings and queens of NYC to appear 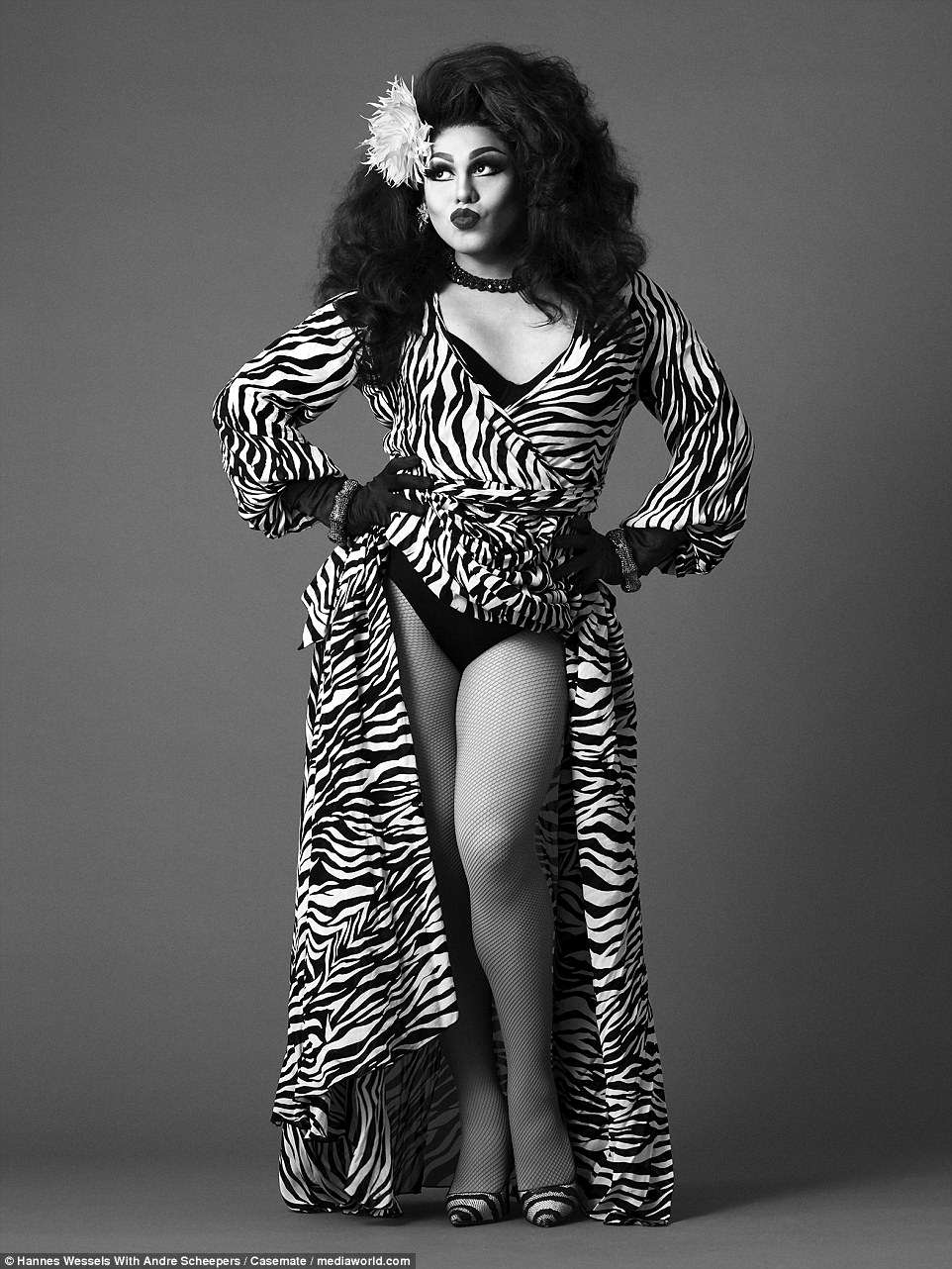 Stripes! This drag artist throw out a strong pout and plenty of sass in a revealing Zebra-print frock with matching heels 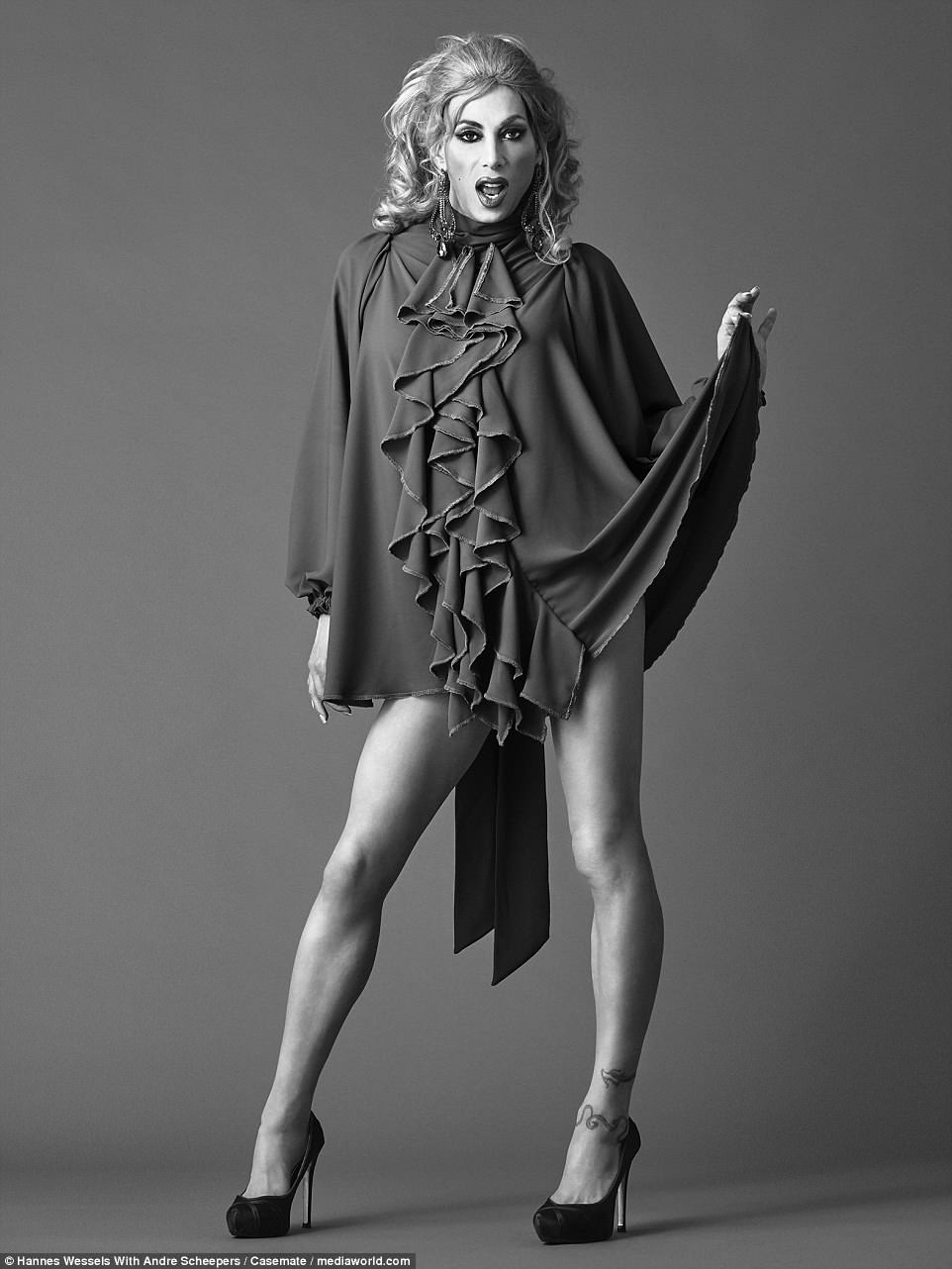 The Ali Forney Center, a New York based not-for-profit organisation, will benefit from the money raised from sales of the book

The book also features reflections from some of the performers photographed on what it means to be a drag act.

One of these is from Charles Busch, who writes: ‘For the past forty years, I’ve earned my living as a drag artist. If I had a dollar for every time I’ve had to explain what drag means to me, I’d have enough scratch to pay for a gown made of solid diamonds.

‘Performers of my generation and the ones preceding me have bristled at being labelled ‘drag queens.’

‘We felt it was patronising and denied us the dignity of being simply accepted as entertainers or actors.

‘My younger colleagues today celebrate that term. Being a drag queen is a source of pride. I wanted to be taken seriously as a playwright and actor, so I felt it necessary to clearly differentiate what I did on stage with who I was off stage.

Flying high: One artist poses in a sparkling one-piece suit, with a string of star-shaped balloons. Right: This queen took inspiration from the swinging Sixties with a Mary Quant-style design and striking make-up 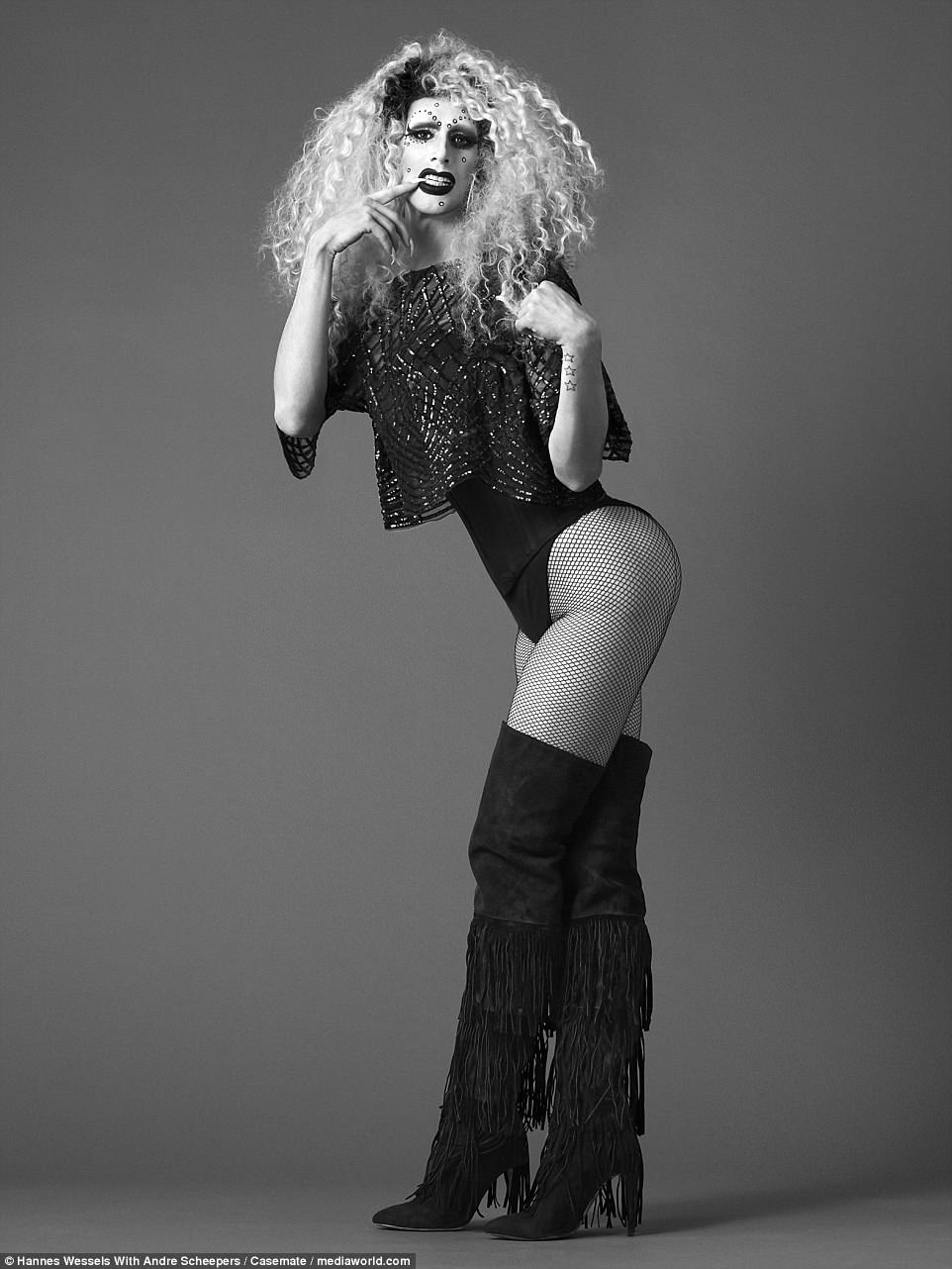 Retro! An Eighties theme dominated this shoot, with fishnets and thigh-high boots stealing the show from a dramatic blonde perm

To be referred to as a drag queen implied that I wasn’t a professional, that I was a fringe personality who dressed in outrageous drag as a lifestyle choice.

‘However, lately I’ve come to see that it’s not so clear cut. I’ve used drag as a creative starting point for so many years, it has to come from a profound place within me.

‘Drag for many men is a reaction to the constrictions of traditional masculinity. Therefore, many men create characters who are sexual outlaws that provoke and express rage at a small minded drab world of rigid sexual roles. The book, which aims to help raise money for LGBTQ homeless youths in America, is currently on sale for £60

‘However, for every one of those wonderfully defiant clowns, there are others who come at it from a more naturalistic, romantic direction. There are performers who strike a balance between the traditionally beautiful and the political.

‘Drag is a theatrical convention that can embrace an endless range of creativity. There are no boundaries.’

The Ali Forney Center, a New York based not-for-profit, will be the recipient of Mr. Kramer’s profits from sales of the book.

AFC is the largest agency dedicated to LGBTQ homeless youths in America-assisting nearly 1,400 youths per year through a 24-hour Drop-In Center which provides over 70,000 meals annually, medical and mental health services through an on-site clinic, and a scattered site housing program.